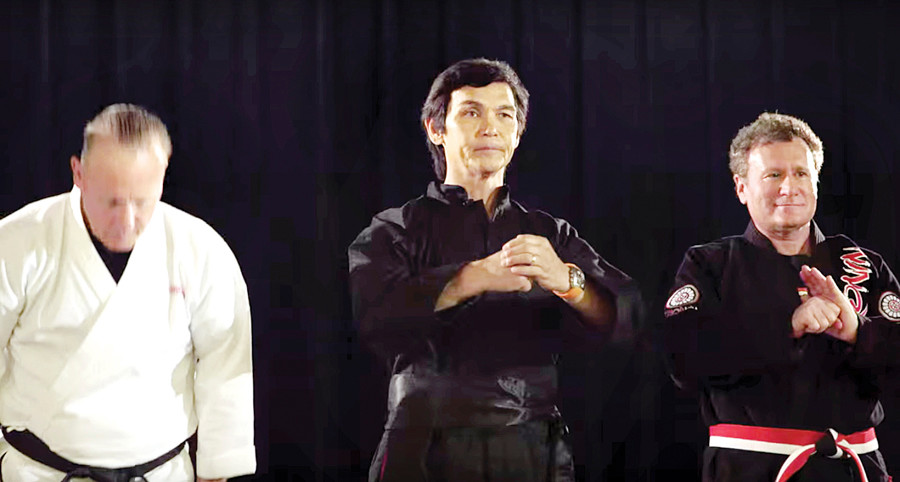 Maurice Elmalem has come a long way since being bullied as a child in Morocco.

The now-grand master of various martial arts faced constant harassment and discrimination for his Jewish heritage until he moved to Marseilles, France with his family when he was 9.

“In Morocco, we were bullied everyday,” Mr. Elmalem recalled. “I remember getting out of school, I was getting involved in all kinds of street fights with our neighbors, you know, for no reason.  That was one of the real reasons I needed to learn to defend myself and martial arts was the answer.”

Mr. Elmalem’s family eventually emigrated from France to Israel in 1963, then reaching the U.S. when the young man turned 17.

Mr. Elmalem studied martial arts throughout most of his childhood and into adulthood.  He now runs a dojo at 684 Britton St., has won eight world championships and holds seven Guinness World Records.

He also recently produced a movie, “The Martial Arts Kid,” which is set for release in select theaters on Friday, Sept. 18.

“‘The Martial Arts Kid’ focuses mostly on bullying and a kid that gets in trouble with his neighbors in Florida and has to move to California and he’s being bullied by other kids,” Mr. Elmalem said. “He decided to learn martial arts to defend himself.”

The movie has its roots in Mr. Elmalem’s own experience with bullying as a child, and he said he made sure the film focused more on family-friendly themes than violence.

“They’re learning martial arts through the movie and trying to use it in the most educational way,” he said. “So far, we have had a great response.”

“I’m also heading to Los Angeles to be honored in the Martial Arts History Museum,” Mr. Elmalem said. “I’m trying to bring out, I guess, the good sportsmanship out of everyone in regarding this very nasty subject of bullies, which everybody goes through.”