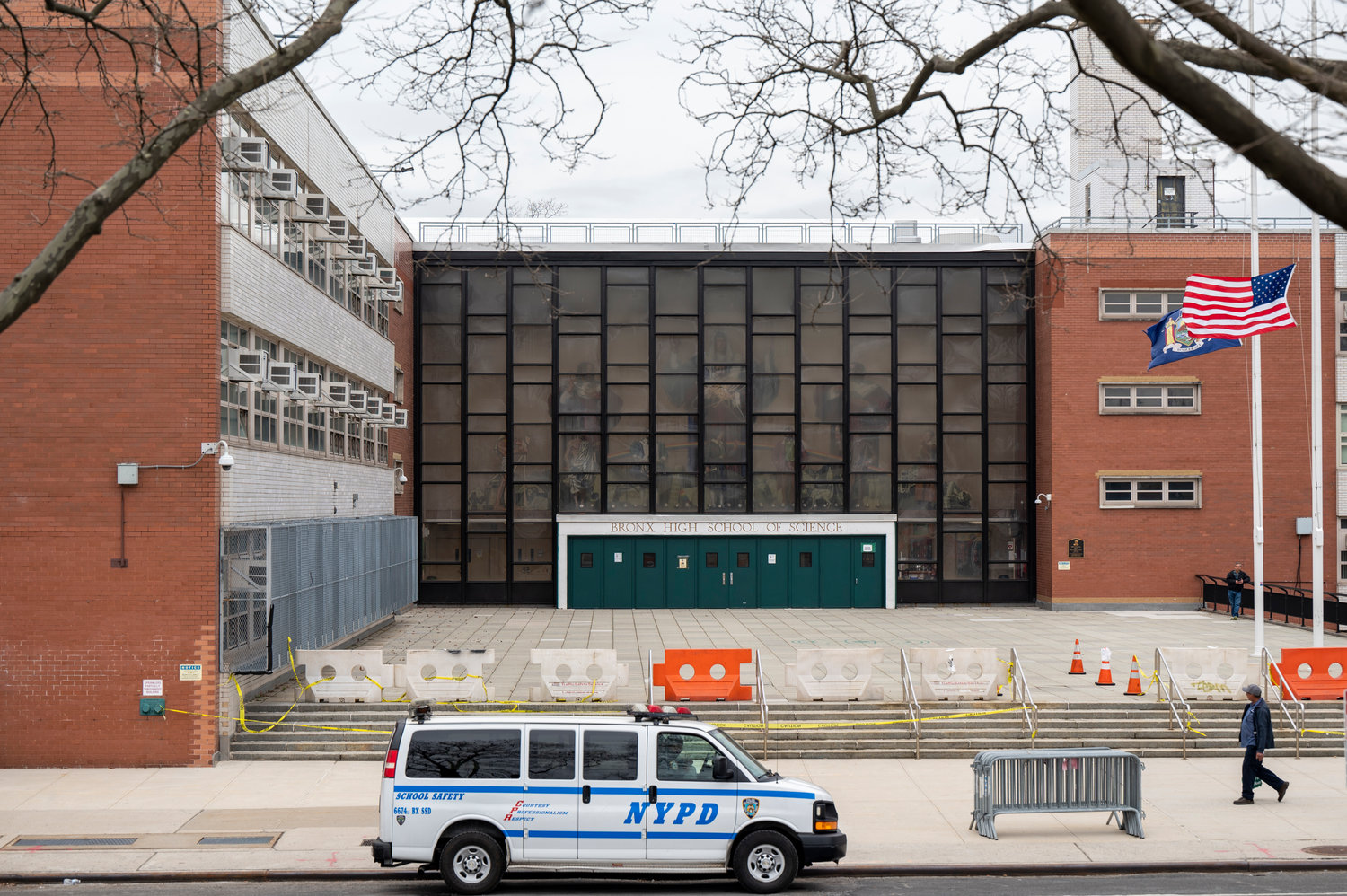 The Bronx High School of Science is one of the city’s nine specialized high schools. Although admission is technically open citywide, getting in requires a high score on the Specialized High School Admissions Test. That’s all thanks to a state law known as the Hecht-Calandra Act. And it’s something some potential city leaders would like to make a piece of history.
HIRAM ALEJANDRO DURÃN 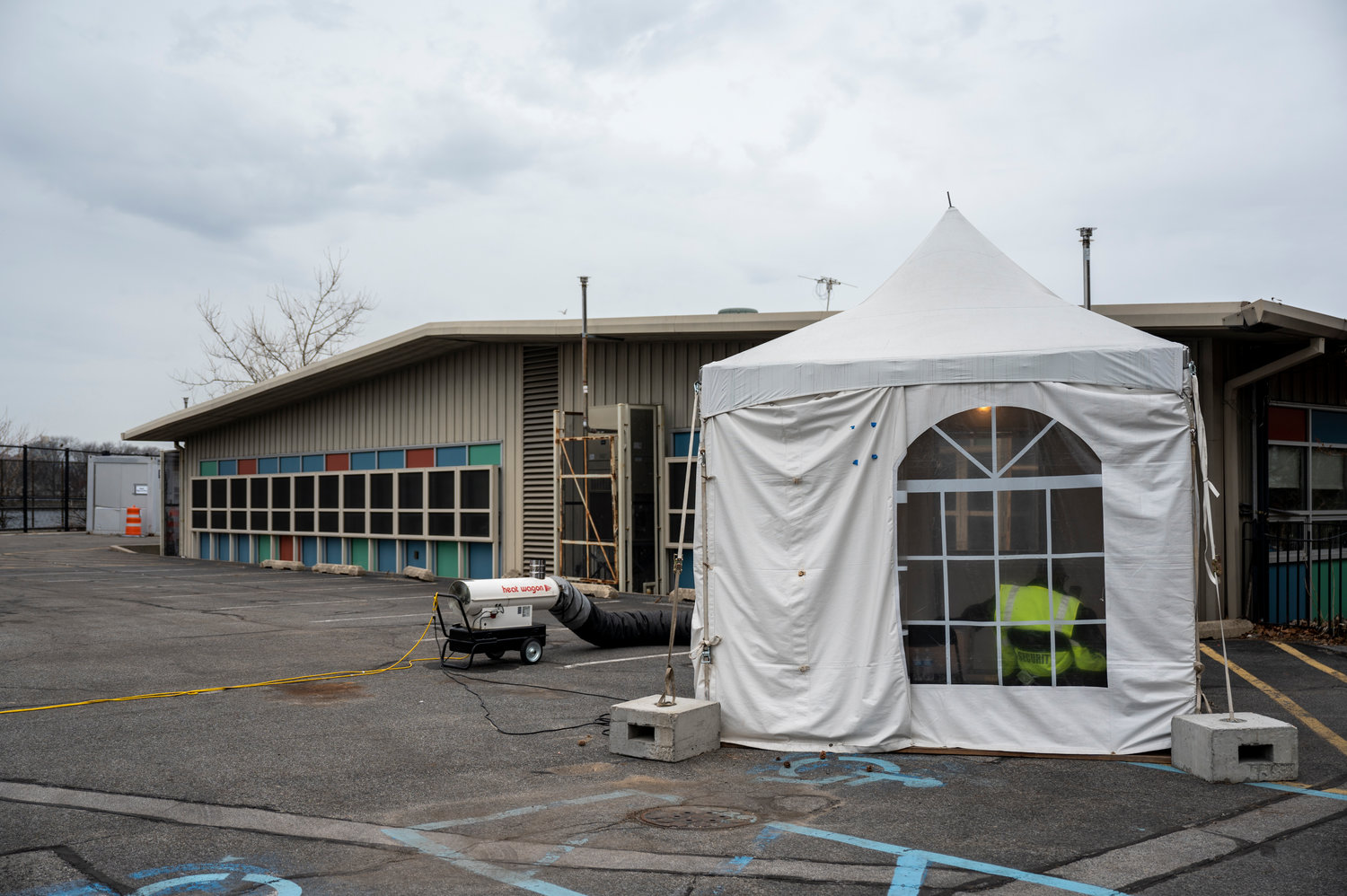 With the exception of Fiorello H. LaGuardia High School, admission to the city’s specialized high schools is based only on a student’s score on the Specialized High School Admissions Test. However, some of the candidates in the city’s mayoral race are looking to change this policy — even if it means striking down a state law to do so.
HIRAM ALEJANDRO DURÃN 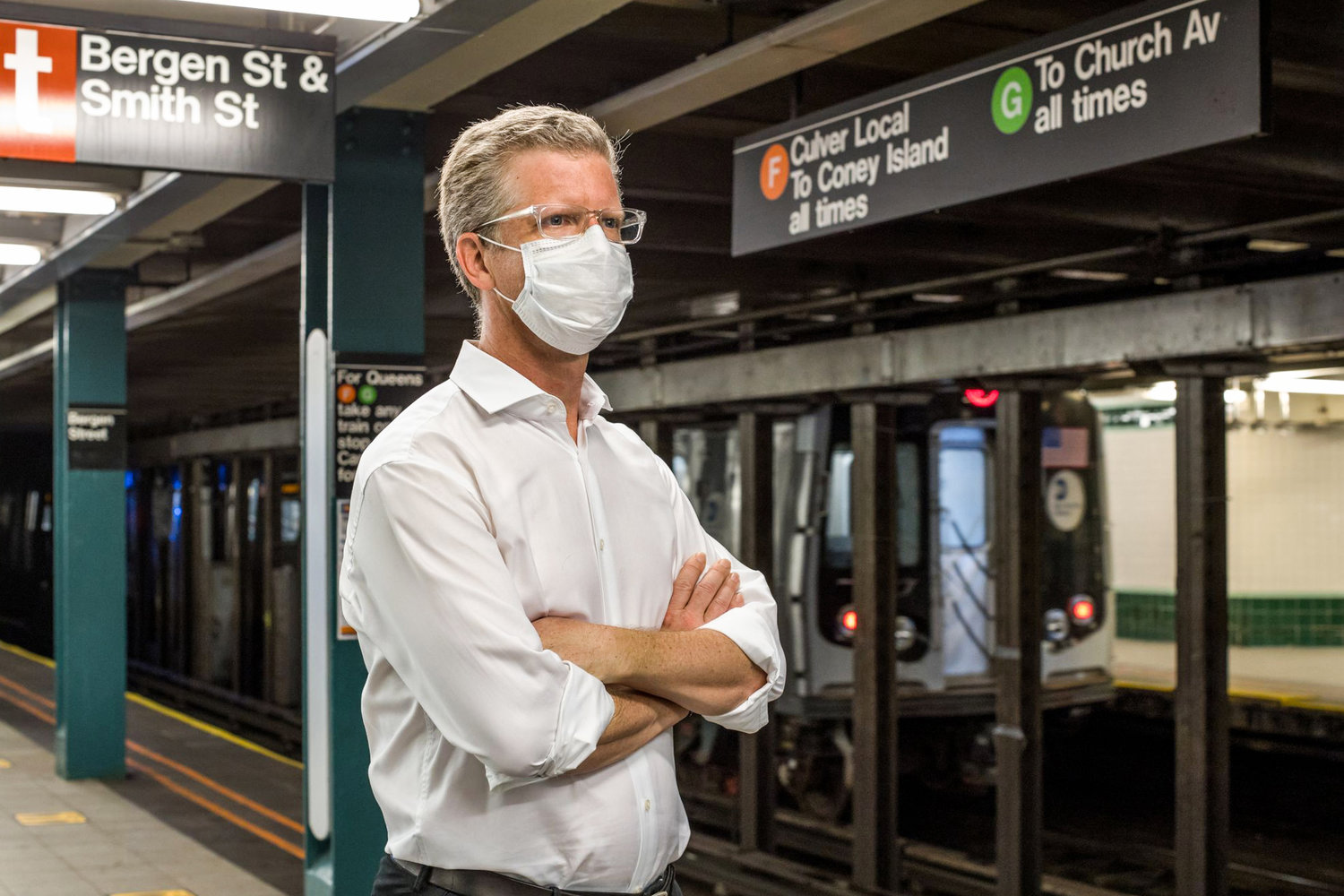 While former HUD secretary Shaun Donovan certainly sees an issue with the racial disparities in specialized high school admissions, he’s not sure if getting rid of the Specialized High School Admissions Test is the way to go — although he doesn’t think it’s completely out of the question.
Courtesy of Shaun Donovan for New York 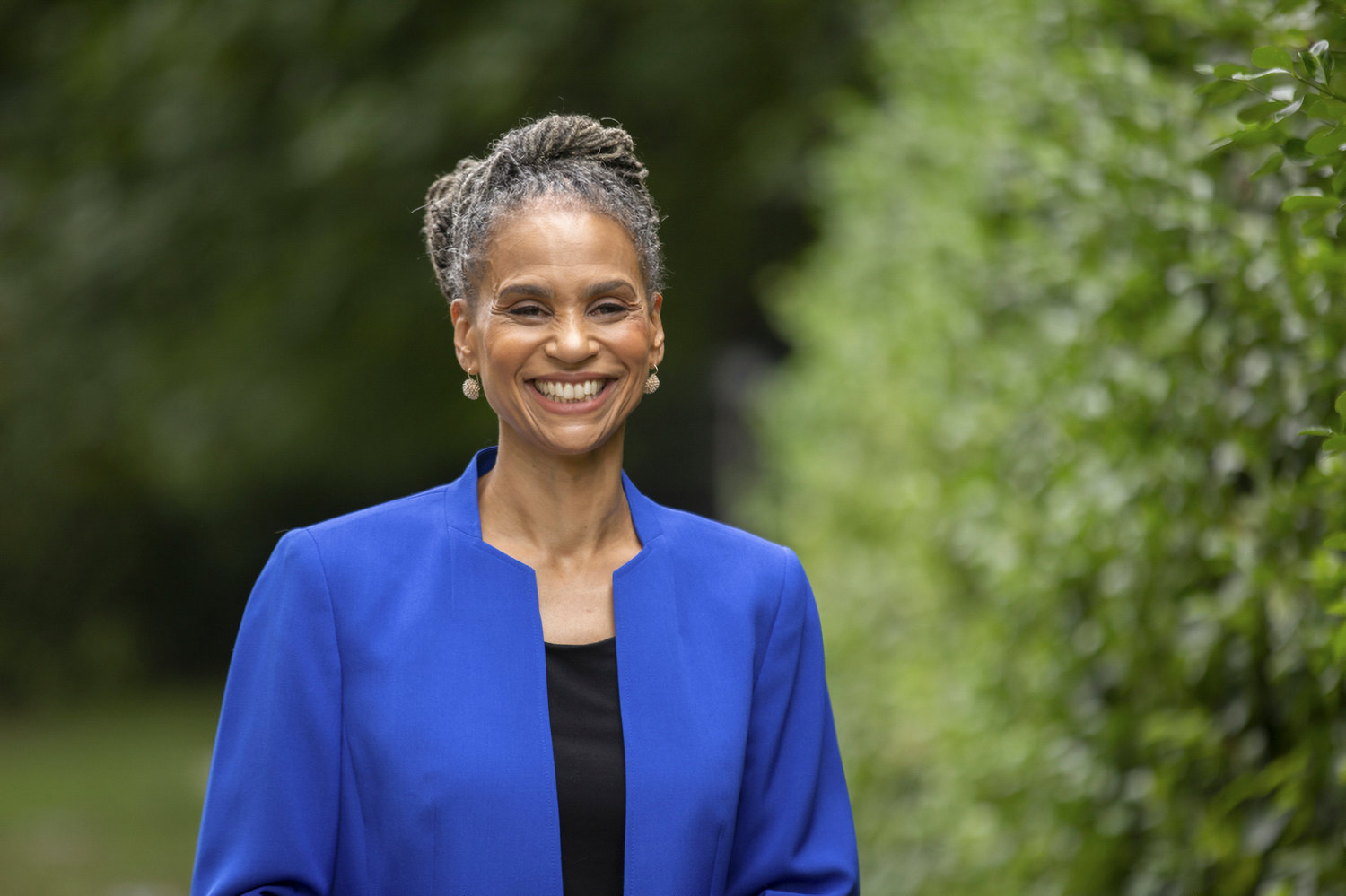 Attorney Maya Wiley knows there are issues with educational equity in the city. But she thinks the conversation needs to begin before high school — even as early as gifted and talented program admissions in kindergarten.
Courtesy of Maya Wiley for Mayor
Previous Next
By ROSE BRENNAN

There are only nine of them. And they stand at the forefront of academic excellence, as most of them require a standardized test for admission.

No, it’s not the Ivy League. But in the city, these institutions might as well be — at least when it comes to public high schools.

These specialized high schools are sprawled out across all five boroughs: Three in Manhattan, two each in the Bronx and Brooklyn, and one each in Queens and Staten Island. And with the exception of Fiorello H. LaGuardia High School — which considers auditions and artistic portfolios — they all require prospective students to take the Specialized High School Admissions Test. Some 30,000 junior high students sit for this exam each year, but only a fraction of them will succeed to making it into one of these elite schools.

Two specialized schools call the Bronx home: the High School of American Studies and the Bronx High School of Science. Like their sister schools in other boroughs, the SHSAT is essentially the be-all, end-all to gain admission. And while they’re technically open to every prospective public high school student, a good score is vital to actually enroll.

That’s thanks to the Hecht-Calandra Act state lawmakers passed in 1971. Admission is contingent not only on SHSAT results, but also a student’s personal preference school ranking. But the 50-year-old law has been the subject of tremendous scrutiny over the years, primarily that other admission factors are being overlooked, such as middle school grades and recommendation letters. And many claim the system benefits white students over all others.

It’s resulted in what appears to be, at the very least, obvious racial disparities. For example, just 10 Black students were admitted to Stuyvesant High School’s Class of 2024. And according to Chalkbeat, less than 5 percent of specialized high school admission offers were made to Black students. Another 6 percent or so were made to Latino students. In comparison, those two populations make up about 70 percent of the public school system’s student body.

Hecht-Calandra and the SHSAT continue to be scrutinized, and if the city’s next mayor hopes to address segregation in the city’s public school system, they’ll certainly need to reckon with both. At least when it comes to specialized high schools.

Mayors have final say in public school decisions. And depending on who that next mayor is, there’s a wide range of what could be in store for Hecht-Calandra and the SHSAT.

Like making the test history — something Dianne Morales intends to do if she is elected in November. A Stuyvesant graduate herself, Morales knows firsthand about stressing over the SHSAT. It also opened her eyes at a young age, allowing her to peer into what she says are inequalities in the system.

“Not only did I navigate this system when I was a student, but I’m also the only former educator in the race,” Morales said in a statement to The Riverdale Press. “Both of my kids dealt with the public school system here, so I have firsthand experience with the barriers that are in place to access educational opportunities.”

Morales thinks one of the ways to desegregate the city’s public school system is by getting rid of the SHSAT.

But that would also mean getting rid of Hecht-Calandra, which would be a bit out of her purview if elected mayor since it’s a state law. Nevertheless, Morales committed to pushing Albany lawmakers to repeal it.

But the answer isn’t just abolishing the SHSAT and replacing it with another admissions screen. To Morales, that would only perpetuate the educational inequalities she’s setting out to remove.

“We don’t need to create more barriers to education, we need to eliminate them,” she said. “The SHSAT represents a one-size-fits-all standardization that does not adequately represent the ability and full potential of our students.”

Former HUD secretary Shaun Donovan sees an issue with basing admission to the city’s most prestigious high schools on the results of a single test. But he’s not sure repealing Hecht-Calandra and getting rid of the SHSAT is the way to go just yet — although the option is still on the table.

“We should be very clear that 10 Black students this year (and) seven last year at Stuyvesant is completely unacceptable,” Donovan told an education law and policy panel last February. “I believe we can take that on, modify the test, and if necessary — if we don’t get results — get rid of it.”

Wiley’s time as a co-chair for a school diversity advisory group allowed her an opportunity to look at students beginning kindergarten in the gifted and talented program. There, she saw just where some of the education system’s inequalities were beginning.

“By and large, people had to pay money to test prep their 4-year-old for the gifted and talented tests,” Wiley said. “We were hearing stories of people spending $2,000 on test prep for a 4-year-old.”

That creates significant barriers for many families who don’t have the financial resources to explore such advantages.

Few, if any, believe reforming the city’s education system is an easy task. But Morales thinks it’s possible, if mayoral candidates commit to doing it.

“Desegregating our schools will take much more than the removal of tests and screenings,” she said. “Every student is talented and gifted. Every student deserves access to quality education.”