McGrath one of 10 women to earn STEM scholarship 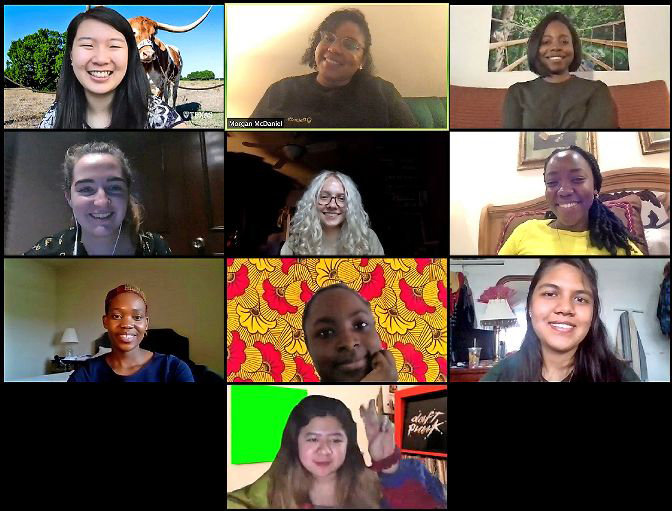 Although she was unable to do so in-person, Grace McGrath (second row, center) was able to attend a full-day professional development session hosted by Palantir Technologies. The organization selected her as one of 10 college students in North America to be recognized as a Women in Technology Scholar.
Hiram Alejandro Durán 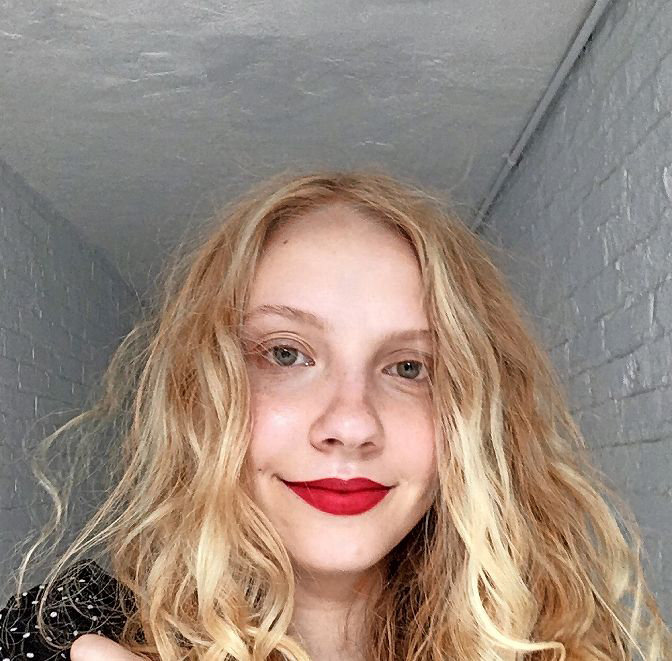 Riverdale’s own Grace McGrath was selected as one of 10 Palantir Women in Technology Scholars. An electrical engineering major, she’s already started her junior year at City College of New York.
Hiram Alejandro Durán
Previous Next
By ROSE BRENNAN

These days, participating in online videoconferencing calls have become mundane. But when a particular Zoom call is open to just 10 people across North America, it can become exciting and new all over again.

Such was the case for Grace McGrath, a Riverdale resident and junior at City College of New York, selected as one of 2020’s Palantir Women in Technology Scholars. And that’s no small feat, as she stood among only nine other women representing colleges across North America, including Yale and Cornell universities.

McGrath’s interest in STEM really kicked off when she was in high school. She enjoyed computer science, but also “fell in love with” physics. So as college approached, McGrath began looking for a perfect fusion of interests she could pursue as a major.

“I was like, ‘Let me find something that combines my interest in computer science and computers, as well as my interest in physics,’” McGrath said. “I decided to go with electrical engineering because I was interested in learning more about the hardware.”

Once she began studying at City College, McGrath joined clubs focused on science, technology, math and engineering. She sees her membership in Women in Technology and Entrepreneurship in New York — better known as WiTNY — as particularly pivotal.

The program matches students with winter and summer internships in their respective fields.

And the companies the women get matched with aren’t just mom-and-pop engineering start-ups. McGrath scored an internship at Bitly, a tech company many might recognize whenever they need to shrink a URL down to size.

WiTNY “definitely set me up to be successful and be able to apply for scholarships,” McGrath said. “I’ve definitely learned a lot, and I’m so grateful for that.”

McGrath also is involved in several other STEM organizations at City College, receiving a Turner Construction engineering scholarship last year through the Society of Women Engineers — another organization fighting for women’s equity and accessibility in STEM fields.

Through all of this, McGrath remains one of City College’s top students. She’s enrolled in its honors college and is on the dean’s list. She‘s also a part of the national engineering honor society, Tau Beta Pi.

McGrath learned of Palantir Technology’s scholarship through her women in computer science club. The Denver-based Palintir is a company focused on data analysis, reportedly earning its name from the magical “seeing stones” featured in J.R.R. Tolkien’s “The Lord of the Rings.”

As a Women in Technology Scholar, McGrath was awarded a $7,000 grant she could apply toward college tuition and other expenses. She also attended a full-day professional development workshop hosted by Palantir.

Normally, that workshop would be held in-person at Palantir’s Palo Alto, California, facility, coming complete with an all-expenses paid trip there and back. But because of the coronavirus pandemic, that trip wasn’t possible for McGrath’s cohort of scholars.

But Palantir remained committed to the professional development day they’d promised, instead hosting it over Zoom. For McGrath, that day was priceless, regardless of whether she was crossing the county in plane or not.

“It’s not the same as going out there, but I still got to talk to all the same people, and we still had the same workshop,” she said. “I got to speak to a lot of different engineers and people who work at Palantir, and just got a lot of advice about starting your tech career.”

Why is there a focus on women’s professional development in STEM fields, specifically? Regardless of gender, the math- and science-heavy subjects could be challenging to almost any student. And women in those fields might need an extra boost — not because they’re less talented, but because they’re less represented.

Engineering of nearly any specialty continues to be one of the most male-dominated disciplines in the United States. A Georgetown University study showed that 9 out of 10 students majoring in McGrath’s field of electrical engineering were men.

The STEM gender gap might present a less than ideal landscape for women hoping to pursue careers in them. But scholarship programs like Palantir’s exist to combat that gap, McGrath said. And their continued existence might create a brighter future for women who want to pursue STEM — not to make a statement, but because it’s what they like to do.