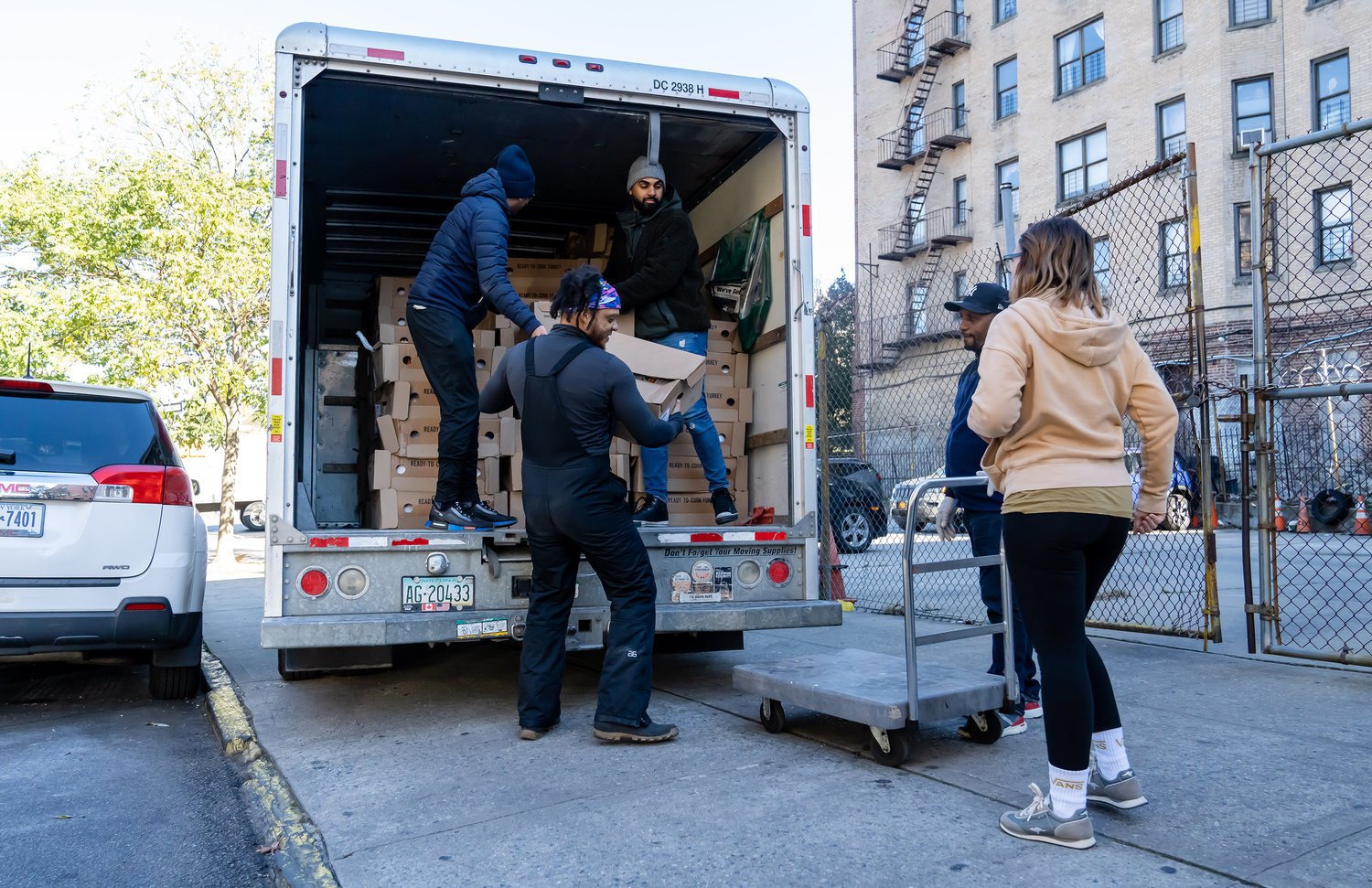 Members and volunteers with the Oyate Group unpack frozen turkeys from a truck at 3340 Bailey Ave. Tuesday morning. The turkeys were among 200 that the non-profit distributed to area organizations that will go to those who go hungry.
Courtesy of Oyate Group
By Gary Larkin

Riverdale will be represented during this year’s Macy’s Thanksgiving Day Parade. Navy Snell, a third-grader at P.S. 81 Robert J. Christen School, and her mother, Lavasia Minus, of North Riverdale will be on two separate floats Thursday.

Snell will join gospel singer and actor Kirk Franklin on the “Christmas in Town Square” float as part of Lifetime’s float marketing a movie that will air on the channel during the holidays. Franklin has partnered with Lifetime on the movie “The Night Before Christmas.” The Grammy award-winner is best known as an American choir director, gospel singer and songwriter. He has led such choirs as The Family, God’s Property and One Nation Crew.

When Snell first found out she would be on the float, she was excited and nervous. “I was like, ‘what do you mean?’” the 8-year-old said. “I thought it would be like me being alone on the float.”

When she told her classmates at P.S. 81, she said they were happy for her. Her teacher, Brigid Phelan, and her classmates said, “That’s so cool. That’s really something.”

Her mother will be on the “Celebration Gator” float, which is sponsored by Louisiana tourism department. The float, which is the longest one in the parade, will feature performances by Trombone Shorty and Orleans Avenue.

The Oyate Group, which fights poverty and food insecurity throughout the Bronx, did its part for those who are hungry by giving out about 2,000 turkeys to various community organizations.

“Since Friday, we have give out 2,000 turkeys,” said Jason Autar, Oyate Group’s chief operating officer. “We see it as a multi-pronged effort for us and to provide an access point to tackle food insecurity.”

“We understand the limitations that the abundance of food deserts across New York City imposes onto its residents,” said Tomas Ramos, founder, president and chief executive of Oyate. “Everyone deserves a turkey for Thanksgiving, regardless of where they come from or what resources they have access to.”