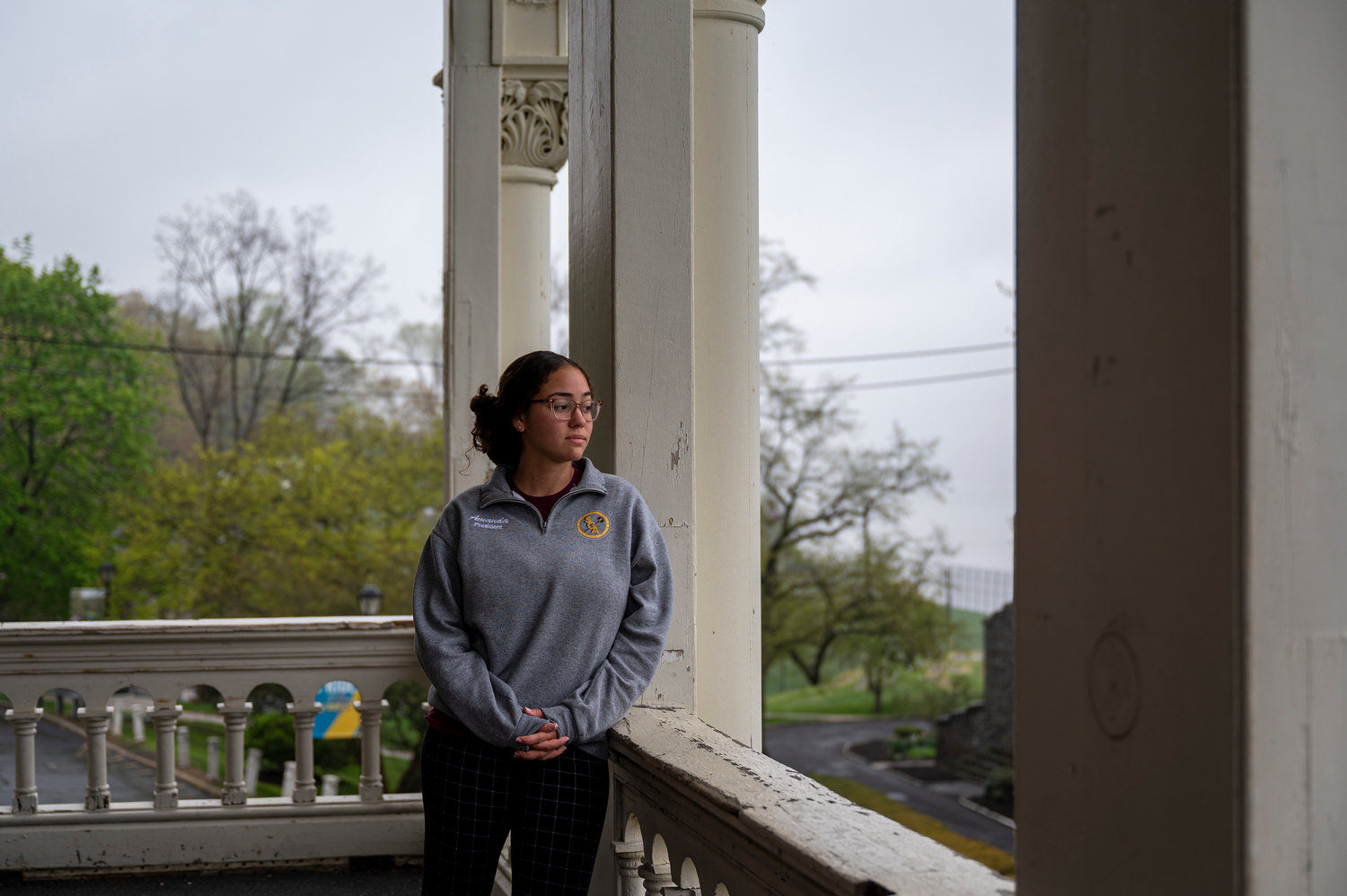 Amanda Solano comes from a single-parent household and is considered one of the students who need help to stay in school to continue her education in the sciences. With the National Science Foundation scholarship approved in 2021 Solano can afford to pay for college and textbooks during her undergraduate years.
Hiram Alejandro Duran 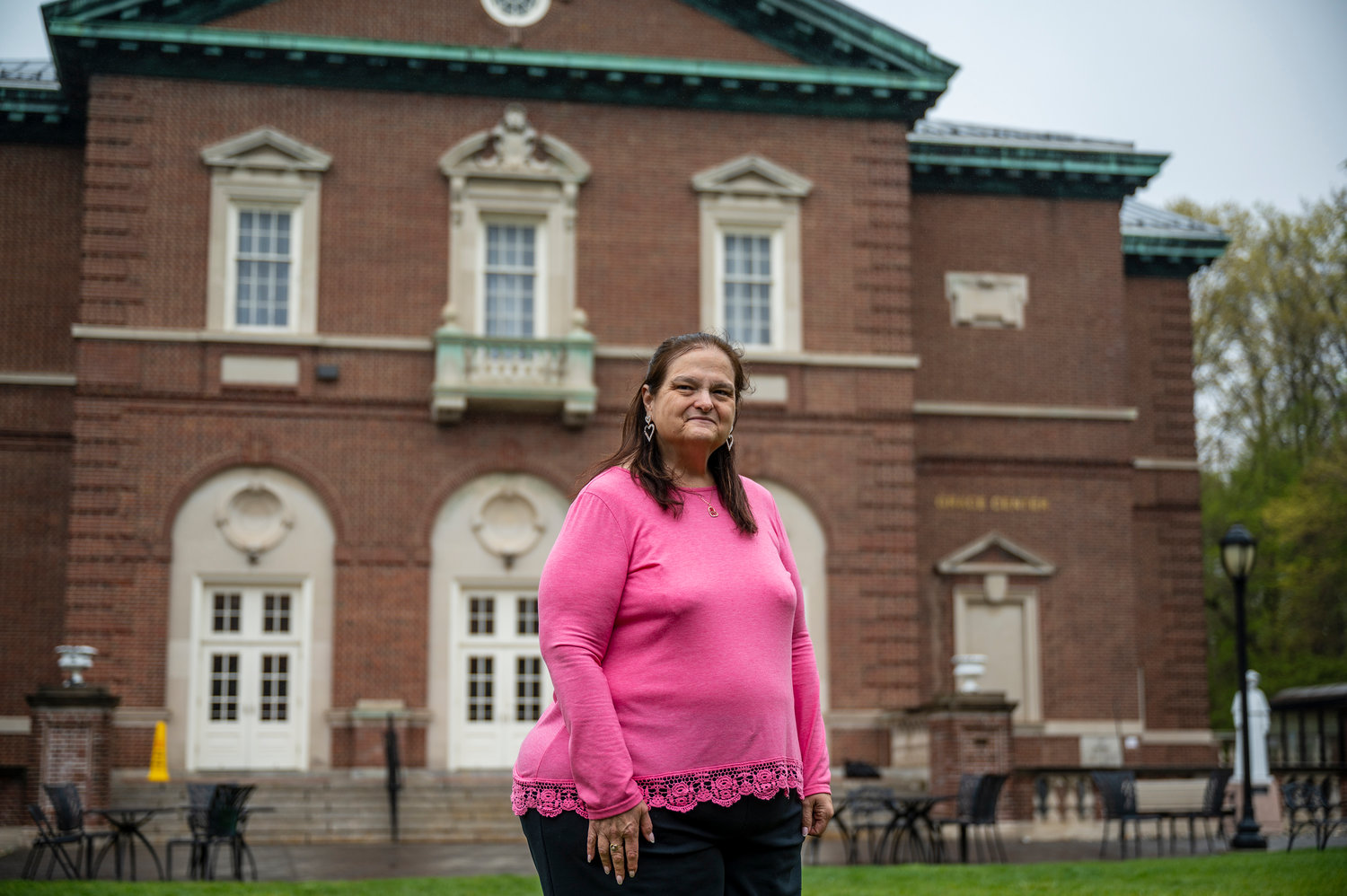 Director for the Divisions of natural science Pamela Kerrigan joined the College of Mount Saint Vincent 28 years ago. Growing up in the south, she decided to put herself through school to gain an education — and she was the first in her family to achieve this.
Hiram Alejandro Durán
Previous Next

We’re trying to show them the real-world applications for what they’re learning because they don’t see a purpose.”
PAMELA KERRIGAN, Mount Saint Vincent College natural sciences director
By STACY DRIKS

Every semester the chemistry department of the College of Mount Saint Vincent loses many students due to the complexity of the major.

As a way of halting the annual exodus of students, the college has looked into independent government research grants. Since the Mount is considered an Hispanic-serving institution, the department decided to seek funding from the National Science Foundation. Those grants are designed to keep Hispanic students interested in science, technology. engineering and mathematics-related majors.

Pamela Kerrigan, the director of divisions of natural sciences at The Mount, wants to help Hispanic and other minority students understand that chemistry has a purpose.

Kerrigan has been a faculty member for the past 28 years who loves to see students grow.

“I know what it is like,” said Kerrigan, who can relate to first-generation minority students who are the first in the family to go to college.

Minority students are one of the many groups that need help to improve their learning outcomes because of improper high school education. The poor preparation may be insufficient to support them in their career goals.

Not all high schools are equipped with proper learning material, laboratories or extra services such as tutoring to prepare them for college.

Amanda Solano received $7,000 from the grant to pay for her college tuition. The independent government-sponsored scholarship is tailored to support Mount students to improve education for underserved minorities.

“Chemistry is a second language, essentially, it’s a whole brand-new language that you’re not used to,” Kerrigan said.

Solano will research a way to administer porphyrins — a type of protein in red blood cells as part of a way to combat cancer cells, which have a great amount of water.

Solano is a first-generation student being brought up by a single parent. She said she never had any extracurricular or high school chemistry classes. “I’ve never had the resources,” she said. “I can never really ask my mom what’s it like being in college? Or how do I do this? It was a lot on my own.”

More than half of chemistry majors realize that the courses are highly complex and don’t see a connection or find a purpose in studying chemistry towards the end of the semester.

Kerrigan told The Riverdale Press that some students couldn’t analyze and synthesize the material in their freshman year. If they barely passed, their sophomore year would be even more challenging.

“Chemistry has been one of the hardest classes that I’ve taken here in the past four years.,” said Matthew Jones, a senior biology major.

Even though Jones finds the course challenging he believes knowledge of the subject is essential.

Jones hopes to attend medical school. However, he will take a gap year to gain clinical experience. He is a cadet in the Yonkers emergency medical service academy.

As a cadet, Jones has training in CPR and helps emergency medical technicians with face on patient action as they transport them to hospital and bandage wounds.

The Mount announced a pilot program this past January through the NSF grant that is called STEM Education: Hispanic-Serving Institutions.

The demand for applicants with STEM degrees and STEM-related skills continues to increase and Hispanic students are significantly underrepresented.

The non-partisan fact tank, Pew Research Center took interest in this issue and conducted their own study in April. Their researched showed positive light on the Hispanic community however, it was just barely.

They found that Hispanic STEM force workers make up to 8 percent of the total work force, which slightly higher than last year.

The STEM grant for students in Hispanic Served Institution will provide 10 undergraduate Mount students with a total of $200,000 in funding for two years.

“We’re excited to see how these interventions will help the students in their STEM courses going forward,” Kerrigan said in a statement.

The college hopes to apply for the second phase of the grant in 2024.

This summer, general chemistry students have the chance to self-nominate themselves to join the two-week, two-credit program between their first and second years of organic chemistry.

The cohort will expose them to milestone practices that are requirements for their major.