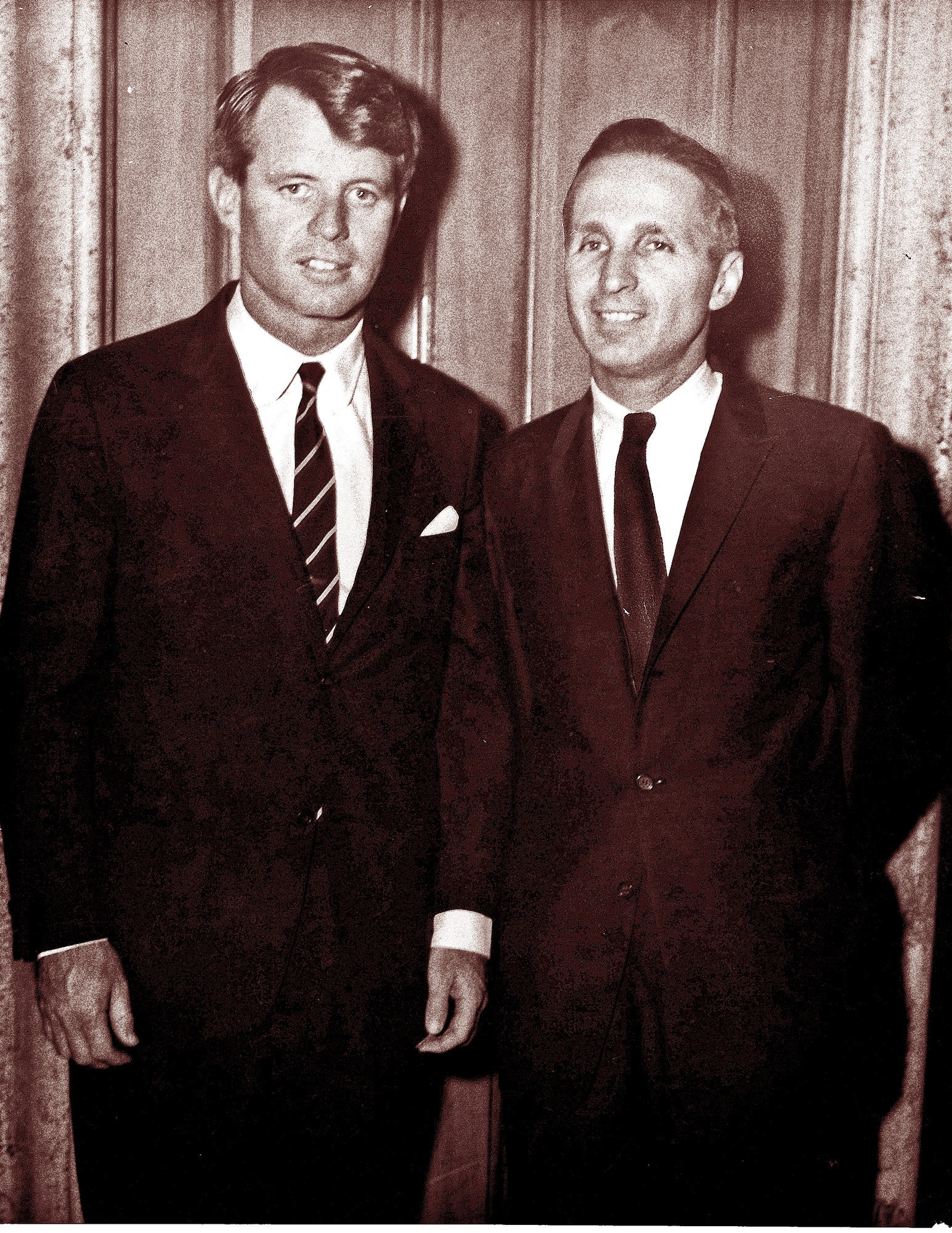 Benjamin Altman, right, aidedRobert F. Kennedy's campaign for the Senate before running himself for state Assembly. 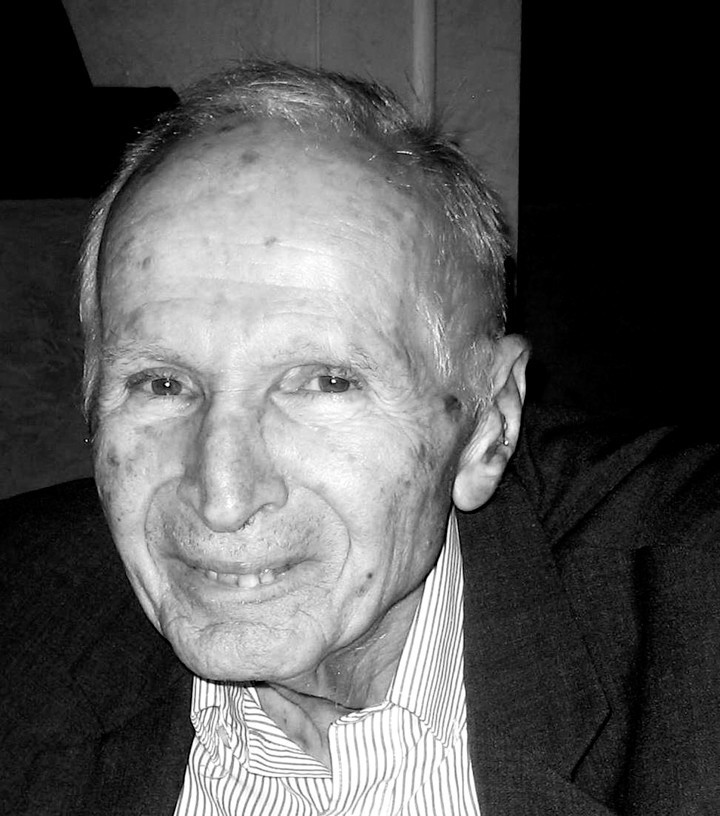 The legal community knew Benjamin Altman, who died on June 25 at the age of 95, as an indefatigable legal scholar who toiled in the court systems of several counties until near the end of his life.

But Riverdalians of a certain age may remember him better as the man who used his virtuosity as a violinist to bring attention to his successful 1965 campaign for the New York State Assembly.

At the time, the Benjamin Franklin Reform Democratic Club was in the ascendancy in its battle to dethrone Charles Buckley, the powerful political leader of Bronx County. Mr. Buckley — who had been instrumental in delivering the borough to John F. Kennedy in his race for the presidency — had lost his seat in Congress in 1964 to Riverdalian Jonathan Bingham, a staunch reformer.

The club anointed attorney Robert Rubinstein as its candidate for the Assembly seat being vacated by Fred W. Eggert and the “regular” Democrats tapped Mr. Altman, who had worked closely with the president’s brother, Robert Kennedy, and helped prepare him for his successful bid to become a United States senator from New York.

Mr. Buckley’s “bossism” was a major issue in the campaign, but it was blunted by Mr. Altman’s personal charm and his willingness to endorse reform causes like direct election of the party’s district leaders.

His daughter, Abby Luby, fondly remembers campaigning with her dad when she was just a child. He organized what he called “culture klatches” at the homes of his supporters, where he enlisted her and her sister, Carole, to join him on the cello and piano while he played the violin.

Ms. Luby said that he was nervous about campaigning, and the music relaxed him for the political appeal that would follow the recital. She still recalls her father’s laughter when he read the response from his primary opponent quoted in The Riverdale Press: “Altman fiddles while Riverdale burns!”

National figures threw their support behind each candidate. Mr. Altman could rely on Bobby Kennedy while Eleanor Roosevelt stood with Mr. Rubinstein.

Mr. Altman had gained campaign experience the year before when he was stumping with Kennedy. During the Jewish High Holidays, his daughter recalls, he taught the senatorial candidate to say “good yontif” (happy holiday in Yiddish) to members of his audiences who were Jewish. He’d whisper “now” into Kennedy’s ear to let him know he was shaking hands with a Jewish supporter.

But at one gathering, an Irish immigrant pressed forward and stepped on Mr. Altman’s foot. “Ow!” he cried, and Kennedy wished the Irishman “good yontif.”

Mr. Altman served two terms in Albany, but never warmed to the time away from his Riverdale home. His daughter fondly recalled that he may have been the only assemblyman from New York City who drove back and forth every day so he could spend the night with his wife and family, although at least one of his staffers insists he did spend full weeks at the capital.

A liberal legislator, he did not shy away from controversy, supporting alternatives to incarceration for low level criminals and the legalization of abortion long before Roe v. Wade.

Declining to run for a third term, Mr. Altman moved to Manhattan and joined the administration of Mayor John V. Lindsay as a commissioner of rent and housing maintenance where he distinguished himself by calling for an investigation of price fixing by heating fuel companies.

Mr. Lindsay swore him in as a criminal court judge in 1972. In one of his best known rulings from the bench (later overturned on appeal) he declared that a state anti-loitering law — aimed at prostitutes in the vicinity of the 1976 Democratic National Convention — was too “vague” and “overbroad” and infringed on free speech.

An early opponent of what would become commonly known as sexual harassment, Judge Altman ruled, in 1977, that pinching the buttocks of a person without consent was a crime punishable by jail.

He served on the state Supreme Court from 1978 to 1984, but even after his retirement, he continued to serve as an arbitrator and a kind of substitute judge. “He was addicted to the world of law,” his daughter said, commuting from the home he purchased in Monticello, N.Y., in the mid 1990s to work as a judicial hearing officer in Bronx, Queens, Manhattan and Westchester.

He was a referee for the state court’s departmental disciplinary committee and a member of the bar association’s character committee.

Mr. Altman was born in the Bronx and grew up on Crotona Park East. His Russian immigrant parents ran a neighborhood Laundromat. They sent him to public school, but soon recognized that he and his brother Sam were musical prodigies. Ben played violin and Sam was a pianist. As teenagers, the boys were apprenticed to a famous teacher in California, his daughter recalls.

Sam died very young, but Ben went on to study at Philadelphia’s Curtis Institute of Music, where he was as a schoolmate of Leonard Bernstein. Ben played with the Philadelphia Orchestra and the St. Louis Symphony, and under the baton of such renowned conductors as Eugene Ormandy, Arturo Toscanini and Andre Kostelanetz. He also appeared on the Arthur Godfrey television show.

Even as he was building his musical career, he was drawn to the law, studying at New York University law school during the day, racing home to Riverdale to help his wife, Bernice, with their young children and then heading back downtown to play his violin.
Upon graduation from law school, he joined the Madison Avenue firm of Eisman, Lee, Korn, Sheftel and Bloch, but he was soon drawn to politics, serving as chief research counsel to Senate Minority Leader Joseph Zaretsky.

He married Bernice Berman, his high school sweetheart, in 1939 and raised three children in Riverdale. The couple was very active in community affairs, especially as founding members of the Riverdale Temple. In later years, they split their time between Florida and Monticello, NY, before Ms. Altman died in 2001. Mr. Altman remarried in 2003 to Helen Margulis, who died in November 2012.

He is survived by his son, Sanford, and his daughter, Abby Luby, and is predeceased by daughter Carole Nachamie.