Mural is a testament to a mother’s fight for justice 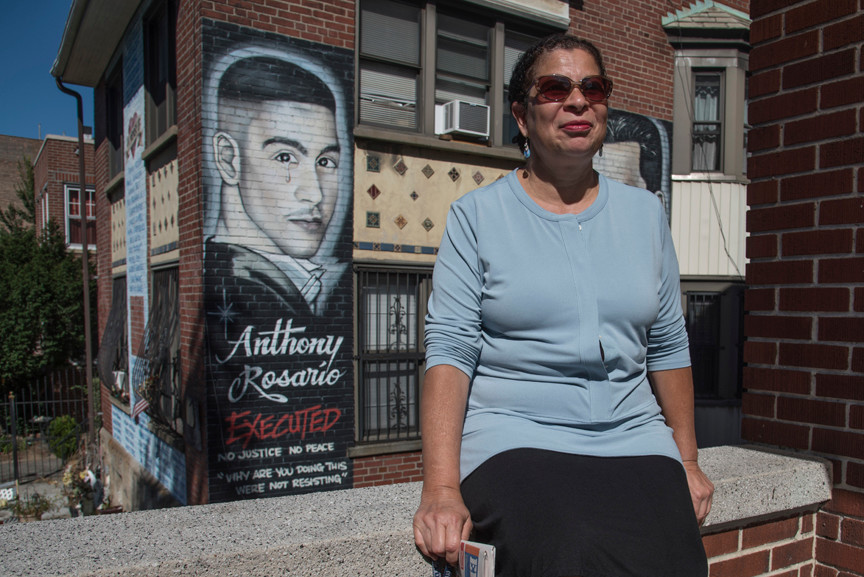 Margarita Rosario sits in front of a mural in memory of her son, Anthony Rosario and nephew Hilton Vega.
David 'Dee' Delgado
by Anthony Capote

To see Margarita Rosario’s home is to see a mother’s pain.

On the two-story walk-up’s south side is a mural of her son Anthony Rosario and nephew Hilton Vega, both of whom were shot to death by police in Morris Heights 21 years ago, and facing the street, are the names of many others who have been killed by police, in cases spanning as far back as the 1960s and as recent as the early 2000s.

Two detectives investigating a robbery in Morris Heights fired at Mr. Vega and Mr. Rosario in 1995. In all, 28 bullets reportedly hit the men, most of them in the back.

For 14 years, Ms. Rosario fought for what she saw as justice for her son and nephew.

Although no criminal charges were ever filed, the Civilian Complaints Review Board said the officers had likely used excessive force. The NYPD never took action on that decision. It was not until 2009, when the city settled in a lawsuit for $1.1 million, that she was able to find some semblance of retribution, she said.

Ms. Rosario, a founding member of the advocacy group Parents and Families Against Police Brutality, says she painted the murals on her home at 2784 Claflin Ave. to commemorate the lives and stories of each of the men and women enshrined.

“Each name has its own story, you know,” she said. “You know, after Anthony was killed I started meeting other families and other people and we all started to get together to fight with more force.”

She began telling the stories behind some of those names, some of them recognizable from newspaper headlines – such as those of Patrick Dorismond, who was shot in the chest by undercover police officers in 2004 during a scuffle, or of Gidone Busch, a mentally disturbed Jewish man who was shot by police while wielding a hammer.

“I wanted to show that it’s not only Latinos and black people getting killed [but] that any nationality could end up getting killed,” Ms. Rosario said. “Of course, most of the people are Latino and black, but it could happen to anyone.”

Ms. Rosario said she doesn’t have enough space on her home to add anymore names on the wall, but recent high profile deaths of people like Eric Garner, Tamir Rice and Philando Castile are still of major concern for her.

“Nowadays, even though the police get away with it, it’s out there they can’t just hide like they did 20 years ago,” she said. “I have no space, you know, but it goes to show that it doesn’t stop and police brutality continues.”

To have or not to have permanent open streets