Muses get their due at PS 95 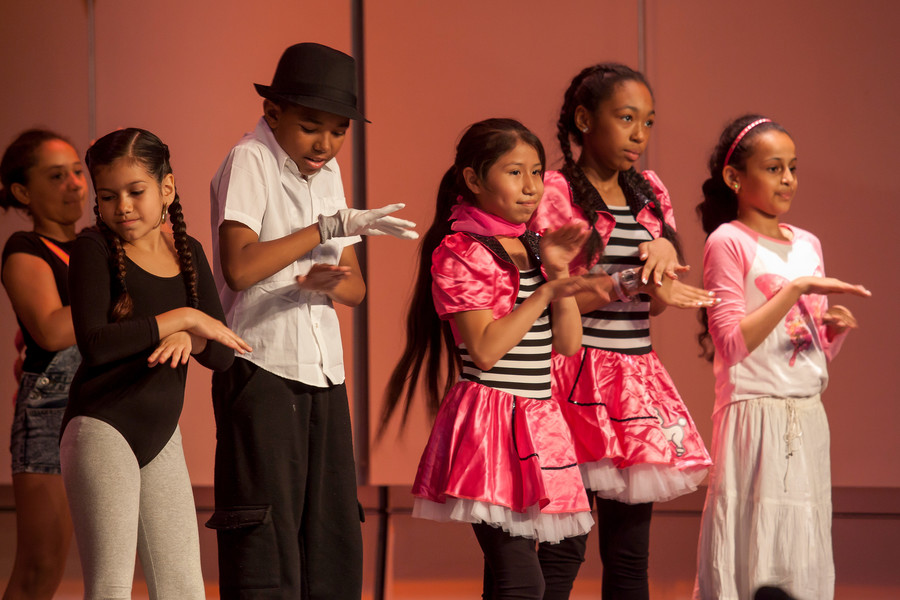 At the end of the Sheila Mencher School’s (P.S./M.S. 95) four-day festival of art, song, dance and photography last week, audience members got on their feet and joined in the revelry. All were singing the Sister Sledge song “We Are Family.”

That’s what the program was all about, according to Principal Serge Davis, “The arts provide the students with a platform to express their intellectual prowess in various forms and it enables the school to have many avenues to address the needs of the whole child,” he said.

Throughout June 17, students hurried about making last-minute preparations. Dance teacher Melissa Perez, the mistress of ceremonies for the festival, was at the center of the maelstrom.

“It’s just so wonderful to see a different side to these students,” she said. “Their sense of humor comes out. Their… quirkiness that we don’t get to see sitting behind a desk. Their creativity when they get to perform their own dances. Their intelligence… when they are asked to create these things on their own.”

At another part of the festival, students constructed houses out of paper and cardboard and mixed paints to create their own colors for the project. Art teacher Linda Sussman said she wanted to spark students’ imaginations and inspire them to continue developing their talents.

“I would like to hope that they got the creative bug, that they could do it without me,” she said. “I am just the facilitator… and now they own the skills. And that’s really the goal.”

Assistant Principal Eileen Rivera listed the virtues of arts education. “They learn about discipline. They learn about the nuances of the art and craft of being a performer, being a musician, being an artist and being a dancer,” she said. “They also learn that it’s about critical thinking and making decisions that help them whether they are reading, writing or doing math or within the arts.”

A group of fifth-grade students called on their creative skills to perform Pentatonix’s “Sing” through clapping, cup tapping, bucket drumming and a recorder. Music teacher Julie Waters said they learned how to read music, rehearse and spot their own mistakes.

“It’s great to know that you have the support from people. They are able to listen and see what you have done,” said sixth grader Diliana Mejia. “It’s good to know that people are always there for you and that your teammates are there to support you if you mess up.”

Seventh grader Peggy Chen, who played in a band, agreed.

“You get to experience teamwork because you can’t have a band with one person. It has to be several people,” she said.