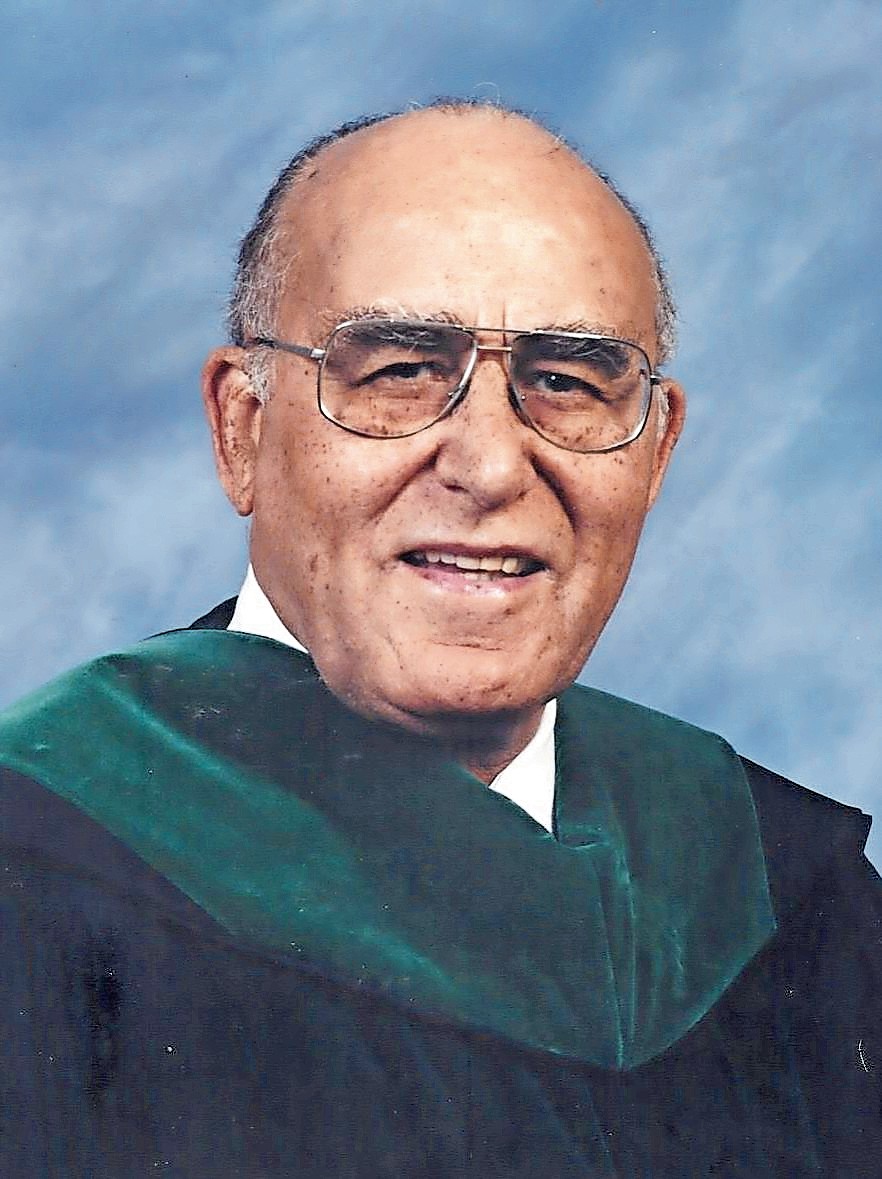 Theodore “Teddy” Robert Stent, M.D., passed away peacefully at 94 years of age on April 29, 2018, surrounded by his cherished wife Jean and his loving family.

A memorial service will be held June 9 at 11 a.m., at the Riverdale Presbyterian Church, 4765 Henry Hudson Parkway.

He was born Jan. 7, 1924, in Charleston, South Carolina, where he grew up the loving son of Amelia Boags Stent and Theodore Camille Stent. At 16, he graduated from Avery Normal Institute, Charleston’s first accredited secondary school for blacks in 1940, and in 1944, received his bachelor’s degree from Talladega College.

As an altar boy and choir member at Charleston’s St. Mark’s Episcopal Church, he developed his lifelong passion and love for music. He also was an accomplished musician and played both the piano and trumpet.

His musical passion continued at Talladega College where he found his musical mentor, Professor Frank Harrison, who became his lifelong friend and godfather to his eldest daughter.

He also studied and loved the sciences. He went on to Meharry Medical College in Nashville where he received his doctorate in medicine in 1948. He served as president of his class for four years, and was an honors graduate.

In medical school, he continued his dual loves of medicine and music as a tenor soloist with the Fisk University Jubilee Singers choir, organized the Meharry singers, and was the co-author of the Meharry alma mater.

He served in the U.S. Army Medical Corps from 1951 to 1953, and was discharged with honors. He moved to New York City where several of his cousins lived, and did both his internship and residency at Sydenham Hospital. He became a staff radiologist at Bellevue Hospital, holding position as associate radiologist at Sydenham.

He was certified by the state education department in 1953, appointed director of radiology at Harlem Hospital, and maintained a private practice at Lenox Terrace. He served on the faculty of Columbia University College of Physician and Surgeons as associate clinical director for 30 years, retiring in 1991. He was a diplomate of the American Board of Radiology, and served as a member of the National Medical Association.

In 1973, he became certified by the American Board of Nuclear Medicine, a conjoining of the American Boards of Internal Medicine, Pathology and Radiology in the then new field of nuclear medicine. He became one of the first nuclear medicine specialists in the country, and was invited to the First World Conference on Nuclear Medicine held in Japan.

He worked tirelessly with the community and its elected leadership to design and build Harlem Hospital as an institution of medical excellence for the Harlem community he loved. He continued to work with local health clinics, including the Adelaide Clinic in Antique, West Indies, and other community-based organizations well past his retirement.

He was co-founder of Intra-American Life Insurance, and served as its vice president and medical director. He was an early investor in what later became Inner-City Broadcasting, started by friend Percy Sutton.

His dual interests and superior talents in science and music always blended well. From 1994 to 2009, he was a soloist and choirmaster at Riverdale Presbyterian Church, and also sang with The Oratorio Society of New York, in addition to serving on their board of directors.

On Jan. 21, 1995, he married Jean Santoiemma at the Riverdale Presbyterian Church, who survives.

Memorial donations may be made to his beloved alma mater Talladega College at Talladega.edu, or checks to the Office of Institutional Advancement, Talladega College, 627 Battle St., W., Talladega, AL, 35160, in the memory of Dr. Theodore R. Stent.