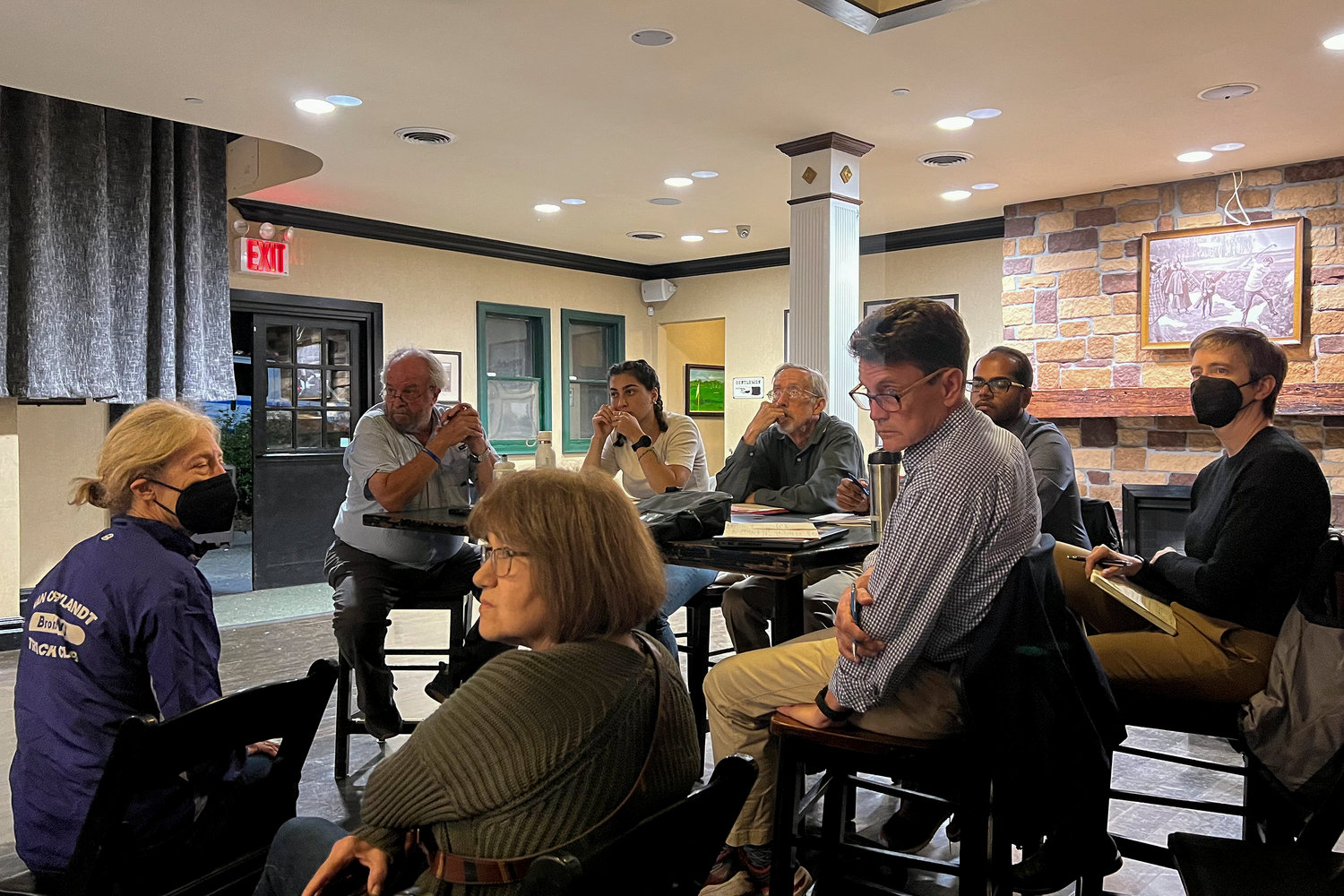 The parks and recreation committee of Community Board 8 met Sept. 28 at Van Cortlandt Golf House to discuss improvements for the northwest Bronx area.
Get more information

Want to know more and join the pickleball community?

Visit USA Pickleball’s website to learn the basics on how to play, where to play it and especially attire at USAPickleball.org

Residents won’t need to play pickleball on a tennis court for much longer in Seton Park, as their voices were heard loud and clear by the city parks department.

“As the sport continues to grow in popularity, we are exploring adding additional courts in the borough,” said Dan Kastanis, senior press officer of the city’s parks department.

Bob Bender, interim chair of the parks and recreation committee relayed the good news to pickleball player and advocate Alex Rosenblum during the Sept. 28 Community Board 8 meeting.

“My office received inquiries regarding the conversion of some of the tennis courts in Seton Park to pickleball courts,” Assemblyman Jeffrey Dinowitz said. “I personally have never played. I support the concept of adding space to play pickleball in our community.”

Alex Rosenblum, a Riverdale resident who also lives in Florida, has spent months lobbying Dinowitz’s office and the CB8 asking the parks department to transform one tennis court in Seton Park into two pickleball courts.

Seton Park, which has six tennis courts, is where Rosenblum oftentimes plays pickleball, which upsets some tennis players.

The agency found a cheaper alternative.

It turns out there is empty space in the Spuyten Duyvil Playground— on the asphalt south of the basketball courts — across the street from Seton Park right next to P.S 24 Spuyten Duyvil.

“That’s the closest they can get,” Bender said.

Carol Stricker, who frequently plays tennis and pickleball, hoped the agency would add a pickleball court in Seton Park, but she thinks the playground is also suitable.

“We need at least two courts with permanent nets that are fenced in, a bench to sit on and to put our things and rest,” Stricker said.

There is also an additional location in the Bronx that the parks department might find suitable at Orchard Beach. However, this location is on the other side of the borough.

“If I need to drive somewhere, it means it is not in my neighborhood,” said Edward Eiseman, a Riverdale resident and a paddleball player who used to play handball.

Eiseman told The Riverdale Press if he needs to drive to exercise or play a sport, he wouldn’t do it. He only drives if it is necessary.

He does not join The Riverdale Y because he needs to drive there. He lives a short walk away from Seton Park on West 239th Street.

His concern is that the Spuyten Duyvil playground won’t work because of noise. In Florida, residents were allegedly against pickleball courts because of the sound of the paddle hitting the ball—similar to a Wiffleball.

Some committee members disagree as they responded there is a basketball court near the vicinity that creates a greater sound. Bender said if there is a noise problem, they will need to address it.

It is a sport that is enjoyable for all ages and skill levels.

The game is not only the fastest growing sport in America but combines many elements the population might be familiar. Pickleball is the combination of tennis, ping-pong, and badminton. It can be played in singles or doubles.

However, residents might not know there is only one pickleball court in the northwest Bronx. That might be because it is often unused and almost hidden in the park. It is located next to a playground on Broadway and Van Cortlandt Park South.

Rosenblum was frustrated after witnessing how the parks added the first pickleball court in Van Cortlandt Park but didn’t maintain it.

The net was collapsing, and there were no protective gates —similar to what most tennis courts have— to prevent the ball from flying away from the court. The game calls for players to chase the ball after it goes off the court.

Rosenblum, who once lived in Brooklyn, made a point that Pier Two near the Brooklyn Bridge, has not only one — but four pickleball courts. His fascination with the sport took off when he bought a place in Florida and realized the growing number of pickleball courts.

Eiseman became interested when he visited his relatives in Florida, where he said that is all they talk about.

Maybe the sport could become as popular as it is in Florida with all the transplanted New Yorkers. And now that the parks department seems to be open to building courts, that could happen.

“It is always our goal to provide a balance of access between all of the various sports and activities that our regular park visitors enjoy,” said Kastanis, the parks department press officer.