Neighbors fight to shield their backyards

Higher density housing is coming, one community leader warns, and it'll be hard to stop 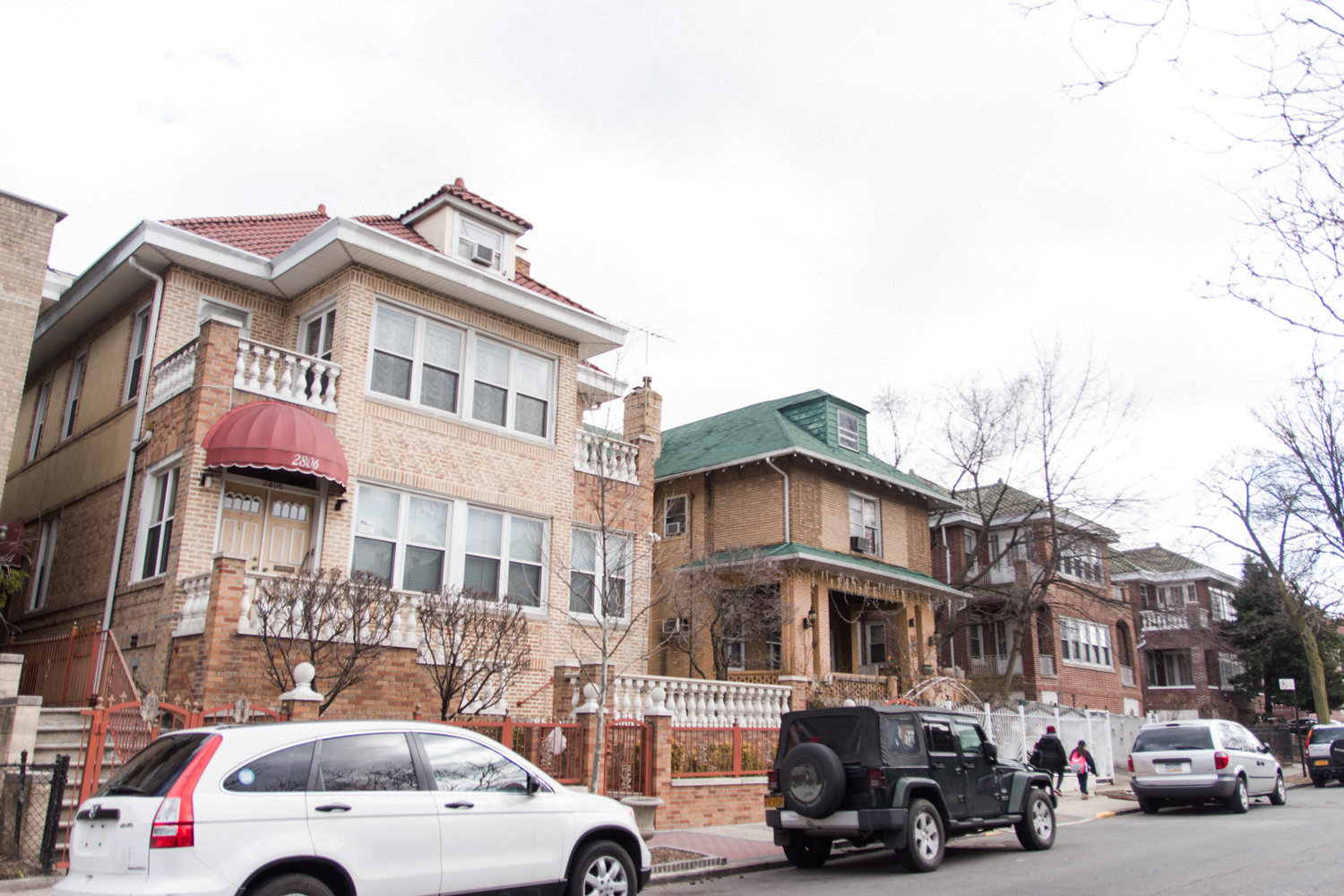 Some fear many of the one- and two-family homes of Kingsbridge Heights could be threatened by a push for higher-density development. While the city council and City Planning Commission clash over changes in long-term comprehensive planning, Community Board 8 seeks to get a better handle of what’s happening in development much closer to home.
AARON MAYORGA 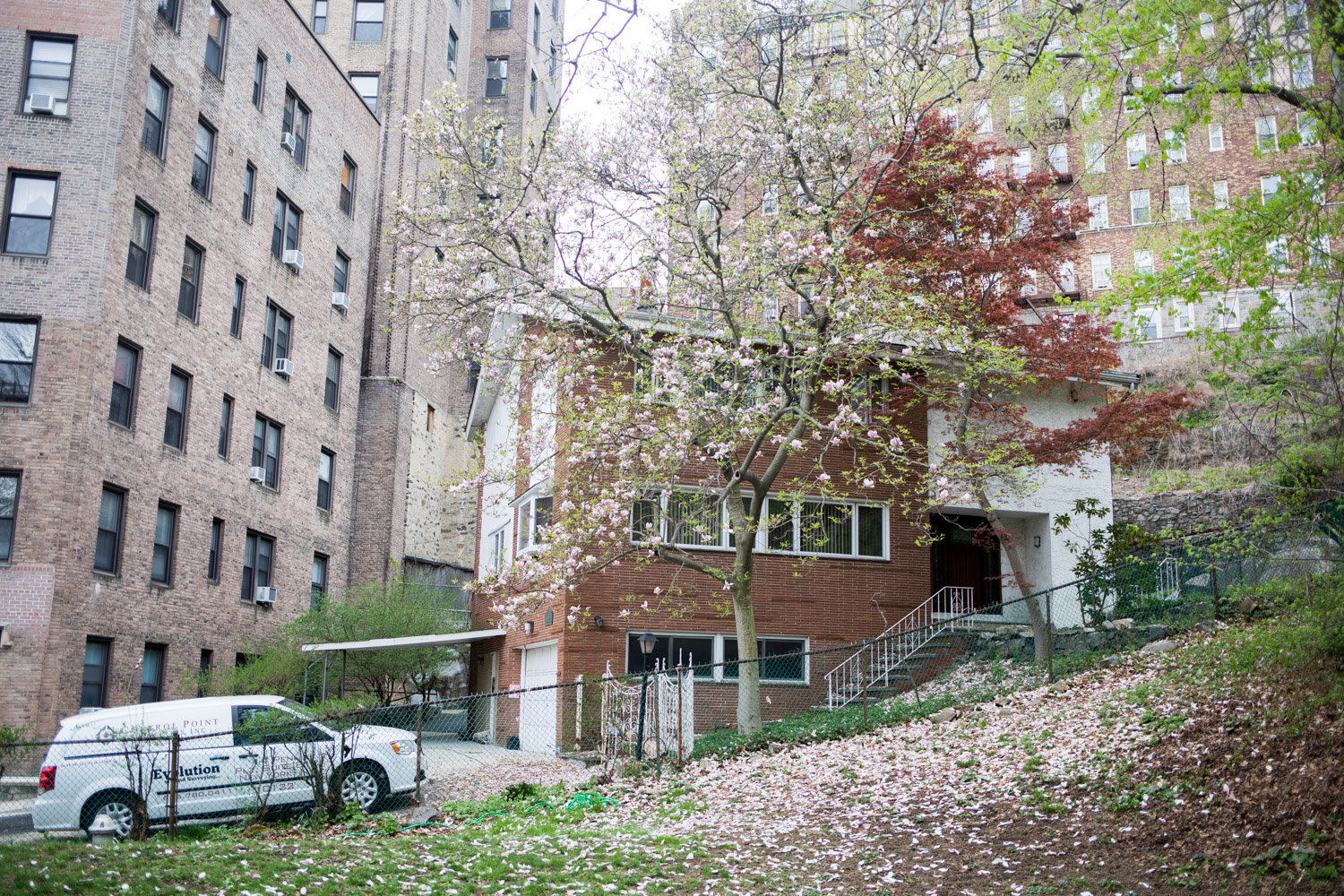 Neighbors have fought a proposed multifamily residential building at 3893 Waldo Ave., for more than two years now. Community Board 8 land use committee chair Charles Moerdler said projects like this could have been prevented if only the City Planning Commission had considered CB8’s attempts to amend its local comprehensive plan.
JULIUS CONSTANTINE MOTAL / File 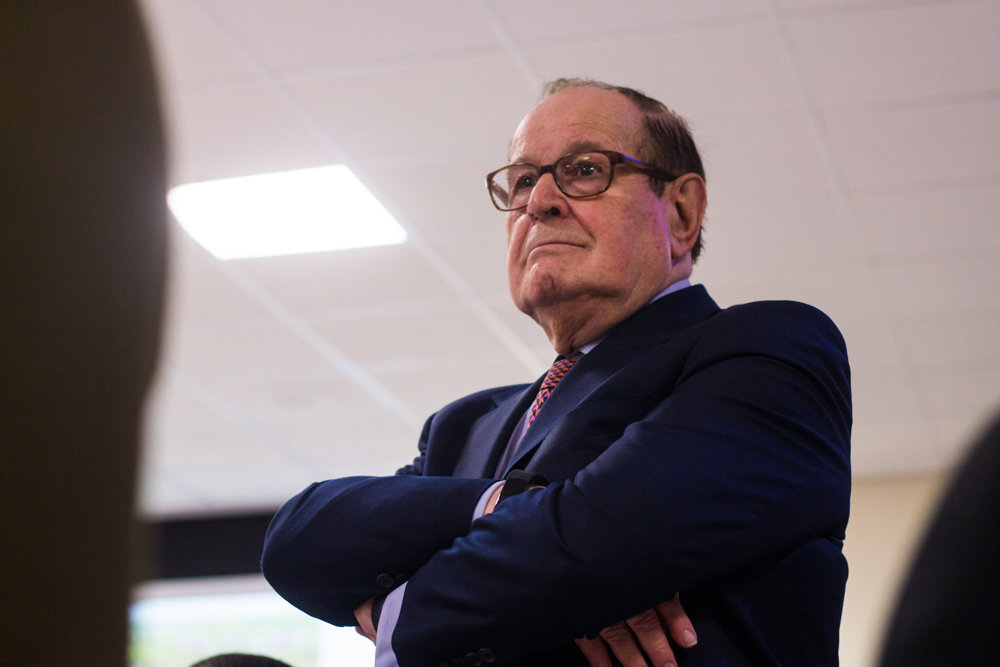 Charles Moerdler has led Community Board 8's land use committee for decades. But last month, Moerdler abruptly quit the body, only to return less than 10 days later.
AARON MAYORGA / File
Previous Next

By the end of this year, Corey Johnson and many of his city council colleagues will head for the door, their time up at City Hall. Yet, the Speaker doesn’t want to make that grand exit without establishing some kind of legacy, and he believes he has found it in a long-term comprehensive planning bill he’s simply called “Planning Together.”

But the City Planning Commission believes that while Johnson may indeed be focused on planning, it’s just not something the city council is willing to take on “together” when it comes to Intro 2186.

“By trying to roll planning for all issues into a single concurrent process and document, the bill would muffle the voices and priorities of important constituencies who help shape planning for each of these issues,” Lago said, “and dilute the ability to address each issue thoughtfully and equitable.”

It also would require the city to develop three planning scenarios for each of the city’s community boards — a process alone Lago said would cost upward of $500 million.

Lago warns Intro 2186 is a “top-down” planning bill, meaning decisions would start at the top of the government chain, and then work its way down to individual neighborhoods. At least with the Uniform Land Use Review Procedure, reviews of new construction projects start at the community board level.

“Whether you have a view favorable to that proposal … or you are opposed to it, I can tell you it has had, from my standpoint … the salutary effect of reminding the City Planning Commission that there are community boards, and that there is a need for bottom-up planning, not just top-down,” Moerdler told his committee during its regular monthly meeting Monday night.

As development begins to pick up again in the wake of the coronavirus pandemic, Moerdler said he fears Intro 2186 is just one of several issues the community board will face in coming months. Another is protecting the area’s 197-a plan — a localized version of a comprehensive development plan — which the chair feels is being attacked on all fronts.

Several years ago, Moerdler and a few other CB8 members tried to informally amend its 197-a plan by turning central Riverdale into a “more livable, commercially viable area.” The amendment took months to research and craft, Moerdler said, only to be delivered to city planning and shoved into a drawer. Since then, a number of projects have made their way into the boundaries of the community board — including as-of-right multi-unit residential housing in that part of Riverdale.

Aurora De Armendi lives in one of those neighborhoods near Manhattan College where developers have eyed small homes on land zoned for high-density, ready to max out as many residential units as possible on those sites.

“We want to make sure people have the ability to have a small home,” De Armendi said. “And also to keep it mixed with big buildings, little buildings, complexes and small homes. As all of us know, we didn’t manage to get that.”

Building high-density on lots where it didn’t previously exist not only crowds neighborhoods, De Armendi said, but also crowds schools. She believes the city should halt new residential construction projects until the infrastructure around those potential projects have a chance to catch up and make room for additional people.

But those positions are not universally shared. Jessica Haller — who is running for city council in the June primary — believes high-density growth can work as long as it’s managed correctly.

“It’s not so much that you see houses turned into buildings,” Haller said, “it’s that you don’t see the development cohering to a larger vision of what we want in neighborhoods.”

Haller says she doesn’t accept the notion that constructing a new building replaces trees, or takes away space in classrooms or on mass transit.

“If we have a vision and a goal to achieve, that we tie development with the resources that the community needs, then we will tie to the buildings to the trees, and to the seats in the schools, and to the buses,” Haller said.

The 197-a plan should be revised, but in a way that provides more access to parks, restaurants, doctor offices and schools, Haller said.

“We can build these beautiful areas,” she said, “if we have that comprehensive planning vision that allows us to get there.”

No matter how that future planning works, gathering as much community input as possible — like through community boards — is essential, said Sherida Paulsen, a local architect who has advocated for what she has described as smart development. And she’s not convinced what Johnson has proposed at City Hall can accomplish that.

“The bottom line is that the city needs to have an overview planning mechanism, so that resources are allocated appropriately when it comes to capital projects,” Paulsen said. “But on the other hand, telling people where to put things really does not work. We saw what that looked like when they tried to tell us how to deal with transportation at the subways when they didn’t take into account the topography of our community, assuming people could go up 30 feet in the air without an escalator or elevator.

“So you do need to balance both. But it’s got to be a much more targeted approach than the Speaker’s proposal allows.”