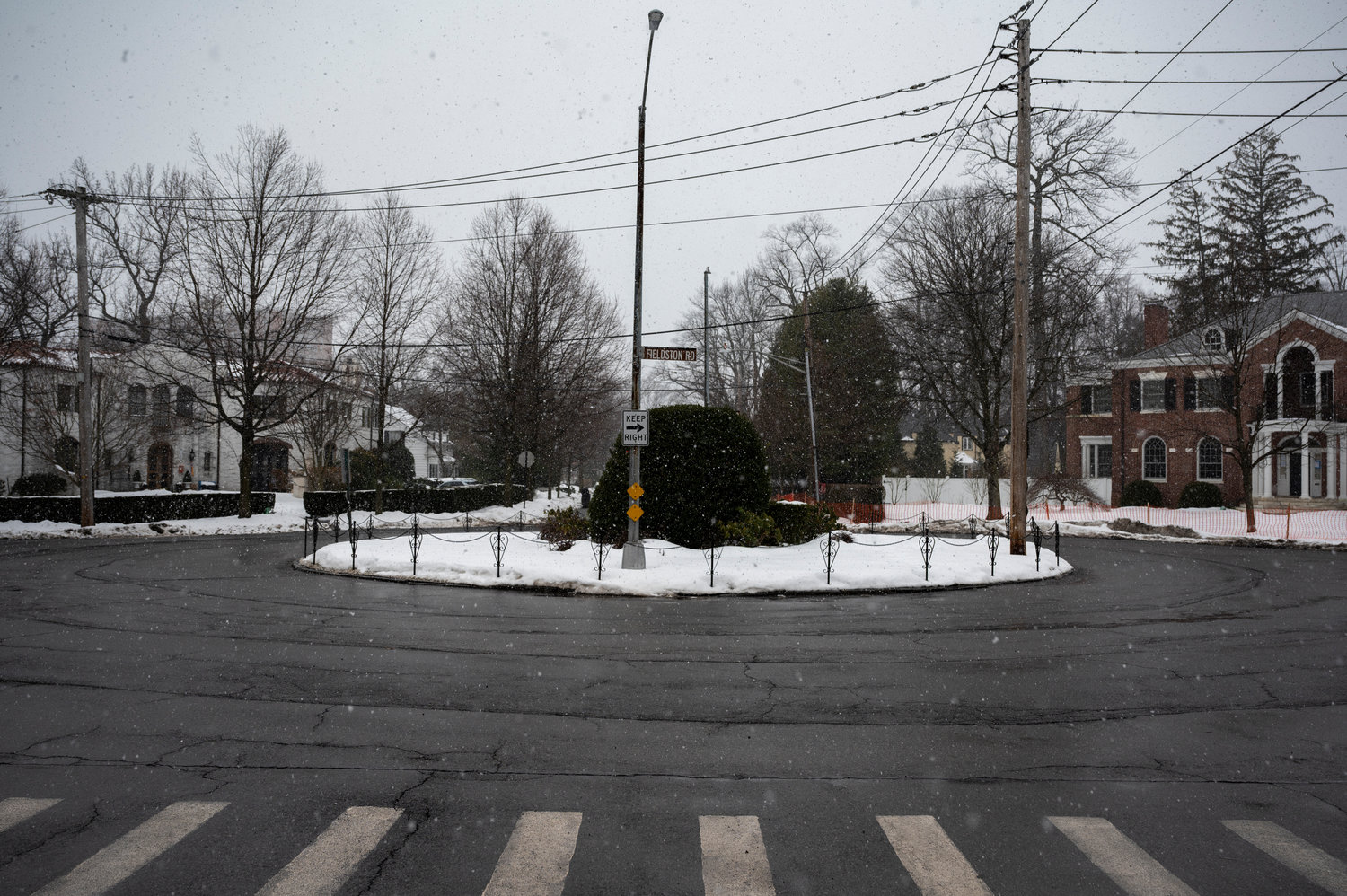 Roundabouts are few and far between in the city, but one exists locally at West 246th Street and Fieldston Road. A few community members proposed the idea of installing a roundabout at West 237th Street and Independence Avenue to halt reckless driving, but the idea proved a bit unpopular at a recent Community Board 8 traffic and transportation committee meeting.
HIRAM ALEJANDRO DURAN 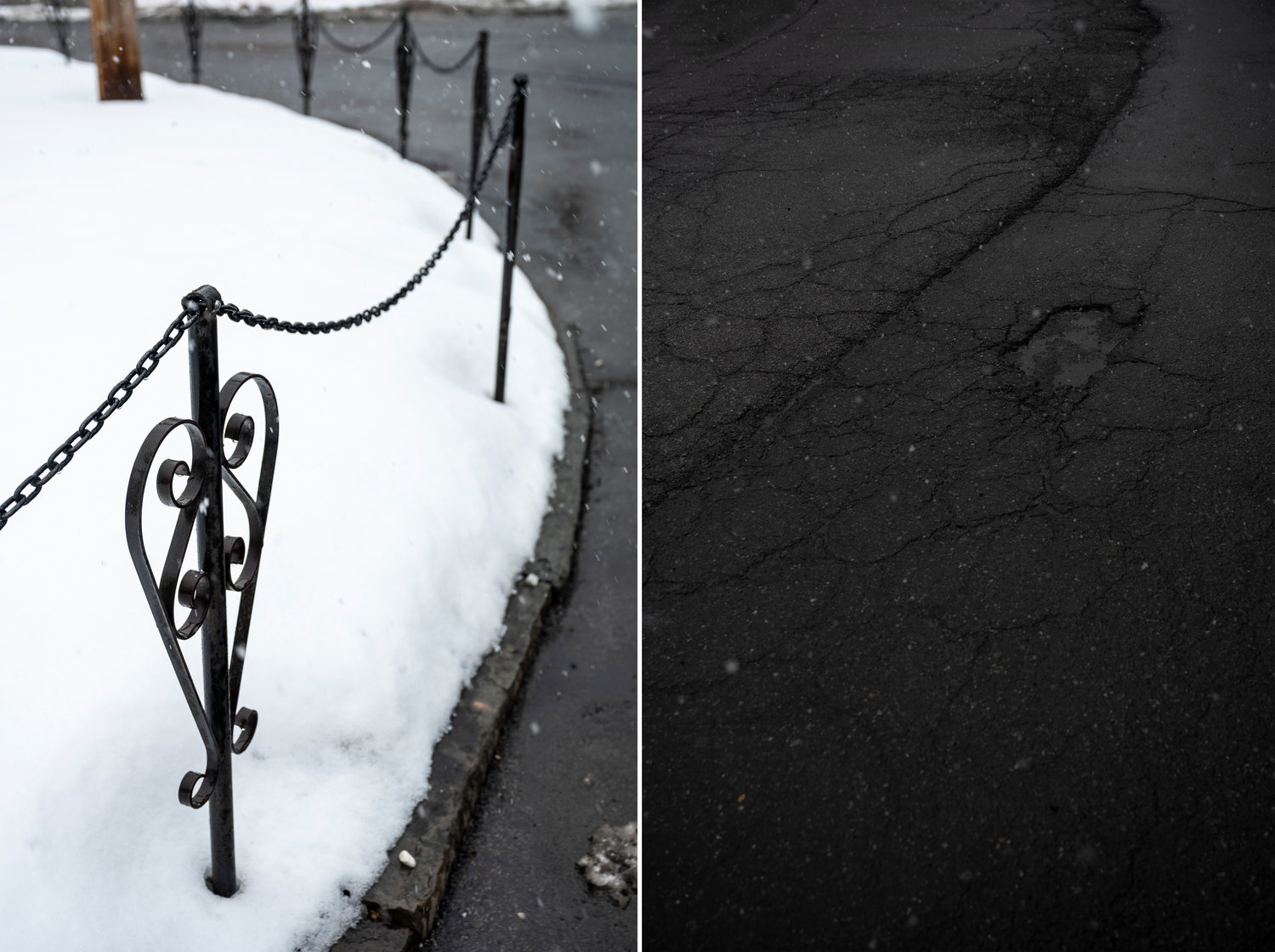 For the past few months, Community Board 8’s traffic and transportation committee has explored ideas to curb reckless driving on Independence Avenue. Some neighbors proposed the idea of installing a roundabout at West 237th Street instead of a traffic signal, but support for such an approach appears to have waned.
HIRAM ALEJANDRO DURÁN / Illustration
Previous Next
By ROSE BRENNAN

It’s been two months since a working group from Community Board 8’s traffic and transportation committee proposed some potential changes to Independence Avenue — a reckless driving hotspot in the neighborhood. But even with some of those ideas indefinitely tabled, the committee hasn’t given up on the point where Independence meets West 237th Street.

With bicycle lanes along Independence seemingly out of the picture for now, the working group shined a spotlight on something much different: roundabouts.

That’s a bit of a departure from the more traditional traffic lights the working group, headed by traffic committee vice chair Deb Travis, suggested. Many who attended recent meetings agreed something needed to be installed at the intersection to make it safer, but weren’t exactly sure if a red light was the way to go.

Jessica Haller then introduced an idea from what she sees nearly every day in her Fieldston community: Maybe a roundabout could do the trick instead.

“Not only is the roundabout going to help with speeding down Independence Avenue and donuts, it’s also more efficient in terms of emissions (because) cars don’t have to come to a complete stop,” Haller, a candidate in the March 23 city council special election, said at last month’s meeting. “The roundabout is safer, better for emissions (and) will stop traffic.”

Others at the same meeting supported the idea, but for reasons other than Haller’s. Mainly, a traffic circle could actually change the structure of the street. While a reckless driver could simply speed through a red light with seemingly no consequence, it presumably would be more difficult to speed through an intersection with a roundabout.

Roundabouts might not be a traffic mainstay in the Bronx, but Haller likely is quite familiar with the existing circle at Fieldston Road and West 246th Street. And some might argue Bell Tower Park’s entrance to the Henry Hudson Parkway is a roundabout in all but name.

But when the traffic committee revised the roundabout debate last week, there seemed to be far less community support for the idea. But then again, there were far fewer people attending the virtual gathering this time around. That opened the door for another committee vice chair, Ed Green, to voice his opposition.

“I’m dead against it,” Green said. “My impression from the last meeting was that the comments were pretty one-sided against it. That’s just my recollection. And going through the recording and the minutes as well, the majority of our community is dead set against it. And I would vote ‘no’ against this.”

While the committee did spend some time discussing a potential roundabout at West 237th, some members noted they didn’t spend much of any time discussing traffic signals either. Committee chair Dan Padernacht decided to hold off on sending any intersection proposals ahead to the full board, promising the traffic signal proposal would warrant further discussion at the March meeting.

However, while progress stalled on one aspect of the working committee’s proposed changes to Independence, others fared far better. Like Travis’ revised approach to channeling and speed bumps — both intended to cut down reckless driving.

Joyce Moran, board president of 3901 Independence Ave., was a bit worried about narrowing her road where it intersects with West 240th Street, saying it might pose further problems when vehicles turn onto the street.

“There’s a stop sign there (that) gets knocked down every few months by the garbage trucks because they have trouble trying to make the turn when cars are coming in and out,” Moran said. “By further narrowing it, I see the chance of having more accidents — vehicular accidents, plus also pedestrian accidents.”

The working group believes it could solve that by ensuring there’s no further street narrowing at the intersection. Rather, it would ask the city’s transportation department to use truffle paint to emphasize the boundaries already in place.

Any decision made by the traffic committee or even the full community board are purely advisory, and any changes would be at DOT’s sole discretion.

Modifications to West 235th, West 236th and West 239th streets, however — speed bumps, truffle paint and flexible delineators — were all moved forward to the full community board for a vote.

While the proposed traffic signal at West 237th is still up in the air, the fact that other parts of the working committee’s plan are moving forward is a promising development fo many members of CB8’s traffic and transportation committee, who first addressed the latest reckless driving resurgence from this past summer.

And now, almost six months down the line, some progress might finally be made if the full board votes in favor of the changes — whether they include a traffic signal, a roundabout, or something else entirely.

“I don’t necessarily hear any strong support from the community or committee members to put (a roundabout) forward,” Padernacht said. “Next month, we will hear the West 237th Street (and) Independence Avenue traffic light. We’ll have a conversation about it next month.”