Jonathan Mejia, 24, awaits extradition from his home in New Jersey to face charges 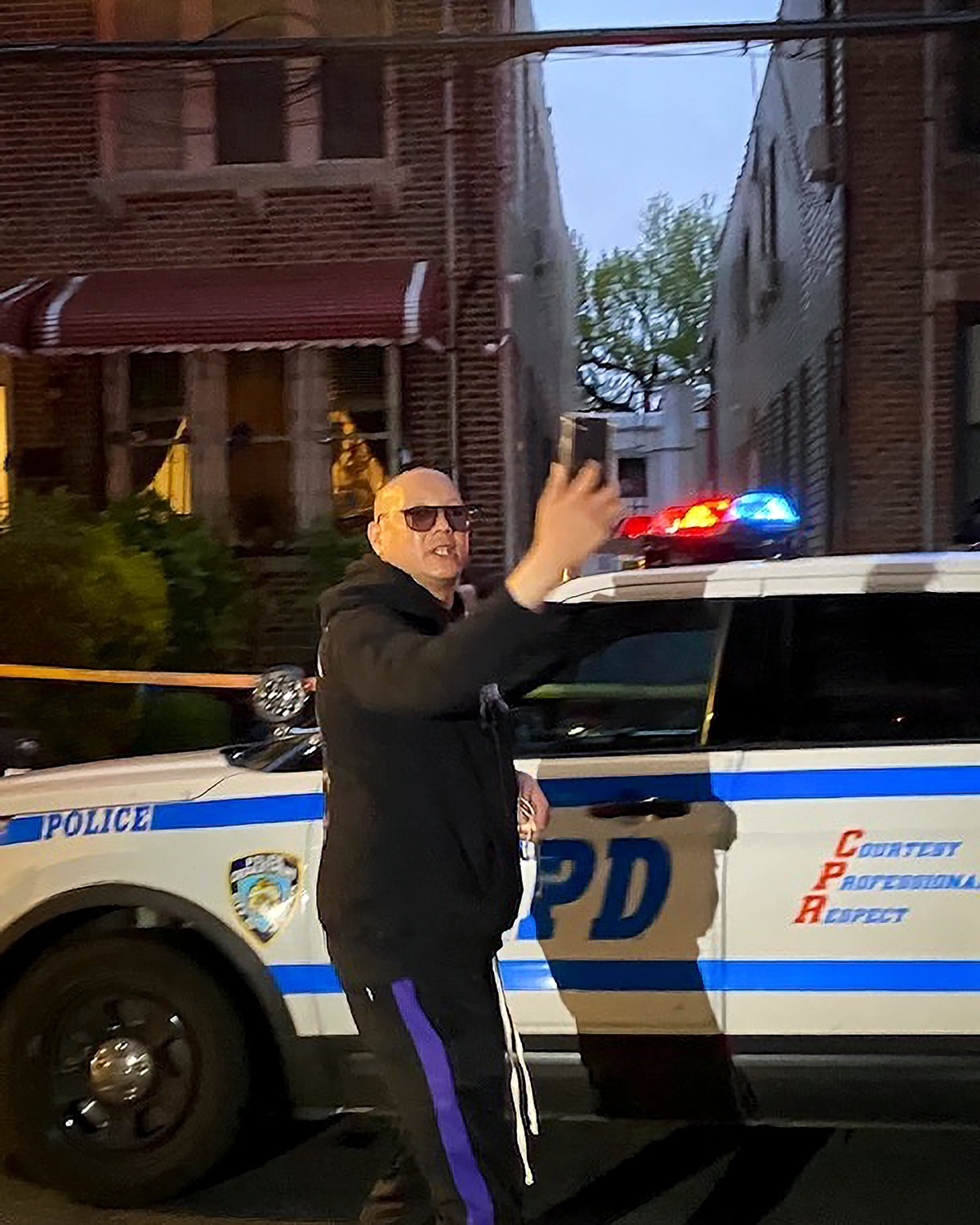 An unidentified person who acknowledged knowing Daniel Valdez, who was shot to death at his home in Kingsbridge May 2, takes a selfie video at the crime scene.
Gary Larkin
By SACHI McCLENDON

Police in Hackensack, New Jersey, have arrested the nephew of a man they believe fatally shot his uncle earlier this month at the entrance of his Kingsbridge home.

Daniel Valdez was simply answering his front door on the 3400 block of Irwin Avenue, when someone shot him in the torso, according to eyewitnesses. Emergency responders rushed the 43-year-old to a Harlem hospital, where he later died.

Authorities first got wind of Valdez’s nephew, Jonathan Mejia, the day after the 24-year-old Fair Lawn, New Jersey, man reportedly tried to check himself into to a local hospital with suicidal thoughts.

The Bronx District Attorney’s office is charging Mejia with second-degree murder, manslaughter, and two counts of criminal possession of a weapon.

Officers from the 50th Precinct arrived at the Valdez home May 2 with their weapons drawn, but only found the Kingsbridge resident with a bullet wound. Sometime later, more officers arrived wearing bulletproof vests, donning shields, and marching in K-9 units, making their way into the home’s basement. Police have not shared what they were looking for at the time.

The next day, however, Mejia showed up with his mother at the Hackensack University Medical Center, according to the Hackensack Daily Voice, which first reported on Mejia’s arrest citing an anonymous source.

Mejia is now being held at the Bergen County Jail on a “fugitive from justice” charge, according to the jail’s records. Keisha McLean, a spokeswoman for the Bergen County Sheriff’s Office, said Mejia is expected to have an extradition hearing in the coming days.

Yet Mejia will not be officially charged with murder until he is extradited to New York, according to the Bronx District Attorney, which will lead the prosecution.

“As far as I know, the investigation is pending,” Cesar Sala, a 50th Precinct community officer, told members at a recent Community Board 8 meeting. “I don’t know how much information I could give you, but we think we know who it is, and there are charges pending for that individual.”

The NYPD press office did not respond to multiple requests for information regarding the investigation.

The shooting in Kingsbridge comes as crime has become a hot-button issue in the city. While this is the first homicide in the corner of the Bronx in quite some time, there have been more than 150 shootings throughout the borough in 2022 alone.

Just this past week, an 11-year-old was killed by stray bullets in a drive-by shooting in Longwood. A man was shot multiple times in the face in Mott Haven after getting into an argument during a motorcycle sale. And another was shot to death outside a barbershop — also in Mott Haven — in an unrelated crime.

Incumbents and candidates on the campaign trail in the Bronx have begun to take notice.

“The guns used in these shootings in our Bronx community are not being purchased legally in New York,” Assemblyman Jeffrey Dinowitz said. “They are being trafficked from states to our south that have extremely lenient gun laws.”

State senate hopeful Lisa Hofflich even released a six-point public safety plan to crack down on violent crime. Her proposals include investing in officer training and youth intervention programs, curbing the flow of illegal guns, and further tweaking the state’s bail reform laws.

“Gun violence is an epidemic,” she said. I “will work to strengthen laws that prevent the unauthorized sale and possession of firearms, while pushing federal lawmakers to address limiting the number of guns a person can purchase in a certain time period.”

Despite that, this past April the city saw a 38 percent decrease in homicides and a 29 percent drop in shootings compared to the year before. Crimes of all stripes did increase, however, within that same period.

“The women and men of the NYPD are making noticeable headway through our enhanced patrol deployments both on the street and below ground in the subway system” Police Commissioner Keechant Sewell said in a recent release. “Throughout the five boroughs, the NYPD remains highly focused on the relatively small number of people responsible for much of New York City’s crime and disorder.”