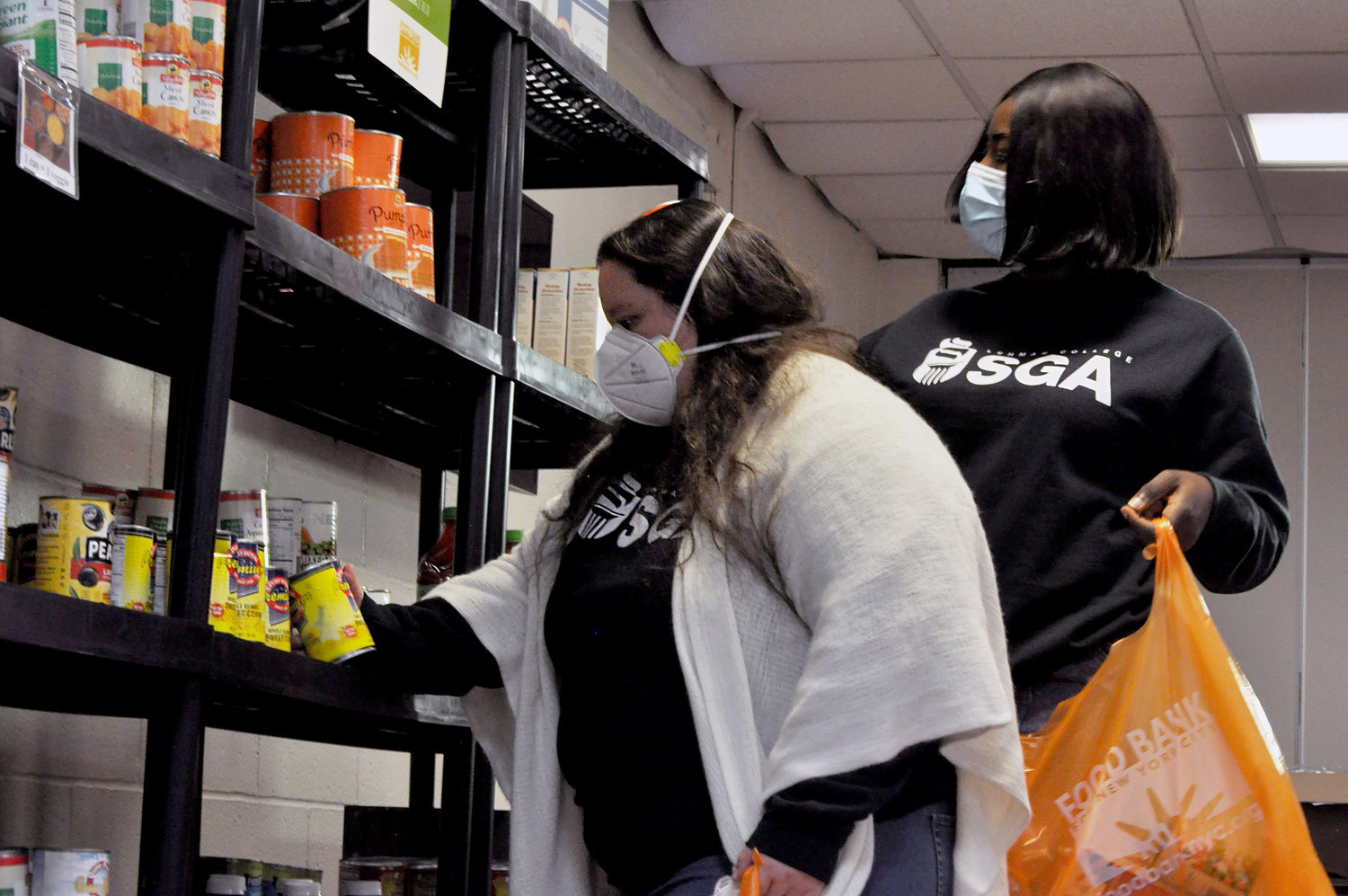 Justice is a big word, which can sometimes feel watered down without the actionable steps to actually raise equity.

At Lehman College, a new cohort of students has joined forces with celebrity chefs, educators and the campus administration to tackle justice — in the world of food and nutrition. Just four years ago, a survey found more than half of Lehman’s students were going hungry. And the food many were finding weren’t as nutritious as it should be.

Now a new food justice education program has sprouted at the school, aiming to not only revolutionize food at Lehman, but arm students with resources necessary to combat hunger.

For one year, more than a dozen Lehman students will take a deep dive into the concepts and practices of sustainable farming and urban gardening. But first, they’ll be confronted with some ugly truths about food injustice in the Bronx — most notably around the concept of “foods swamps.”

Afterward, they’ll walk away with the title of “food justice educator,” and an $800 stipend, to boot.

“We really are not interested in having this savior mentality where we’re helping our ‘poor Bronx students,’” said Suzette Ramsundar, one of the administrators of the food justice program. “Students are really their own saviors. They are the answers to a lot of these solutions in the Bronx and their own communities.”

The program launched this past September, offering classes rooted in leadership, racial inequities, data collection, sustainability, and urban “food revolutions.” There are the occasional celebrity chef appearances by Kwame Onwuachi, a Bronx-born chef and former "Top Chef" contestant, as well as Alice Waters, whose Berkeley-based Chez Panisse is famed for its part in the organic farm-to-table movement.

Both chefs sit on an advisory board working to tackle hunger in the borough. And it’s where Lehman’s food justice educator program was born. Their goal? To prevent any more Lehman students from going hungry ever again.

“Providing food is not sufficient,” said David Charcape, the other food justice program administrator. “We have to empower and bring this knowledge to the students.”

The program attracts students from a cornucopia of fields, like nursing, anthropology, childhood education, communications and psychology. Most, however, are studying dietetics, food and nutrition.

Xiomara Bryan is one of those students. The aspiring food science researcher learned about the program through Charcape, and found the idea interesting.

“When you hear ‘food injustice,’ I think a lot of people immediately think of food desert,” Bryan said. 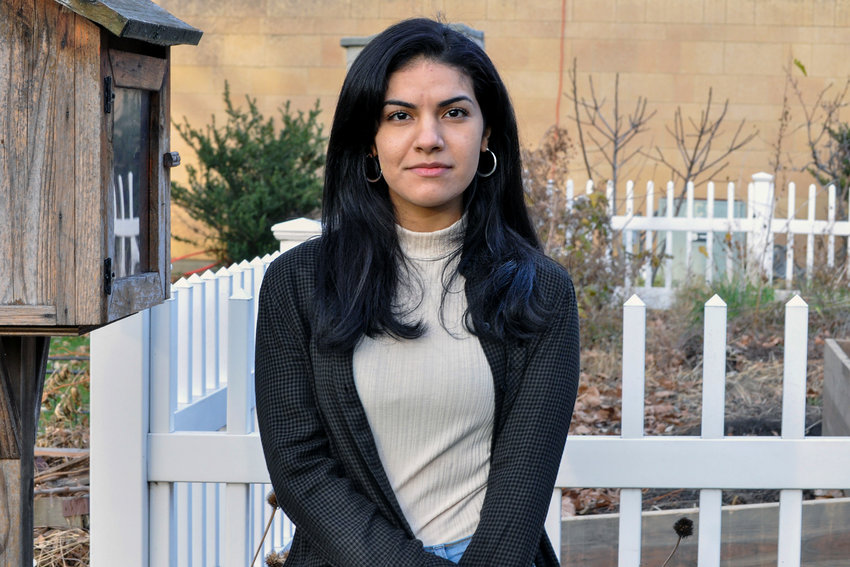 Community gardens in the Bronx are few and far in between, but one of Lehman College’s new programs hopes to change that with the help of senior …

Food swamps — it’s a term used by the Centers for Disease Control and Prevention, public health researchers, and journalists, traced back to Rand Corp., economist Roland Strum, who suggested calling the overabundance of food options in urban settings a “food swamp” as opposed to a “food desert.”

In her personal experience, Bryan notes the Bronx is, indeed, particularly flooded with restaurants and food spots. It’s just they don’t offer food that’s quite nutritious.

“Sure, we’re not hungry,” the Lehman senior said. “But we’re also malnourished.”

Born and raised in Little Italy, Bryan recalled the quick-and-easy chicken food spot just a stone’s throw away from her childhood home.

“The nearest supermarket’s about 10 minutes by foot,” Bryan said. “It’s a bit of a hike.”

Bryan has since stepped into a program mentor role, leading workshops and helping ensure students — like Joel Rivera — get the most out of the program.

“My father passed away of cancer” in 2019, Rivera said. “I felt like I needed to do something. I needed to be an advocate.”

Rivera has zeroed in on sanitation and just how healthy certain corporate franchises — like Burger King and White Castle — purport to be. He hopes a restaurant like Popeye’s — seemingly a staple for many — can step up its game.

“I’m one of those nosy people,” Rivera said. “You know, looking over the counters, see what’s going on.”

Emily Willen is another student mentor. A bout with a severe, chronic illness in 2003 prompted the recent Lehman graduate into peer-to-peer advocacy.

“I had to leave school because I started getting uncontrollable seizures,” Willen said. “I was getting 40 seizures a day.”

She couldn’t function, or even walk properly, in her day-to-day. But improved nutrition, alone, helped reduce her seizures to just three a week. Then, combined with other treatments, Willen eliminated them altogether.

“If we can prevent illness,” she said, “then it’s worth it.”

The cohort has steadily worked toward resurrecting the campus community garden, doing so with the New York Botanical Garden and the college’s own Bronx Green-Up program. They intend to reopen the garden, with an abundant bounty of vegetables and herbs, by spring.

Since 2017, the Herbert H. Lehman Food Bank on campus has remained stocked with canned goods and organic produce for students — most of whom live in the Bronx.

The coronavirus pandemic nearly quadrupled the number of students needing the food bank, according Lehman’s campus life office, with more than 120,000 meals served, and hundreds of grocery bags filled.

The food bank continues to stock its shelves with donations from the Food Bank of New York as well as from individual donors.

Rivera feels a new dawn in the food justice world is coming. He remembers sitting down with his father shortly before he died, and how his studies in health and nutrition, in essence, helped his father throughout his chemotherapy.

Honoring his father’s legacy means not only providing support for his peers, but beyond the campus.

“We need new faces,” Rivera said. “There’s still hope in our system, and we can make changes to help our brothers and sisters.”