No plans to close Key Food ... at least for now 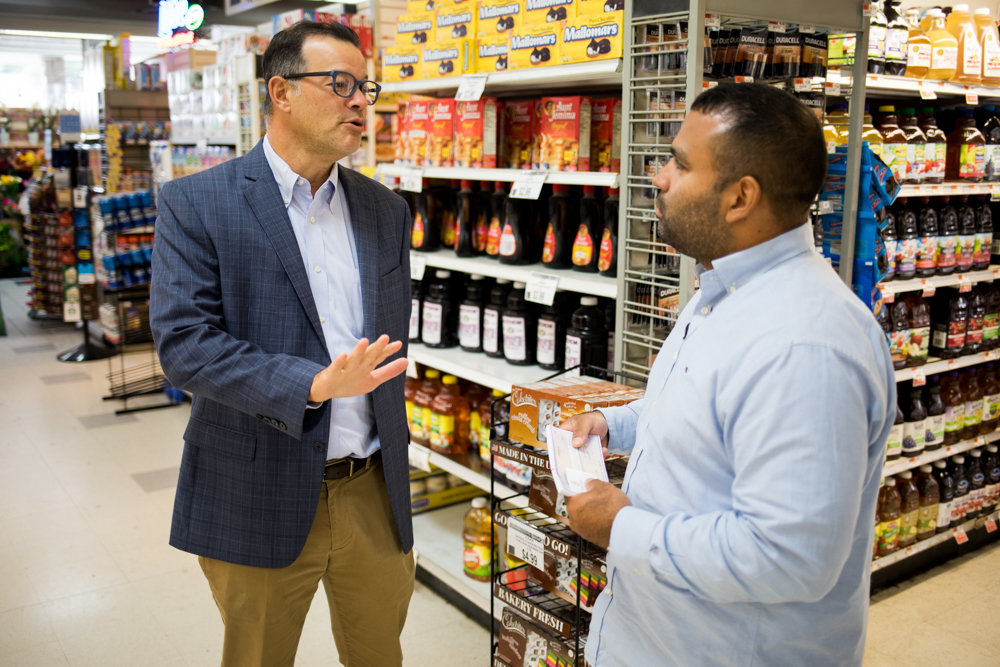 Councilman Andy Cohen speaks with Jaime Luna, the store manager of the Key Food in the Skyview Shopping Center in 2018. Luna assures Cohen this weekend that Key Food is not going to close in the midst of the coronavirus crisis.
JULIUS CONSTANTINE MOTAL / File
Support Local Journalism

If there are indeed plans for the Key Food supermarket at 5661 Riverdale Ave., to close, it won't be during the coronavirus crisis.

That's the assurance Councilman Andrew Cohen received Sunday after days of uncertainty whether or not the troubled Skyview Shopping Center grocery store was going to close its doors when surrounding neighbors likely needed it the most.

"We will remain open to service our community during this time of need," was the message relayed to Cohen's office Sunday morning from Jaime Luna, the store's manager. "Key Food is trying hard to replenish shelves with items in need as well."

Cohen stepped into what appears to be an ongoing fray between Key Food franchise owner Kevin Luna and his landlord, Braun Management. Last week the councilman joined Assemblyman Jeffrey Dinowitz in crafting a letter to both parties asking that they put their differences on hold as the city moves to near complete shutdown in light of the coronavirus that causes COVID-19.

"Now is not the time for Riverdale residents to lose such a vital resource," Cohen said last week, in a release. "Braun Management and Key Food have a civic responsibility to the community and its most vulnerable residents to be transparent and good community neighbors. The community has expressed great concern about the future of the business, and this uncertainty has only added to the anxiety during a difficult time for all."

Cohen has spent at least 18 months trying to keep the grocery store in the neighborhood, first stepping into the reported lease dispute between Luna and Braun in October 2018.  Before that, Luna wouldn't admit to The Riverdale Press that the store was considering moving out of space, but did mention there were issues in getting a new lease in place.

"There's been a lot of rumors going around saying the store might be closing," Luna told The Press in September 2018.  "I don't want to feed into it. Just let people rumor around.

"I've expressed an interest in extending the lease, but the landlord might have other intentions, other projects in mind with this property, which he hasn't been able to confirm either. It's unpredictable right now."

Many of the issues surrounding the struggles of the grocery store have been the physical conditions of the Skyview anchor. Luna suggested at the time that such deterioration was because of a lack of solid lease in his favor, and not because of general neglect.

"If I had a longer-term agreement, I could've improved a lot in renovations," he said in 2018, envisioning "a whole new store layout with new equipment, everything from top down," including checkout counters, refrigeration, ceiling and floor repairs.

Is Key Food closing in North Riverdale? Not if electeds have anything to say about it
Subway, Key Food could follow K Grill's quiet death
Cohen goes to bat to save Skyview grocery store