No more waiting: Overlook gets a Dutch makeover 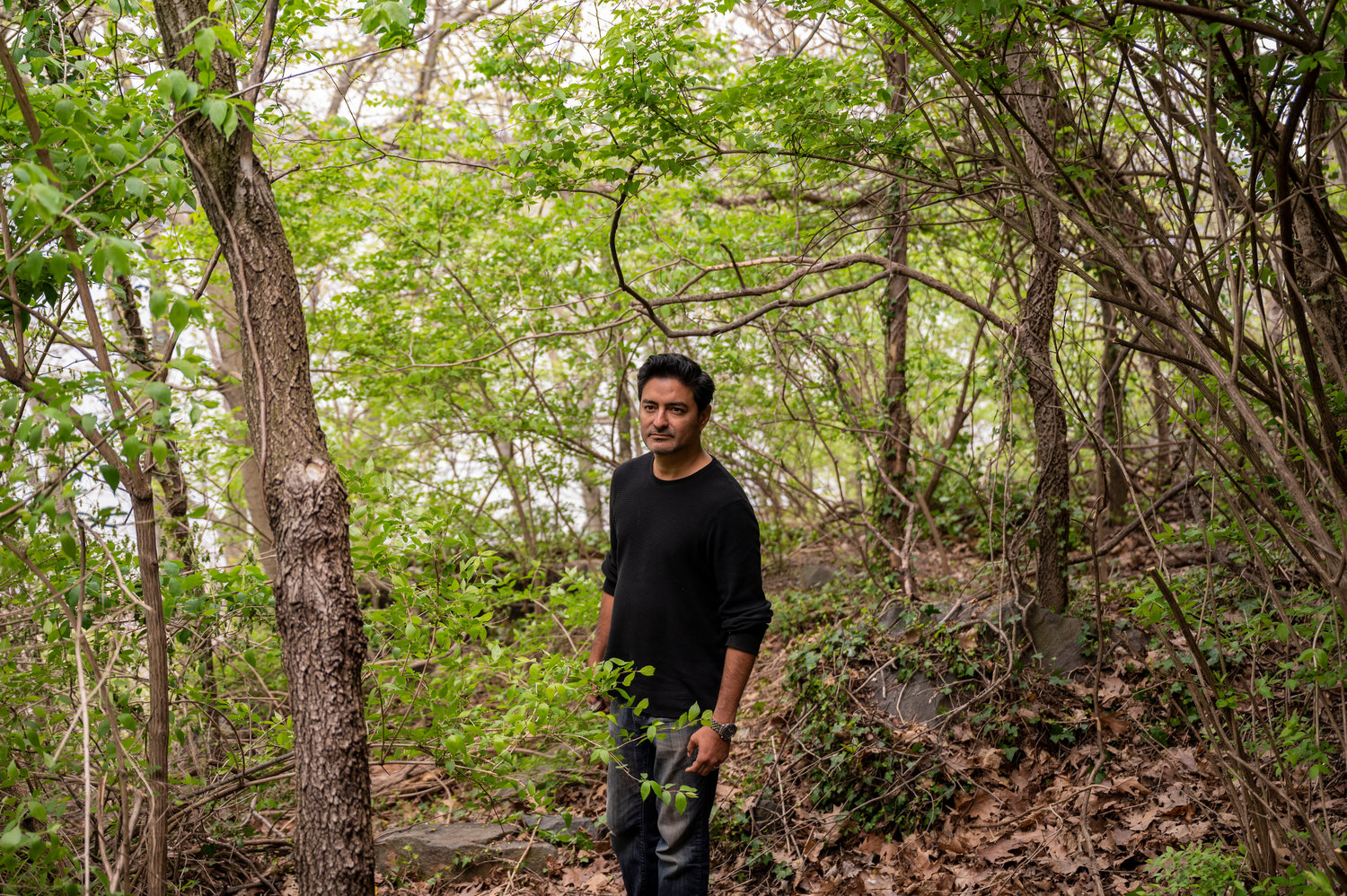 Looking for a hobby during the coronavirus pandemic, Victor San Andrés started landscaping a part of the Half-Moon Overlook park near his Spuyten Duyvil home. Four months later, San Andrés says he cleared and cleaned the space — transforming it into what he calls the ‘Halve Maan Garden.’
HIRAM ALEJANDRO DURÃN 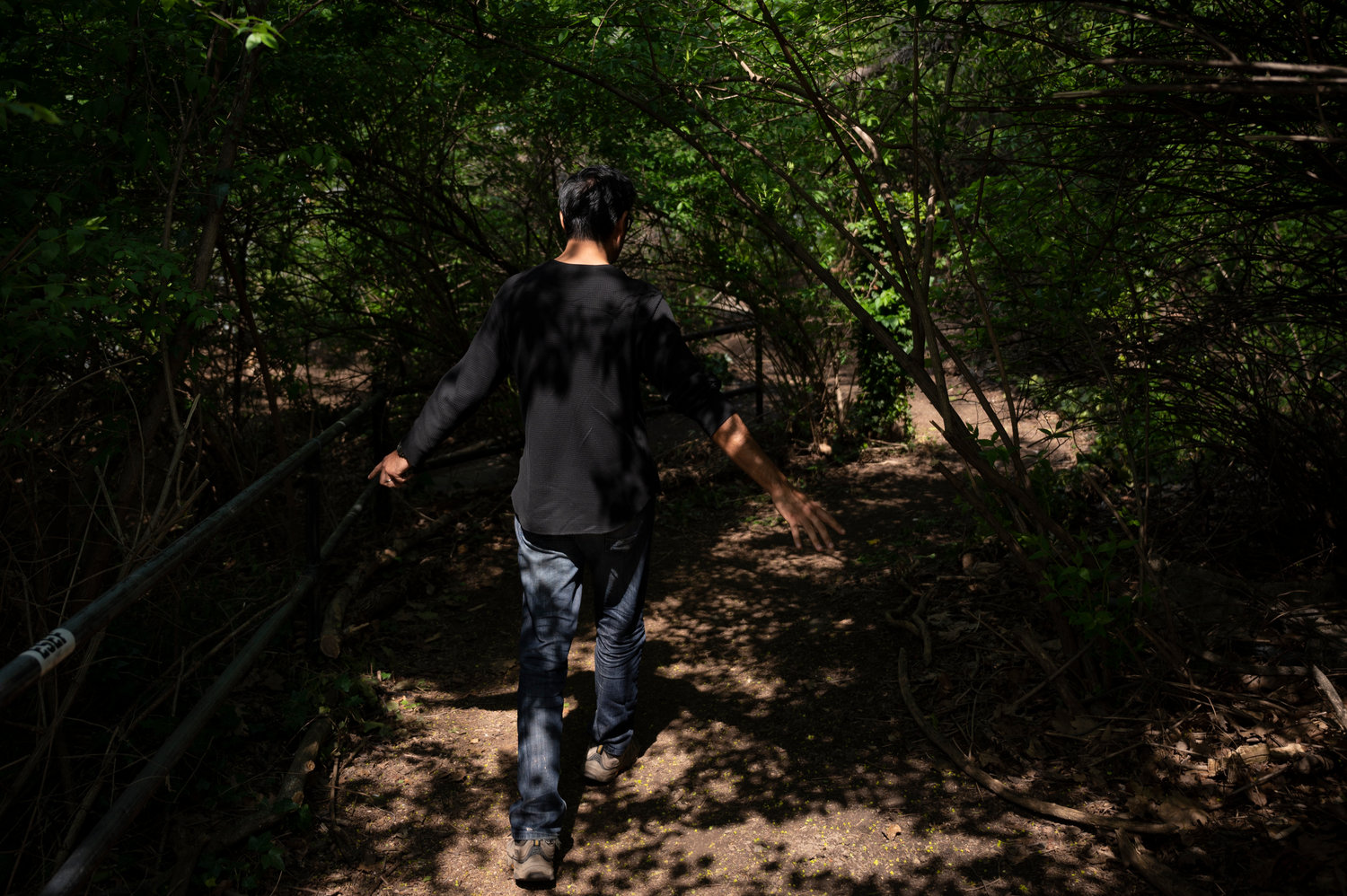 Victor San Andrés cleared an area in the Half-Moon Overlook park, building a path out of bricks that were once a part of a structure there. San Andrés spent four months building what he calls ‘Halve Maan Garden,’ a space he hopes his Spuyten Duyvil neighbors can take advantage of.
HIRAM ALEJANDRO DURÁN 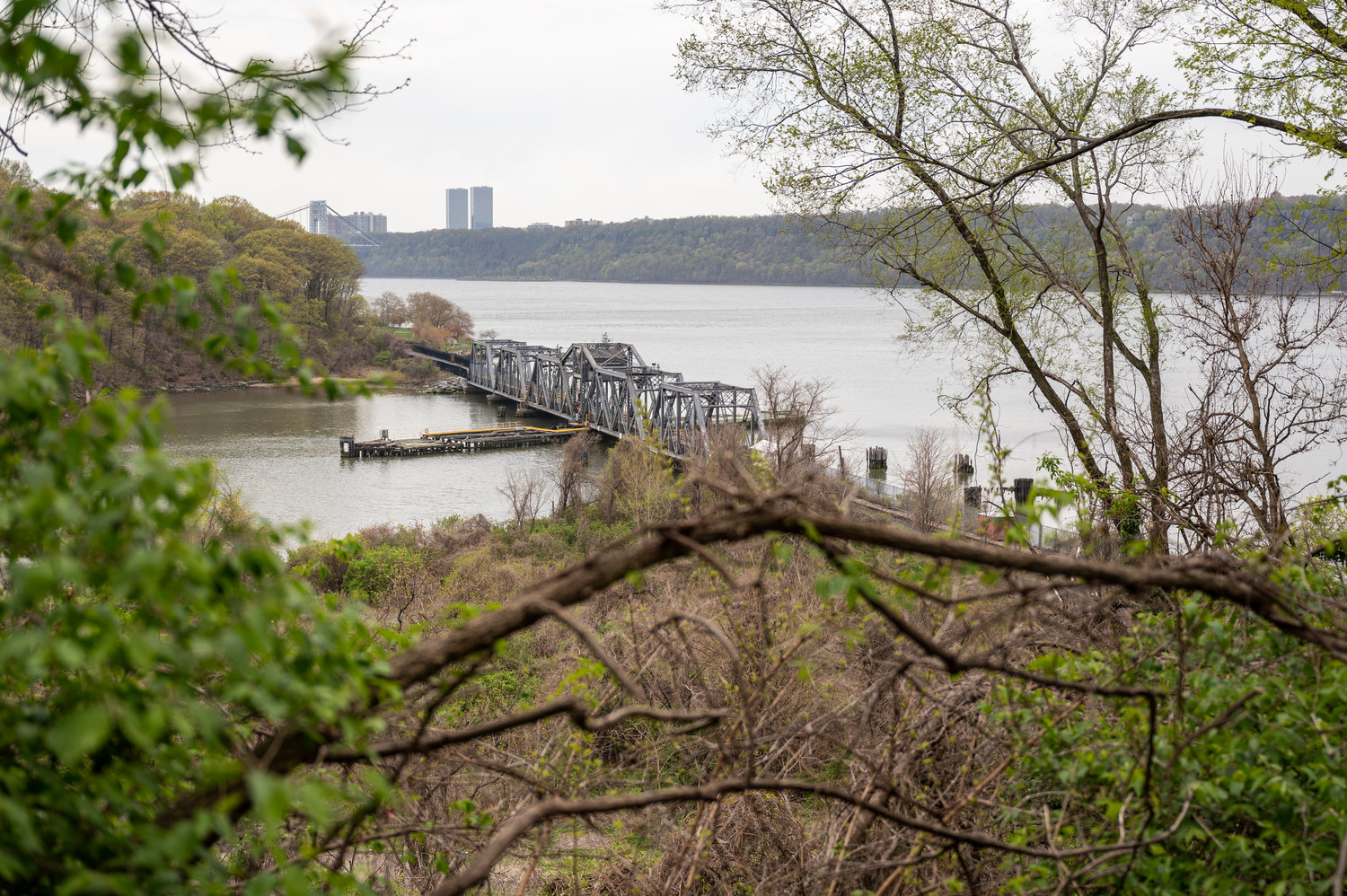 Victor San Andrés started clearing an area in the Half-Moon Overlook park last December. It’s a space with great views of the Hudson River and Spuyten Duyvil Bridge. That space is now what he calls the ‘Halve Maan Garden,’ which he hopes will be opened to his neighbors soon.
HIRAM ALEJANDRO DURÃN
Previous Next
Learn more …

Victor San Andrés has started a new organization designed to focus on parks in the southwestern part of the Bronx called Spuyten Duyvil Parks Conservancy. Learn more at SpuytenDuyvilParksConservancy.org.

Most anyone who has tried to get as much as a pothole filled on their street knows city agencies aren’t necessarily the fastest when it comes to fixing problems. The wheels of government can be slow-moving, restricted even more by mountains of red tape.

But when it came to cleaning up and landscaping some green space near his Spuyten Duyvil home, Victor San Andrés took matters into his own hands, deciding this was an instance where asking for forgiveness was better than seeking permission. He bypassed the city altogether, only conferring with the parks department after already making significant headway.

That risked getting him in trouble with those in charge, but San Andrés was determined to transform a part of the Half-Moon Overlook not open to the public into an enjoyable space.

“Basically, I started making it very interesting for people to go down there,” he said. “The views are amazing from there, of the Hudson River.”

And, San Andrés added, his neighbors have given a thumbs up. For the most part.

“The feedback is insane,” he said. “Everybody loves the idea. Everybody comes down there.”’

Accessible through Henry Hudson Park near the intersection of Kappock Street and Independence Avenue and named for Henry Hudson’s famous ship, San Andrés first happened upon the area he would later dub “Halve Maan Garden” when walking around the neighborhood more than a year ago. When he reached the Half-Moon Overlook, he noticed a gate and stairs that led down to a secluded area.

And it’s not that San Andrés didn’t have some background when it came to projects like this. He used to be an art director on film sets, so designing spaces to be aesthetically pleasing was certainly in his wheelhouse. Now he installs pieces of expensive artwork in homes while working as a photographer on the side.

The coronavirus pandemic made that kind of work more difficult, so San Andrés looked for a project to fill his newfound free time. At first, he tried to clean up trash in Spuyten Duyvil Shorefront Park. But no matter how much he cleaned, fresh trash would quickly take its place, with no help from construction work on the nearby Henry Hudson Bridge.

He returned to Half-Moon Overlook last December, and decided this would be his pandemic project. San Andrés cleared trash in the area, even buying a chainsaw to cut fallen down trees.

“It was about six garbage bags full of trash,” he said. “There was just trash everywhere.”

Little by little, over the next four months, San Andrés worked. He even constructed benches using reclaimed wood from the felled trees, and created a pathway using bricks from a structure that once occupied the space.

But not everyone was a fan of San Andrés’ work. Some neighbors reported his rogue construction project to the city, leading the parks department to padlock the gate leading to his garden.

But San Andrés had a simple solution for this. And please, don’t try this at home. “I went and I bought bolt cutters. I cut the lock, and I threw the chain out.”

Once finished, San Andrés christened his park “Halve Maan Garden,” a variant of the Dutch spelling for “half-moon.”

As a kid, Craig Sachs used to visit the area that’s now a garden.

When he returned years later as an adult, however, Sachs said he was surprised to find that area had been blocked off and had fallen into a state of disrepair.

“So, when I saw Victor’s (social media) post, I was really pleasantly surprised that somebody was doing something about that park,” Sachs said.

He describes what San Andrés did as an example of “tactical urbanism” — when people do their own urban projects without first seeking approval from government officials. Examples of this include installing barriers to create open streets without the OK from the transportation department.

One agency not a fan of tactical urbanism? The city’s parks department. A spokesman told The Riverdale Press San Andrés should’ve consulted with the agency before taking on any work in the park. Especially an area like the Halve Maan Garden that is not technically opened to the public.

That particular area is not safe because there’s an unprotected drop to the Metro-North tracks below.

“Accessing spaces closed to the public is dangerous,” the spokesman said, in a statement. “And while we appreciate the spirit of volunteerism, it is important that the public work with our agency when they feel compelled to do projects in city parks.”

Maybe so, but apparently Iris Rodriguez-Rosa liked what San Andrés did. He showed the Bronx parks commissioner and other members of her team around the garden last month, and he said they were impressed with his work. Although the space won’t be open to the public for the time being, San Andrés won’t need his bolt cutter — the parks department gave him a key so he can still access the garden.

San Andrés has gone a step further, creating a group he calls the Spuyten Duyvil Parks Conservancy. It’s through that group he aims to fully restore Halve Maan Garden, Spuyten Duyvil Shorefront Park, and even the Raoul Wallenberg Forest.

“Those three main places are my key case studies,” San Andrés said. “Basically, I’m trying to get them restored and clean because this is a really nice neighborhood and I think people will love it. And actually, the property value will go up if we have beautiful parks in this area.”