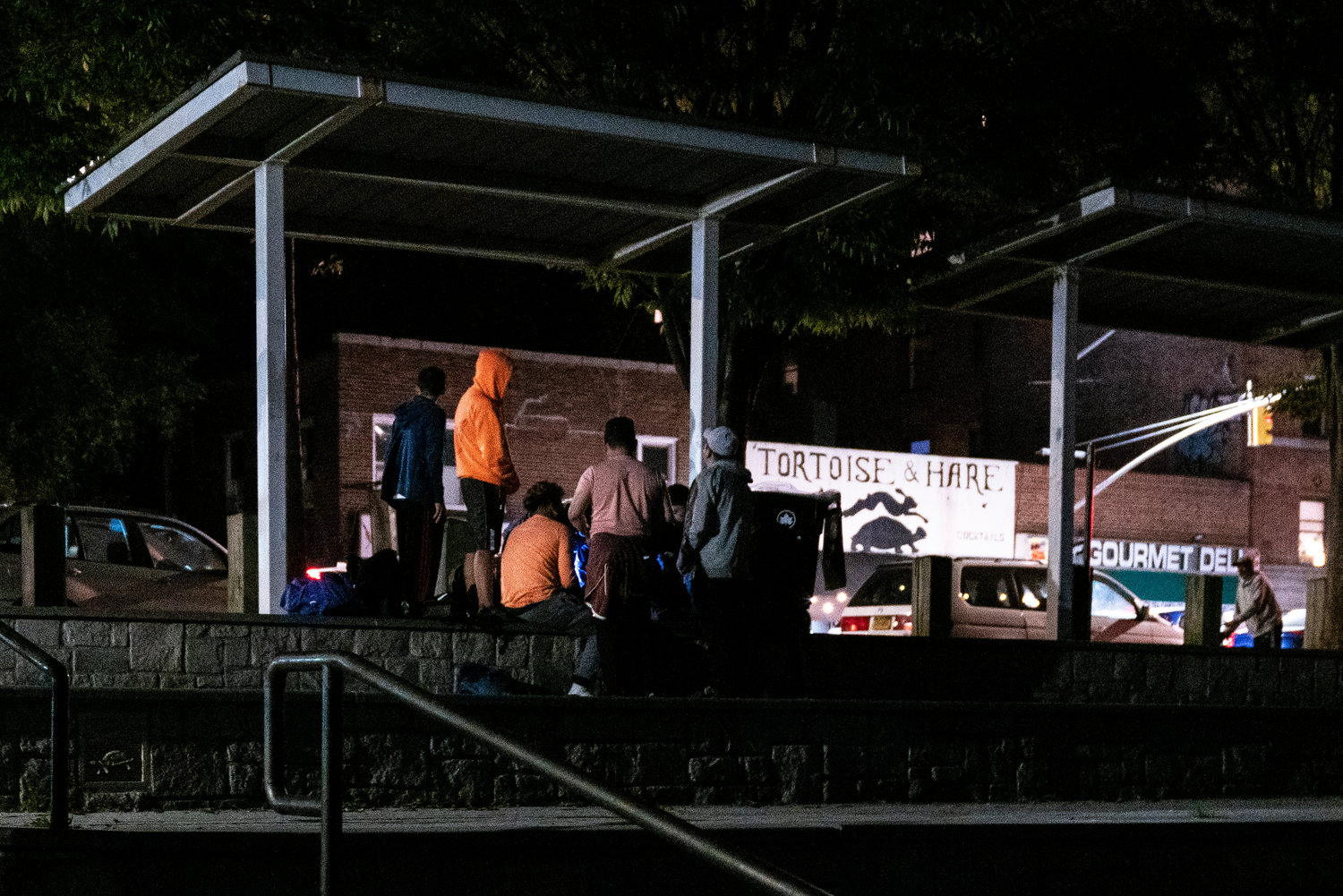 Public parks are made for gathering, and those who live around them understand there will be some noise. However, a few people living near Van Cortlandt Park say noise is out of control with late-night partying and loud music.
HIRAM ALEJANDRO DURÃN/ File
Support journalism

Samantha Charlip enjoys her peace — if she can find it. Living across from Seton Park, peace has proven to be a difficult state to achieve.

Especially the day the trumpeter arrived.

“It’s sort of one of those quirks of New York that you hear people and think it’s bizarre — and also kind of charming,” she said.

But such charm has a very small shelf life. The mysterious trumpet player would spend a good part of the weekend blasting his horn in the park. Then, as the weather improved, so did his frequency, moving to several days during the week.

The worst part, Charlip said, is he’s no Louis Armstrong. In fact, when it comes to trumpet playing, it’s not even a Neil Armstrong.

“It’s definitely a nuisance, and a lot of people in the community have been discussing it,” she said. “So that’s sort of how I felt about it initially.”

Charlip moved to the neighborhood three years ago from Brooklyn expecting to enjoy a more quaint and quiet life Riverdale is often known for.

But that changed dramatically when the trumpet player showed up at the height of the coronavirus pandemic.

Some nearby residents at the park say the noise was often distracting for their children who attended school nearby where the would-be musician would play. Much of the time, his tones would be very off-key, Charlip said, while repeating what she believes to be the same three notes. And the odd behavior didn’t stop there.

“A lot of times it seems like he’ll stop and clean out the trumpet like something is wrong with it, like kind of stare at it and then continues to play,” she said. “And this more or less continues throughout the day.”

“There have been some 311 complaints, as well as calls to Councilman (Eric) Dinowitz’s office,” she said.

“But nothing has really gone anywhere. And so I think everyone just wants to get to the bottom of it.”

Spreading into other areas

Noise complaints have been a citywide issue since the pandemic began, but seem to be more prevalent in the summer when more people are out and about enjoying the weather.

Noise complaints across the city jumped 40 percent last year, officials said. And while it doesn’t hold the most complaints of the five boroughs, in the Bronx, noise grievances more than doubled.

The city’s nightlife advisory board suggested thelegalization of drinking and dancing in some public parks back in July. It’s an idea that lacks popularity with many — especially those who live near public parks. And it’s not just the smaller ones, like Seton.

The borough’s largest green space — Van Cortlandt Park — has experienced a significant uptick in noise pollution, neighbors say. The loud music and other commotion continue all hours of the night — especially on the weekends. And it has kept many awake.

“Oh, it’s gotten so bad with the late-night partying and fighting,” said one neighbor, Sharon Berkins. “The worst part is police have been called, the city has been notified. And it still continues.”

While she doesn’t mind partying at the park on the weekend, Berkins simply wants there to be some consideration for her and her neighbors who are just looking for a little bit of quiet time, or at least not having to compete over loud outside noise.

“The yelling is what really keeps people up I think,” she said. “There’s even been instances where you can hear glass breaking. It’s ridiculous.”

Police, however, have said that managing noise is not an easy task — especially when resources are typically needed elsewhere. Its neighborhood coordination program — putting beat officers back on the street — is designed to help mitigate some of those issues, but it’s unclear how success it has been.

Some of those resources at the 50th Precinct have focused on illegal drag racing, which not only creates hazards on the street, but also generates a significant amount of noise.

Independence Avenue received a lot of attention for this very thing last year, but Berkin warns it’s not the only place.

“Yeah, Broadway has become a bit of a raceway these days,” she said. “That’s another issue because that doesn’t occur just on weekends. It can occur randomly throughout the week at night, which is worse than the weekend gatherings they have here.”

Berkins also is concerned about the damage or harm the illegal racing can create.

“I mean, it’s not just the screeching, it’s also the anxiety of waiting to hear if they are going to hit something or someone that keeps you up,” she said.

The complaints have largely boiled over on local social media groups where many have expressed grief about noise and garbage. Those fed up with the ear-splitting raucous say they have tried calling 311 and the 50th, even calling Dinowitz’s office directly or tagging the councilman on posts. Still, they see no end in sight to the late-night fiasco.

“Someone has to do something about this because it’s just getting to be too much for the neighborhood,” Berkins said.

“We all work here. We all pay taxes here. And it’d be a shame if a lot of (residents) moved out of here because no one can get a handle on this situation.”