Nurses say no masks, gloves only the beginning 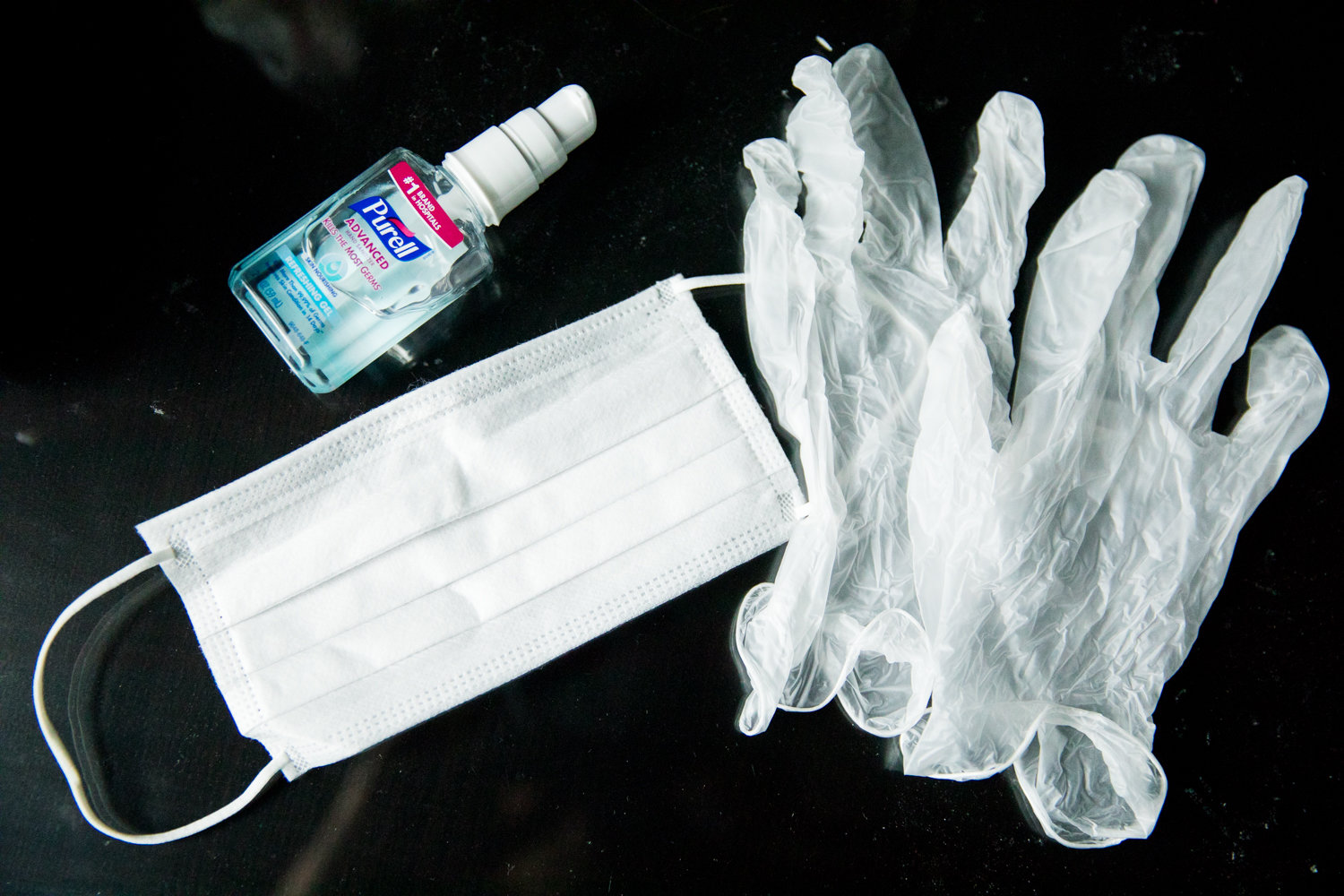 Personal protective equipment like gloves, masks and hand sanitizer has been in short supply since the advent of the coronavirus pandemic. And those shortages have been acutely felt by hospitals with patients afflicted with COVID-19.
JULIUS CONSTANTINE MOTAL 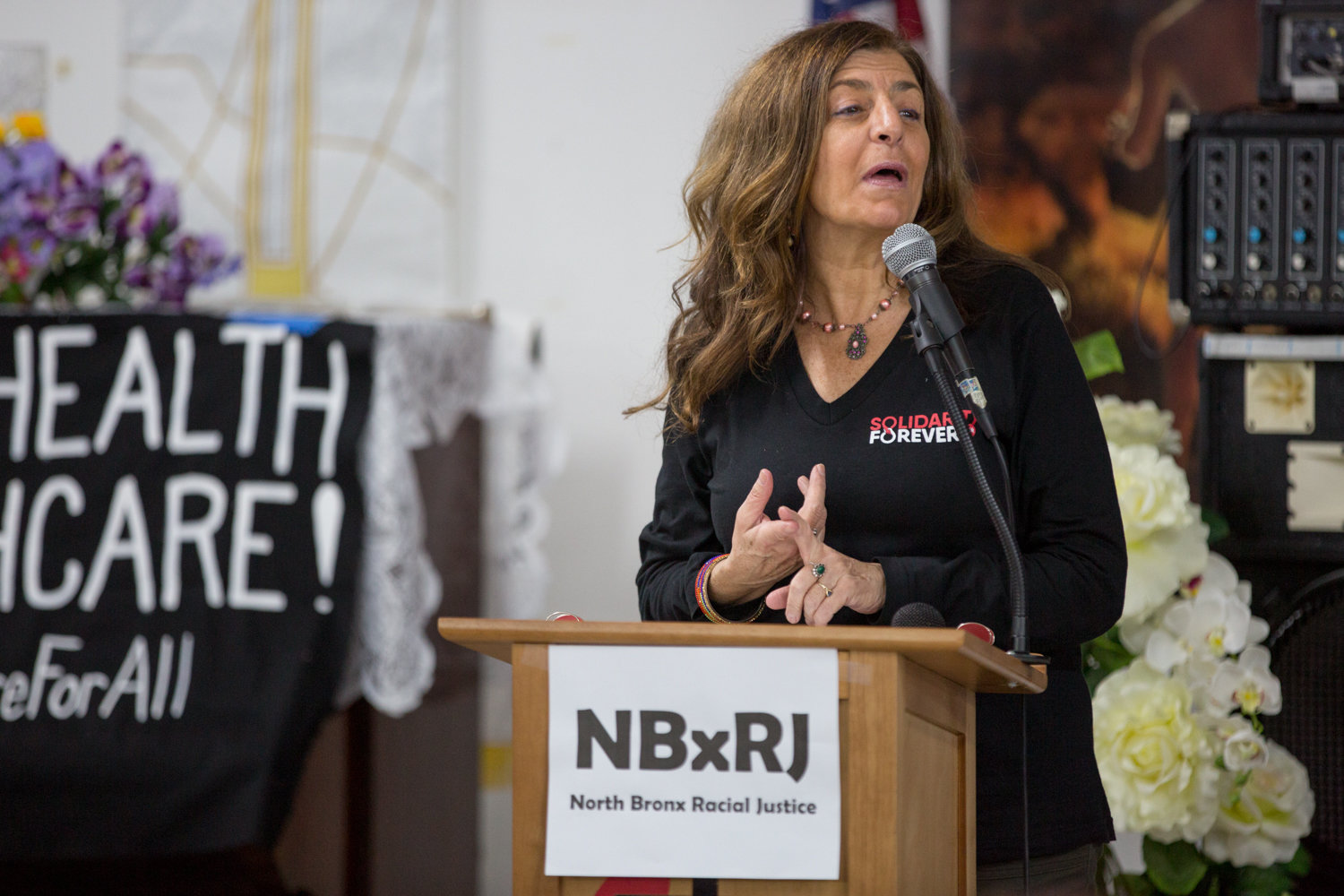 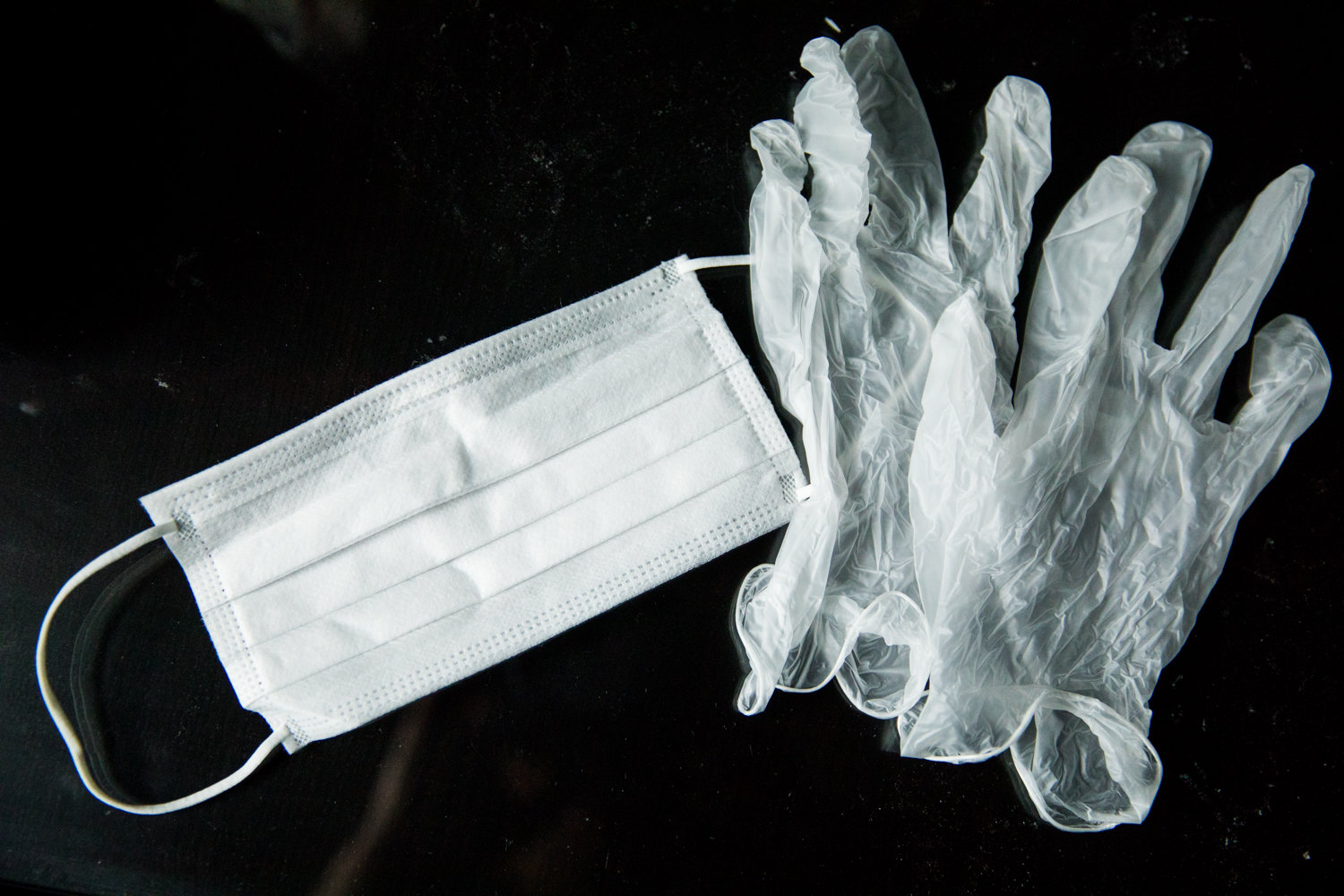 There is a critical need for gloves and masks in hospitals throughout the Bronx — and the city — where there are patients afflicted with COVID-19.
JULIUS CONSTANTINE MOTAL 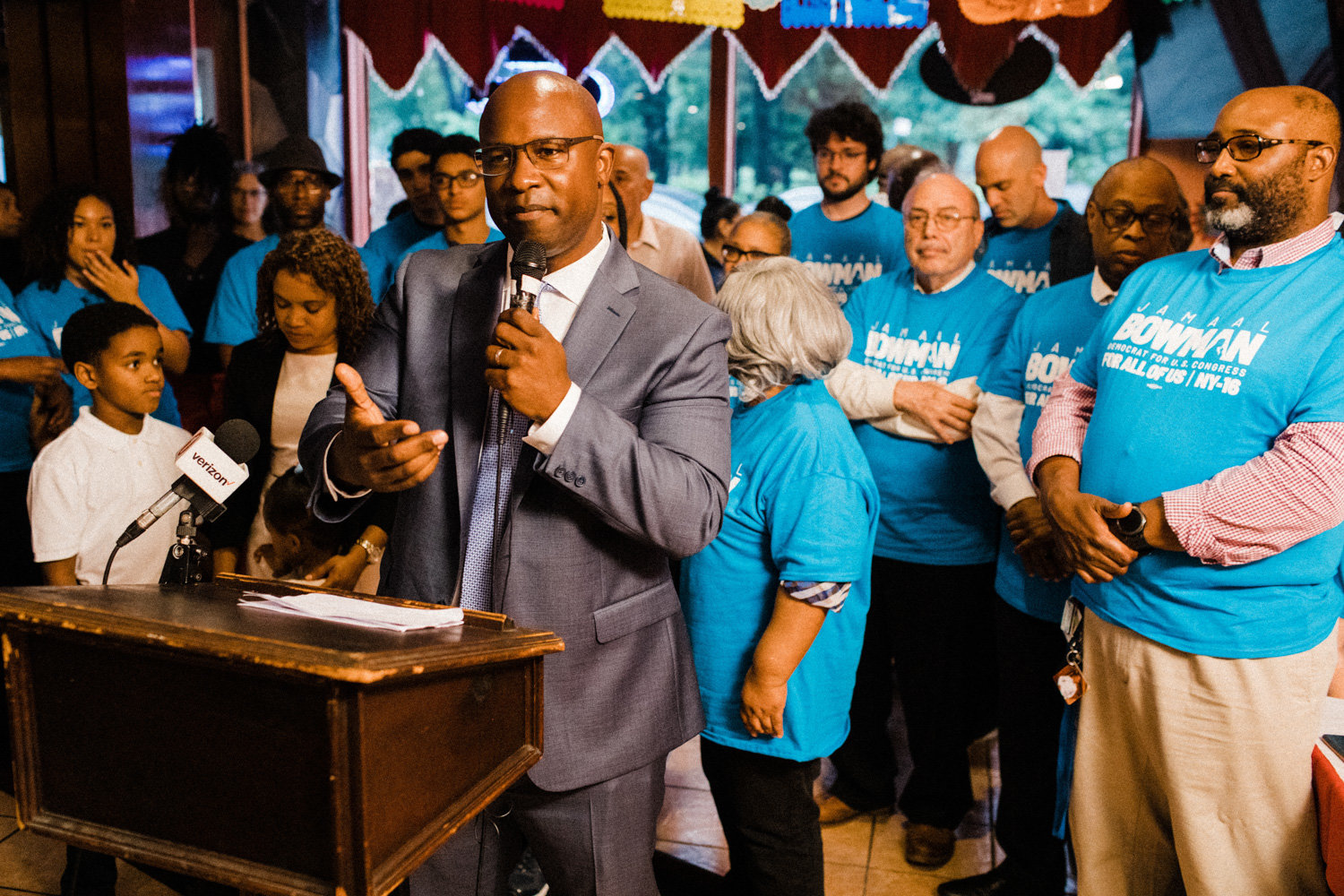 Jamaal Bowman feels the onus is on the federal government to properly respond to a crisis like the one posed by the coronavirus that causes COVID-19, especially when it comes to shortages of personal protective equipment like masks and gloves faced by hospitals.
File photo courtesy of Corey Torpie Photography 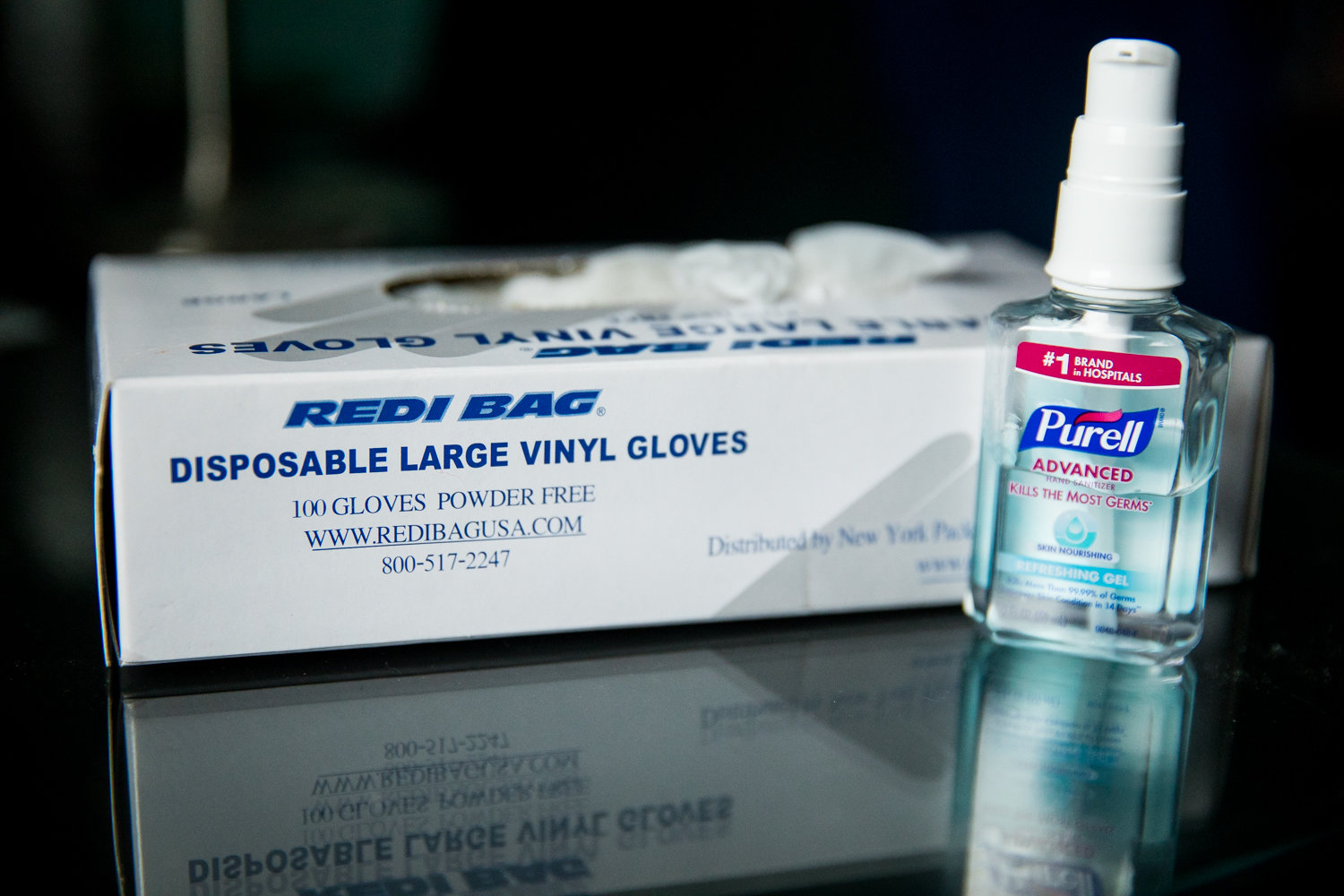 Medical professionals throughout the city have called for more personal protective equipment during the coronavirus pandemic, as there are not enough gloves, masks and gowns to adequately protect them as they treat patients afflicted with COVID-19.
JULIUS CONSTANTINE MOTAL
Previous Next
By KIRSTYN BRENDLEN

Seeing coronavirus infection rates and hospitalizations level off over the past several days has been encouraging for New York in the midst of a pandemic, but that doesn’t mean hospitals and other health care facilities are out of the woods just yet.

Hospitals across the city still are at and over capacity, according to Gov. Andrew Cuomo, taxing not only doctors and nurses needed to fight the pandemic, but making it difficult to keep in stock personal protective equipment for them.

Personal protective equipment, or PPE, includes gloves, masks, gowns and face shields, all designed to protect those treating patients who could just as easily infect them.

Judy Sheridan-Gonzalez, a registered nurse at Montefiore Medical Center who also is president of New York State Nurses Association union, said some of her colleagues in the industry have been forced to buy their own masks and gloves online in an effort to keep themselves safe from the coronavirus.

Jamaal Bowman, a longtime principal in the east Bronx and a challenger for U.S. Rep. Eliot Engel in his congressional seat, rallied with health care workers at Saint Joseph’s Medical Center in Yonkers demanding better protection as the state works to “flatten the curve,” that is, slowing the infection rate as to not overwhelm hospitals any more than they already are.

“That’s what our nurses are doing,” Bowman said. “They are on the front lines. They’re not protected. They’re getting sick. They’re putting their families in harm’s way. That’s what I’ve been hearing from doctors and nurses across the district.”

While Queens has consistently lead the five boroughs in both coronavirus case numbers and deaths, the Bronx has the highest death rate per 100,000 people, according to a recent report by Gothamist. “The Bronx is disproportionately impacted because of the lack of adequate health care in the Bronx for a number of years,” Bowman said. “That community is most vulnerable. The federal government, the Trump administration, has been negligent, slow in their response.”

The “social determinants of health” — things like stable housing and jobs, dealing with racism or sexism, and having stable access to food — all contribute to how a community could be impacted by a pandemic, Sheridan-Gonzalez said.

“Even when it comes to social distancing, the capability of engaging in social distancing,” she said. “I sent a woman home at the very beginning of this who was a grandma, who lived in a one-bedroom apartment with six grandchildren and her daughter. How does she social distance?”

The nurses union has pushed hospital administrators, Cuomo and even President Trump to properly supply hospitals overrun with COVID-19 patients with the right equipment and personnel.

Last week, Cuomo called on Trump to use the federal Defense Production Act to make more tests — something that has been in very short supply since the start of the pandemic. While New York has tested tens of thousands of people, it’s still unable to test many more who show mild symptoms, or even those who might not have fevers or other symptoms at all.

The federal law — first developed to help the United States produce vital resources in a time of war or emergency — already is compelling private companies to produce equipment like masks and ventilators. Cuomo, however, says it should be used for tests, too.

Bowman wants to see the Trump administration step up to help the already straining state governments.

“The federal government’s responsibility here is to respond, so I don’t want to let them off the hook,” Bowman said. “I’ve seen that in California, that the governor was able to negotiate 200 million masks, or PPE, for his state. I think that’s great, right. But while we’re negotiating, people are dying. And that’s unacceptable.”

And while the federal government’s slow response is a factor, Sheridan-Gonzalez said, the for-profit health care system has been unprepared for a pandemic for a long time.

“It is not profitable for a for-profit system to accumulate PPE, ventilators, preparation, training,” she said. “It doesn’t pay anything when you train staff for a disaster.”

In past years, nurses had pushed for temporary spaces to accommodate patients even during annual flu seasons, when patients would sometimes sit in beds in hallways.

After their rally, Sheridan-Gonzalez said the Yonkers hospital replenished its  supplies.

“All the sudden, it was like, from heaven, we got all this stuff overnight,” she said. “It’s still not where we need to be. We really want those hazmat suits like they had in China, because we want to be protected. But it’s certainly better than it was.”

While nurses at her own hospital, Montefiore, have enough supplies for now, Sheridan-Gonzalez worries the federal government might continue its practice of raiding states’ efforts to buy supplies, and not share them where needed with states like New York.

At least five nurses in New York City have died from complications related to COVID-19, she said. And, in her own co-op with a high population of older residents, Sheridan-Gonzalez said that death notices have skyrocketed.

“What they do is when somebody passes on, when somebody dies, they put a little notice on the bulletin board,” Sheridan-Gonzalez said. “There’s like five notices on that board every day. (Usually) you have maybe one a month.”