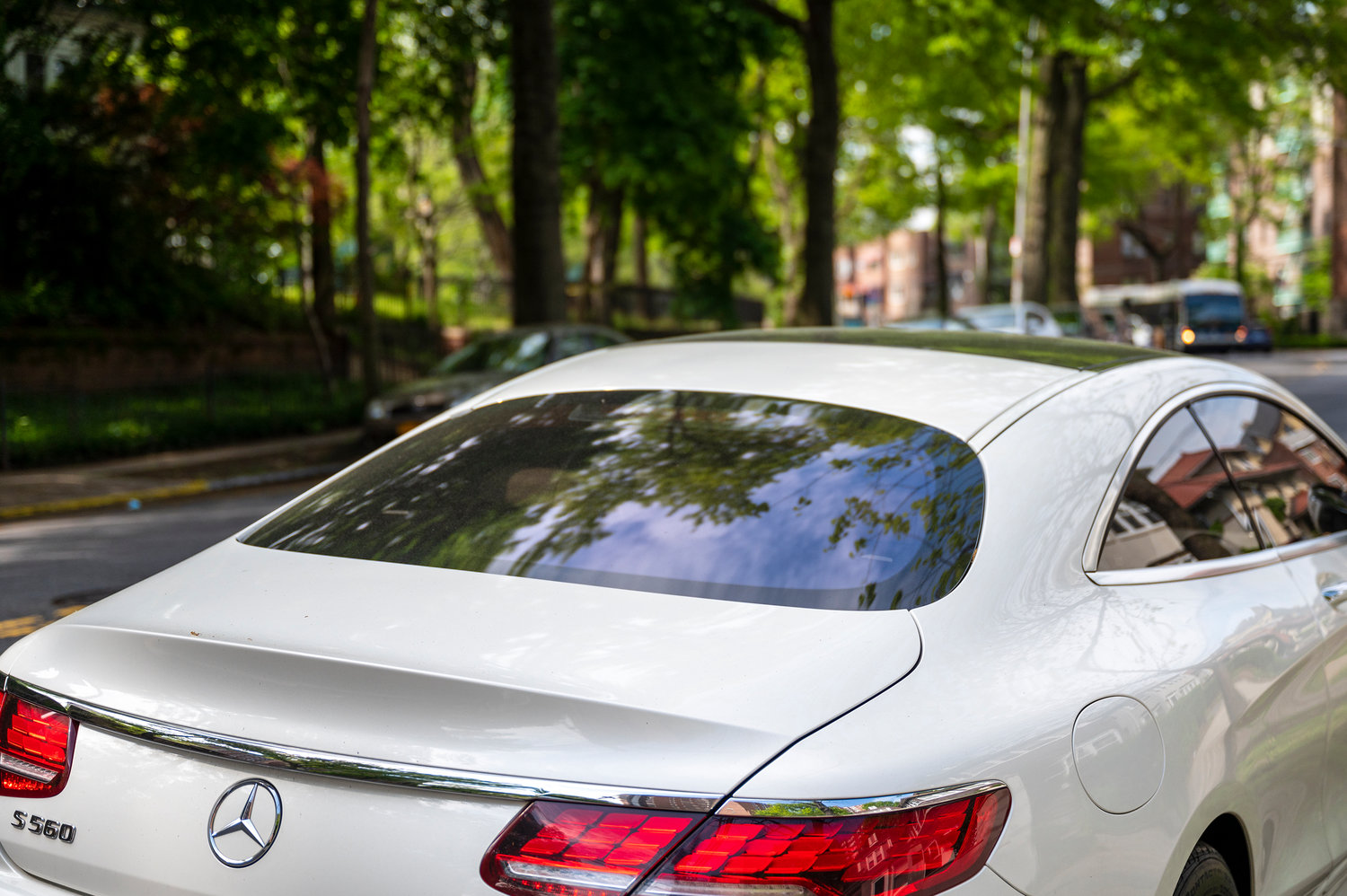 A Mercedes-Benz parked in the Northwest Bronx on Monday, May 16, 2022.
Hiram Alejandro DurÃ¡n
By SACHI McCLENDON

A former New York City Housing Authority employee was sentenced to 12 years in prison for shooting a building superintendent who had written him up for a job infraction, according to the Bronx District Attorney’s office.

The victim, Charles Newton, was shot four times at his office by Frankie Corchado on Jan. 6, 2020. Newton underwent several surgeries to remove the bullet fragments and to treat a collapsed lung. A bullet remains lodged in one of his legs, along with fragments in one of his feet.

“The defendant is now facing consequences for this senseless shooting of a civil servant,” District Attorney Darcel Clark said. “Fortunately, the victim was able to survive.”

An off-duty New York Police Department officer from the 33rd Precinct was arrested in the 50th Precinct on May 11 at 5:40 a.m.

A man was shot in the leg on May 12 at 7:30 p.m., while walking along the 5200 block of Broadway. The victim reported to police that he heard a sound not unlike that of a firecracker only to discover that a bullet had pierced his right thigh. The man walked himself to the Allen Pavilion Hospital and reported the incident to police. No arrests have been made.

A couple reported that a catalytic converter, valued at $3,000, was stolen from their vehicle on the morning of April 30. The victim told police that her husband left their residence on the 3900 corner of Blackstone Avenue and when he turned on the vehicle it made a loud, popping sound.

Police report that there was a camera in the rear of the building where the incident occurred.

A 2017 Mercedes Benz was taken from the 400 block of West 263 Street sometime between the end of February and the middle of April.

A victim reported to police that he parked his car on the block and asked his friend to check in on the vehicle.

On April 18, the friend discovered that the Mercedes was missing. No arrests have been made.

A man was walking on the corner West 225 Street and Jacobus Place around 2 p.m. on April 30 when he was approached by three unknown males, who began punching him in the face.

One of the assailants stabbed the victim twice in the left shoulder and upper arm. The perps then took $457 from the man.

The victim was transported to the NYC Health + Hospital in Harlem in stable condition. No arrests have been made.

Vespa on the run

The victim reported to police that he still had both sets of keys and no outstanding summonses.

Police canvassed the area with negative results. No arrests have been made.

Police report sometime between April 29 and May 2 a man entered the side door of a maintenance building at the Mosholu Golf Course and took a shower inside the locker room.

He then took a pair of maintenance work pants and vandalized a table and carpet, valued at $800, outside of the clubhouse.