Officers give CPR, save man's life 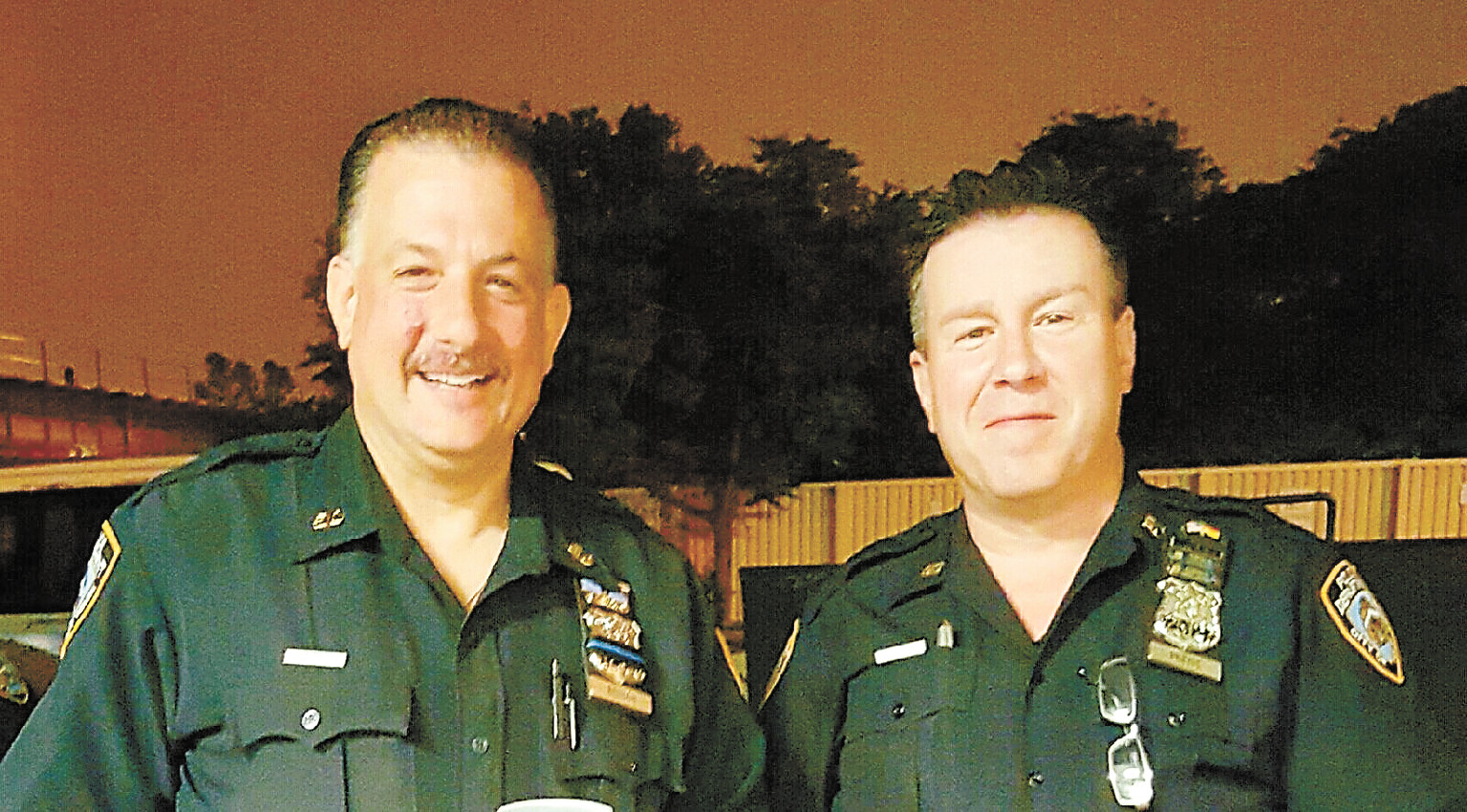 Two officers from the 50th Precinct administered life-saving measures to a man having a heart attack at the 5987 Broadway Dunkin’ Donuts on a recent weekday, according to authorities.

Officers Roland Benson and Kevin Preiss recounted the Dec. 22 incident during a recent interview with The Press.

They said they were responding to a call about an unrelated matter when a group of cab drivers at Broadway and West 242nd Street waved for their attention. After learning that Sase N. Singh was having a heart attack at the Dunkin’ Donuts inside, the local officers sprang into action, administering chest compressions until an ambulance arrived.

“He was laying across the doorway. You couldn’t even get in,” Officer Benson recounted. “My partner jumped over him and we both got down on our knees and I felt for a pulse, there was no pulse and his eyes looked like we was dead already.”

Eventually, Mr. Singh, who could not be reached for an interview, resumed breathing.

A source at Manhattan College confirmed Mr. Singh has taken time off to recover since the incident.

“We got him to the hospital okay and we later found out he was a Manhattan College security guard so the next night, we went to the security booth and asked how he was doing,” Officer Preiss said. “I’ve always enjoyed the part [of the job] where you actually help someone in need.  We do a lot of what you call lift jobs where we help old people that fall out of bed — that’s the kind of thing that I enjoy.”

Officers Benson and Preiss have been on the force for 12 and 20 years, respectively, and have been partners since Officer Benson graduated from the police academy.  They said they were the first on scene of the Metro-North derailment near Spuyten-Duyvil Station in 2013.