On the computer? In the car? SAR here to help 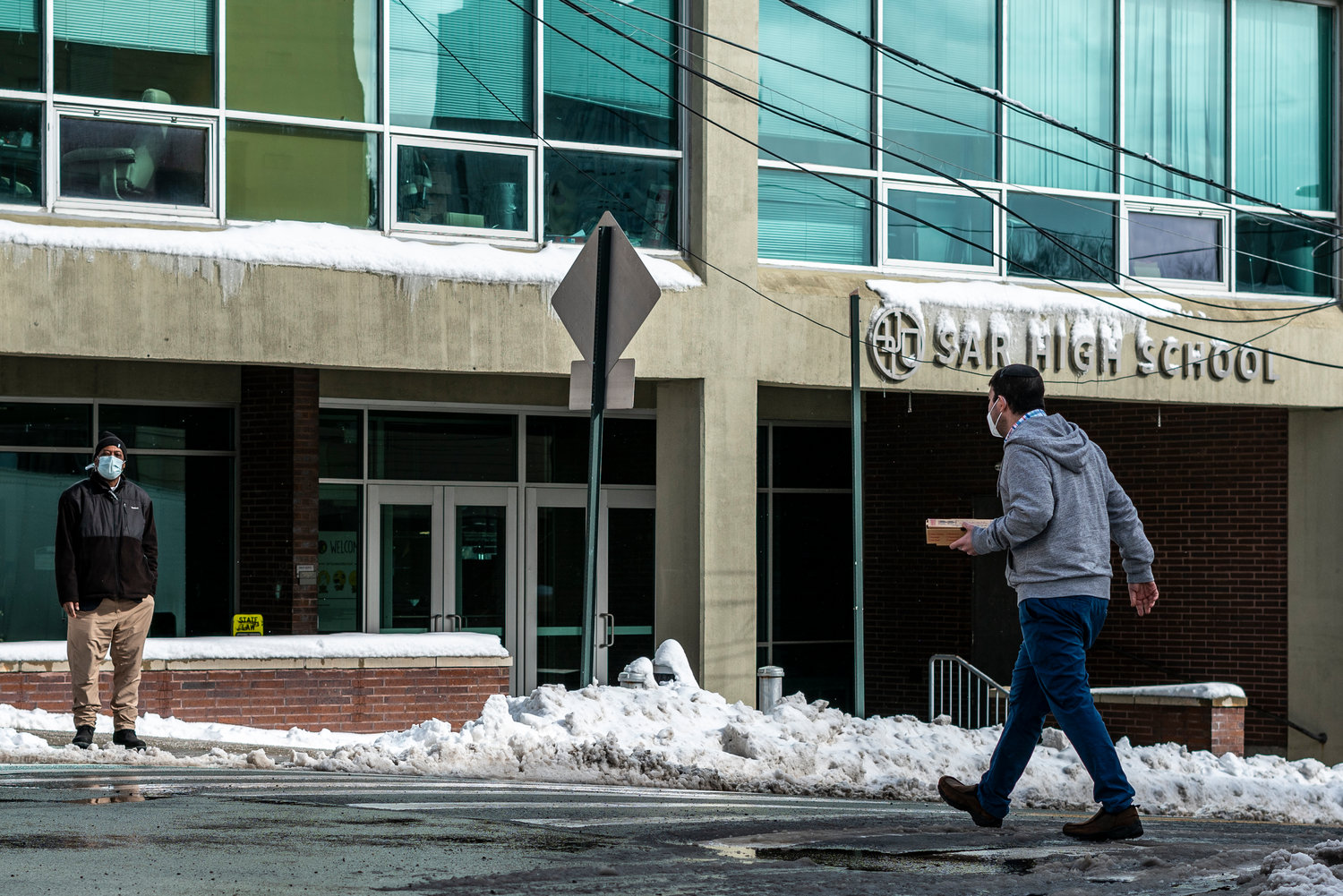 In the early months of the coronavirus pandemic, SAR Academy’s chesed volunteers provided neighbors with food and other essential supplies. Now, they’re taking up an effort to ensure those same neighbors get vaccinated against the virus that causes COVID-19.
HIRAM ALEJANDRO DURÁN 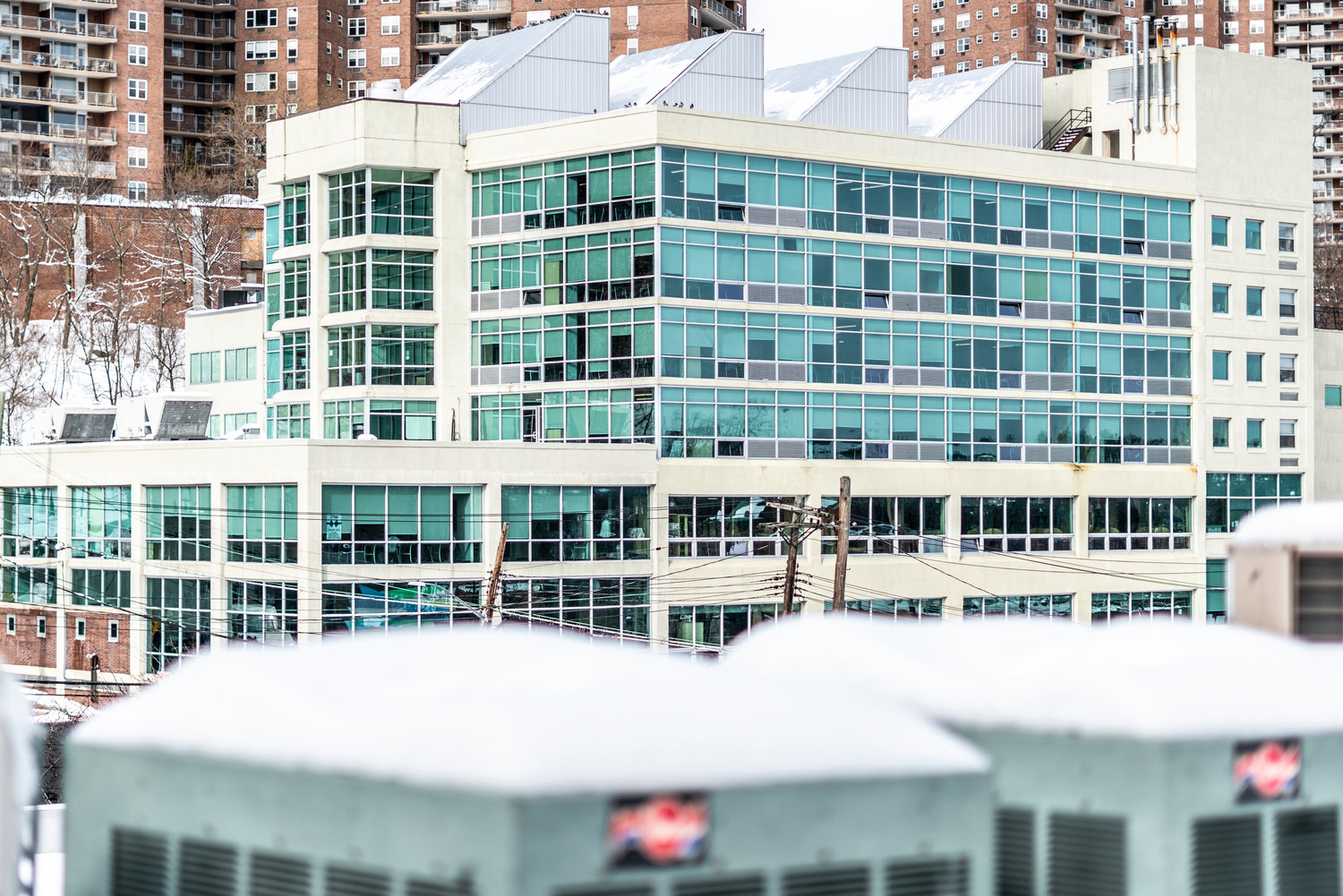 Senior citizens are facing some difficulty getting vaccinated against the virus that causes COVID-19. But a group of volunteers at SAR Academy are trying to help ease the burden, whether by making appointments for them, driving them to appointments — or even both.
HIRAM ALEJANDRO DURÁN 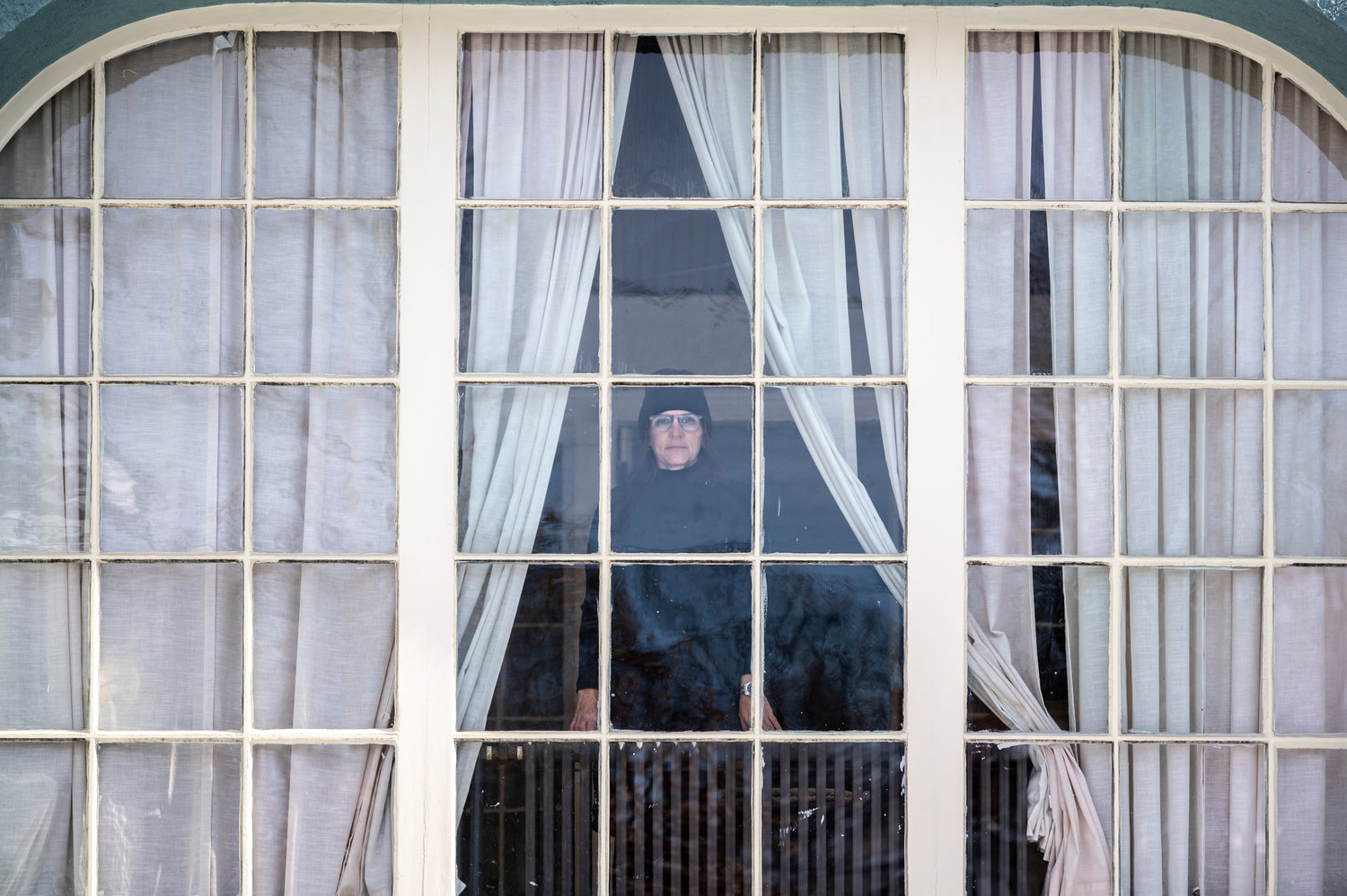 Jen Kroll is one of several of SAR Academy’s chesed volunteers helping elderly neighbors get vaccinated. She hopes her effort to register people for vaccine appointments can help make a difference — especially since local vaccination sites are limited.
HIRAM ALEJANDRO DURÁN
Previous Next
Need assistance?

If you’re eligible for the coronavirus vaccine but are struggling to schedule an appointment, SAR’s chesed team may be able to help. Just fill out this online form at tinyurl.com/ChesedVax

SAR Academy and its nearby high school made national headlines becoming some of the first schools in the state — and perhaps the country — to close because of the coronavirus pandemic.

Now, nearly a year later, they’re leading the charge to get their surrounding community vaccinated against the very virus that initially shut them down.

For many of the pandemic’s early months, SAR’s focus was on how to reopen its campuses safely. That was ultimately a success — nearly 90 percent of SAR Academy’s students have been learning in-person the majority of the time, according to principal Binyamin Krauss. But once the coronavirus vaccine rollout began last December, Krauss noticed the schools prioritizing something new: Getting everyone inoculated.

Educators and pretty much anyone working at schools were likely going to get higher priority for the vaccine, but the rabbi wasn’t exactly sure when those at SAR would become eligible. But getting vaccinated became a team effort, thanks to an online messaging app known as Slack.

“I basically said, ‘We have to crowdsource this. There’s no other way to do this, because it’s not like one website,’” Krauss said. “It’s almost like getting concert tickets. You’re going to have to get on there and keep going until you get appointments.”

And they got those appointments, covering nearly 100 faculty members and school workers. In fact, many are now well on their way to receiving their second and final dose.

But SAR’s success didn’t necessarily translate to similar results for the rest of the community. So Krauss turned his viewpoint outward, asking his team how they could get the rest of their neighbors vaccinated.

Krauss turned to a group of volunteers formed in the early days of the pandemic to deliver food and other essential supplies to the community. They were known as chesed volunteers — the Hebrew word for “kindness.”

And kindness was just what the doctor ordered — along with two doses of the coronavirus vaccine, of course.

Krauss reached out to one of chesed’s members asking if they’d be willing to revive the group. But the volunteers would have a new mission: Connecting neighbors — particularly senior citizens — with vaccine appointments. And soon enough, chesed was back in action.

“We have 50 people in a WhatsApp group called ‘COVID Vaccine Volunteers,’” Krauss said. “They’re literally sharing these things with each other and helping seniors in our community (and) outside our community.”

And the help goes further than simply scheduling vaccination appointments, Krauss said. Some of the volunteers even go so far as to drive people to those appointments, especially since there have only been two primary local vaccination sites — none of which are within the 10471 ZIP code.

For Jen Kroll, the vaccination effort mainly began as a fight for accurate information — which she had, and gladly dispensed to anyone who needed it. And from there, it snowballed.

“I helped two couples, and then they shared my name with six more people, and they shared my name with eight more people,” said Kroll, who parents two children in the SAR system. “You can’t sit there every minute of the day, clicking all 80 sites to find out where there’s an opening. So when there was a group of us, who were all available at different times of the day, we would say, ‘Hey, go on this site, they have openings now.’”

During the early months of the pandemic, Kroll delivered food to seniors as a chesed volunteer. It was overwhelming to see how many people needed help then, and it was all too easy for her to connect the dots once it was time to get people inoculated.

“When this vaccination effort was mentioned, I just turned to my husband like, ‘How are all these people going to get it?’” Kroll said. “If I can just play a little, small part and help a few be able to feel safer a week or two or a month faster than they may have been able to … I’m happy to help.”

The volunteer effort has only been live for a few weeks, but it’s already making waves. The moment seniors 65 and older became eligible for vaccines, Ben and Carin Dachs tried to make an appointment. Carin worked the internet while Ben manned the phone — all without success.

Before long, the process became far too frustrating for either of them to navigate.

“Four-and-a-half hours later, my hands were shaking,” Carin said. “I was crying, and I threw up my arms and said, ‘I give up. I’ll just stay in the house for the next six months.’”

Their daughter, who happens to work at SAR, reached out to see if they needed any help. Seeing that frustration, she connected them with a chesed volunteer, who helped them schedule two vaccine appointments that had just opened up in Brooklyn, where they live. And by the end of the day, they both received their first doses of the vaccine.

Now, some weeks later, Ben and Carin have collected their second and final doses. And for the first time in a long time, they feel safe.

“Shortly, we might be able to actually be indoors with our grandchildren,” Ben said. “We’ve been avoiding them specifically because of our age. We really miss our kids, but certainly our grandkids. And Zoom and other virtual stuff just doesn’t cut it.”

While the prospect of getting a vaccine certainly makes the community a bit more hopeful, the logistics are proving difficult to navigate. And it may take a while before everyone who wants a shot gets one. Yet Krauss is more than happy to make it as painless as possible, for as many people as possible.

“This is going to be a long haul (for) the next six months, at least,” Krauss said. “So we’d be very much interested in being part of that effort.”