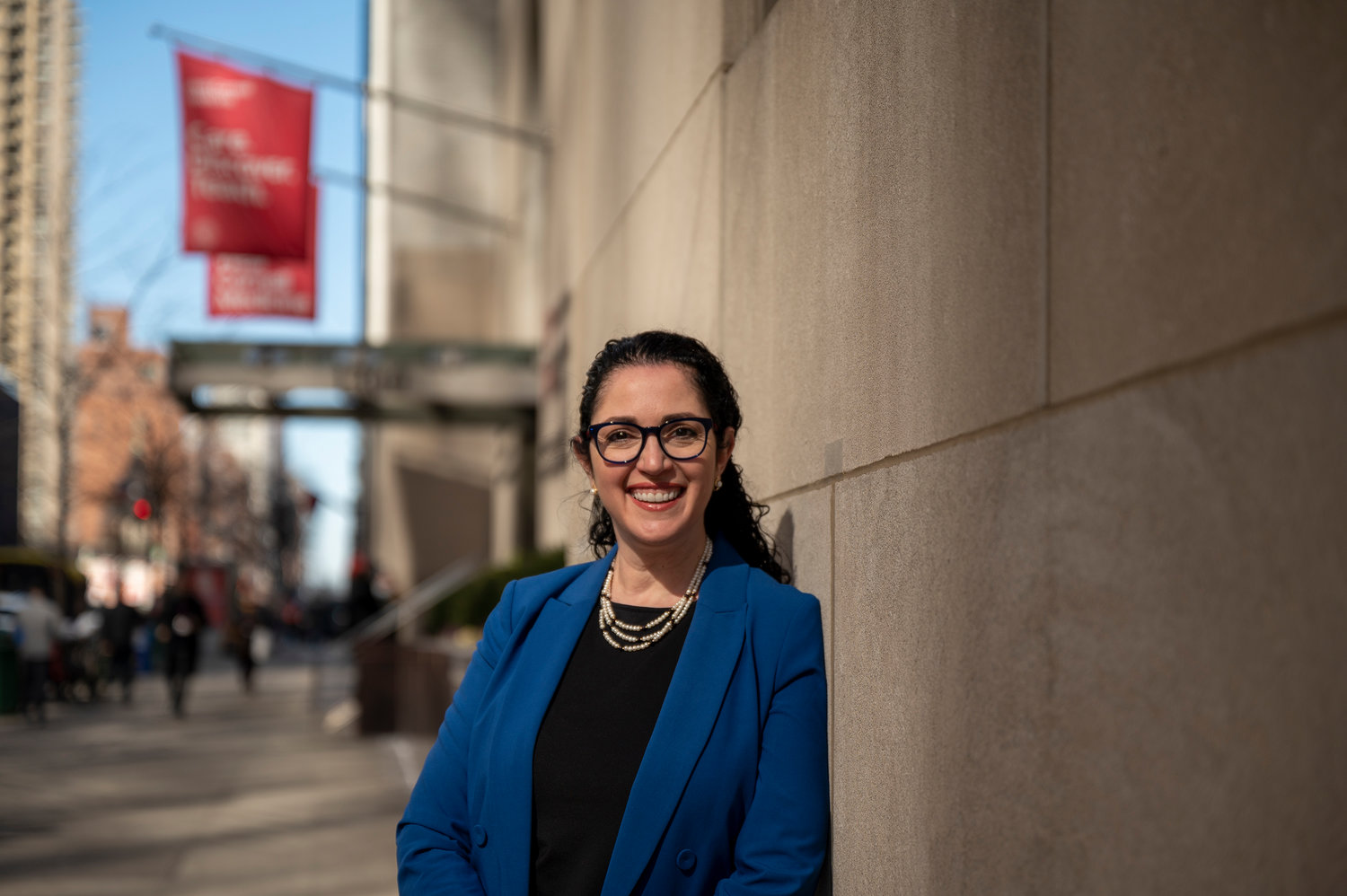 When she’s not teaching professional development at Weill Cornell Medicine, Ruth Gotian is meeting with some of society’s biggest names — like CEOs, astronauts, and even COVID-19 experts — seeking to discover all the factors that play into success. She’s included many of those conversations in her latest book, ‘The Success Factor,’ which is available now.
Hiram Alejandro Durán
'The Success Factor'

Ruth Gotian’s book, ‘The Success Factor: Developing the Mindset and Skillset for Peak Business Performance’ is available wherever books are sold, including on Amazon, where prices range from just over $23 for paperback, and $80 for hardcover.

Buying the book through the Kindle app costs just over $22.

To learn more about the book and its author, visit RuthGotian.com

She spends her days as the “chief learning officer” and an assistant professor teaching professional development at Weill Cornell Medicine. But on this particular evening, she was Ruth Gotian, author of “The Success Factor,” exploring how to reach “peak performance” through the eyes of those who actually achieved it.

People like astronaut Peggy Whitson, who spent more time on the International Space Station than any other American astronaut. Maxine Clark, the founder of Build-A-Bear Workshop. Eight-time NBA champion Steve Kerr. And probably one of the country’s most famous doctors today, Anthony Fauci, who has now had the ear of seven presidents when it comes to public health.

“In addition to a general launch party, we had a private one for those who were in the book and who endorsed it,” Gotian said. “The thing is I knew all of them, but they didn’t know each other. One of the astronauts texted me. He asked if Fauci was going to be there. I said, ‘You know, he’s a little busy right now. We have a pandemic going on.’”

Published by Kogan Page, ”The Success Factor” is the culmination of years of work for Gotian, interviewing a number of high achievers like Whitson, Clark, Kerr and Fauci, but also great minds like Nobel Prize winner Mike Brown, and extraordinary athletes like Olympic gold medal speed skater Apollo Anton Ohno.

The brainchild for her work on success and high achievers was stirred by her 25 years at Weill Cornell, where Gotian oversaw dual degree medical doctor and PhD program — one that accepts fewer than 4 percent of those who apply. It was there she discovered something unique about its top students.

“I ran that program from the cradle to the grave,” Gotian said — everything from recruitment to fundraising. “You name it, I did it.”

“This group of students was the crème de la crème. Even with that, I noticed that there were people that floated to the top. And yet, just like the ‘Great Resignation,’ there were people who trained for so long, but were leaving the profession.”

Instead of focusing on that group of students, she was more curious about the ones who stayed on and did quite well.

“I was always interested in the folks at the other end of the spectrum, those whose work was so incredible,” Gotian said. “I wondered if we could do more with these people so their work would more than make up for those who were leaving.”

So, she took the next step. Gotian was a full-time working mom of three in her 40s — married to Dr. Amnon Gotian, who practices gastroenterology out of The Whitehall — but she headed back to school, ultimately earning an education doctorate from Columbia University Teachers College.

“I studied optimizing success of physician-scientists so much that it was my dissertation” topic, she said. “I haven’t stopped studying success since.”

In fact, Gotian considers her job to “make people successful.” She aims to “unlock their hidden potential. I thaw out whatever is frozen. I like to bridge theory with practice.”

For “The Success Factor,” Gotian carefully selected the top 60 or so stories from among 100 she interviewed. Using her research skills, Gotian boiled down the recipe of that success from four attributes: intrinsic motivation, perseverance, strong foundation, and constantly learning through informal means.

The book describes how those attributed serve as a guide to help people reach their peak, but still maintain their spirit.

“When I spoke to Olympians, many of them told me their medals were in a safe, a sock drawer, a paper bag,” Gotian said. “One Olympian told me he gave his to charity.

“I said, ‘I don’t understand.’ They told me the medal was just a chapter in their lives, not the whole book.”

As for Fauci, he shared with Gotian how he decides which projects to take on.

“If it’s something that is just interesting, it’s a hobby,” he said. “But, if it’s important, it will have an impact, and that impact can have ripple effects.”

CORRECTION: Astronaut Peggy Whitson has spent more time in space than any other American astronaut. A story in the Feb. 24 edition provided incorrect information.