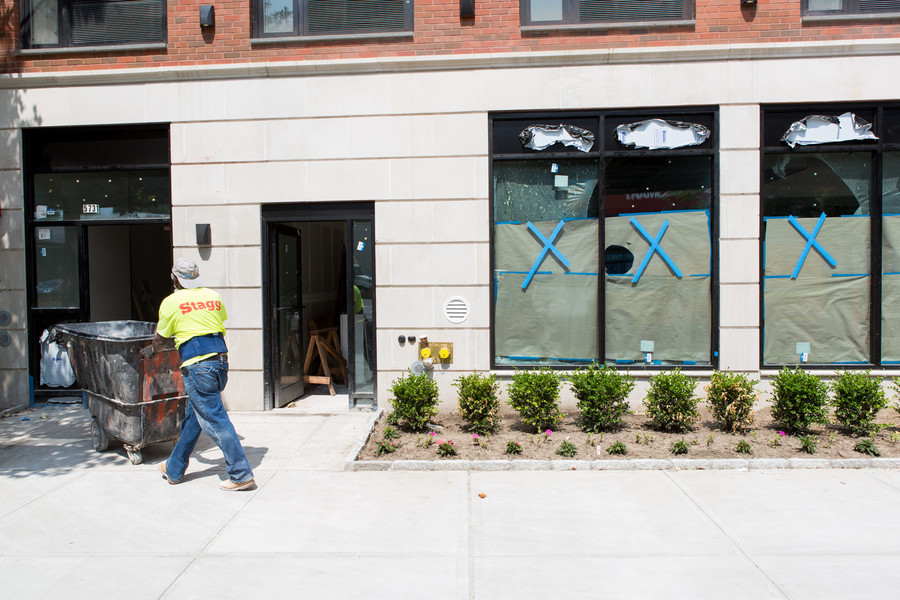 The Van Cortlandt Motel has been a source of tension between the city, elected officials and community leaders.

In October 2015, more than 50 homeless men took up residence at the $175-per-night motel at 6393 Broadway. They moved in without anyone telling community leaders, and the outcry by both residents and elected officials forced the city to relocate the men.

In their place, however, city officials created temporary housing for homeless families at the motel, prompting yet another outcry as well as accusations the city “lied” to residents.

Last September, Community Board 8 unanimously passed a resolution demanding the resignation of the city’s social services department commissioner Steven Banks and assistant commissioner Matthew Borden. The resolution also called for an investigation to end the motel’s use as temporary housing.

City officials denied lying to community members and said its decision was made because of an increased number of homeless New Yorkers last summer.

There are currently 28 families living at the motel, according to officials at the city’s homeless services department.

Just a year after effectively losing a battle to get homeless families out of a Broadway hotel, elected officials and community leaders were caught by surprise yet again when word got out that a recently constructed apartment building at 5731 Broadway would become a shelter for more than 80 homeless families.

Now elected officials are crying foul, and one Community Board 8 committee has added discussion of the proposed shelter to its July 27 agenda.

“I am outraged at the city’s plan to convert a brand-new apartment building in Kingsbridge into a homeless shelter,” Assemblyman Jeffrey Dinowitz said in a statement of the building, located between West 234th and 236th streets. “The community was led to believe that 5731 Broadway was to contain market-rate housing. Now — without the slightest consultation with the community board, members of the community, or my office — we find out that we were the victims of a classic bait and switch.”

This isn’t the first time Dinowitz said he felt deceived about a Broadway project. Just two years ago, the Van Cortlandt Motel just a few blocks away became a shelter for the homeless. While they were able to remove homeless men from the shelter, struggling families are still housed there today.

“I am frustrated and angry that the Department of Homeless Services is obsessed with dumping another shelter on the Broadway corridor,” Councilman Andrew Cohen said in a statement.

“We as a community have been trying to improve the business climate on the southern end of Broadway and strengthen the residential portion of the northern end. DHS seems committed to destroying that effort.”

Simply expanding shelters is not the approach the city should take with the homeless, Cohen said. Instead, New York must come up with “concrete measures to keep people in their homes before they become homeless.”

The shelter has become the first test of new CB8 chair Rosemary Ginty, who told The Riverdale Press that she doesn’t yet have enough information on the overall project. The announcement she received was “sparse on the facts” when it came to what the Kingsbridge apartment would be.

CB8 will try and gather those missing details July 27 after the land use committee amended its agenda to include a discussion of 5731 Broadway.

“We agreed that we needed to have a public hearing in the community so that the city agency would come and explain the project to the community,” Ginty said.

“Homeless New Yorkers come from every community across the five boroughs, so we need every community to come together to address homelessness,” department spokesman Isaac McGinn said in an email. That means implementing what he called a “borough-based approach,” ending cluster sites and commercial hotel facilities — like the one at Van Cortlandt Motel — and using facilities like the Broadway apartment building instead.

The new building, McGinn added, would offer temporary housing to more than 80 families who already live in the Bronx, It would provide a shelter closer to their original communities, helping those families get back on their feet.

The Manhattan-based nonprofit Praxis Housing Initiatives will provide support services like permanent housing placement assistance, after-school programming for children, and mental health services. The organization also will provide on-site security 24 hours a day, including a security officer at each building entrance, a department official said, with some help from the New York Police Department.

Additionally, the department said it would work with and the neighborhood groups and leaders to “ensure this facility is integrated seamlessly into the community, and our clients receive a warm welcome.”

More than 350 people are currently in need of temporary housing within the confines of Community Board 8, according to data provided by the homeless services department. Right now, a little more than 80 in the community have found shelter.