Pastor to perform a musical autobiography 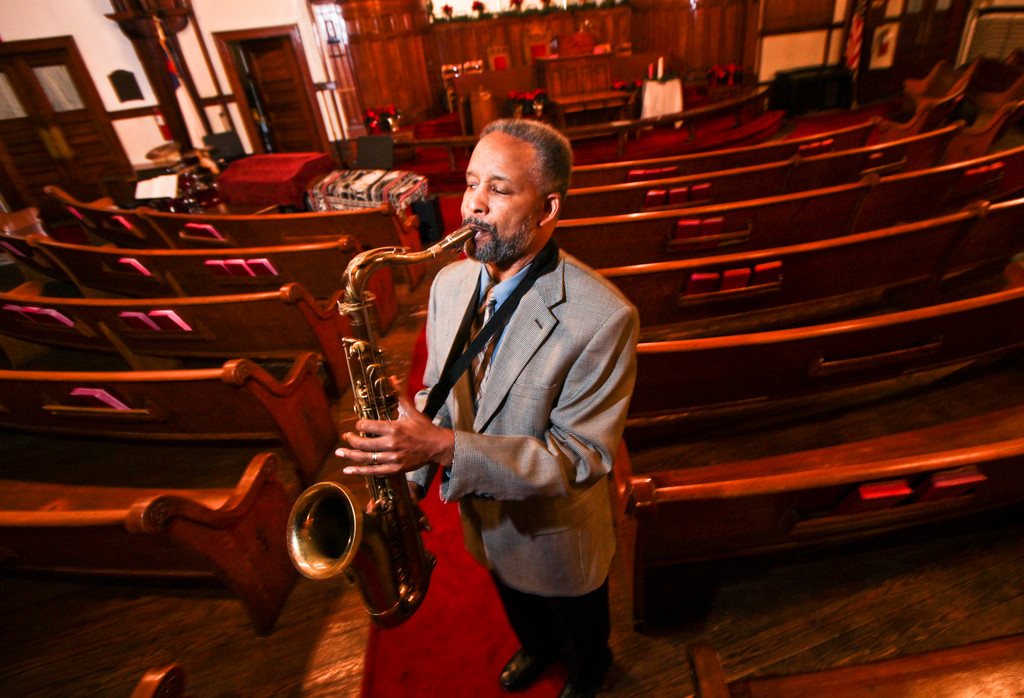 Rev. Nathaniel Dixon, belts out a couple of notes on his tenor saxophone on Tuesday.
Riverdale Press / Byron Smith
By Adam Wisnieski

This weekend, a man’s journey from professional jazz saxophonist to pastor will be presented at St. Stephen’s United Methodist Church.

“The Compositions of Rev. Nat Dixon” will explore Rev. Nathaniel Dixon’s path from jazz clubs to the pulpit.

Rev. Dixon has been pastor of St. Stephen’s United Methodist Church for more than six years. In that time, he spearheaded a successful fund raising campaign that restored the tattered church to how it looked in 1898. In 2005, the retired music teacher and former supervisor for the New York City Department of Education founded the successful St. Stephen’s Saturday Music Academy, where he teaches brass to people ages 8 to 80. He also served on Community Board 8 and created a homework help center for local students.

Rev. Dixon’s teaching, preaching and playing worlds will meld together during a series of weekend performances.

“This is the best point in my life, because it’s all coming together,” he said.

The first night of music, on Friday, Dec. 2, will feature a quartet with Rev. Dixon on sax. The performance will represent Rev. Dixon, or in this case, Nat Dixon’s early life as a professional jazzman.

It chronicles a period during which he toured the world and played shows with other prominent musicians such a Sam Rivers, Reuben Wilson and Kenny Kirkland. He described this first piece of the trilogy as inspired by legendary sax player John Coltrane and one of his most frequent collaborators, pianist McCoy Tyner. Songs from Rev. Dixon’s five jazz albums will be included in the performance.

As he moved from being a jazzman to a teacher and ultimately to a pastor, he said he grew spiritually. To express that, he started writing lyrics. But he said it was hard to put lyrics to his music.

“I didn’t know they were that hard to write. I didn’t use to have much respect for lyricists. They’re challenging,” he said.

The last performance will be held on the afternoon of Sunday, Dec. 4 and will feature three choirs singing Rev. Dixon’s songs. St. Stephen’s choir, the Salem United Methodist Church choir and the Michael Howell Singers will belt out his songs, representing where he is now: a pastor rich in spirit.