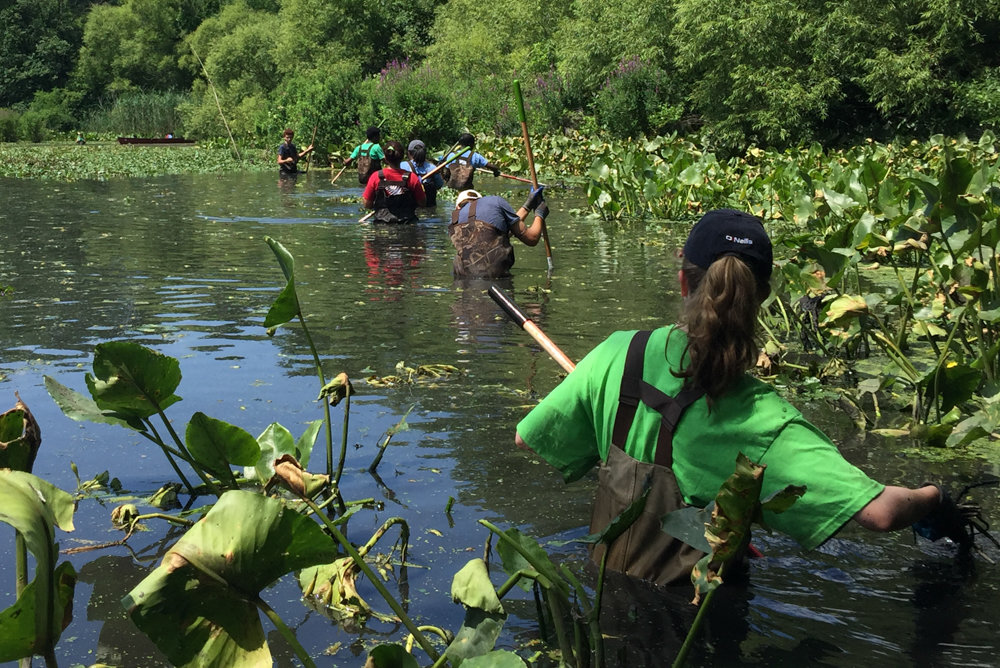 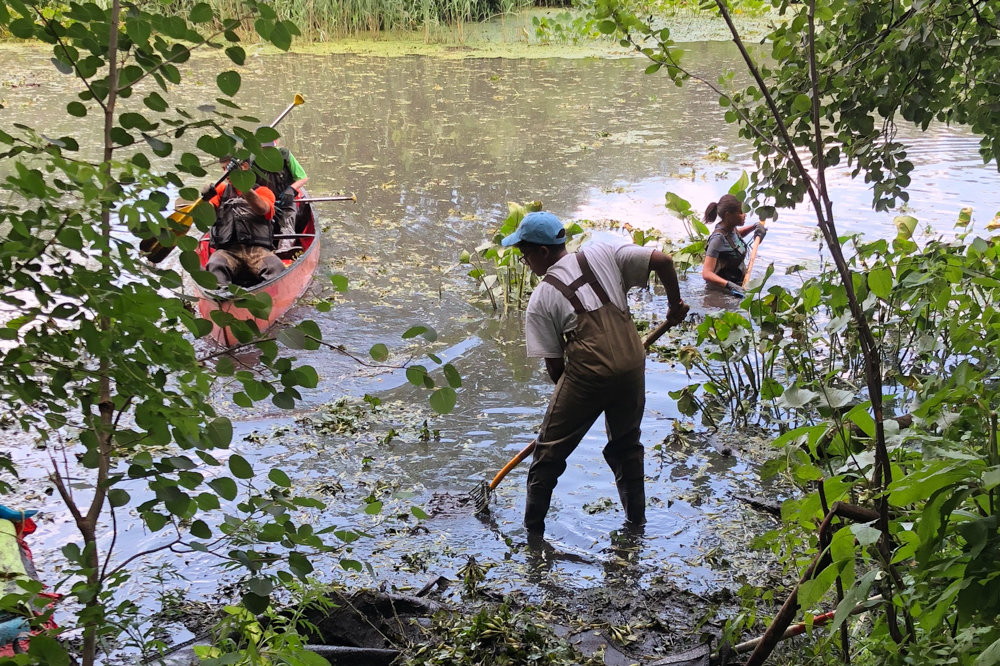 The Friends of Van Cortlandt Park and the Van Cortlandt Park Conservancy have a long history of working together, including a water chestnut removal program last summer that gave hands-on experience to teens with green thumbs. The two organizations will become one in the next several months, and as a result, most of the board governing the Friends have resigned.
Courtesy of Christina Taylor 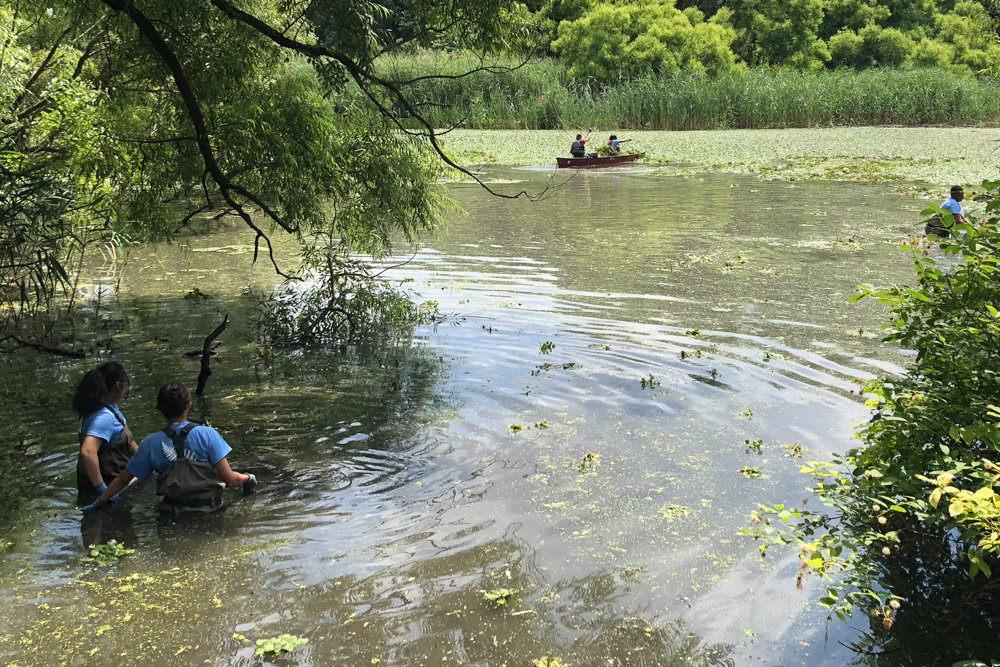 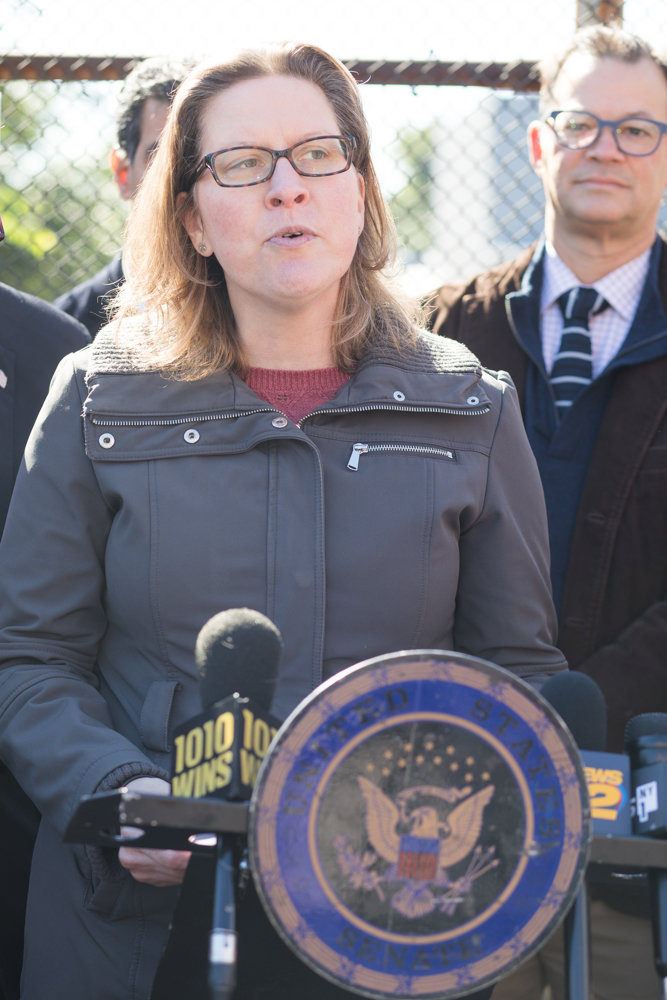 The 18-member board that runs Friends of Van Cortlandt Park has suddenly shrunk to just five. But no worries, according to Friends executive director Christina Taylor. It’s all part of a plan.

“It really goes back to the fact that we have two organizations working toward the same goal in the park,” she said. “This is a way to streamline the process, and this is to create an organization that could raise more money. Honestly, we compete with each other, and this reduces the competition that there is.”

In preparation for the merger, the Friends board of directors voted to reduce its numbers to five — joining a planned board reduction by the conservancy as well — who will continue into the new Alliance. For the past two years, the two Van Cortlandt Park organizations have worked to build the Alliance in a literal sense as well, looking for ways outside of the official marriage to do things together.

Last summer, interns from the Friend’s Summer Water and Trails Crew spent a good amount of time on Van Cortlandt Lake with the conservancy’s Urban Eco-Teens. They also took on other projects together, like removing invasive aquatic water chestnut from the lake.

Each organization has managed some success individually over the years as well. The Friends, for example, cleansed Vannie’s ponds and maintained paths throughout the park. They also created educational programs like Nature Awareness and Fresh Water Ecology, teaching kids about the woods and wetlands in the park.

The conservancy, on the other hand, developed an urban ecology teen internship program and has consistently host field trips around the park.

But even when Taylor sports her Friends of Van Cortlandt Park T-shirt, people still mistake her as a member of the conservancy. So the partnership between the two just made sense, she said. The Alliance will continue many of these individual programs, while maintaining park funding, improving its layout, and even build new programs.

Eric Seiff, a former Friends chair, describes the changes — including the massive reduction in the size of his organization’s board — “a unique moment in history.” However, he suggests the move might not be that the merger is almost done, but more of a way to ensure the merger happens on a more accelerated schedule.

“We think we’re very close (to merging), and as a sign of good faith, let’s reduce our numbers to five members who will continue with the Alliance,” Seiff said. “And then that will push it over to the top.”

However, Seiff is worried the new small board will deter donors. He also fears the merger will stifle the independent voice of the Friends, which has been a mouthpiece for the community over the years.

“What I fear of is funders will look at the Friends and the conservancy and will say, ‘It’s a nice idea that you would get together, but the Friends is now a fraction of what it used to be and I’m not sure,’” Seiff said.

Once the Alliance is established, neither the Friends nor the conservancy will disappear immediately. Nor will the support of the 13 members who resigned, Taylor said.

Funding will continue for park maintenance and educational programs, and are expected to even grow under the alliance, she added.

“We will still be raising money for the park,” Taylor said. “And the board members are still committed to restoring the park and will be involved in others ways.”