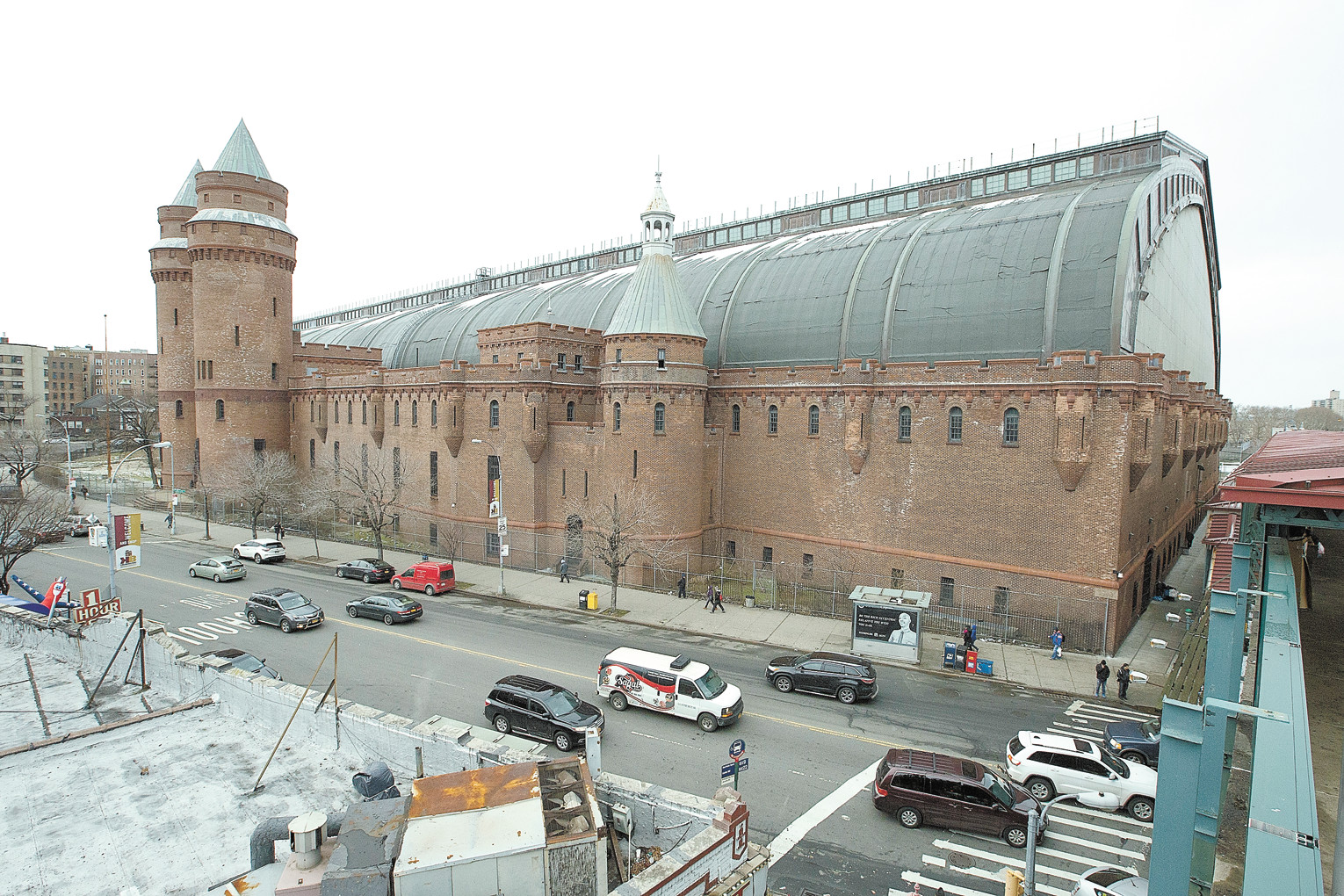 Kingsbridge Armory, located at West Kingsbridge Road and Jerome Avenue, on Feb 8.
Photo by Michael Winfrey
By Will Speros

The state has breathed new life into the Kingsbridge National Ice Center (KNIC) in the form of mad money.

Following delays and perceived fundraising hiccups, the New York State Public Authorities Control Board approved a $30 million loan from the Empire State Development Corporation (ESD), according to ESD meeting agendas in December and January. The loan to help pay for the first phase of development could put the project back on track to meet its original launch deadline of March 2016. KNIC plans to build nine ice rinks inside the long-underused armory, located at West Kingsbridge Road and Jerome Avenue. A lawyer for the developer did not provide any provide any representatives from the project for comment for this article.

An organizer for the Northwest Bronx Community and Clergy Coalition welcomed the prospect of construction, including 50,000 square feet of planned community space.

“We are in support of them getting this loan if that gives them the ability to begin construction. We want to see those hard-won community benefits realized,” said Alexis Francisco.

The coalition advocated for community residents and businesses since the prospect of developing the Kingsbridge Armory made headlines in 2012. In 2013, the group helped organize a community benefits agreement, with KNIC including promises to provide free ice time to local youth, space for community facilities and priority for area residents to receive jobs.

Former Community Board 8 Chairman Robert Fanuzzi supported the project in its early stages, but did not participate in initial conversations with the developer. He called the final agreement one of the “hairiest deals that ever went down.”

“I tried very hard to keep my board out of it,” Mr. Fanuzzi said.

“I’m happy it’s back on track. It’s a tremendous opportunity to organize local youth,” he added.