Neighbors fight for park upgrades and courts, but city says it’s too much 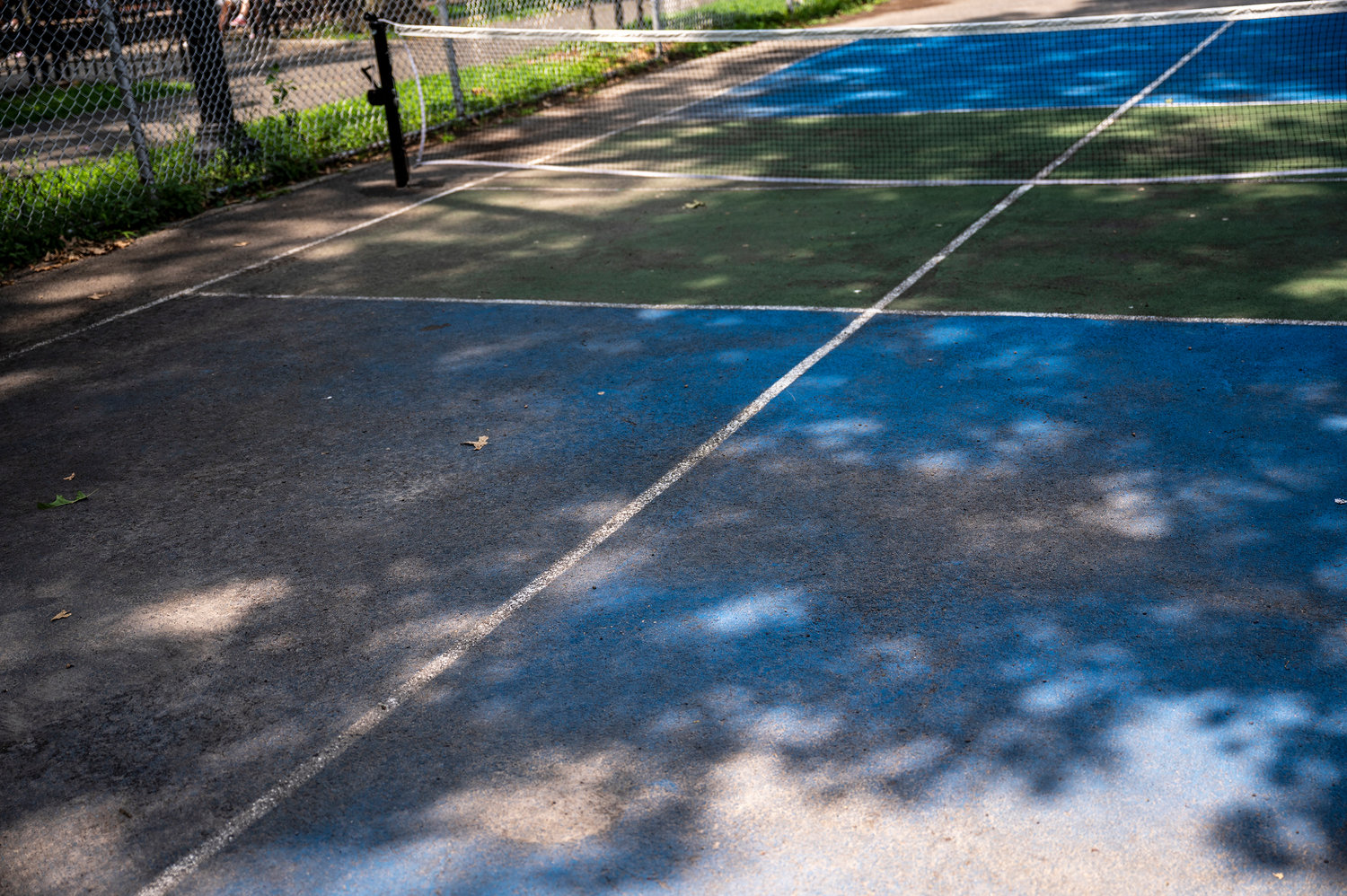 Alex Rosenblum, a northwest Bronx resident, found that the pickleball court in Van Cortlandt Park was an embarrassment. There is only a low net, with no borders.
Hiram Alejandro Durán 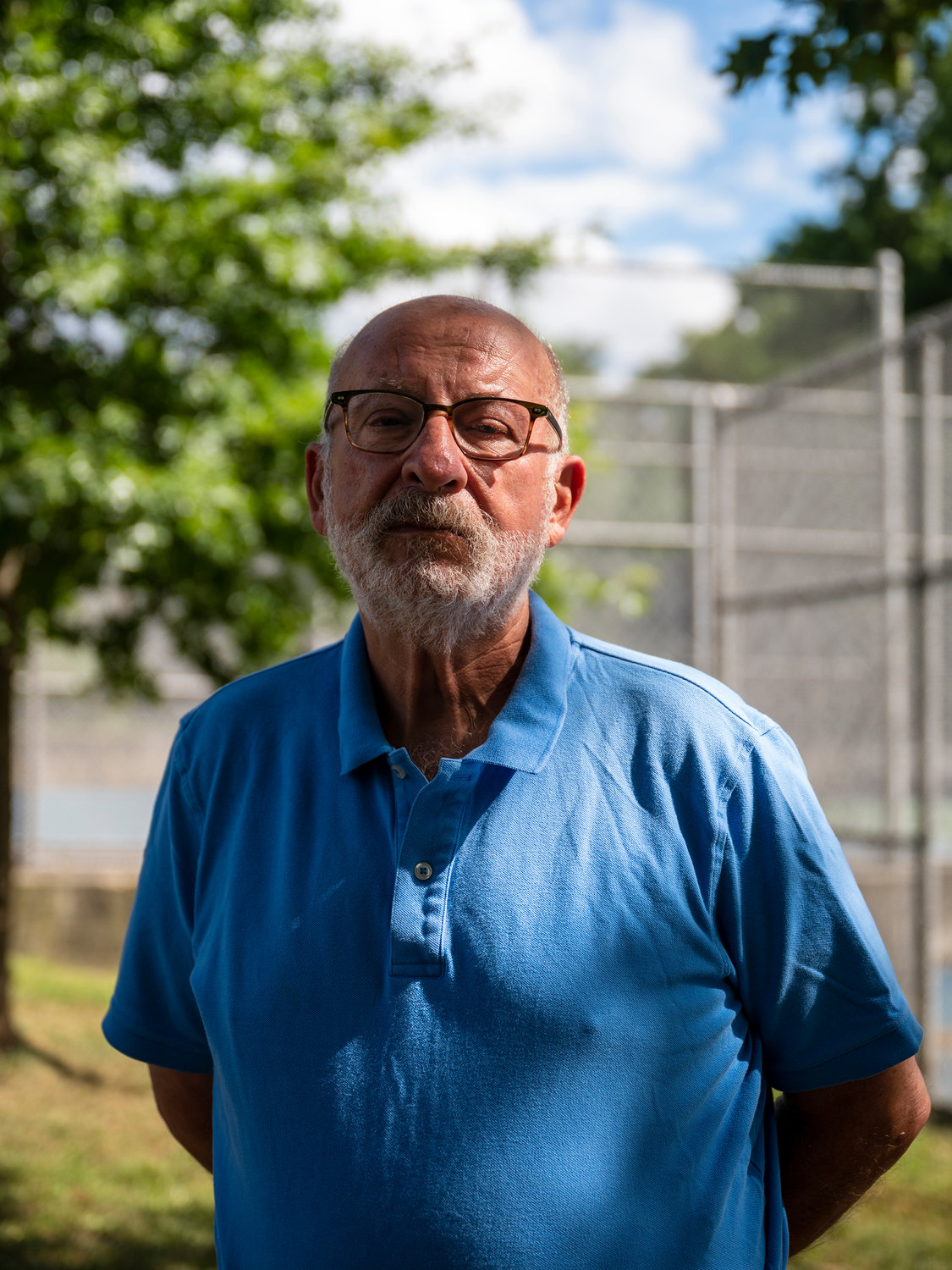 Alex Rosenblum, a retired lawyer and sports enthusiast, picked up pickleball as he got older while in Florida. He felt that his home in the Bronx should play it, too. But there is only one court. He currently is reaching out to local officials to support his interest for the community.
Hiram Alejandro Durán 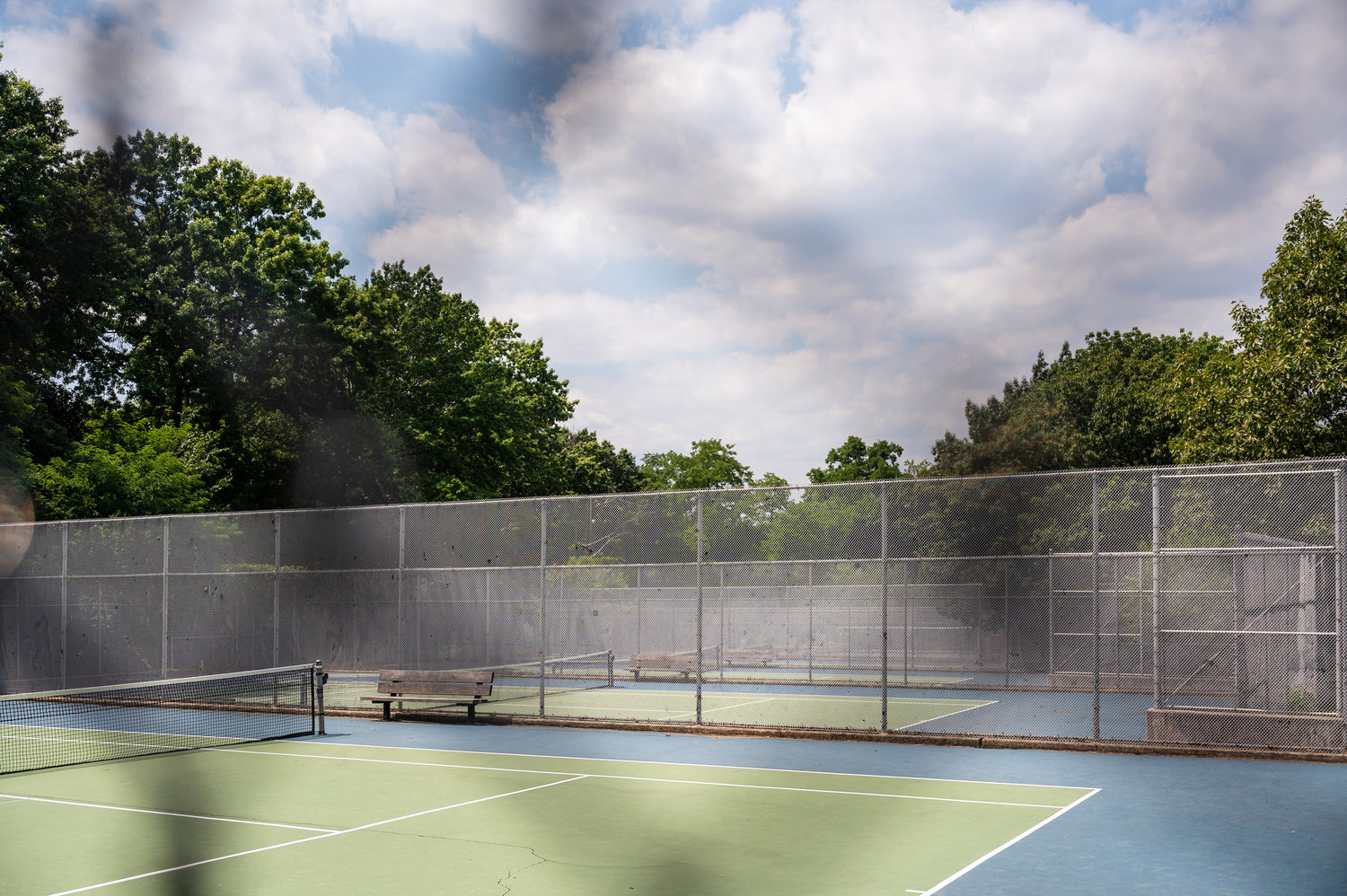 Seton Park has more than a handful of tennis courts places . The community has complained about cracks on the floor, tree limbs hanging and acorns lying on the court. Residents feel that the parks department can add a pickleball court anywhere inside. However, it would require a capital project, which the parks department is not considering.
Hiram Alejandro Durán
Previous Next
How to play

The server must serve the ball diagonally behind the back line. To serve, the player must throw the ball in the air while hitting it underhand, near the waist without letting it bounce on the ground. The first bounce must be on the opponent’s side.

First and foremost, players are not allowed to volley or step inside the “no volley zone” or known as the “kitchen,” an area nearest the net. Each side has a 7-foot area. If violated, it is a “fault” and gives a point to the opposing team. Yet, there are exceptions such as if the ball lands in the kitchen the player must try to hit the ball after one bounce as soon as they can.

Pickleball is played until 11 points are scored and the winning player must outscore the opponent by two points. The game can be played as singles or doubles.

Despite its food-like name, pickleball is the fastest growing sport in the country. The sport actually exploded during the pandemic.

There are 4.8 million people who played the sport in 2021, which is a 15 percent increase from 2020 according to a pickleball fact sheet.

The game is quite simple, if you’re familiar with tennis and racquetball. According to Alex Rosenblum, a retired lawyer and pickleball fan, everything else in the game is different.

First there is a paddle instead of a racket, the ball is completely different when it comes to the bounce and lightness of the ball. Even though the court might be similar, the rules change the game.

It’s easy to learn but hard to master. The game is social, and it has a “no-volley zone” near the net.

Rosenblum is passionate about pickleball, not only because he has been playing sports his entire life, but after a heart attack, his doctor told him to find a less strenous sport.

He took the advice, but as his health declined, he bought a place down in Florida.

“I noticed they were playing this weird game, it looked like tennis but was (called) pickleball,” he said. “It allowed me to run around, and it’s gentle compared to other sports.”

He is not the only resident who plays the new popular sport. Fellow Riverdale residents Carol Stricker and Bonnie Geller-Geld do, too. To them, pickleball is a sport  they want to bring to their community.

A parks department representative gave the pickleball fans some hope for the northwest Bronx.

“It’s always our goal to provide a balance of access between all of the various sports and activities that our regular park visitors enjoy,” said Megan Moriarty, press officer for the parks department. “In response to community requests, we are looking into adding more pickleball courts in the neighborhood and we plan to hold a public input meeting in the coming weeks.

“Manhattan, Brooklyn and Queens have built and adapted courts while your (councilman and assemblyman Dinowitz) agencies have languished except for the embarrassing, isolated, unusable court thrown together in Van Cortlandt Park,” Rosenblum wrote in email to councilman Eric Dinowitz, Assemblyman Jeffrey Dinowitz and Community Board 8.

Van Cortlandt Park does indeed have a pickleball court. But it is part of a paved game court, allowing people to freestyle any game they choose.

“At this time, we do not have plans to make changes to the pickleball court in Van Cortlandt Park,” Moriarty said.

There are no nets, barriers or a protective fence to prevent a ball from leaving the court and rolling away.

Not many people who play the game have the stamina to continue to run after the ball. Rosenblum told The Riverdale Press pickleball is popular with seniors  because it’s slower than many other sports.

Since Rosenblum, Stricker and Geller-Geld are trying to spread the word about pickleball, they are aiming to go to Seton Park, which already has eight tennis courts.

“Before you (parks department) invest in pickleball court you need to upgrade what’s here. There are cracks on the tennis courts and there are tree limbs,” Stricker said.

“We’re fighting so hard, but what else can we do?”

The low maintenance of the courts has caused an uproar and community complaints in the parks.

“I was surprised that I saw beautiful courts they made (near the) Brooklyn Bridge,” Geller-Geld said.” Someone paid for them, someone cares about them over there.”

Requests to fix up the courts might fall on deaf ears — for now. The parks department claims that putting in such courts would be costly since they would have to repave and replace  fencing.

“We can’t give a ballpark estimate because construction cost is site-dependent,” Moriarty said.

Rosenblum argued if the parks department won’t add new courts then “portable nets” are a possibility. But, he is afraid that they won’t last long because he thinks they may be stolen.

Geller-Geld emphasized the need for separate courts. “I play tennis, and to play pickleball on a tennis court, it’s very confusing for everybody,” she said.