Poet looks to past for future inspiration 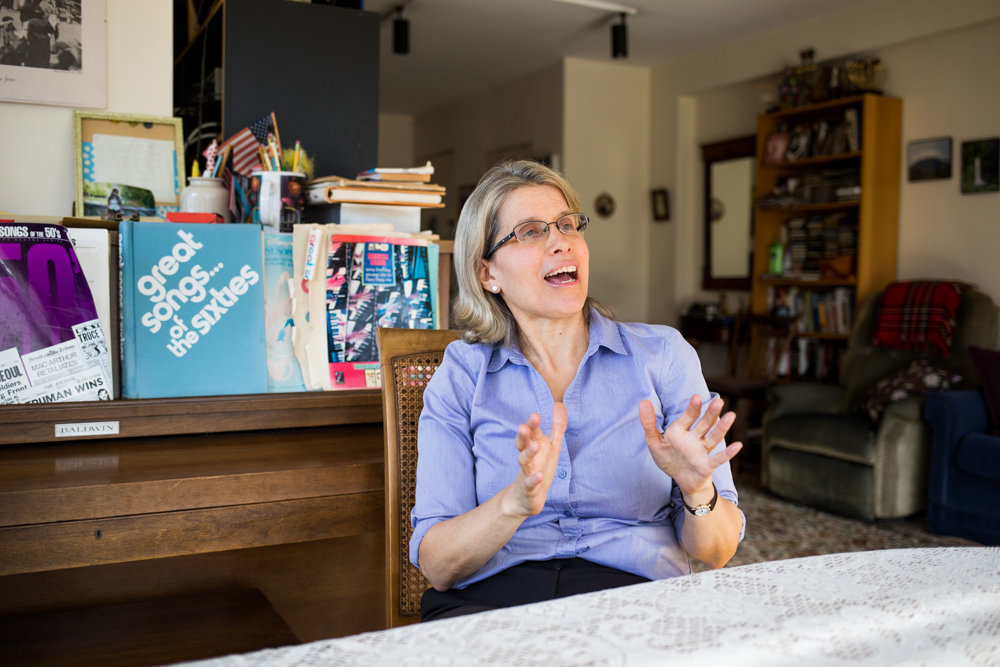 Sarah Stern talks about how different parts of her life have influenced her poetry. Her latest book of poems, 'We Have Been Lucky in the Midst of Misfortune,' was published in December.
JULIUS CONSTANTINE MOTAL 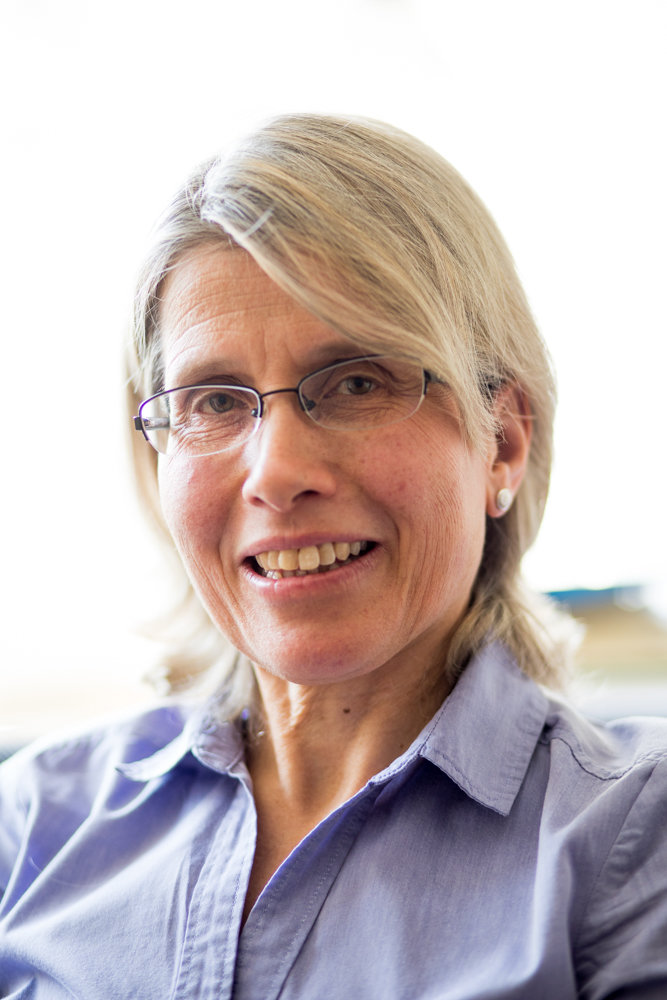 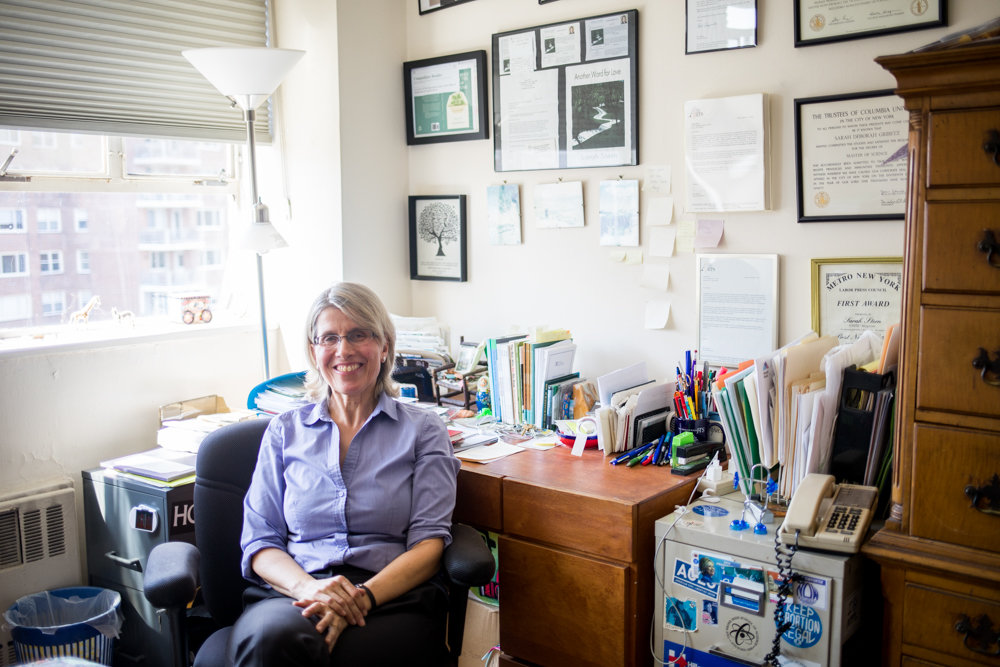 All the while she worked in jobs unrelated to poetry, Sarah Stern never let go of her creative side. Over the last several years, she has written three books of poetry. Her latest, 'We Have Been Lucky in the Midst of Misfortune,' was published in December.
JULIUS CONSTANTINE MOTAL 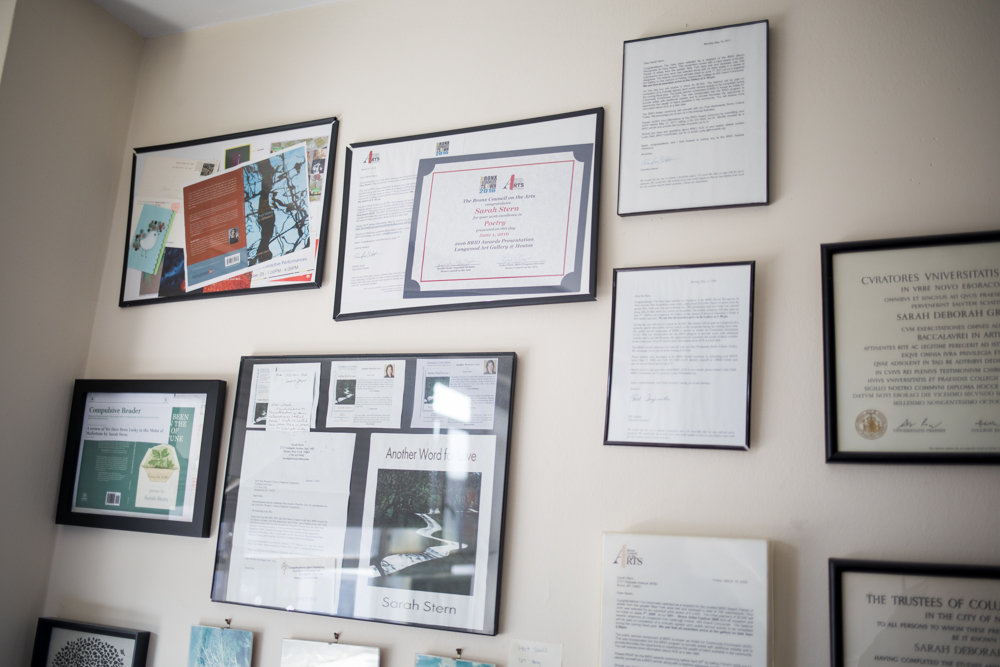 Sarah Stern has a wall of awards and recognition above the desk where she often works on her poems. Her latest poetry book, 'We Have Been Lucky in the Midst of Misfortune,' was published in December.
JULIUS CONSTANTINE MOTAL 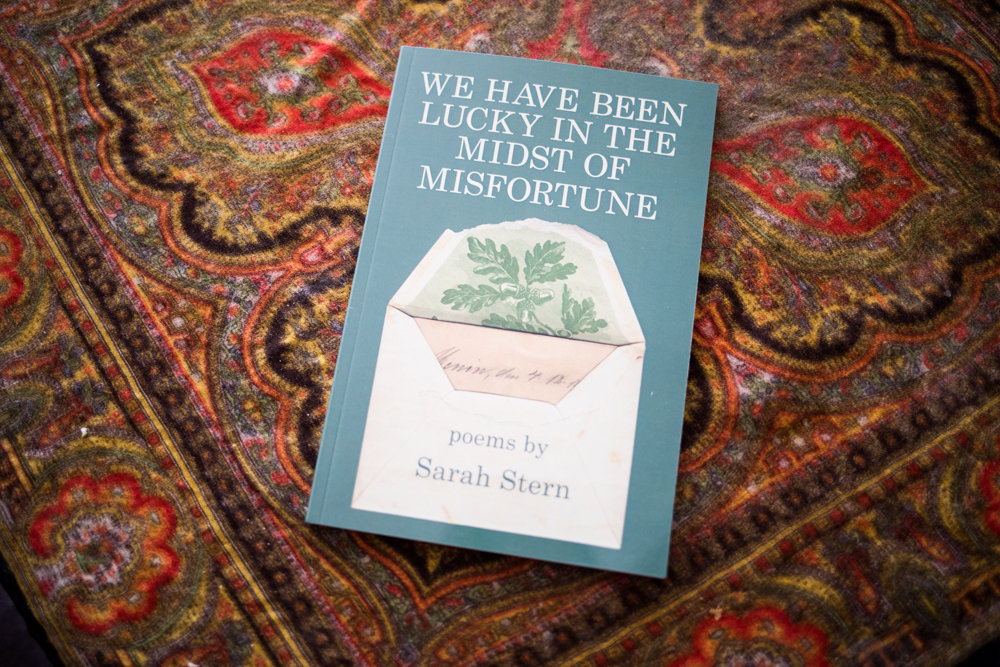 'We Have Been Lucky in the Midst of Misfortune' is Sarah Stern's third book of poems. It was published in December.
JULIUS CONSTANTINE MOTAL
Previous Next
By TIFFANY MOUSTAKAS

Sarah Stern is constantly bringing poetry to the table.

It all began when she was about to graduate from middle school. At the time, Stern was required to “bring something creative” to commemorate the occasion. She wasn’t sure what she could contribute.

“My mom said, ‘Well, why don’t you write a poem?’” Stern remembers.

The two ultimately wrote one together about the sun setting. After that, Stern was drawn to poetry.

“Something about that and doing it with my mom stuck with me,” she said. “And I kept doing it through my teenage years.”

Poetry followed Stern through every stage of her upbringing and journey into adulthood, even as she went on to get her master’s degree in journalism at Columbia University’s Graduate School of Journalism.

While studying at Columbia, Stern took an art of writing course, and once again, she was asked to “bring something creative” to class. Without hesitating, Stern shared her poetry and was left with encouraging advice from her professor.

“Never let go of the creative side,” Stern recalls.

Stern took that to heart as she made her way through journalism jobs and positions at universities and think tanks. Despite those career changes through the years, poetry remained a constant.

“It’s my passion and it’s a way to tell stories of life, of the truth,” she said. “I feel that I don’t have a choice, really.”

These days, Stern is focused on that passion as she’s published three books since 2011. She released her most recent, “We Have Been Lucky in the Midst of Misfortune,” last December. The book is separated into three parts taking the reader further and further back in time as they flip through the pages.

“We Have Been Lucky” took more than a year to assemble. But for Stern, it felt as though it was decades in the making.

Many of the poems that made the cut were things she had written years ago about her mother’s experience as a German refugee during the Holocaust. Those were coupled with a work trip Stern took to Germany where she saw where her mother grew up and visited a Jewish cemetery.

After her visit, Stern also was inspired to write another poem about her grandfather — who fought in World War I for Germany and was later taken to a war camp — after she obtained a letter he wrote to his mayor while dodging bullets during a battle. It just so happens that “we have been lucky in the midst of misfortune” was a line from that letter. Stern later decided it not only was fitting for the poem she wrote, but could also serve as the book’s title.

When Stern laid the poems out in her Riverdale apartment to try and find common threads from the works she pulled for this potential book, she discovered the works “talked to each other.”

“I couldn’t have known back then that they were going to work in a manuscript that would be years ahead from when I was writing them,” Stern said. “So the experience of being patient with poetry as I got older … I find that more and more important. You’ve got to be patient.”

Growing up in Riverdale also plays a role in Stern’s work, as she includes poems like “The Tracks,” recalling crossing local railroad tracks with her mother at a young age.

“For me, growing up along the Hudson River and being inspired by that incredible beauty … you don’t really appreciate that as a kid,” Stern said. “But in some ways, I feel like it did seep into me.”

Looking back at the arc of her poetry career, Stern finds her work is constantly teaching her something new.

Stern hopes that as readers pick up her collection of poetry, they also learn something about themselves.

“People are afraid of poetry and so they wonder if they’re going to understand the work and (if it’s) going to resonate with them,” Stern said. “I want people to give it a chance and to find some of their own stories in this book.”

Sarah Stern, Bronx Council on the Arts, We Have Been Lucky in the Midst of Misfortune, Tiffany Moustakas