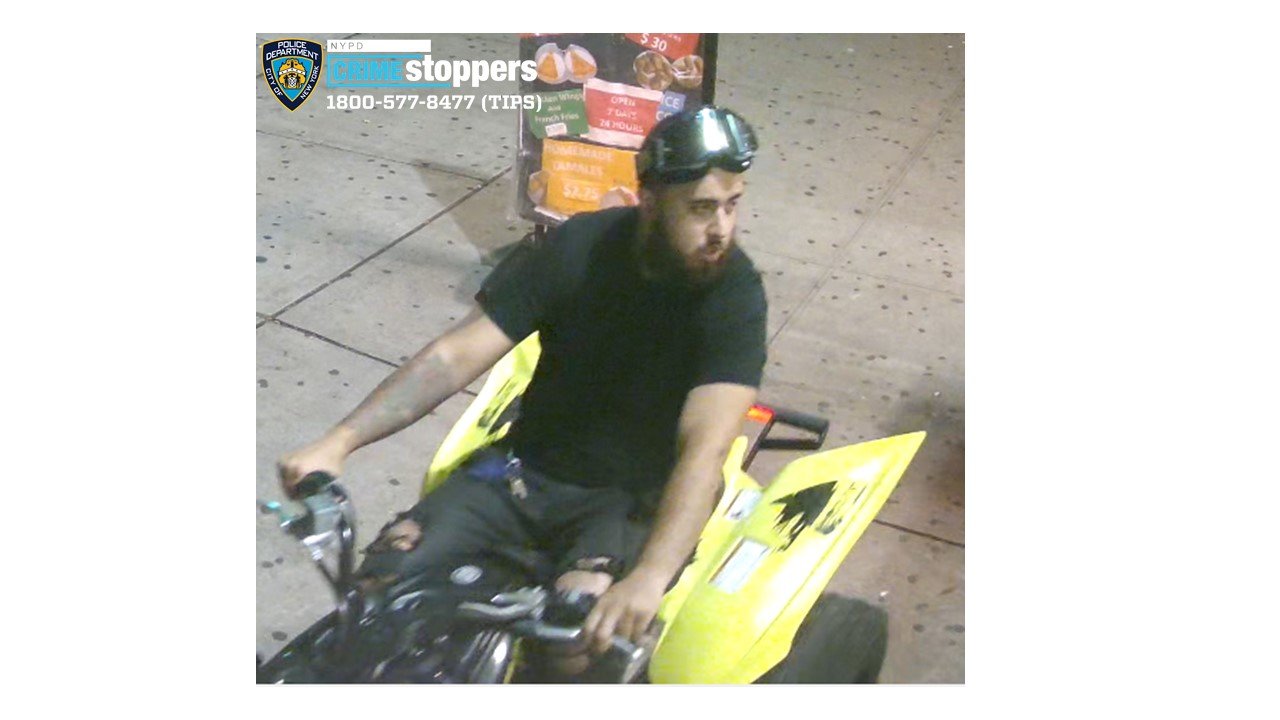 A person wanted by police in connection to an assault on July 30 is shown in a CrimeStoppers surveillance photo. Police are asking the public for help in identifying him.
Courtesy of New York Police Department
By Sachi McClendon

The New York Police Department is asking for help identifying and locating a person shown in surveillance photos who is wanted in connection to a July 30 assault.

An unidentified individual discharged a firearm multiple times at 4 a.m., in the vicinity of Jerome Avenue and East 233rd Street, striking a 21-year-old male and a 19-year-old female in the legs, according to police. Both victims were removed by private means in stable condition to Montefiore Hospital.

Anyone with information is asked to call the NYPD’s CrimeStoppers Hotline at (800) 577-8477, or by visiting CrimeStoppers.NYPDOnline.org, or on Twitter @NYPDTips.

A woman reported to police that her mother had been robbed while she was living in a rehabilitation center for six weeks.

According to the report, the daughter checked in on her mother’s apartment on Broadway on July 25 and she noticed jewelry was missing from the drawers.

Another robbery
at gunpoint

The victim told police that after getting off the bus he was pushed by two males on a moped. The perps flashed a gun and demanded the victim’s watch and gold chain, which the victim handed over.

A man illegally entered the rear door of Tibbett Diner on July 29 at 4 a.m.

The security system alerted authorities to the break-in and the suspect was detained while still at the restaurant, located at 3033 Tibbett Ave.

The man was unable to steal anything from the diner.