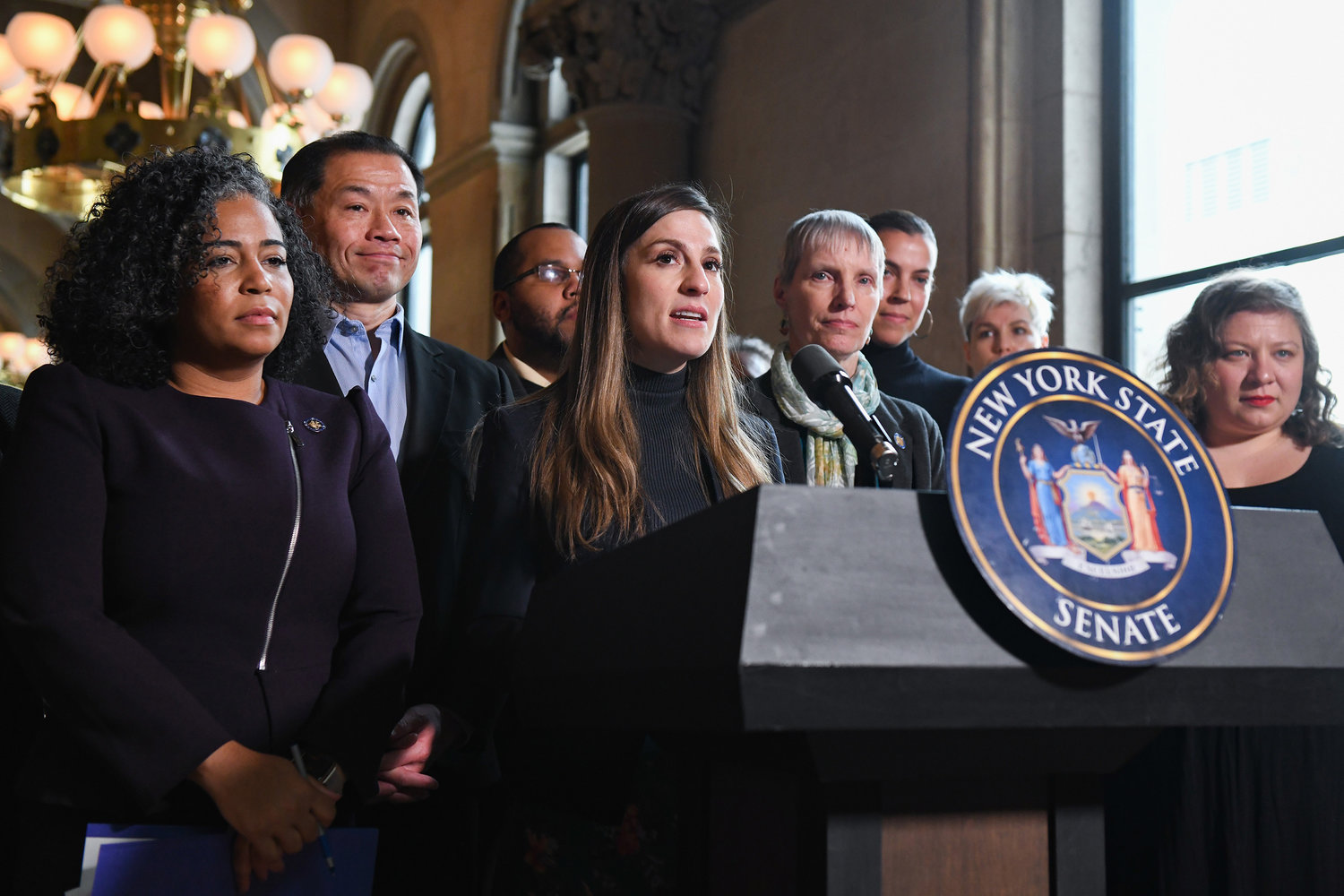 Despite a high court decision to toss out the new, hotly contested state and congressional district maps, area politicians are going forward with the upcoming June primary under the current maps.

State Sen. Alessandra Biaggi announced she was running to replace Tom Suozzi whose newly drawn 3rd Congressional district stretches from northern Long Island, down to Queens and now up to her home in Pelham.

Despite the ruling, Biaggi is moving forward with her campaign, business as usual. “The clear instructions of the Board of Elections are to continue under the current map and deadlines, so that’s what we are doing,” she said. “I’m proud of the growing support I’m gaining, including growing contributions and volunteers, that are building the basis for winning.”

So as things stand now, Congressman Ritchie Torres, instead on Congressman Jamaal Bowman, will still come to represent Riverdale starting next year.

A New York State Supreme Court Judge Patrick McAllister ruled on March 31 the new district maps need to be redrawn because the new ones were drawn with political bias. He ordered Albany lawmakers to draft new districts by April 11.

In his ruling, Judge McAllister wrote that, beyond a reasonable doubt, state lawmakers restructured districts to favor the Democratic party, even though partisan gerrymandering is prohibited by the state’s constitution.

The judge’s order was temporarily put on hold by a higher court soon after, meaning that the election process can continue as normal and that candidates still have to turn in their petitions to get on the ballot by Thursday.

While the new maps were expected to be challenged, this latest ruling is just another bout in the on-going fight over redistricting — a process that was amended in 2014 to prevent such partisan warring. Yet soon after the new maps were unveiled, voters backed by the Republican party filed a lawsuit crying foul.

Every 10 years, new maps are drawn to reflect the results of the latest census. This most recent redistricting process was expected to be less partisan than those in the past, as a change in the state’s constitution paved the way for an independent commission to draw lines free from political bias.

However, the Independent Redistricting Commission was unable to come to a consensus, thus punting the problem to the legislature, which is dominated by the Democratic party.

The Assembly and the state Senate then developed the new maps that were approved by Democratic Gov. Kathy Hochul earlier this year. That’s when several people launched campaigns in these restructured districts.

Even though the lawsuit has cleared only one of many hurdles, the state’s Republican party touted the ruling as a clear victory, saying in a statement, “The court’s decision is a complete validation of what we have been saying all along: Democrats are attempting to cheat and rig elections. The judge’s ruling is an unequivocal and full-throated rebuke of New York Democrats’ brazenly illegal and unconstitutional power grab.”

New York Attorney General Letitia James and the governor kept things succinct in a statement following the ruling, saying, “We intend to appeal this decision.”