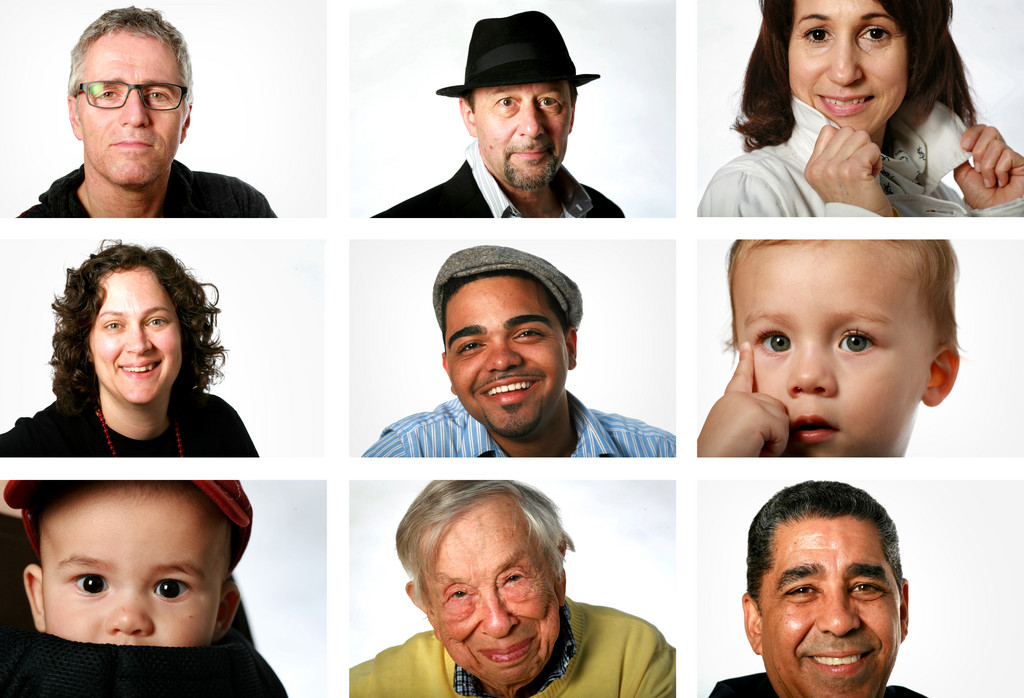 Arnie Adler believes there’s more to composing a good portrait than just placing a person in front of a camera. The photographer, he says, is also reflected in each picture.

“There’s the old line that a photograph steals people’s souls. My feeling is in a true portrait, the photographer gives as much of his soul as the subject does,” Mr. Adler, a professional photographer who is planning to take portraits of 1,000 Riverdalians, said.

Through his project, 1,000 Faces of Riverdale, Mr. Adler hopes to encourage neighborly unity.

He came up with the idea more than five years ago, after completing a similar project at his church in Westchester. Over the course of six months, he photographed 192 members of Hastings-on-Hudson’s First Unitarian Church and strung up the pictures in columns as a “photo quilt” on the institution’s walls.

“They were blown away by it, people still talk about it. They wish I would do another one,” Mr. Adler said. “There are people who said to me, ‘I joined because I came in and saw that wall and felt like I knew these people.’”

He doesn’t know where it will be displayed, but over the next six months Mr. Adler aims to create a patchwork of Riverdalians more than five times the size of his church project. While no one will be paid, each volunteer will receive a digital file of his or her capture, as well as the print Mr. Adler exhibits when his yet-to-be-planned show takes place.

Mr. Adler kicked off his campaign at the South Riverdale Spring Festival of the Arts on May 15, where 65 newly minted models — including Assemblyman Jeffrey Dinowitz and state Sen. Adriano Espaillat — took turns posing.

“He’s so facile back there, he just relaxes you” Mr. Katz said. “Sometimes he does really corny jokes, which makes people laugh and smile and, of course, while you’re smiling, he’s clicking away.”

From afar, each photo might not seem so different from the one next to it. The series of close shots shows faces all contrasted against a plain white background. But get close enough and each person shows his or her own distinct — often quirky — character.

“The redundancy makes the project interesting, in how each person is a little different in what they do,” Mr. Adler said. “I bring something to it, but I’m going to try and get something out of you.”

Mr. Adler plans to set up shop in Palombo Bakery, as well as at community centers, religious institutions and other stores. He also said he’ll make visits to people’s homes if they promise a crowd of 20 or more and his schedule will allow it.

“Hopefully I’m going to have to fight people off to be a part of this,” Mr. Adler said.