Preparing for a new normal as colleges reopen — kind of 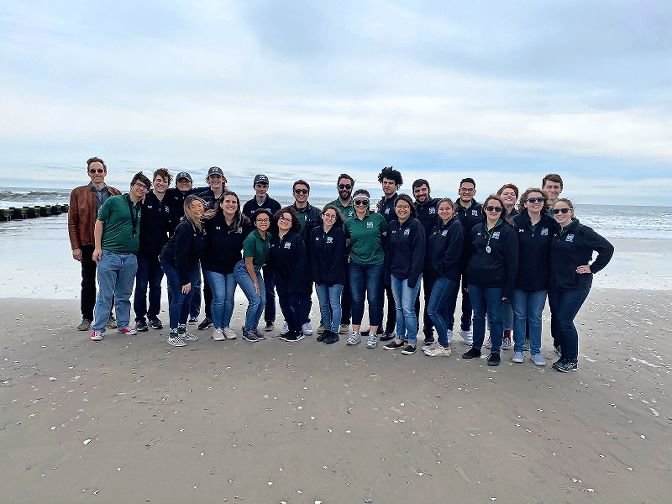 Once the coronavirus took over New York City, Manhattan College’s clubs had to instead meet as a group online. But for graduate student Lauren Saggese, the future practices for her and the pep band, a band that plays at sports games, won’t work online since the music’s sound doesn’t carry well unless everyone is in the same room.
Courtesy of Lauren Saggese 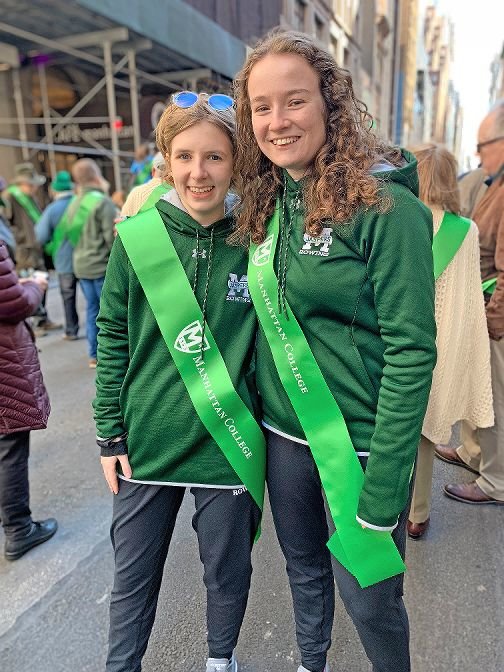 Shannon Gleba is moving back into Manhattan College where she will have both in-person and online classes. As athletes on the school’s rowing team, Gleba, left, and Ella O’Brien have trained on their own since the campus shut down last spring.
Courtesy of Shannon Gleba 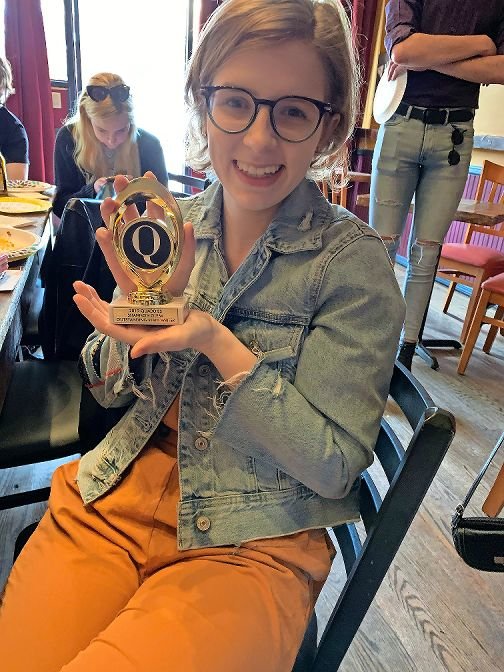 Shannon Gleba looks forward to returning to Manhattan College for her senior year so she can continue on-campus activities, like writing for the school’s newspaper, The Quadrangle.
Courtesy of Shannon Gleba 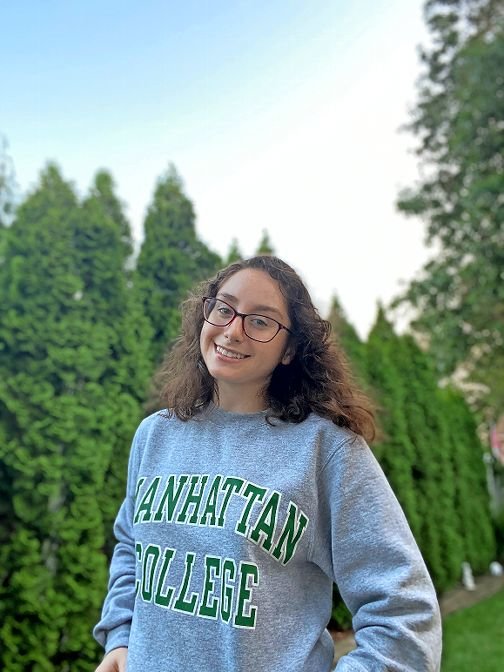 Lauren Saggese graduated from Manhattan College virtually this past spring. Now she’ll continue on a post-secondary program with the college’s O’Malley School of Business, picking up online right where she left off.
Courtesy of Lauren Saggese
Previous Next

‘Taking your classes in your room isn’t the same as being in-person with the teacher, but I do think my professors were really good at making it remote. Going into this next semester, I do think the professors will be more prepared to be remote considering they had practice. But I don’t think it’s the same as being on campus.’”
— Lauren Saggese
By MAYA KATZ

Although regular school for those not yet pursuing their degrees isn’t expected to start until September, college students head back to school this month.

Going back means reuniting with friends, preparing for a new academic year with many on-campus opportunities. But this fall is a bit different from years past, all thanks to the coronavirus pandemic.

Students were expected to start moving back into Manhattan College this past week, but it’s not coming without additional requirements. For example, these students must get tested for the SARS-CoV-2 virus before moving in, and then once again after they’re unpacked.

Lauren Saggese certainly has felt the pandemic’s impact, but she knows she’s not alone. She’s working toward a master’s degree in accounting at the O’Malley School of Business, classes she expects to take online for the time being.

This wasn’t always her plan. Back in the spring, Saggese had worked as a graduate assistant at Manhattan College. But after budgets were cut in many of the school’s departments, graduate assistant positions like the one she wanted were no more. Saggese needed the job to help pay for nine college credits this semester.

“I don’t expect there to be graduate positions during the second half of the year,” Saggese said. “It does pay for nine credits and the fact that a lot of people aren’t going to be on campus then I don’t think there is an incentive to give people jobs.”

Since she doesn’t need to work on campus — or even attend classes there — Saggese opted to stay home with her family in Staten Island. She probably won’t step foot on Manhattan’s campus during the fall, and doesn’t know yet if returning to campus in the spring will be an option, either.

Saggese had been a member of Manhattan’s pep band, a sort of miniature marching band that plays at sports games to excite the crowd at the college’s basketball games. Since fall sports aren’t expected to take place, the performers have lacked the same initiative to practice. As someone who is completely remote, Saggese says she knows practices virtually don’t work since the sound coming through various computer microphones and speakers online is just not the same.

The changes also were felt with her financial information honor society she is an officer with, Beta Alpha Psi. Saggese is still planning virtual events for the semester, which pose a challenge since remote platforms make one-on-one conversations and networking among the students more difficult.

Commuter students also are subject to coronavirus tests, according to the school’s website. Study spaces for students were finalized on Monday, according to college spokesman Pete McHugh, allowing commuter students to study on the fifth floor of Kelly Commons as well as Café 1853 in Thomas Hall since indoor dining is still not allowed in the city.

Also open as study spaces for all students, McHugh added, are the O’Malley Library, the first floor of Leo Hall, and empty classrooms within the buildings on campus.

Shannon Gleba feels Manhattan has done a great job of listening to students when it comes to developing reopening strategies.

Back in April, the then-junior was elected to be student body president beginning in the fall. Since then, Gleba has been part of the conversation with administrators about going back to classes, providing a student perspective on reopening.

“The administration has been great about asking for student opinions on reopening since students are the most important part of going back,” Gleba said. “I feel like they have really taken all of my insight when making decisions.”

Gleba will move back to campus Aug. 24. She will live in a housing suite apartment with three others while taking five classes — two of them remote.

Last spring, Gleba returned to her family home in New Jersey. Despite being off campus, Gleba said she felt the remote classes worked well for her. As a public health major, most of her studies that semester were discussion-based, something that lent itself to online video conferencing.

The school requires club groups of more than 10 people to continue meeting virtually. That includes student government, which has planned outdoor events that allow for social distancing, such as movie nights or yoga.

Gleba will still have some on-campus activities this semester, including writing for the school’s newspaper, The Quadrangle. Gleba also is on Manhattan’s rowing team.

After taking courses from home, Gleba is happy to return to campus even though most of her classes will be online. She also looks forward to seeing her friends back on campus.

“I think the biggest issue now is making sure we all feel safe on campus,” Gleba said. “I do have trust in my fellow students that they will take the proper precautions, such as wearing a mask and washing their hands.”