Press finds its new housing reporter in time for summer 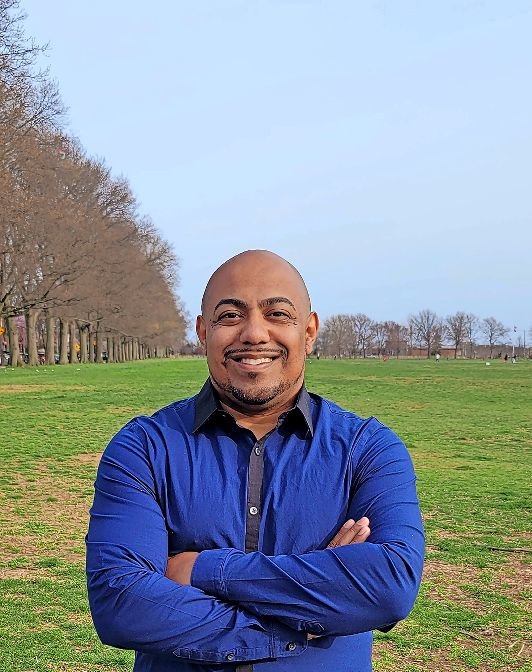 A new reporter is joining The Riverdale Press in June, but to make sure he arrives and is ready to go, we’re going to need a little help.

Joseph De La Cruz, a video producer who has worked on MSNBC’s “Morning Joe” for the past two years, will take over a new dedicated beat at The Press focused on housing in New York City.

He’s one of some 300 journalists placed at media outlets across the country as part of Report for America.

“The crisis in our democracy, disinformation and polarization, is in many ways the result of the collapse of local news,” said Steven Waldman, co-founder and president of Report for America, in a release. “We have a unique opportunity to reverse this decline by filling newsrooms with talented journalists who not only view journalism as a public service, but who can make trusted connections with the communities they serve.”

De La Cruz was born and raised in Brooklyn, graduating from Brooklyn College with a double major in television and radio production, and journalism. He also minored in business marketing.

He started his career with the city’s education department as a paraprofessional and teacher’s assistant, focused on elementary school students with special needs.

He moved into media after an internship working on “The Last Word with Lawrence O’Donnell” on MSNBC, as well as Spectrum’s NY1 and “CNN Tonight” with Don Lemon.

De La Cruz’s first job out of college was as a production assistant at Fox News’ media desk before moving over to MSNBC to work on a number of programs before landing on “Morning Joe,” hosted by former Florida congressman Joe Scarborough and wife Mika Brzezinski, as well as journalist Willie Geist.

De La Cruz was selected by Press editor Michael Hinman and publisher Stuart Richner after an extensive search through Report for America, which picks up half his salary for his first year at the paper. The Press pays the other half, both from its own newsroom budget and through financial donations from the newspaper’s readers.

In fact, the organization — part of the nonprofit The GroundTruth Project — made a nearly $10 million impact on newsrooms in 2020, with overall donations jumping from $861,000 in 2019 to $4.6 million this past year.

Readers who would like to know more about how they may donate to help bring De La Cruz aboard can make a tax-deductible donation now at tinyurl.com/RFARiverdale.

The Press was one of hundreds of outlets applying to join the initiative that now spans 49 states plus Washington, D.C., and Puerto Rico. Hinman pitched a specialized housing beat as he believes it’s already one of the hottest topics plaguing New York City, especially where affordable housing is concerned. Many are finding themselves simply priced out of the city, and there’s still many questions surrounding what might happen in the wake of the coronavirus pandemic when many rent and mortgage protections expire.

“It’s simply one of those beats so expansive with so many moving parts, it’s nearly impossible for any media outlet to focus on it properly without having a dedicated reporter covering only that,” Hinman said. “Reporters at community newspapers like ours generally have to wear a number of hats to shine light on stories affecting our neighbors and about our neighbors. But through Report for America, we can spend the time we need on this vital resource.”

While De La Cruz might have a considerable background in television, he has print credentials as well, writing for several online outlets including Bklyner, Kings County Politics and NBC News.

The Press is one of nine newsrooms welcoming a Report for America reporter in New York, joining outlets like City Limits, the Democrat & Chronicle in Rochester, Documented, New York Amsterdam News, The City, The Haitian Times, and the WSKG Public Telecommunications Council, which operates a PBS-affiliated television station and two NPR-affiliated radio stations based in Binghamton.

“The Riverdale Press has always been an independent voice for the Bronx, checking and balancing government at every level, and always ensuring our stories that need to be told in our community are indeed reported on,” Richner said after The Press was first selected for the initiative last year.

“Adding a journalist to the newsroom team ... will require the deepest partnership between the paper and community yet. But we know the result will be a deep dive into New York City’s housing crisis at a level and concentration that has yet to be embarked by a community newspaper.”