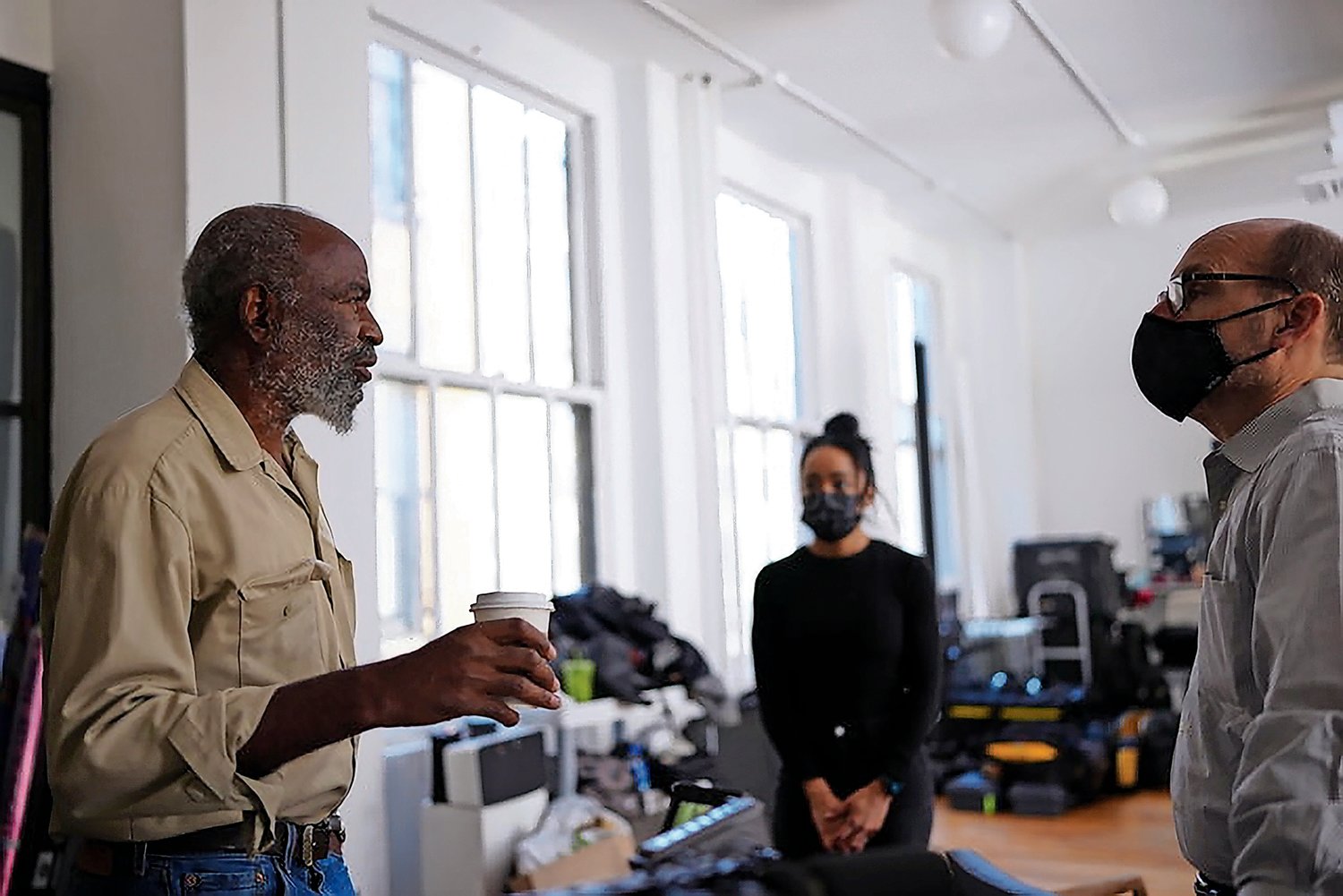 Willie Weinbaum of Riverdale prepares for a sit-down conversation with Jackie Robinson's son, David Robinson, commemorating the 75th anniversary of Jackie's breaking the color barrier in MLB. The interview is part of 12-part series that is re-airing on ESPN2 and ESPNews.
Joe Faraoni / ESPN Images
By Gary Larkin

If you have some a point of view on an issue that is driving your decision in the mid-term elections in November, The Riverdale Press in partnership with the New York Public Radio station WNYC wants to know what you think.

The Press is one of a select few newspaper and online news sites working with WNYC on this first-time project. It is designed to allow readers to voice their opinions in short essays of 400-700 words on issues that matter the most to you. Such issues could be the cost of living in a time of rising inflation, crime, COVID-19, climate change, abortion rights.

Selected essays will published in The Press before the election. Additionally, WNYC and its online news site Gothamist.com will turn some essays into audio that will be aired on the radio station.

WNYC has some pointers on getting your essay chosen for audio conversion:

• Get to the point quickly

‘Jackie to Me’ re-airs

Nearly a week after Rachel Robinson, widow of baseball pioneer Jackie Robinson, turned 100, ESPN began to re-air its special documentary “Jackie to Me.” The compilation of 12 videos on Jackie originally aired on the ESPN networks in April during the 75th anniversary Robinson’s breaking the color barrier.

The one-hour special was put together by a team of producers and writers that included Willie Weinbaum of Riverdale.”It was great to work on it with Jeff Ausiello, Matt Cozza, Blake Grudzien, Lauren Stowell and our outstanding crews and colleagues,” Weinbaum said.

The TV special was the focus of a front page story in the April 21 Riverdale Press that featured the insights of Weinbaum and Fieldston native Cora Weiss.

The documentary includes interviews with the following sports and cultural icons:

• Willie O’Ree, “the Jackie Robinson of the NHL”

The re-air dates are: