A TRIAL RUN FOR NOVEMBER

Primary might be over, but absentee vote issues are just beginning 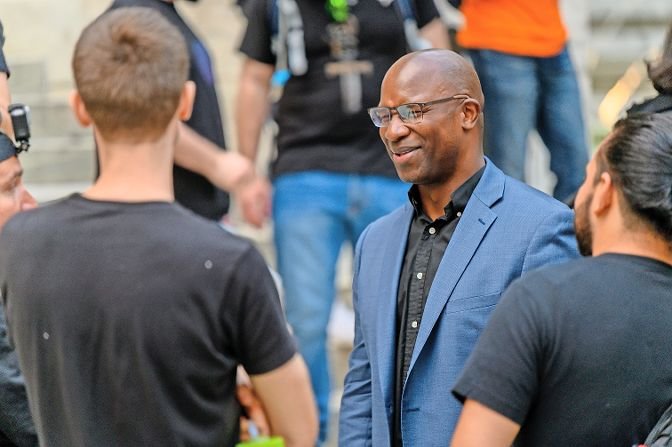 Jamaal Bowman declared victory on June 24, one day after the primary election, with thousands of absentee votes left to be counted. Bowman has maintained a comfortable lead over incumbent U.S. Rep. Eliot Engel as votes have streamed in.
COURTESY OF JAMAAL BOWMAN CAMPAIGN 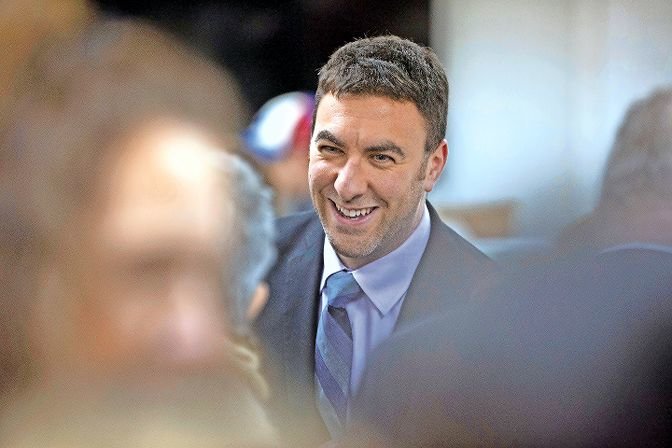 City council candidate Eric Dinowitz feels there should be at least 100 early voting locations in the city. Currently, there is just one serving the northwest Bronx, P.S. 207.
JULIUS CONSTANTINE MOTAL / File
Previous Next
By KIRSTYN BRENDLEN

Primary election night is notoriously exciting — a late night for candidates to pile into local bars and party with volunteers and campaign workers until the wee hours while supporters stare at their television screens awaiting results.

This year, New York’s primary election night looked a little different. Many campaigns didn’t have events at all, and even for those who did, the night ended early — and without conclusion — mostly for one reason: There were still thousands of absentee ballots to be counted, and most wouldn’t even be returned to the elections board until days later.

The elections board claimed it sent out seven times as many absentee ballots as usual, including roughly 25,000 just in the Bronx portion of New York’s 16th Congressional District, which had a nationally publicized primary race involving longtime congressman Eliot Engel.

That meant the race between Engel and his frontrunning challenger — Jamaal Bowman — still hasn’t been called, although Bowman — with a comfortable lead over Engel — declared victory the day after the primary. From the initial tally of early voters and those who visited a polling place that day, Bowman had won about 61 percent of votes, and that number has remained mostly steady as votes streamed in.

“There are a lot of places in the country where it is always the case where anyone can vote by mail, but New York is not one of those places,” said Sean Morales-Doyle, senior counsel for the democracy program at the Brennan Center for Justice. “And so shifting from a place where a very small percentage of people were even allowed to vote by mail, to not only having everyone be able to, but having a large percentage of people take advantage of that opportunity, I’m sure was quite a challenge.”

While data about the success of the expanded vote-by-mail isn’t yet available, Morales-Doyle said he heard many stories of people not receiving their absentee applications, or receiving their actual ballots on or after primary day, rendering them essentially useless — although Gov. Andrew Cuomo allowed ballots postmarked by June 23 to be counted.

Bowman’s campaign manager, Luke Hayes, said their efforts quickly shifted gears when they realized they had to start capturing votes as early as May, when people began receiving their ballots in the mail. Once they identified voters who supported Bowman, they started following up to ensure they were applying for their ballots online and had all the information they would need.

Eric Dinowitz, the male district leader for the area represented by his father, Assemblyman Jeffrey Dinowitz, said people started coming to him for help with their ballots weeks before the election.

“I’d spoken to literally hundreds of seniors, and after mental health and food concerns, their No. 1 concern really was their ability to vote,” Dinowitz said. “Some seniors had applied for an absentee ballot, and waited weeks and weeks and weeks, and were asking me when it’s going to come. I didn’t know. I ended up checking on it for a number of people.”

Of course, the troubles with absentee voting continue past the primary. With a number of states spiking in coronavirus cases — and the threat of a second wave in the fall — it seems the November presidential election also could include a large number of absentee ballots, and voters and politicians both are troubled after watching New York struggle through a primary.

Dinowitz, who is also running next year in an effort to succeed Andrew Cohen in the city council, released a proposal for getting absentee voting back on track.

“I said, let’s start this process in July so that the board has time to process it, people can get their ballots in right away, and then the board also has the staff to support this,” he said.

Dinowitz also wanted to see the city put together an online tracker to allow voters to follow their application and absentee ballot all the way up to the minute it’s counted. He didn’t provide any details on how such a project would come together, or where funding would come from.

“They shouldn’t have to call me in order to find out if their application was processed,” Dinowitz said.

The ‘new normal’
of elections

Morales-Doyle agreed preparation for November must start sooner rather than later.

“There are definitely ways to improve, definitely some major shortcomings, the way things operated this time around,” he said. “But I say all of that within the context of knowing that, you know, shifting to a system like this in a short time is very difficult. That said, that’s why there needs to be a lot of preparation right now for what November is going to look like.”

New York, which only started early voting last year, already was behind in running modern elections, Morales-Doyle said. The state will need an influx of money and resources to update its system to handle what happened on primary day on a much larger scale.

“We’ve seen in New York and across the country, there have been decreases in registration rates because we’re living in a pandemic and people aren’t going to the DMV, and people can’t go into the offices and get registered to vote. Without online voter registration, there’s one less option for doing that from home.”

As for campaign results, Morales-Doyle said voters might just have to get used to waiting.

Part of the reason absentee ballots are counted late is to ensure no one has voted twice, and there are no systems to regulate that aside from making that determination on an individual basis.

Bowman’s campaign was comfortable in declaring victory despite the absentee results because workers there spent the next morning running the numbers, Hayes said.

“For example, in the part of the district that’s Assembly District 81 — that’s like Riverdale and Woodlawn — it looks like we ended up winning early voting and election day 56-41,” Hayes said. “Everywhere you looked, there were margins that were anywhere from 10 to 20, 25 points.”

Engel would have had to win around 75 percent of the remaining votes, Hayes said, and knowing that absentee ballots tend to parallel live election day results, the campaign felt they had clinched it.

Given the thousands of outstanding votes across hundreds of races, Morales-Doyle described campaigns willing to wait until votes were counted — especially in contentious races — were “responsible.” Still, voters will need to manage their expectations.

“I understand the desire to have quick results,” Morales-Doyle said. “But I think it’s probably more important that we adjust people’s expectations for how an election works, what it looks like, than it is that we satisfy that desire for immediate results.”