In forum vs. incumbent Robert Jackson, Vasquez distances from IDC past 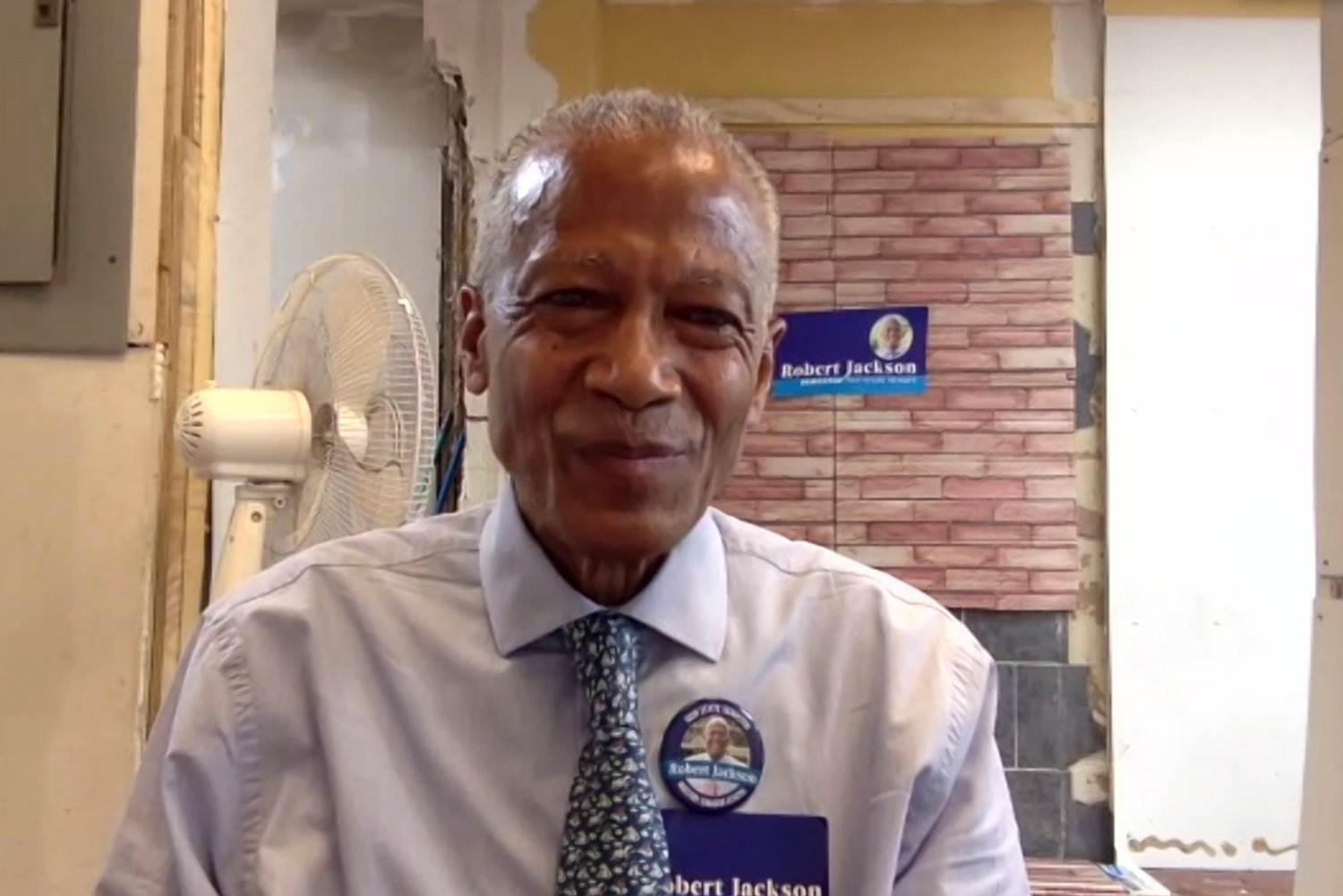 State Sen. Robert Jackson was endorsed by the United Federation of Teachers, where his opponent, Angel Vasquez, is currently on leave from as a senior policy advisor.
Hiram Alejandro Durán 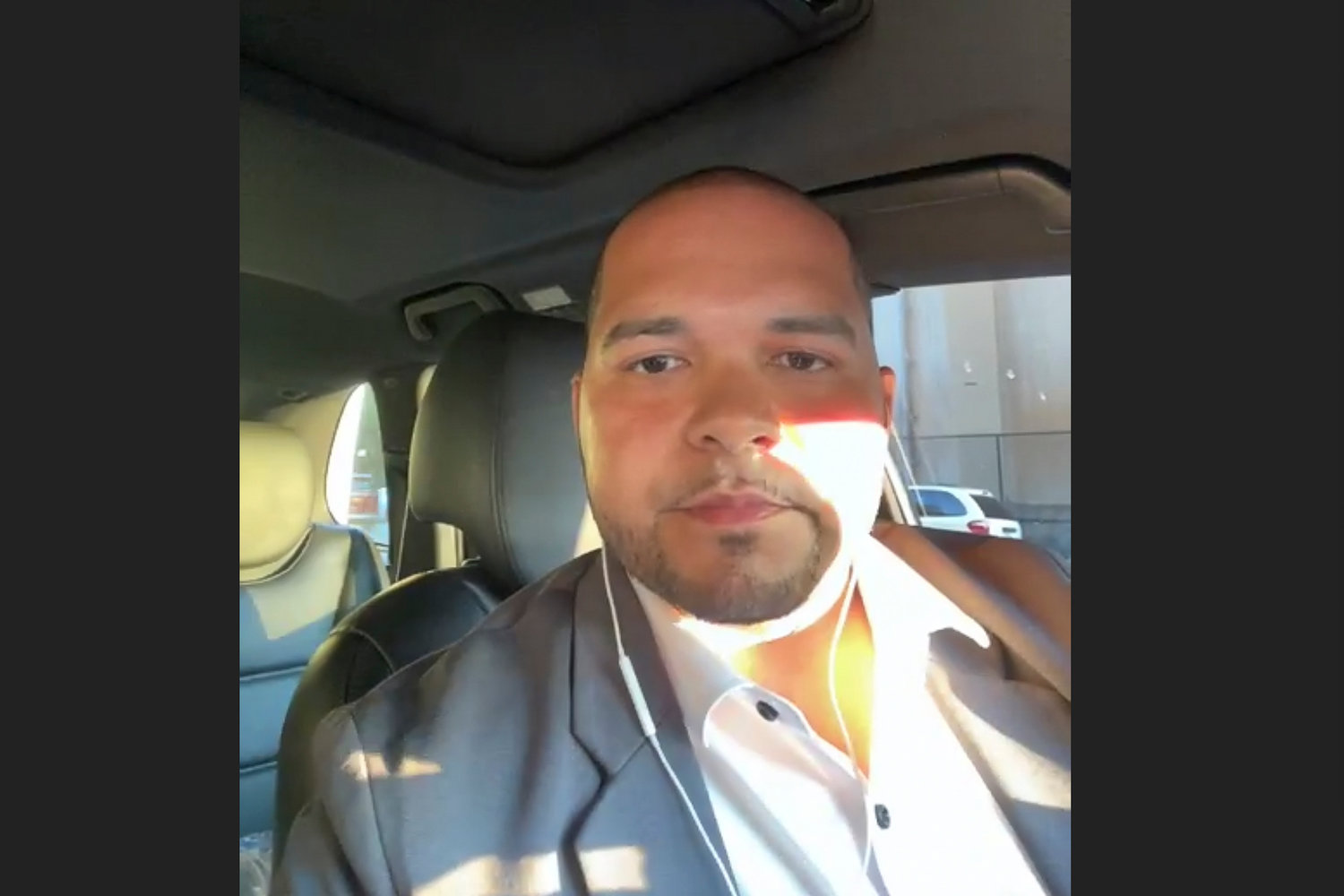 A pro-charter SuperPAC has been putting out digital ads in support of Angel Vasquez’s candidacy. Vasquez is currently on a board of a charter school in Harlem.
Hiram Alejandro Durán
Previous Next
By Sachi McClendon

In the race for the new senate 31 seat, a pro-charter school political action committee is putting its weight behind first-time candidate Angel Vasquez in his bid to oust Sen. Robert Jackson.

As City & State magazine first reported, just two weeks ago New Yorkers for a Balanced Albany reported spending $95,000 on a digital ad campaign in support of Vasquez. The SuperPAC is managed by StudentsFirstNY, a pro-charter school advocacy group, and has been on the receiving end of hundreds of thousands of dollars from pro-charter donors, including billionaire Daniel Loeb and Walmart heirs Jim and Alice Walton.

At a recent virtual candidate forum hosted by Bronx Unity Coalition, Vasquez was asked about whether he was enthusiastic about the support he received from the group.

Rather than giving a yes or no answer, Vasquez correctly noted that SuperPACs are not legally allowed to coordinate activities with political campaigns.

“I can’t control what those outside groups decide to do,” he said. “I don’t control how that money is being spent. That is the real answer.”

Yet the SuperPAC may have reasons to believe it will find a pro-charter champion in Vasquez as he is a board member of New Heights Academy Charter School in Harlem, according to his personal financial disclosure statement obtained by The Riverdale Press through a public records request.

Plus the first-time candidate used to work as a teacher at a charter school in Denver. “It was during that time that I developed the idea of wanting to do more in public service, and specifically in public policy,” he said at last week’s forum with incumbent senator Jackson.

“There has been a misplaced interest in Angel Vasquez’s connections to charter schools. As a former teacher and an education policy expert, Vasquez is committed to supporting public education for all families.”

But Vasquez cannot count on support from the United Federation of Teachers, where he is currently on leave as a senior policy advisor. The union — which is often at odds with corporate charter movements like StudentsFirstNY — is instead backing his opponent Jackson.

“The UFT represents teachers at 24 charter schools and understands the value that community charter schools bring,” a UFT spokesperson said in a statement to The Press. “Our concerns are with corporate charter chains that seek to destabilize and privatize traditional public schools and are not transparent about admissions, discipline policies or how funds are raised and spent.”

After years of litigation, the state Court of Appeals ruled in his favor, awarding the city’s school system billions of dollars in extra funding.

Beyond his current ties to charter schools, Vasquez also used to be the chief of staff for former senator Marisol Alcantara, who received substantial financial backing for charter supporters in her 2016 campaign. And shortly after narrowly winning her primary, Alcantara went on to join the Independent Democratic Conference, whose members and campaign committees received hundreds of thousands of dollars from pro-charter donors while in existence, according to a 2017 report by the Alliance for Quality Education.

When asked about it at last week’s forum, Vasquez downplayed his past with the IDC, saying he primarily took the role to apply what he’d learned in grad school to the real world. The IDC is also known for aligning with the Republican Party, giving them power in the state senate at times when Democrats had the numbers for control.

“I am that millennial who has that master’s in public administration with $100,000 worth of student loan debt,” he said. “This was an opportunity for me to be able to practice … my academic experience that I had gotten and put it into professional use.”

Vasquez added that he would never align himself with any future group that aligned itself with the Republicans in the senate.