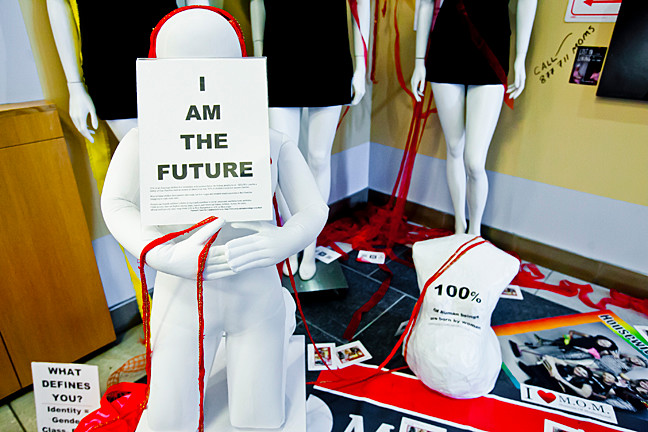 On college campuses, students can earn degrees in both gender and feminist studies, among other sociological fields.

Joy Rose hopes that soon, students will be able to attain a degree in mother studies.

“It’s not the practical material, how to diaper a baby, it’s motherhood as an intellectual pursuit, and… an interdisciplinary pursuit,” she explained. “It’s a really vast subject and it’s not something we should just write off.”

An activist since the late 1980s, Ms. Rose was fascinated by the sociology and history behind motherhood. In 2003, she began looking into the idea of creating a museum that would examine motherhood, parents and families from historical, scientific and artistic perspectives.

After several years of working with various concepts, the Museum of Motherhood became a pop-up exhibit before finding a temporary space on Manhattan’s Upper East Side for about five years.

With the exhibit at Manhattan College, the museum is once again in a pop-up phase. The exhibit in the library has a “messy quality,” Ms. Rose says, for a reason.

“Although [motherhood] is portrayed and idealized in ways that make it seem glamorous or organized… the polar opposite of that is the mess,” she said. ‘The exhibit is meant to sort of straddle the two.”

Along with an exploration of birth practices and caregiving traditions over the years, as well as the science behind motherhood, the museum features works of art focusing on the family structure — not only mothers, but fathers and entire families.