PS 7 could soon get a Fein new name 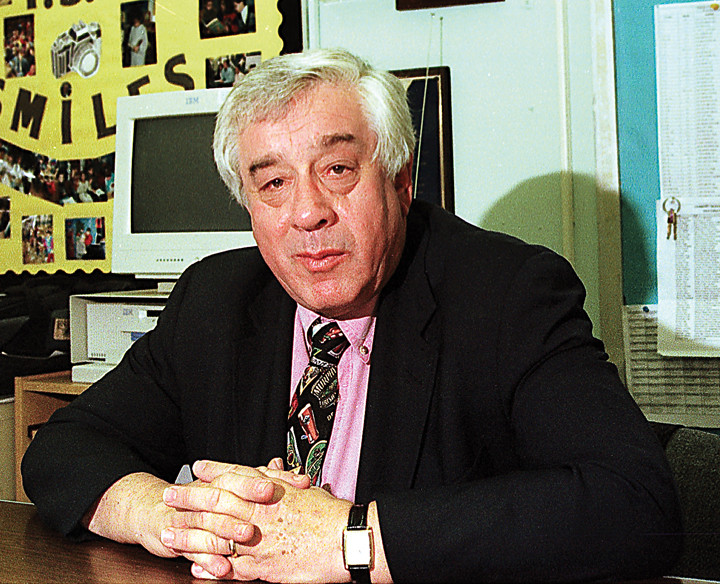 Milton Fein in his office at PS 7 in June 1998.
File photo by Mekea Z. Hurwitz
By Sarina Trangle

PS 7 may soon bear the name of its former principal, Milton Fein.

PS 7 faculty and families have been considering renaming the school after Mr. Fein since he passed away this October, according to Principal Frank Patterson.

“We thought Milton was a long-standing principal whose impact is still felt here,” Mr. Patterson said, noting that Mr. Fein’s nephew Nathaniel Schiavo, currently teaches social studies at PS 7. “So many people know him that it’s just something that seems natural.”

Assemblyman Jeffrey Dinowitz has advocated for the tribute as well. In a Feb. 22 letter to Schools Chancellor Dennis Walcott he suggested renaming PS 7 the “Milton Fein School.”

Long before Mr. Fein earned a reputation as a pioneering educator and a shrewd union leader, he attended classes at PS 7, where his father once went to school.

Mr. Fein got his start in education while teaching a military justice course as an army lieutenant and was one of the first teachers hired at the David A. Stein Riverdale/Kingsbridge Academy, then JHS 141, when it opened in 1951. He taught history there for five years and organized strikes that led to the creation of a union.

The longtime Riverdalian was then promoted to assistant principal.

Mr. Fein was hired as the principal of PS 7 in 1972. He held that position until he retired in 1999 as the longest serving principal in the city, according to Mr. Dinowitz.

During his 27-year tenure at PS 7, Mr. Fein led the District 10 Council of Supervisors and Administrators and cultivated a rich arts curriculum. The school still partners with several of the arts non-profits Mr. Fein began collaborations with, according to Mr. Patterson. The school’s Milton Fein Art Gallery continues to display student work, as well.

“He was a great mentor,” Mr. Patterson said. “Even in my first year, he reached out to me and I had lunch with him.”

Mr. Fein’s impact extends well beyond the Kingsbridge Avenue school he led, according to Mr. Dinowitz.

“There was never a more fine individual to be honored by a school renaming than Milton Fein.”

The chancellor’s regulations permit schools to be named after deceased community leaders if the principal approves of the change, the parents’ association votes in favor of the new name and the district Community Education Council votes for the alteration.

The chancellor must sign off on all proposed name changes.

School leaders need to submit name-change applications to the Department of Education by March 1 in order for them to take effect next fall.