Any blaze can be dangerous, but apartment buildings going up in flames could be very deadly 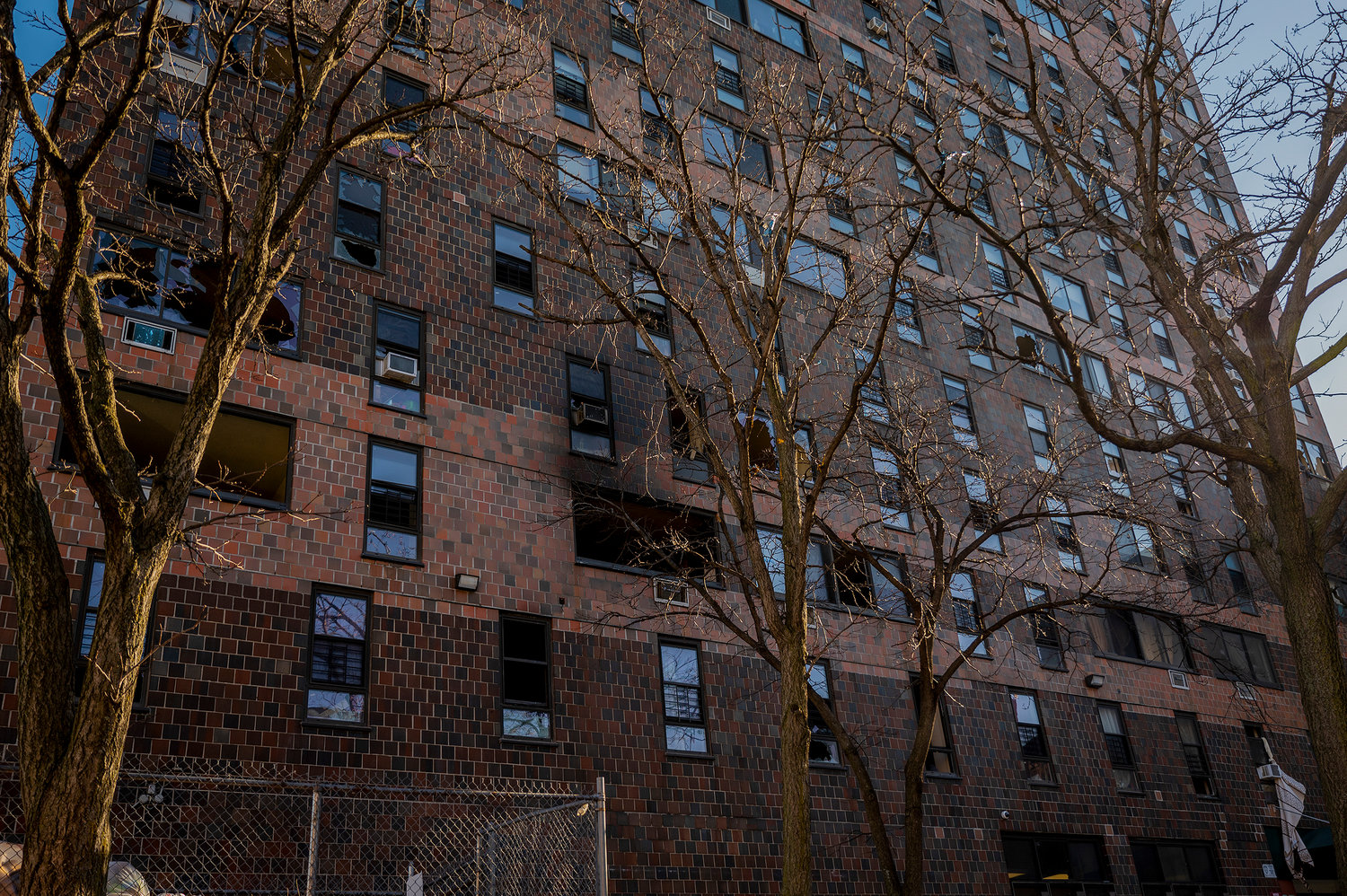 The Fordham Heights fire that claimed 17 lives and left 32 others hospitalized last in January was started by a space heater, according to investigators. However, those same fire officials also point out the blaze spread quickly through the East 181st Street apartment building because self-closing doors failed to close.
Hiram Alejandro Durán 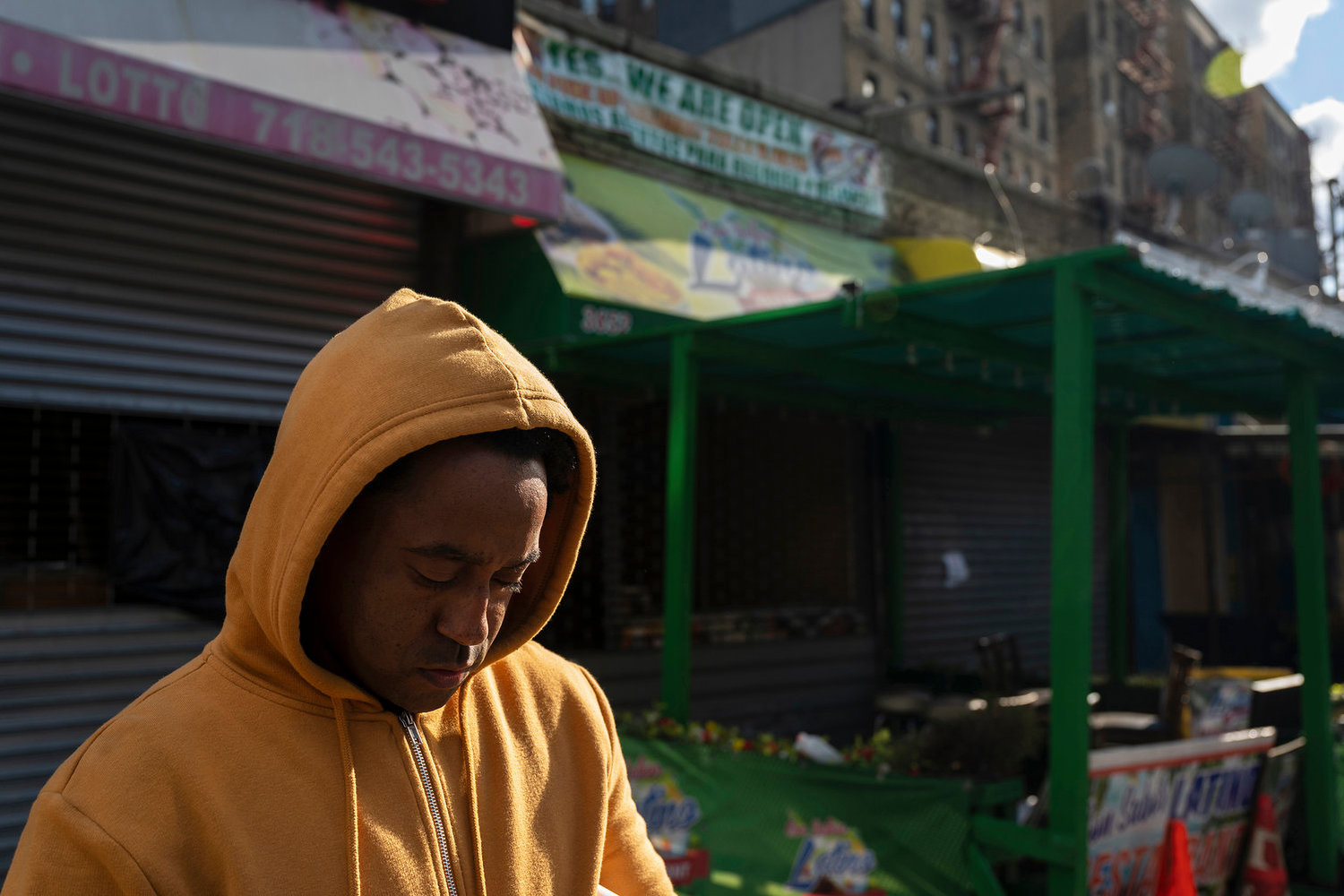 Julio Rosario stands outside of Con Sabor Latino at 3652 Bailey Ave., where his family business was before flames destroyed it. It was part of several unrelated fires that broke out in late 2021 — all caused by electrical issue.
Hiram Alejandro Durán 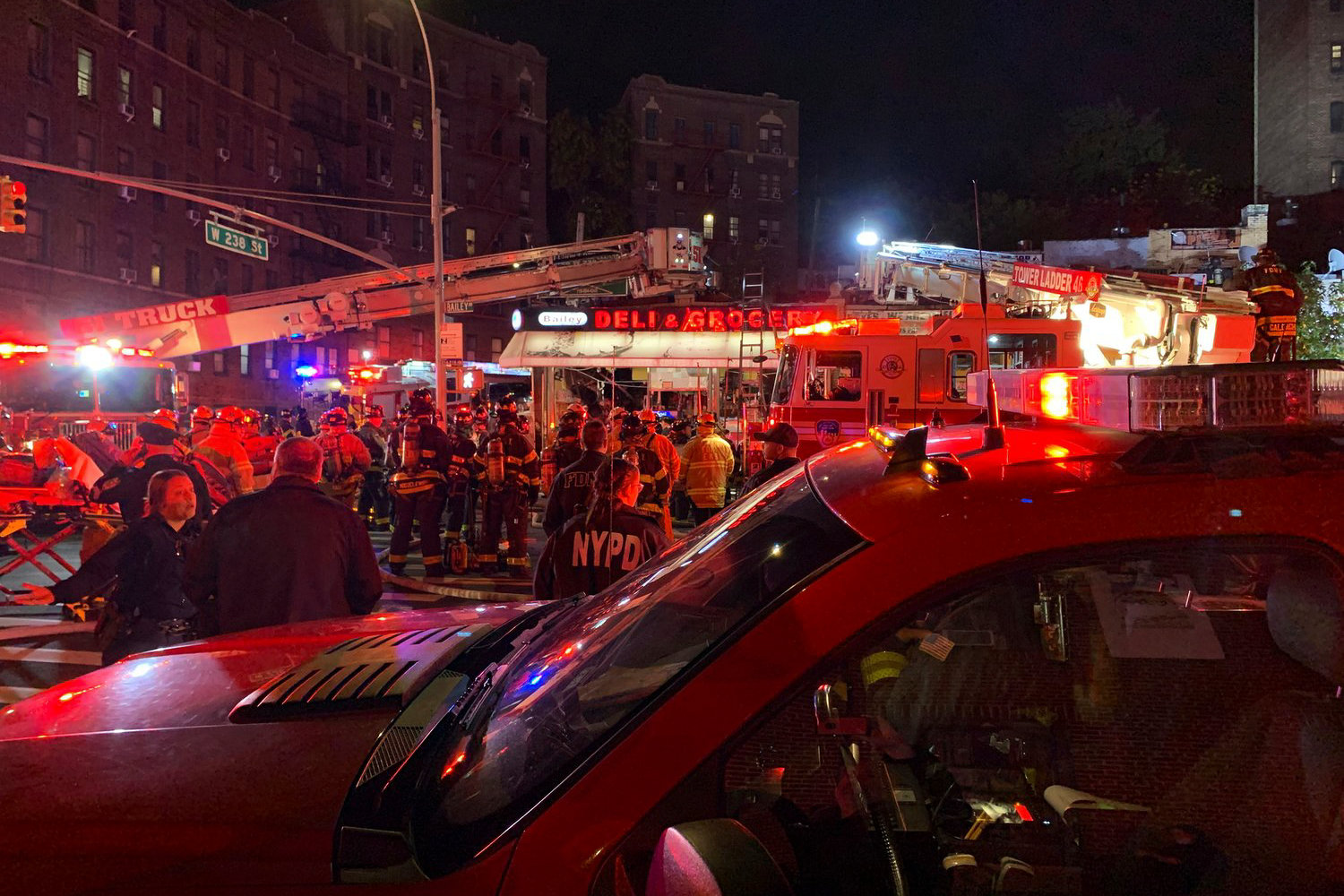 The Bailey Deli & Grocery at Bailey Avenue and West 238th Street was one of five businesses on that strip — including three restaurants and a laundromat — that were shut down after a four-alarm fire there late last year. It was one of several fires in that general neighborhood over the last few months of 2021 that investigators blamed on electrical issues.
MICHAEL HINMAN/ File 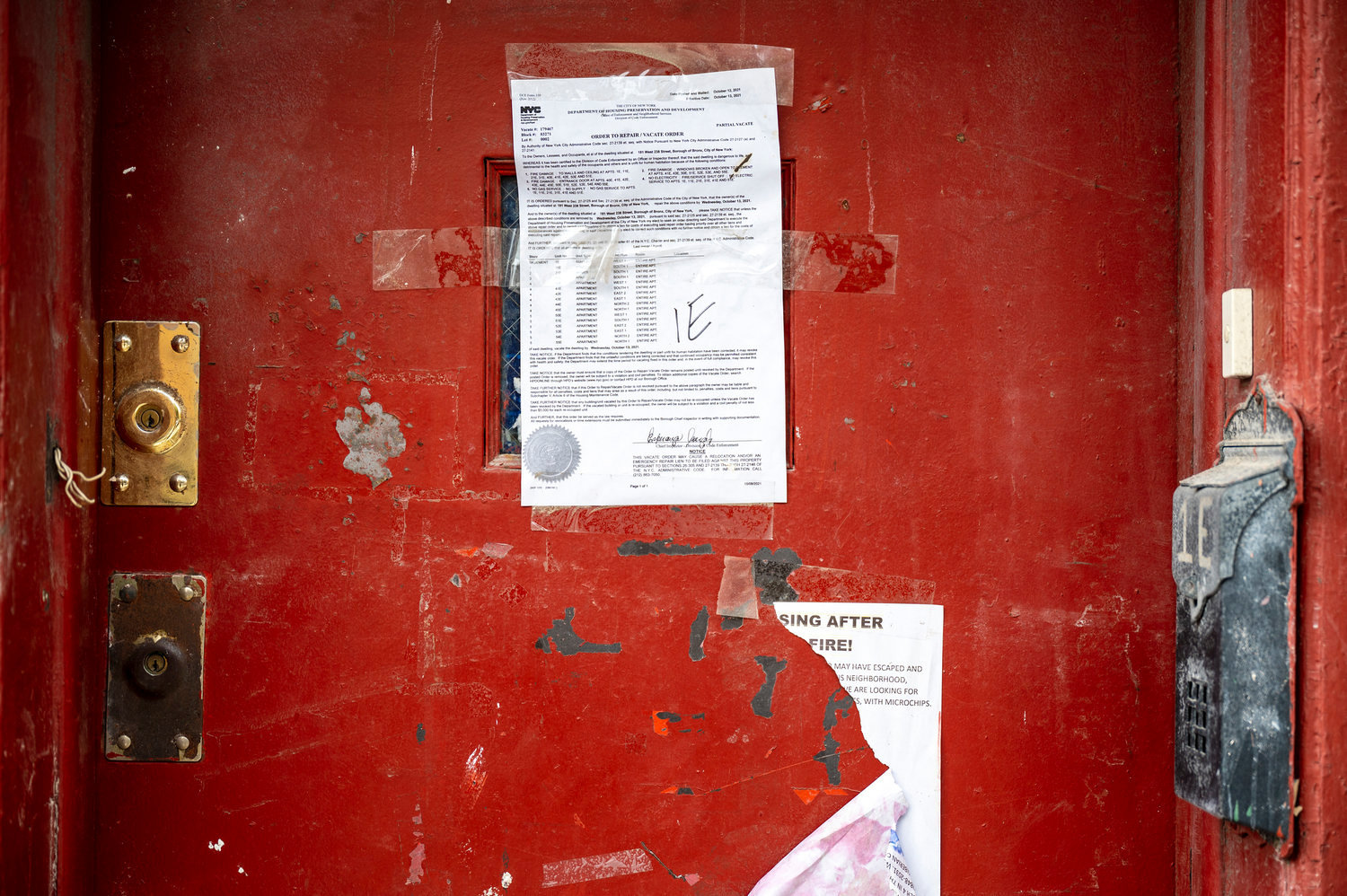 One tenant died and another injured during a fire last year at 181 W. 238th St. It was one of several fires sparked in late 2021 investigators blamed on electrical issues.
Hiram Alejandro DurÃ¡n 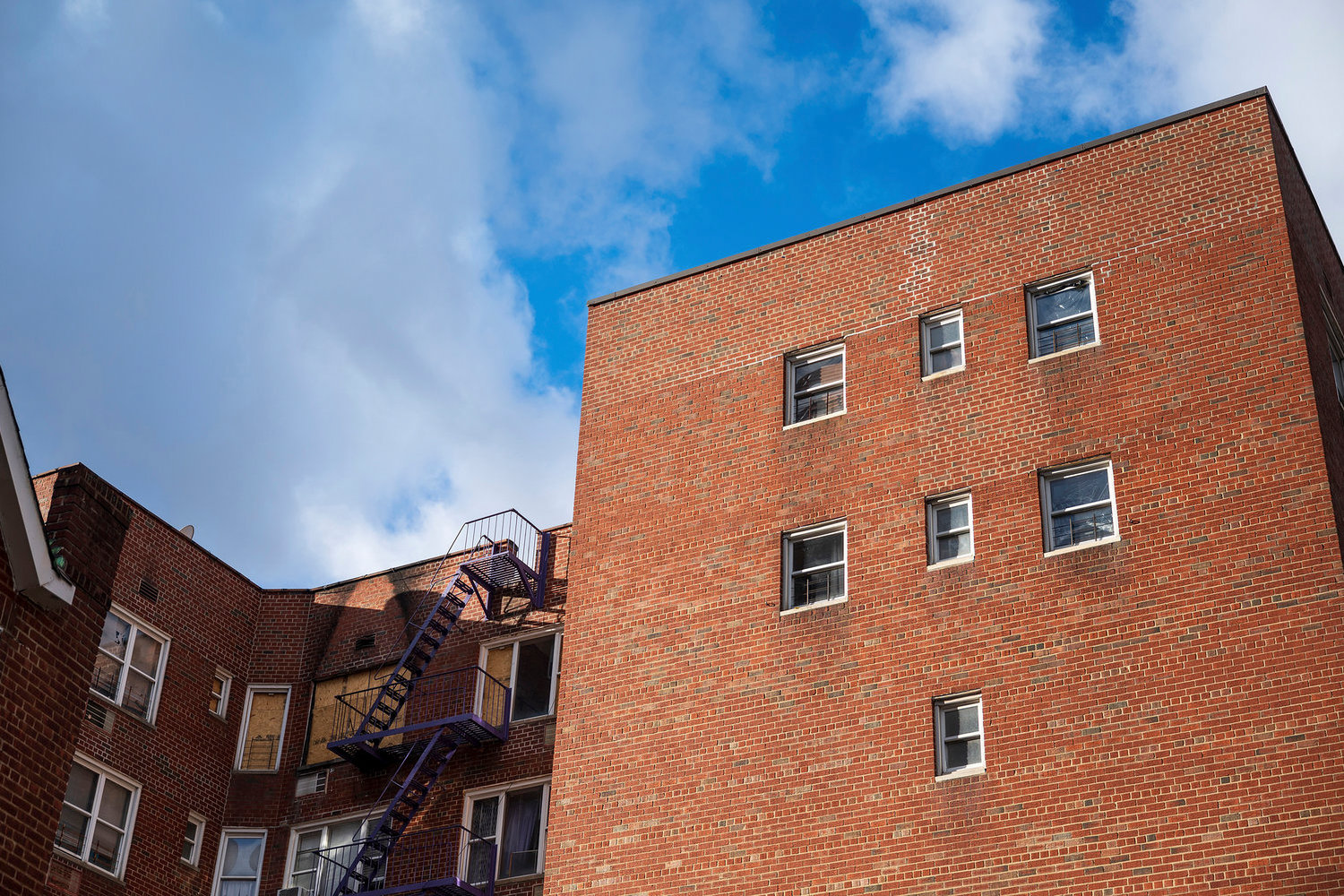 Apartments on the top two floors of 130 Van Cortlandt Ave. W., were heavily damaged in a three-alarm blaze back in November. Eight people — including three firefighters — were treated for injuries at a nearby hospital. It was one of several fires that occurred in late 2021 caused by electrical issues.
Hiram Alejandro DurÃ¡n
Previous Next
Support journalism

The massive fires that seemed to engulf building after building in the borough back in the late 1970s and early ‘80s led many declaring the “Bronx is burning.” In fact, it almost felt unusual to not use the word “fire” in conjunction with “Bronx,” because the two had become so synonymous during that time.

Yet, while times have changed, some things have remained the same.  That’s because over the last six months, a string of major fires has plagued the borough. But don’t worry, none of that is lost on Michael Kozo.

He’s the director of the New York Fire Department’s fire safety education unit, and has provided training presentations to just about any group that extends an invitation — including Community Board 8’s housing committee back in January.

“The information we give (at these meetings) are always increasing,” Kozo said. “We’re always adding to our presentations.”

Kozo can’t stress enough the importance of fire prevention, especially in many outdated buildings where electrical infrastructure predates many of the city’s latest fire codes.

While “electrical issues” was a broken record surrounding local fires, the top reason flames spark is actually cooking, But still, electrical fires are close behind.

One after another, three fires tore through the Bailey and Van Cortlandt avenues corridors in Kingsbridge within a month. Firefighters blamed the fires on electrical issues. One of them — at 181 W. 238th St. — claimed the life of an elderly woman last September.

But it was the fire at the Twin Parks North West apartment building in Fordham Heights last January that truly captured the city’s — and nation’s — attention. Yet even that fire was ultimately ruled electrical, thanks to a faulty space heater on a rather chilly morning.

It’s a trend that concerns Kozo.

“People may be using a lot of things now that they may not be using throughout the rest of the year,” Kozo said. “Specifically, space heaters (are) the most popular thing (people) are using.”

That fire killed 17 people — the kind of loss that should ensure everyone is thinking about what is potentially dangerous around their own homes.

“Any item that heats or cools needs to be plugged directly into the wall,” Kozo said.  “Everyone should try to avoid using surge protectors or extension cords of any sort. This includes a refrigerator, a microwave, a toaster oven, a space heater, or even an air conditioner.”

The problem, however, is people are far too dependent on power strips and surge protectors.

“I’m sure there are a lot of people who rely on power strips, including myself,” Kozo said.  “I understand when these buildings were built (people) didn’t need to plug so many things in back then. Now everything we use requires electricity. It needs to be charged. It needs to be plugged in. It all needs power.”

What many may not realize, Kozo said, is that adding outlets isn’t the same as adding more power. In fact, many almost assuredly don’t take into account the amperage distribution and how it’s affected by the number of devices they’ve plugged into one outlet by way of an electric peripheral device.

“Power strips are good for small or low-voltage items, such as a television, computer, an alarm clock, a lamp, things like that,” Kozo said. “The misconception with a lot of people is that if I use this power strip I now have (more outlets).  I’ve seen some with 16 (outlets.) You are not getting more power than you would already get if you used the same two (outlets) in the wall.”

One of the most important things Kozo shares in his fire prevention talks is ensuring smoke and seal alarms work.

“We can’t stress that enough,” Kozo said. “Your chances of dying in a fire are increased by 50 percent by not having working smoke and carbon monoxide alarms. That is a huge number for something so minimal (like not having those detectors).”

Nearly three-quarters of fire-related deaths are cause by non-working smoke and carbon monoxide alarms,”

And then there’s closing the door. Typical apartment buildings should already have a self-closing mechanism. The idea is that in the event of a fire, those doors will close or remain closed on their own, robbing flames of the oxygen it needs to sustain itself and grow. When someone is trying to escape a fire, Kozo said, they may also be panicking, with the thought of closing the door not even registering in their brain.

In fact, if a building isolates a fire the way it should, the FDNY captain says that unless the fire is in your apartment, it’s probably safer to stay there than to run into the hallway, which may be filled with smoke and flames.

The 17 people killed in the Twin Parks fire were found in hallways and staircases.

“This was a 19-story building,” Kozo said. “The fire was on the second floor. Typically, people on the 18th floor, if that door was closed, would not even know there was a fire in the building. They’d probably have no idea that something was even happening. And that’s because the building was doing what it was designed to do.”

The city council passed a 2018 law requiring residential buildings to install self-closing doors by 2021. The bill was co-sponsored by then-councilman Ritchie Torres a year after a fire tore through a five-story residential building in the Belmont neighborhood in his district, killing 13.

Kozo hopes the knowledge he shares can one day be put to good use should anyone find themselves in the unfortunate event of a fire. It’s why he looks forward to hosting more safety presentations in communities throughout the city.

“It’s definitely something that everybody can learn something from,” Kozo said. “And we are available in-person and virtually, which I think is a great thing.”