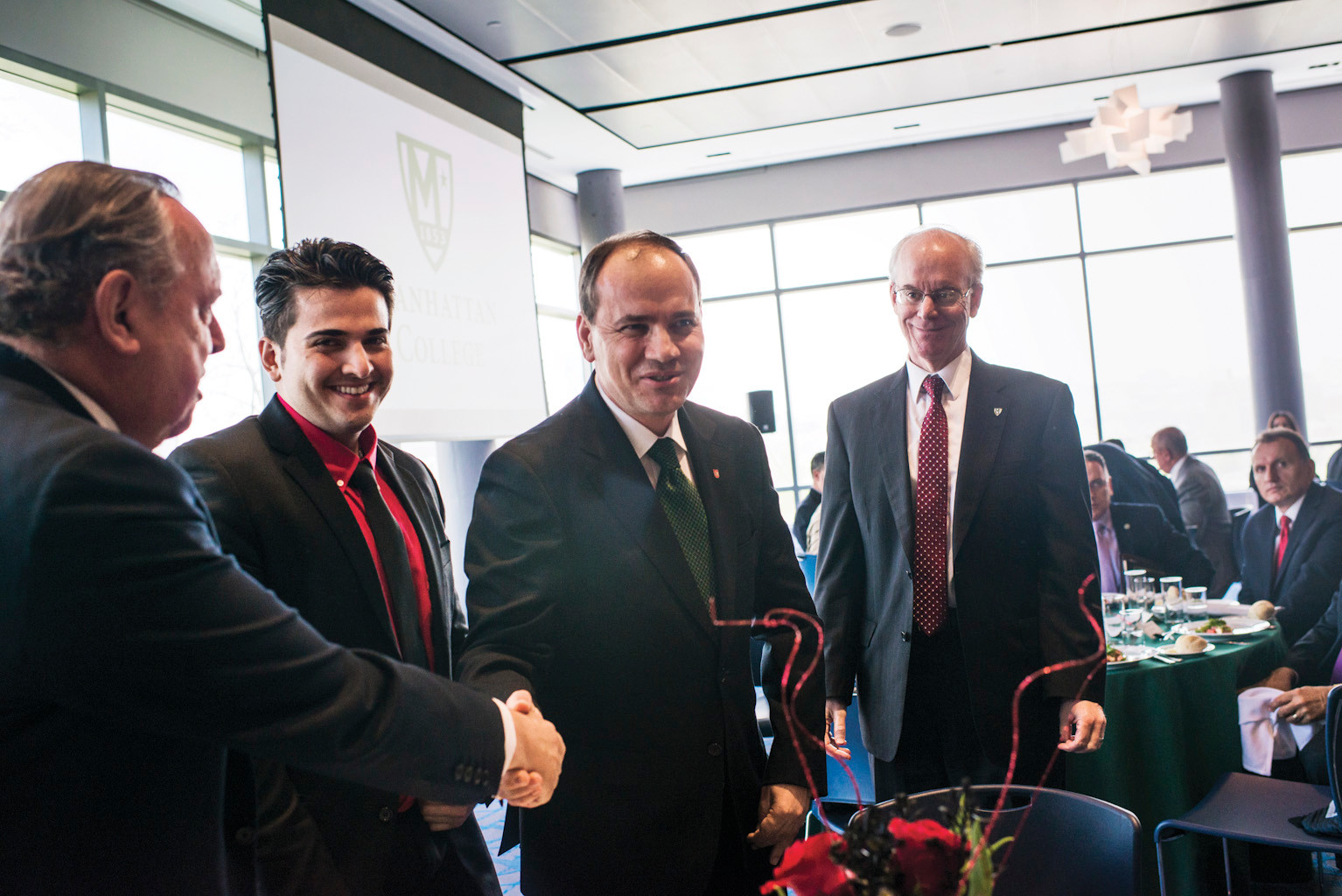 Albanian President Bujar Nishani greets members of the Manhattan College board in the Kelly Commons on May 7.
Adrian Fussell / The Riverdale Press 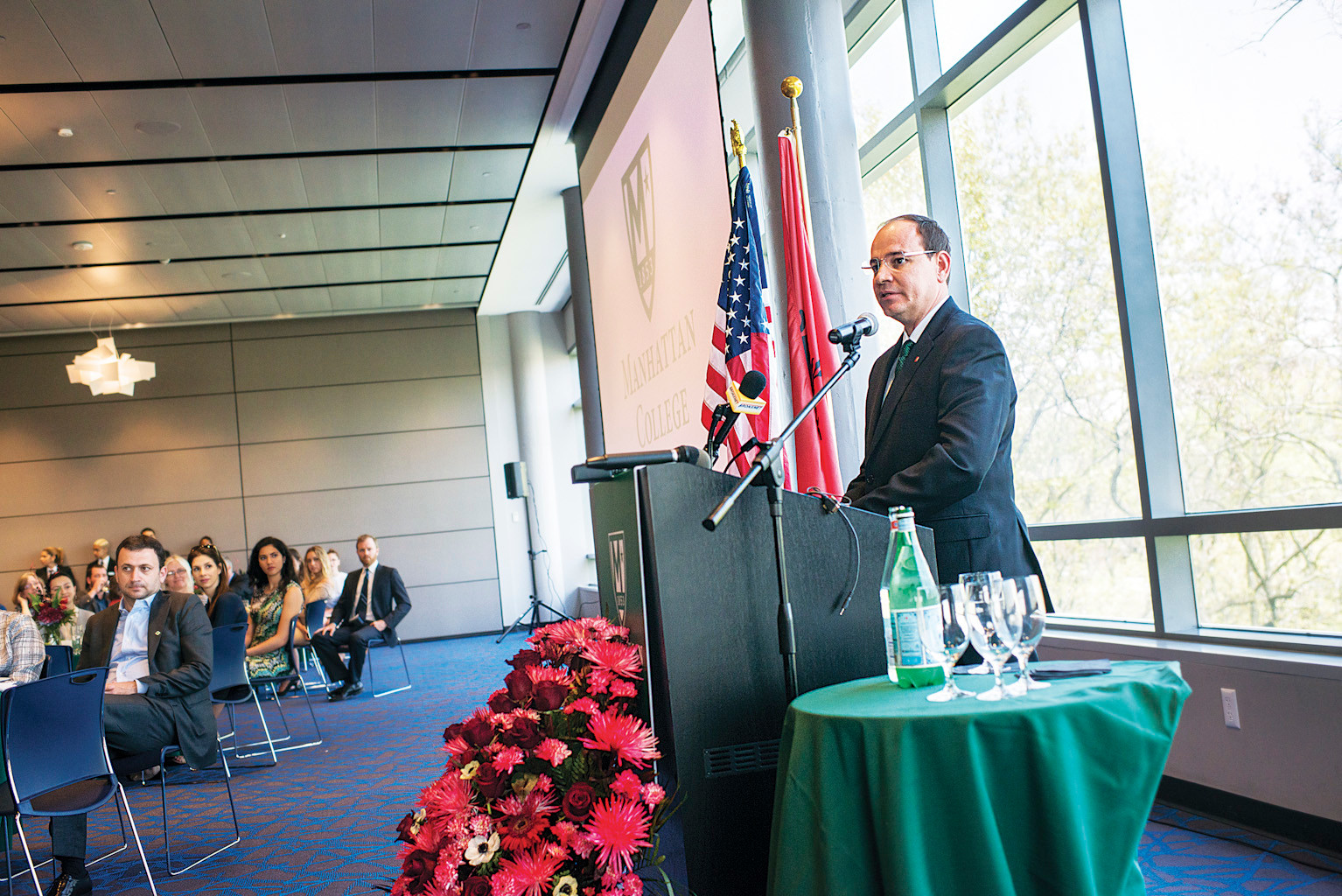 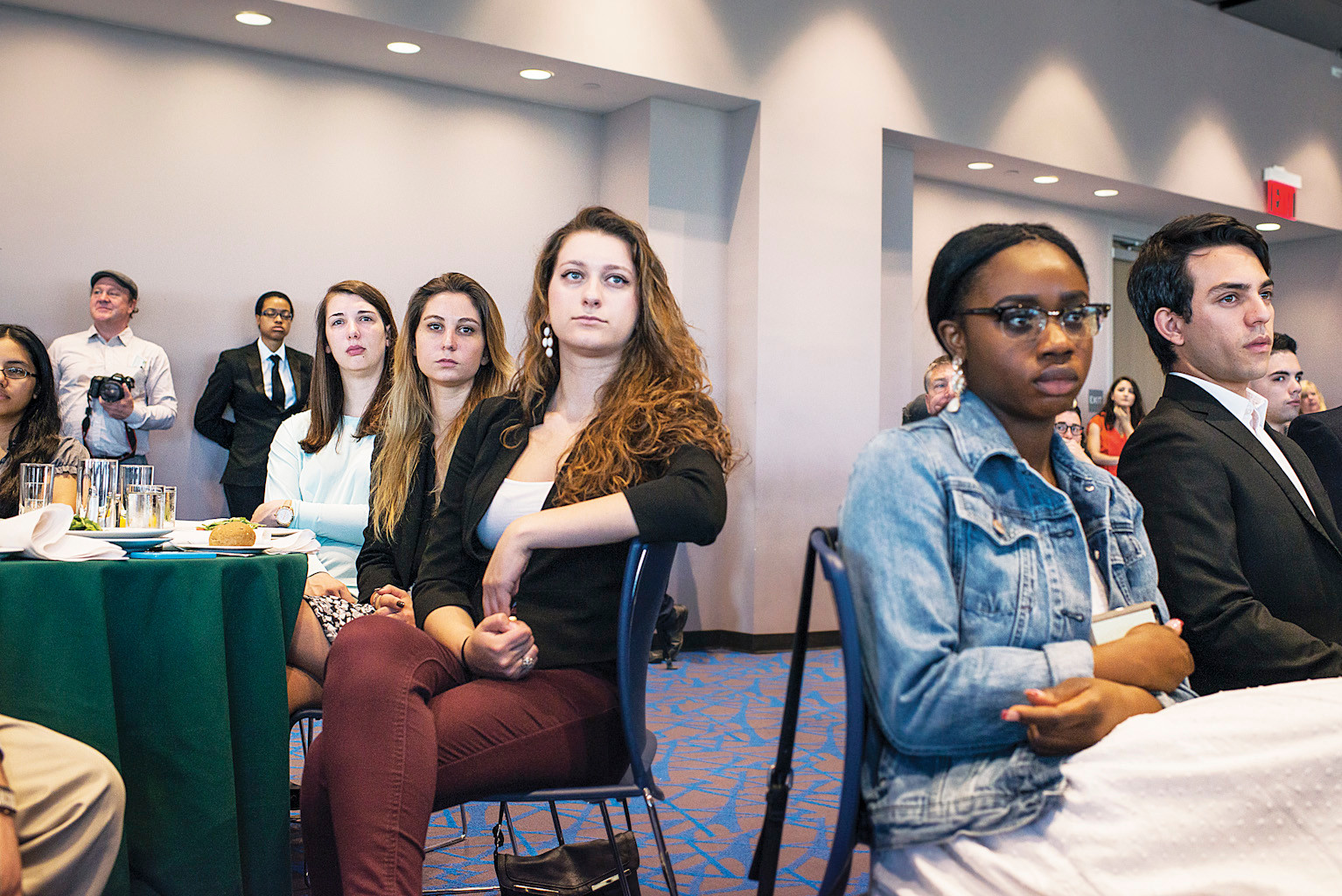 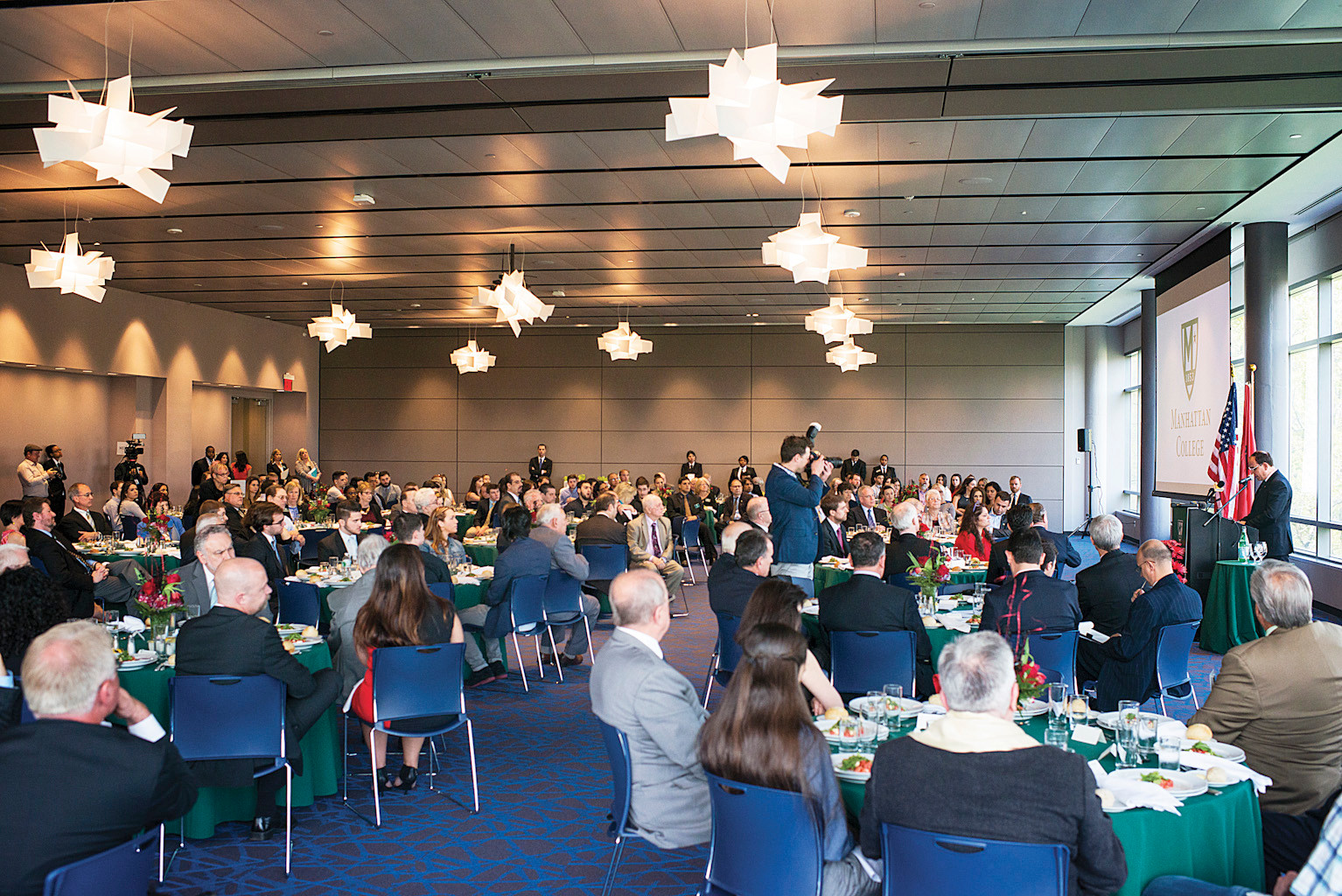 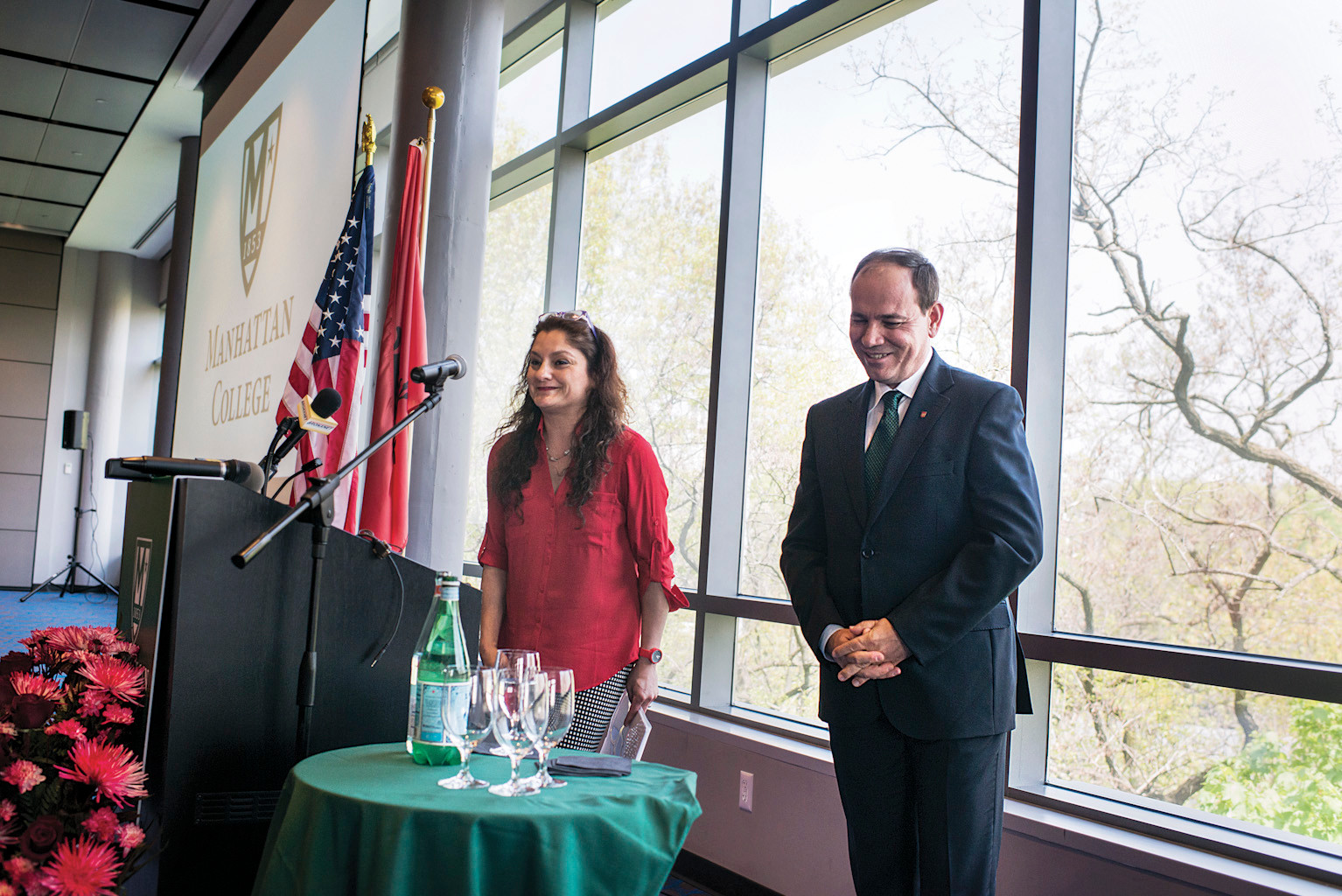 Bujar Nishani, president of the Republic of Albania, did not visit Riverdale by chance.

Instead, the president confirmed, his decision to give a speech organized by Manhattan College’s Holocaust, Genocide, and Interfaith Education Center was “absolutely motivated” by a desire to strengthen ties between his country and the international Jewish community.

“For my country, the ties with Israel are a priority,” Mr. Nishani said after giving a May 7 speech at the college’s Raymond W. Kelly ’63 Student Commons.

“There was no forceful expulsion of Jews in our country, either by the state authorities or by common people,” Mr. Nishani said of Albania, one of the only European countries that had more Jews at the end of the war than at the start.

“This typical and characteristic behavior is founded on the Albanian code of honor, ‘besa’,” he continued. “In daily life, it means to take care… [of] someone who is in trouble and need by offering him hospitality and defense.”

In the 21st century, Mr. Nishani argued, ‘besa’ was the foundation of Albania’s success as a multi-religious society.

Mr. Nishani used his speech to emphasize diplomatic ties with the U.S., whose support is seen as critical to the country’s bid for membership in the European Union. He also discussed joint U.S. and Albanian efforts to fight terrorism.

Dr. Mehnaz Afridi, director of the college’s Holocaust, Genocide, and Interfaith Education Center, which organized the event, said President Nishani’s visit was about “bridging traditions,” an objective she knows from personal experience.

“I’m Muslim,” she said, noting that Albania is itself 70 percent Muslim. “I run a center dedicated to remembrance of the Holocaust at a Catholic university.”