Remembering those who died, and why they did 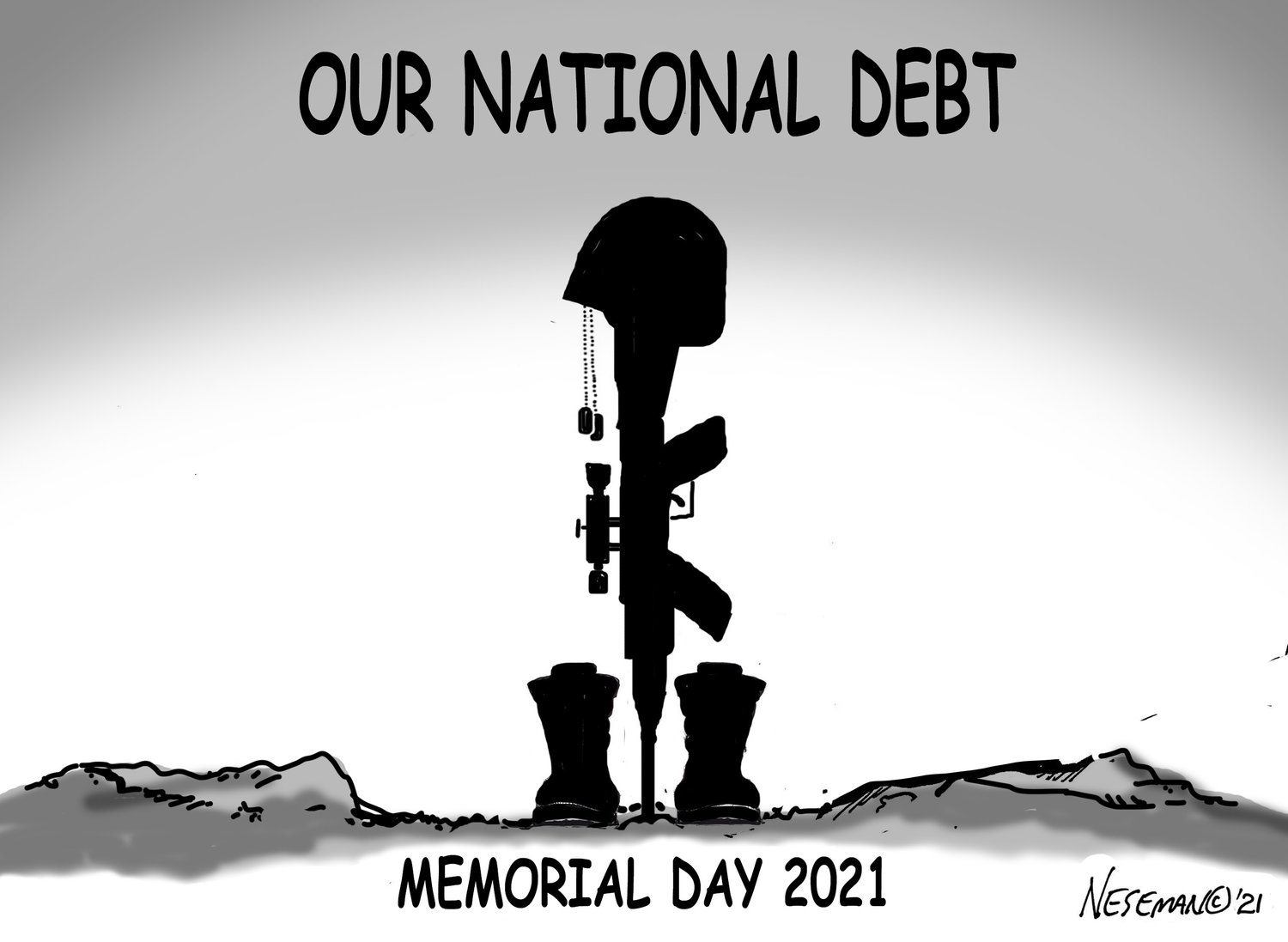 His steps are precise. South 21 steps. Stops. Turns east. Holds for 21 seconds. Turns north. Switches his weapon to his other shoulder. Waits 21 seconds, before marching 21 steps the other way and repeating the sequence at the northern end.

This is the job of the sentinel in front of Arlington National Cemetery’s Tomb of the Unknown Soldier. The U.S. Army’s 3rd Infantry Regiment has honored the unknowns since 1925 when the first soldier was laid to rest there following World War I.

Since then, unknown soldiers were added from World War II and the Korean War. An unknown soldier also represented the Vietnam War, but that soldier was actually identified in 1998, and his remains were returned to his family in Missouri.

More than 3 million people visit Arlington National Cemetery each year, the final resting place of some 400,000 soldiers. Many of those visitors pay silent tribute to the Tomb of the Unknown Soldier, many to see the hourly “changing of the guard.”

But even when the cemetery closes its gates to the public, the sentinels remain. They are there 24 hours a day, seven days a week. In rain, snow, even pandemics.

Selection to be a sentinel is vigorous — something only several hundred men and even a handful of women have ever been successful in completing.

An inscription on the tomb shares that “here rests in honored glory an American soldier known but to God.” We will never know these brave heroes who the sentinels guard, but we can’t risk not knowing every other soldier who gave their life protecting the country they loved.

When Congress created its modern federal holiday system in the late 1960s, it moved Memorial Day and a few other observances to Mondays. The idea was to create three-day weekends, instead of floating holidays that could end up in the middle of the week, or even on the weekends themselves.

Since that time, many of us have used Memorial Day as a gateway to summer — barbecues, beaches and an extra day to sleep in. But while there’s nothing wrong with living the very American dream these soldiers fought for, we still need to take some time out of our day to think about the sacrifices these soldiers made.

It’s also important that our leaders — today and in our future — also remember this solemn day, and how decisions to engage with any adversary militarily could ultimately add more names to our list of the fallen. While we can be proud, as Americans, to be defended by the most amazing military in the world, it doesn’t mean we have to flex those muscles.

Every soldier is a dad or a mom. A brother or sister. Son or daughter. Best friend. Husband. Wife. Partner.

We remember our dead so we never forget the value of life. And it’s through the sacrifices of all these soldiers before us we cherish the value of peace.