Rent cancellation could be only way to circumvent crisis 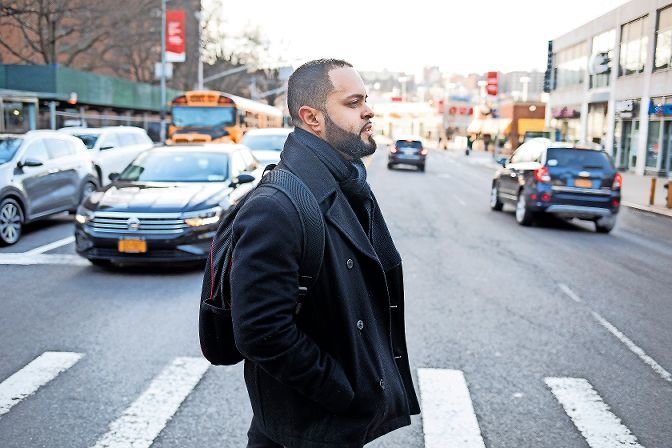 Juan Nuñez, leader of a Kingsbridge tenant association and member of Housing Justice for All, took part in a virtual eviction workshop with Alexandria Ocasio-Cortez and congressional candidate Jamaal Bowman. Nuñez believes canceling rent is the only way to relieve financial burden of tenants affected by the coronavirus pandemic.
JULIUS CONSTANTINE MOTAL / File 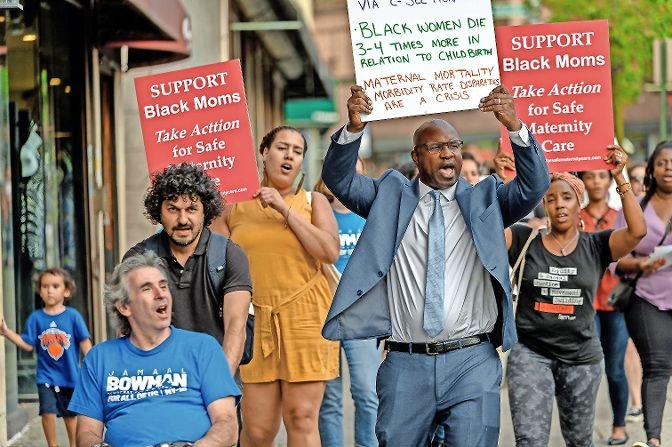 Democratic nominee for the House of Representatives, Jamaal Bowman, stepped into his role as the man likely to be the area’s next congressman, joining in an eviction defense workshop hosted by Housing Justice for All. Bowman, who campaigned on platforms including tenant eviction protections and national rent control, supports a nationwide rent cancellation.
Courtesy of Jamaal Bowman 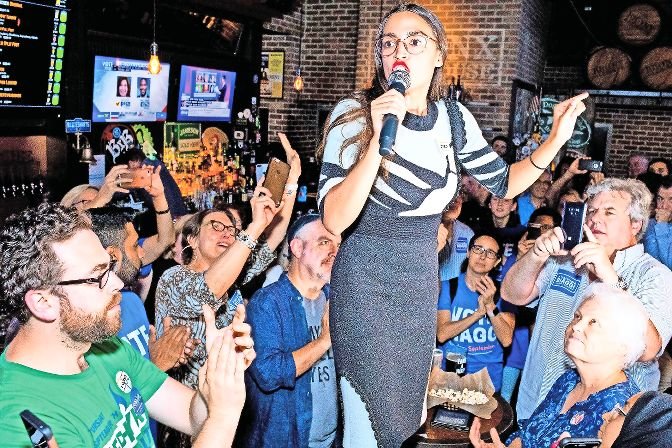 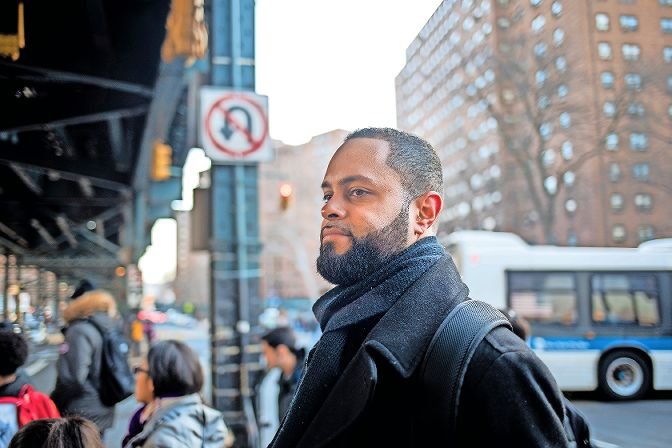 Juan Nuñez has been leading his neighbors in the fight against increasing rents and what he has described as unfair treatment by landlords. He used that expertise to teach other tenants how to defend themselves during a virtual eviction defense workshop with U.S. Rep. Alexandria Ocasio-Cortez and Jamaal Bowman.
JULIUS CONSTANTINE MOTAL / File
Previous Next
By KIRSTYN BRENDLEN

New York City is starting to breathe a sigh of some relief as it moves into the fourth phase of its economic reopening in the wake of the coronavirus pandemic as more people head back to work. But there are still many who stay awake at night worrying about one thing that is likely their largest monthly expense: rent.

Housing advocates raised the alarm about rents almost as soon as the state shut down in late March, pushing unemployment to levels not seen since the Great Depression. For them, waiving rent was the only solution to help them through the crisis.

Instead, state and local electeds have taken different routes, focused more on preventing or delaying evictions, at least through the beginning of next month. Albany lawmakers passed the Tenant Safe Harbor Act that doesn’t prevent evictions, but does allow tenants to use financial hardship caused by the pandemic as a defense against eviction in housing court. Tensions over housing are on the rise, and many housing advocates are preparing for the worst.

But even with all the chatter in the news and from elected officials about the ability to pay rent, there is still a lot that isn’t being done. That’s something U.S. Rep. Alexandria Ocasio-Cortez shared during an online workshop last week hosted by Housing Justice for All. She was joined by Jamaal Bowman, who likely will become her congressional colleague in January after upsetting U.S. Rep. Eliot Engel in the 16th congressional district.

“We are in, I think, a housing crisis that is both so enormous and so quiet at the same time,” Ocasio-Cortez said. “We aren’t hearing enough about it, but the fact of the matter is one out of every four renters in New York City has not been able to pay rent since about March or April.”

Exploitative landlords — especially those who own many units — have historically taken aim at tenants who have missed single rent payments, are undocumented, or who work jobs “under the books,” meaning they’re usually paid cash and may not have a formal job contract, Ocasio-Cortez said. The pandemic has only made those things worse.

Juan Nuñez, the head of the 2770-80 Kingsbridge Terrace tenant association, agrees. His building was already dealing with high rent and housing court dates before the coronavirus put many of them out of work.

Nuñez works with the Bronx Community and Clergy Coalition, and said they, along with organizations like Community Action for Safe Apartments, pushed not only for eviction moratoriums, but overall rent cancellation.

A new rent relief program went into effect last week, giving some pandemic-impacted renters a one-time subsidy, paid directly to landlords. Within minutes of its launch, the website where tenants could register crashed. Even worse, Nuñez said, many in need of help are ineligible.

Nuñez’s neighbor, Yeniset Estrella, is one of those ineligible. Estrella receives Social Security benefits, which aren’t quite enough to cover cost of living, she said. Estrella hasn’t been paying rent because the limited funds she receives are already needed for other things.

Estrella told the workshop she joined some of her neighbors to see if they were eligible for the citywide program, many discovering they were not. They couldn’t even reach anyone on the helpline for assistance, she added.

To qualify for the rent relief program, tenants must pay more than 30 percent of their monthly gross income toward rent, according to the state’s website, and make below 80 percent of the median income in their area while also making less money now than they were at this time last year. Undocumented immigrants cannot apply directly, although someone from their household can.

Estrella already owes her landlord $5,000, and her rent is lower than some of her neighbors because she’s lived there for 24 years.

“When you look at this district, we needed 70,000 affordable homes prior to the pandemic,” Bowman said. “We had 40,000 residents dealing with severe housing insecurity, meaning they were paying more than 50 percent of their salary toward their rent. So it was a crisis prior to the pandemic that we’re living in.”

Of course, landlords still have to pay bills and maintain their property. Suddenly not receiving rent could make that challenging.

In May, Ocasio-Cortez signed a letter with U.S. Reps. Eliot Engel and Adriano Espaillat, among others, to senior congressional leadership calling for relief for homeowners and landlords. They urged the U.S. Department of Housing and Urban Development to create a fund reimbursing the cost of canceling rent for tenants while also providing mortgage forgiveness for homeowners. Relief would be focused on small landlords, public housing and housing co-operatives.

At the beginning of that crisis, Nuñes said he received calls from people seeking help looking for new jobs or unemployment assistance. Now, nearly everyone who calls is focused on rent.

Housing Justice for All is advocating a three-bill package in the state legislature that includes canceling rent and mortgages, and making sure small landlords have “first dibs” on state assistance while stopping evictions and foreclosures for a full year after the end of the pandemic. It also includes pathways for the homeless to find permanent housing.

“We really don’t have the resources to get people extra rent assistance, and it’s not enough,” Nuñez said. “This would be so much simpler if they would just cancel rent. They’re trying to do this patch-up work, but it’s all over the place and confusing.”