Nomination could trigger special election before end of 2020 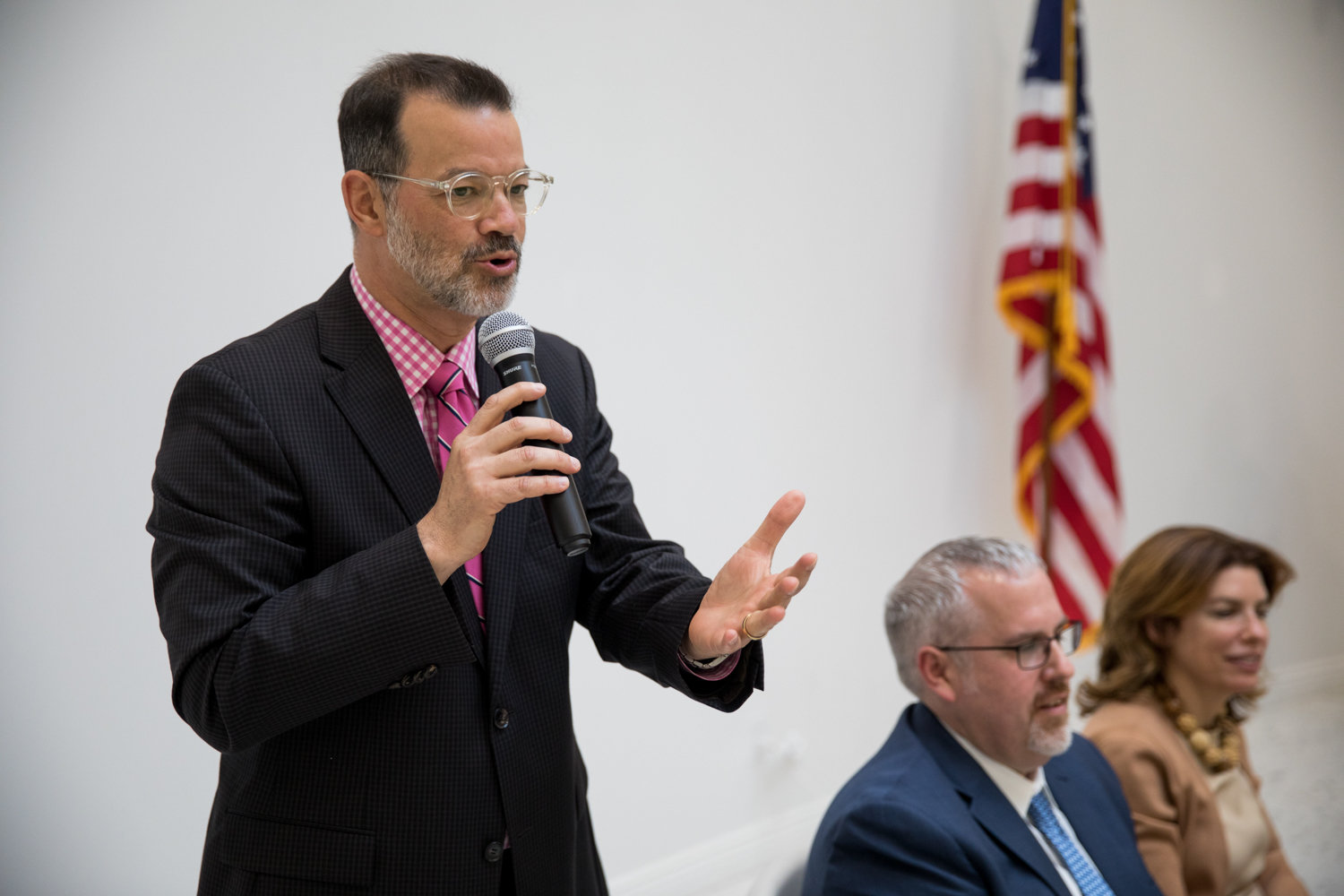 Councilman Andrew Cohen is expected to officially be nominated to the Bronx Supreme Court by Bronx Democrats on Monday, which could prompt a special election this year for his city council seat.
JULIUS CONSTANTINE MOTAL / File
By MICHAEL HINMAN & KIRSTYN BRENDLEN

It's two years later than expected, but come Monday night, Andrew Cohen may be ready to say goodbye to the city council and hello to the Bronx Supreme Court.

The Bronx Democratic County Committee is expected to nominate three people to the bench tonight. Two are sitting civil court judges, according to two sources, while the third will be Cohen. If true, depending on when Cohen leaves his city council seat, that could trigger a special election that could come as early as November.

Nothing is set in stone yet, but Cohen confirmed to The Riverdale Press on Monday that he is indeed seeking nomination to the bench.

"I've been in the running for quite a few years now," Cohen said. "If I wasn't term-limited, I wouldn't be seeking the nomination. "I love what I do, and I think I'm pretty good at it, if I do say so myself.

"I know that voters like term limits, but there are definitely downsides."

The timing of when Cohen steps down could be important, because if a special election were held in 2020 rather than the regular election next spring, it would avoid ranked-choice voting — which doesn't go into effect until 2021. That could be a key determination in what happens with this race since some observers have told The Riverdale Press in the past that the new voting system may be more advantageous to underdogs in city races rather than bigger names.

Although Cohen has not officially announced any plans to leave his seat before 2021, a number of candidates already have announced runs for the seat — some dating back to 2018. Among them are Eric Dinowitz, a school teacher considered a "bigger name" because he is the son of longtime Assemblyman Jeffrey Dinowitz. The older Dinowitz also is a key player inside the Bronx Dems, which chooses judicial candidates through an internal process that is then "rubber-stamped" more or less by the Bronx electorate, since it's heavily Democratic.

If Cohen resigns immediately, a November special election would ensure there is no ranked-choice voting for Dinowitz, making it more difficult for his opponents to win over such a name. On Monday, however, Cohen said he's leaning toward remaining at his post until the end of the year.

"If I am miraculously nominated tonight, I would start my new job on Jan. 1, 2021, and that would cause me to resign the current seat," Cohen said. "I'm not making an unequivocal promise, as this is just the prism in which I'm viewing this through. I don't have anything until tonight, and I'm not invested in making a lot of decisions on what happens tonight.

"I've been down this road before."

Requests for comment from the Bronx Dems also were pending return.

In a statement released through a public relations company, Eric Dinowitz seemed to indicate Cohen's ascension to the judicial bench was a done deal, thanking the councilman for "his service to the northwest Bronx, and for being a strong progressive voice for the working families and seniors of this district."

However, he later qualified that statement saying that should this city council "vacancy happen, I look forward to asking the voters for their support in a March special election," indicating he believes Cohen will serve out the rest of 2020.

In her own statement to The Press, council candidate Jessica Haller said that if nominations go as planned, this entire process by the Bronx Democrats will be "yet another example of machine politics."

"Our campaign is ready, willing and able to run against the local political machine whenever an election is scheduled," Haller said. "We have, in a short time, demonstrated momentum and support, with much more coming."

"The people of the northwest Bronx deserve a city council member they can trust and who will fight for them," Martin said, in a statement. "I will be on the ballot, no matter when this election is."

Dan Padernacht, who first announced his candidacy more than two years ago, says his campaign has been prepared for the possibility of a special election for a long time.

"If council member Cohen receives the nod tonight, it will change the timing of the election," Padernacht said, in a statement, "but not our vision or direction we plan to take this district."

A fifth candidate, Dionel Then, says Cohen has "served this district well, and has been a role model for me and the northwest Bronx." He described any special election for Cohen's district as a "litmus test for all other candidates throughout the city running," which he says could give a preview to what might transpire during the regular elections of 2021.

Then specifically cited Councilman Ritchie Torres' seat on the east side of the Bronx, which he'll step down from in the likely event he's elected to succeed U.S. Rep. Jose E. Serrano in Congress.

"Bronx politics is set to lead the city should council member Cohen get nominated tonight," Then said, in a statement, "which is exciting to say in the least."

Cohen was expected to be appointed to the bench in 2018, which prompted Padernacht and then Dinowitz to enter the race. However, some inside observers say Cohen became collateral damage in efforts to appoint ousted state Sen. Jeffrey Klein to the bench, which faced tremendous backlash. It wasn't clear why Cohen wasn't appointed in 2019, even after he started openly musing a run for Bronx borough president.

Also expected to be nominated Monday night, according to sources, are current civil court judges Kim Wilson and Bianka Perez. Both started their current roles in 2017, with Perez a former administrative law judget and city elections board commissioner, while Wilson is a former criminal court judge.

UPDATE: The Bronx Democrats nominated a slate that included Kim Wilson, Bianka Perez and Andrew Cohen as its judicial nominees to the Bronx Supreme Court on Monday.

Wilson is a Whitehall resident who graduated from Boston College and later Hofstra Law School. She began her career as an investigative attorney for the city before becoming an associate court attorney.

Perez lives in Pelham Gardens, a graduate of John Jay College of Criminal Justice and New York Law School. After years as a sole practitioner, she became an administrative law judge in 2012, before earning a spot as a civil court judge in 2017.

For more, pick up the Aug. 13 print edition of The Riverdale Press.