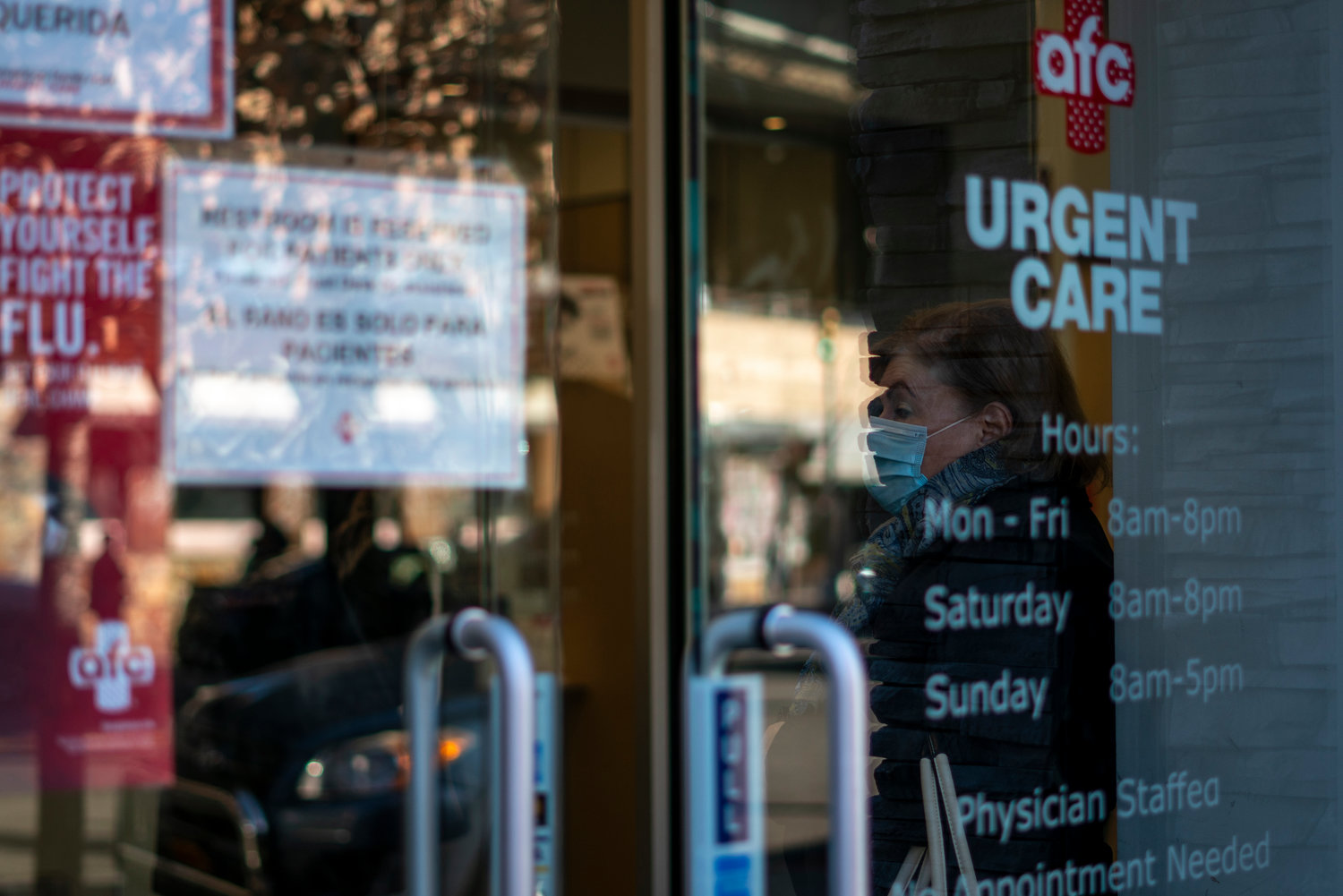 Many of the city’s public preschool and elementary school buildings reopened this week, although not without changes to coronavirus protocol in said buildings. Most notably, random coronavirus testing will occur weekly, as opposed to monthly, and parents must consent to random testing for any student wishing to attend school in-person.
HIRAM ALEJANDRO DURÁN

Coronavirus testing can be a scary prospect for the city’s younger students — many of whom returned to their classrooms this week. But it doesn’t need to be scary, if parents and other adults properly prepare them for their first in-school coronavirus test, telling them what to expect.
HIRAM ALEJANDRO DURÁN 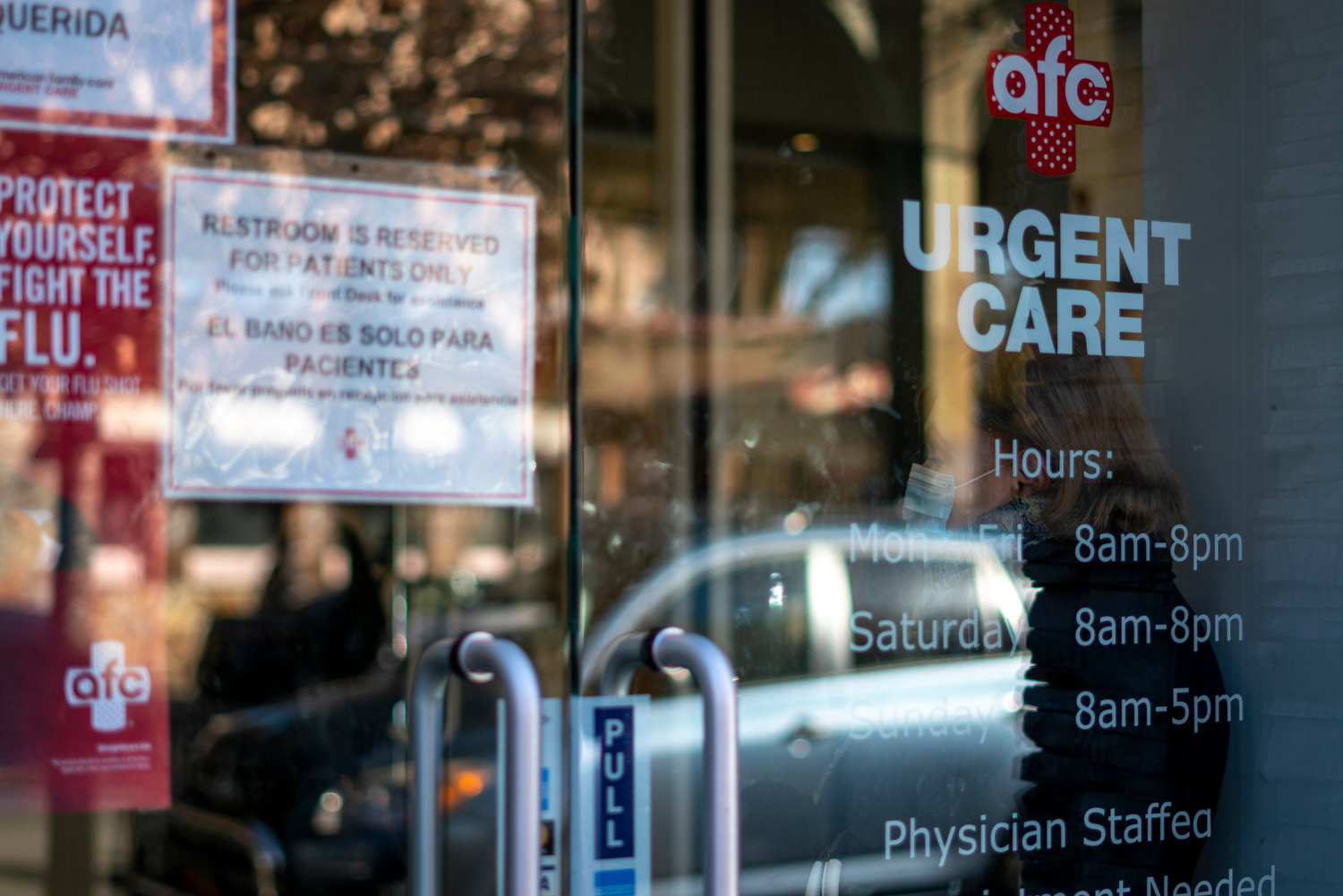 More stringent coronavirus testing protocol was introduced alongside the reopening of preschool and elementary school buildings throughout the city this week. And while testing might initially be daunting for the city’s younger learners, parents and teachers can take measures to assuage any concerns children might have.
HIRAM ALEJANDRO DURÁN 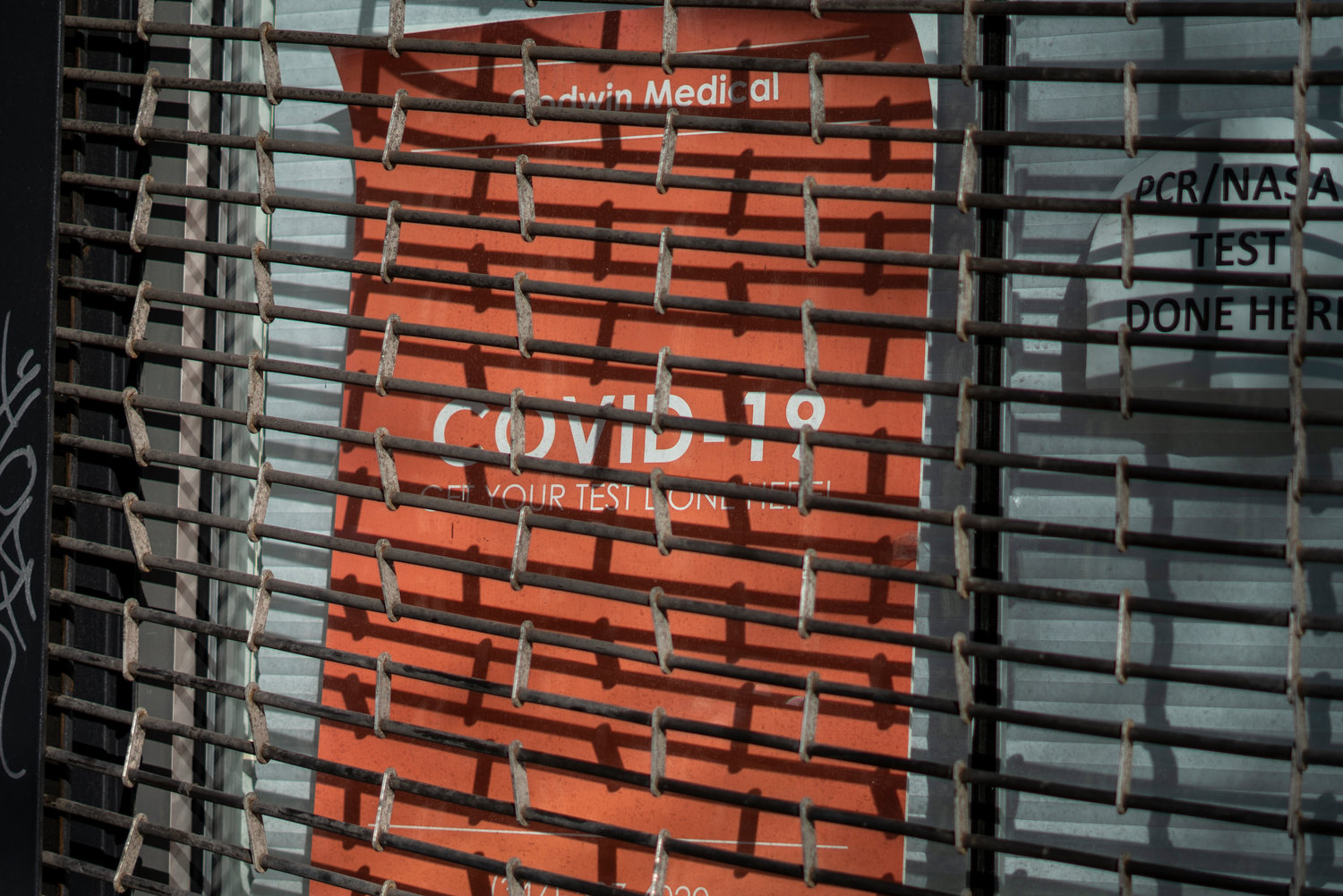 Coronavirus testing — and the pandemic itself — might be frightening for the city’s preschool and elementary school students. But if they’re properly prepared for the more frequent random testing that will occur in their school buildings, they fear may subside.
HIRAM ALEJANDRO DURÁN
Previous Next
By ROSE BRENNAN

It begins with waiting in line and ends with a celebratory sticker.

No, children in preschools, elementary schools and specialized District 75 schools aren’t voting — although the process does bear some striking similarities. Instead, they’re waiting to be tested for the coronavirus.

Tests of any kind might be a hard sell for any student, but the uncomfortable nasal swabs are part of an effort to keep them in the school building for the remained of this academic year.

The city’s public school system had to move fully remote last month after its weekly positive coronavirus test rate reached 3 percent. Yet, this past Monday, preschools and elementary schools reopened, along with specialized District 75 schools expected to follow suit Thursday.

But they’re not following the same guidelines they were earlier this academic year, particularly when it comes to coronavirus testing.

Under the new reopening plan, random coronavirus testing will happen weekly, as opposed to monthly. And unlike before, any student wanting to return must have their parents agree to be tested. If they refuse, they’ll automatically be placed into their school’s fully remote cohort.

Although the process is similar to being tested for influenza, a nasal swab rubbing against the deepest part of the nose isn’t necessarily a pleasant experience for anyone. But it might be downright scary for the city’s youngest students, especially if they’ve never had such a test done before.

According to Dr. Delaney Gracy, the clinical services director for Montefiore’s school health program, certain factors of a child’s life and experience might also impact how families should prepare their children about coronavirus testing.

“How you talk to your kids about it depends on their age, their developmental stage, and their own personality and temperament,” Gracy said. “How much do they worry about things? What has your family already experienced with COVID? What might they think COVID means? All those things are important in how you talk to your child about that.”

Regardless of circumstances, there are a few tips Gracy shares when having that conversation. The best policy is for parents to let their children know if they want to return campus, there’s a chance they’ll be selected for random testing at some point. And they should know why this testing is happening — to keep them and their classmates and teachers safe.

Gracy also thinks parents should warn the children about several aspects of the testing process. They might already know the nasal swab is coming, but they might not know the person testing them could be covered in full personal protective equipment. And that could frighten younger children.

“It’s worth preparing them for that visual — that the person’s going to wear special clothes and have a mask and gloves, (and) probably the goggles or the face shield,” Gracy said. “It may look scary, but that’s normal, and that’s just to help prevent the spread of germs and to keep everybody safe. It’s good to have them expect that.”

But being honest with children doesn’t necessarily mean parents can’t reassure them. According to Gracy, it’s important for children to know that while the test might be uncomfortable, it won’t be painful. Seconds of discomfort is greatly preferable to a building-wide shutdown due to unmitigated spread of SARS-CoV-2.

Some students, however, won’t leave their worries behind at the testing sites. It’s an unfortunate reality that some will eventually test positive, and that could frighten children, especially if one of their classmates — or they themselves — are the unlucky ones who contract it.

First, Gracy says parents should discuss the immediate consequences of a positive test — mainly, that the person who tested positive will need to learn fully remotely for a few weeks. Next, they should assure their children that testing positive doesn’t mean that they’re going to get severely ill, or even die. In fact, Gracy says many children show just mild symptoms, if any at all.

“We don’t want any stigma associated with kids who test positive and need to be out for a couple of weeks,” she said. “I think it’s worth doing that upfront, so we don’t end up in a situation where people who test positive … come back to school, and people are afraid to be around them.”

The responsibility to put children at ease with their new reality of weekly coronavirus testing doesn’t need to be on parents’ shoulders alone.

There are some measures schools can take to helps students understand what happens during coronavirus testing.

At P.S. 24 Spuyten Duyvil, for example, the adults selected for testing go first. This was done from the first time coronavirus testing was done at the school, and it’s a policy principal Steven Schwartz plans to keep in place going forward.

“It’s always best to model, so we have the adults go first,” Schwartz said.

“I think once you’ve gone through with that first time, you realize it’s not as bad as what you’re fearing.”

Some younger students might balk at the prospect of coronavirus testing — especially if there’s a higher chance they’ll be tested this time around. But Schwartz believes children can be brave in times like this — and when it comes to testing, his students might actually be braver than him.

“When it comes to needles and swabs, I’m not a big fan of those things,” Schwartz said. “So if I can do it, anyone can do it.”