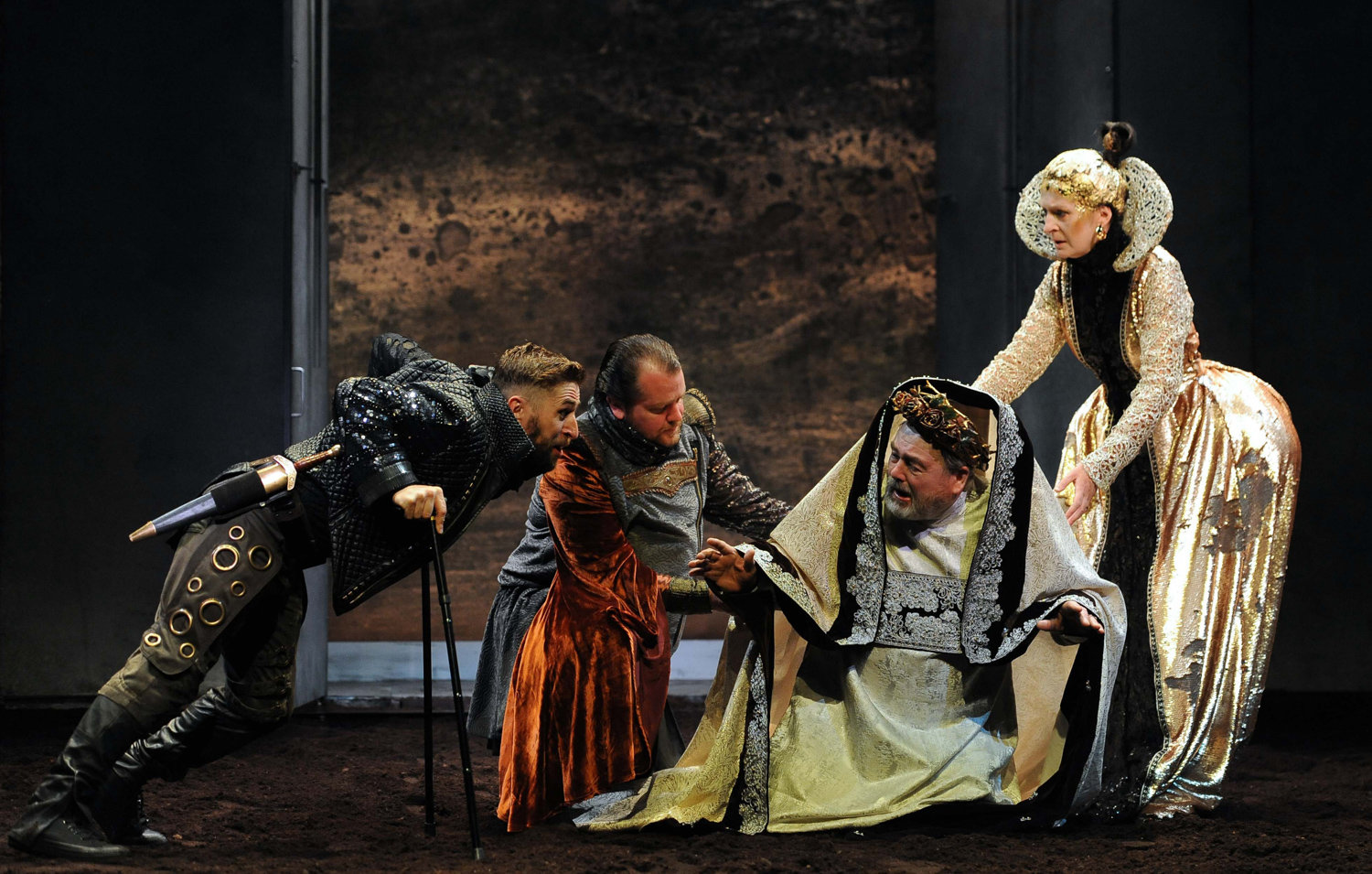 If you shudder at the thought of sitting through three hours of Shakespeare, think again. If you’re disappointed after witnessing a mediocre production of Shakespeare, rejoice. Or, if you are simply curious and wonder what the fuss is all about, start making plans: A new king is in town.

We can compare, on the basis of running time, the DruidShakespeare production of “Richard III” at Lincoln Center’s White Light Festival with another recent arrival. And if there were a three-hour category in the heavyweight mixed-media division, any smackdown between Martin Scorsese’s “The Irishman” and this “Richard III” would end with Shakespeare by a knockout, the winner and still champion.

The language is what makes the difference. Shakespeare etches his map of humanity in intricate and accessible poetry, upon our minds. The challenge to the actor is to find a way to make it live. And when that happens, we get ignition, lift-off, and a voyage like no other.

Scorsese knows what he is doing, and he does it very well. And any comparison between a 2019 film and a 1592 drama is an apples-and-oranges affair, or camera versus quill. The point is: Do not let the three-hour time commitment frighten you away.

It is well worth it.

Shakespeare decided to open “Richard III” with his anti-hero confiding to us, and taking pride in his evil intent to go for the crown, no matter what. It is the only such opening in the canon, and in that one simple stroke, Shakespeare wins the day. The other characters in “Richard III” try to match wits with him, and get rubbed out right and left. We are drawn in, fascinated by this “bottled spider.”

In the modern vernacular, his victims do not have the access. And he shares with us alone. And he shares in glorious torrents of that magical language. Without this frank intimacy, we might have a mere bad guy, another royal wreaking havoc.

But with his consciousness woven in full color into the action by him directly, Richard has us in his thrall. And Shakespeare makes sure to have his “carnal cur” check in with us from start to finish.

Aaron Monaghan plays Richard with gleeful dexterity. He makes the words crackle with intent and insight. This is a brilliant, unforgettable portrayal. And the rest of the Druid cast is equally on target, so that the long form of Shakespeare’s language is rendered here with a discipline of both character and delivery. We see it, we hear it, and — we get it.

Director Garry Hynes and her Druid design team render a unified approach throughout.

The look of the costumes and scenery exist in a realm beyond any defined time setting, but they perfectly underscore the cold calculation of Richard, the tenuous comforts of royalty, and the bleak grind of the state.

Every choice serves the mission, the wit, style, and gusto. And together, they uphold this ancient work with the exacting standards it deserves as a timeless work of art.