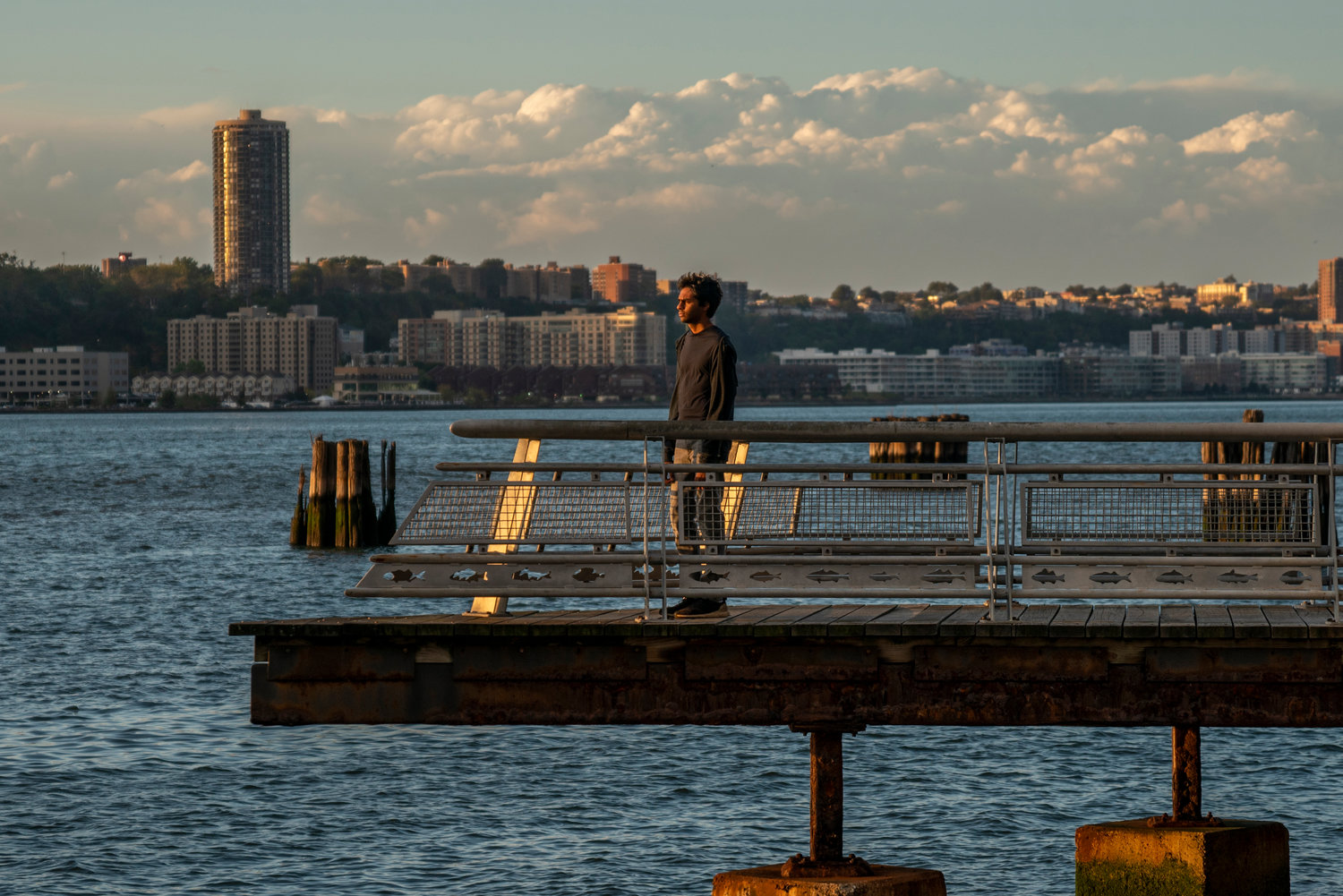 In the first year of the Scribe Writing Contest that Vishnu Bharathram created, more than 900 students representing 17 countries submitted either a short story or poem for consideration.
HIRAM ALEJANDRO DURÁN 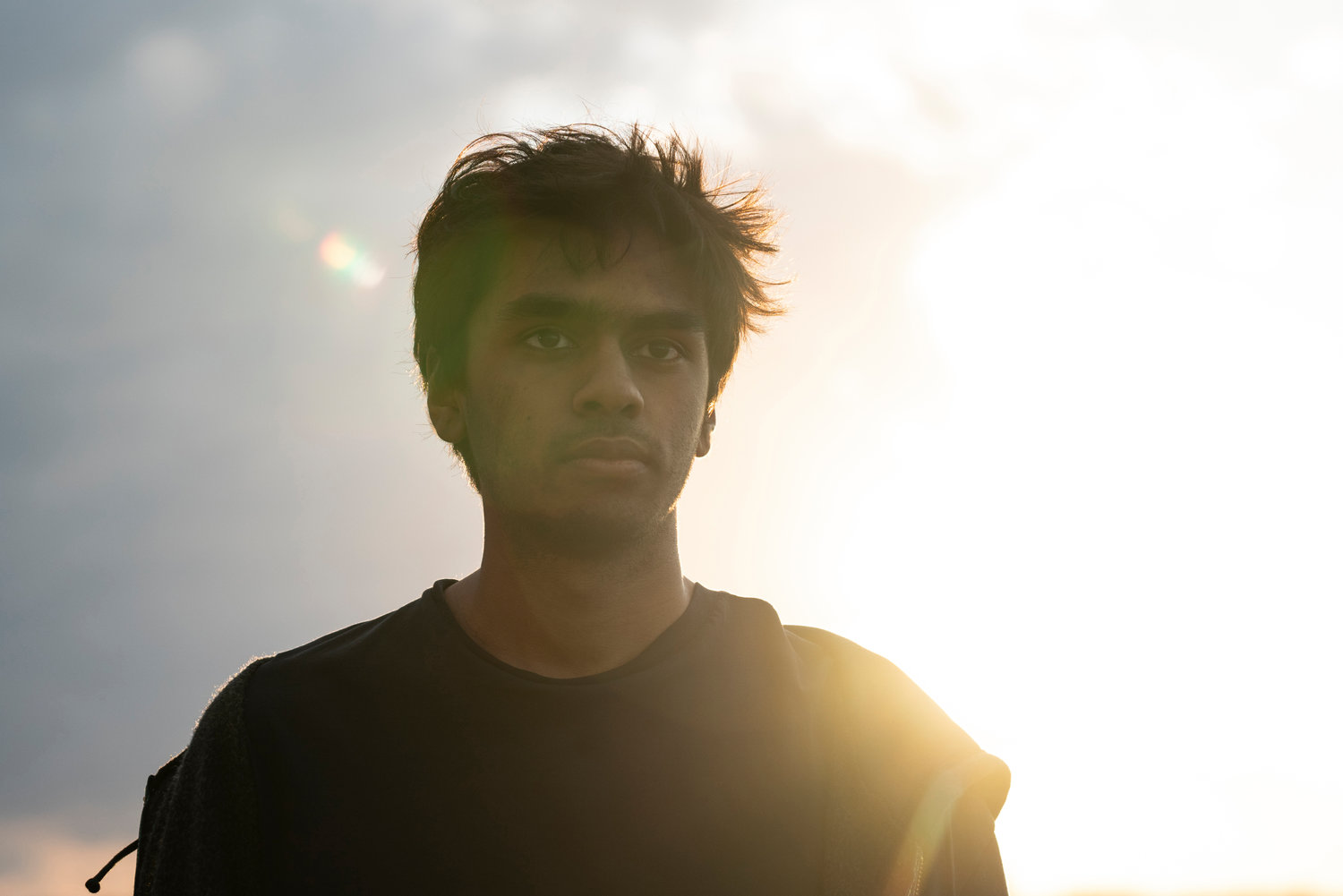 Vishnu Bharathram, a senior at Riverdale Country School, always loved writing. And during the onset of the coronavirus pandemic, he aimed to share that love with others by creating the Scribe Writing Contest.
HIRAM ALEJANDRO DURÁN 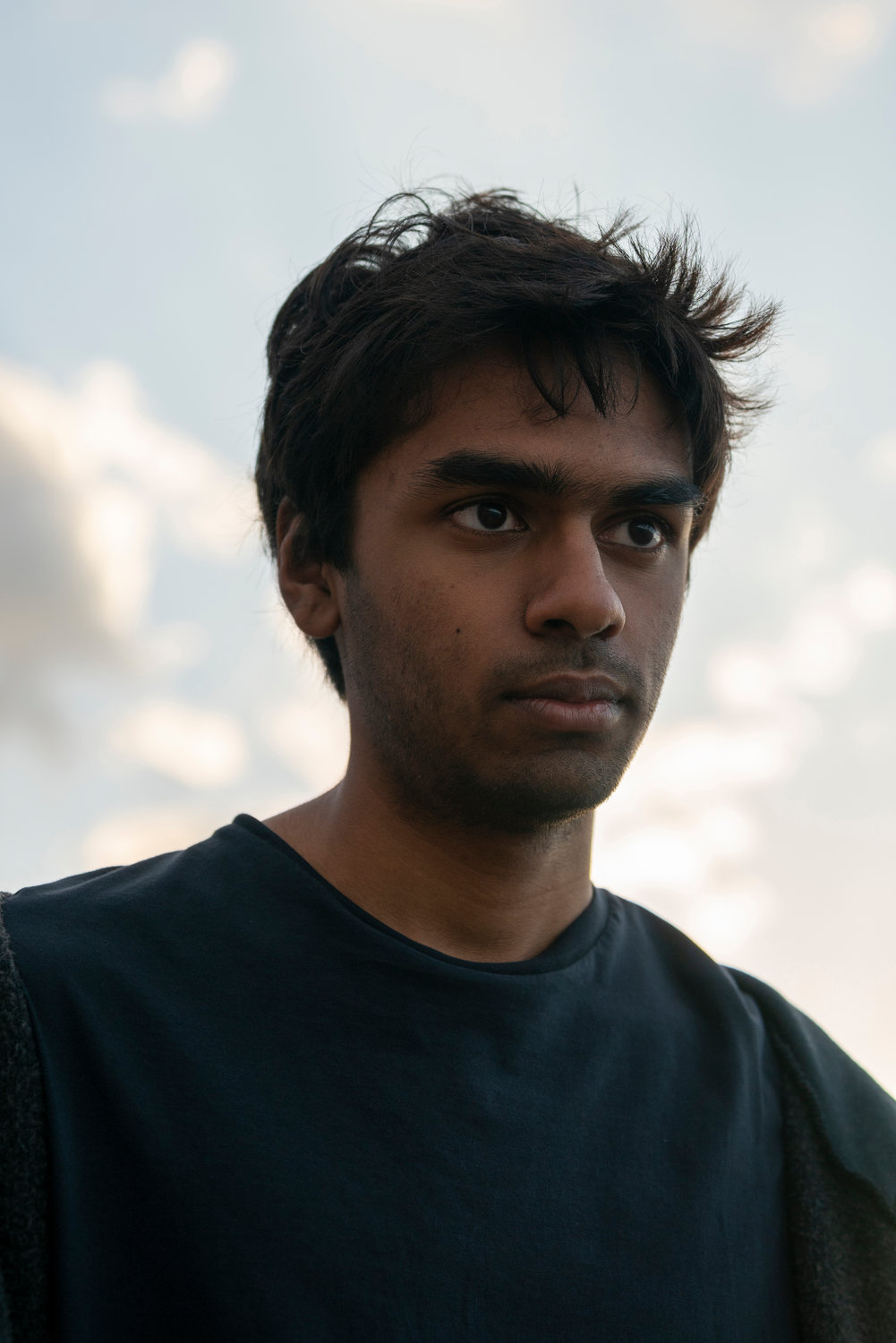 Vishnu Bharathram founded the Scribe Writing Contest during the height of the New York leg of the coronavirus pandemic. All entrants had two hours to write a poem or a short story based on a prompt provided by the contest.
HIRAM ALEJANDRO DURÁN 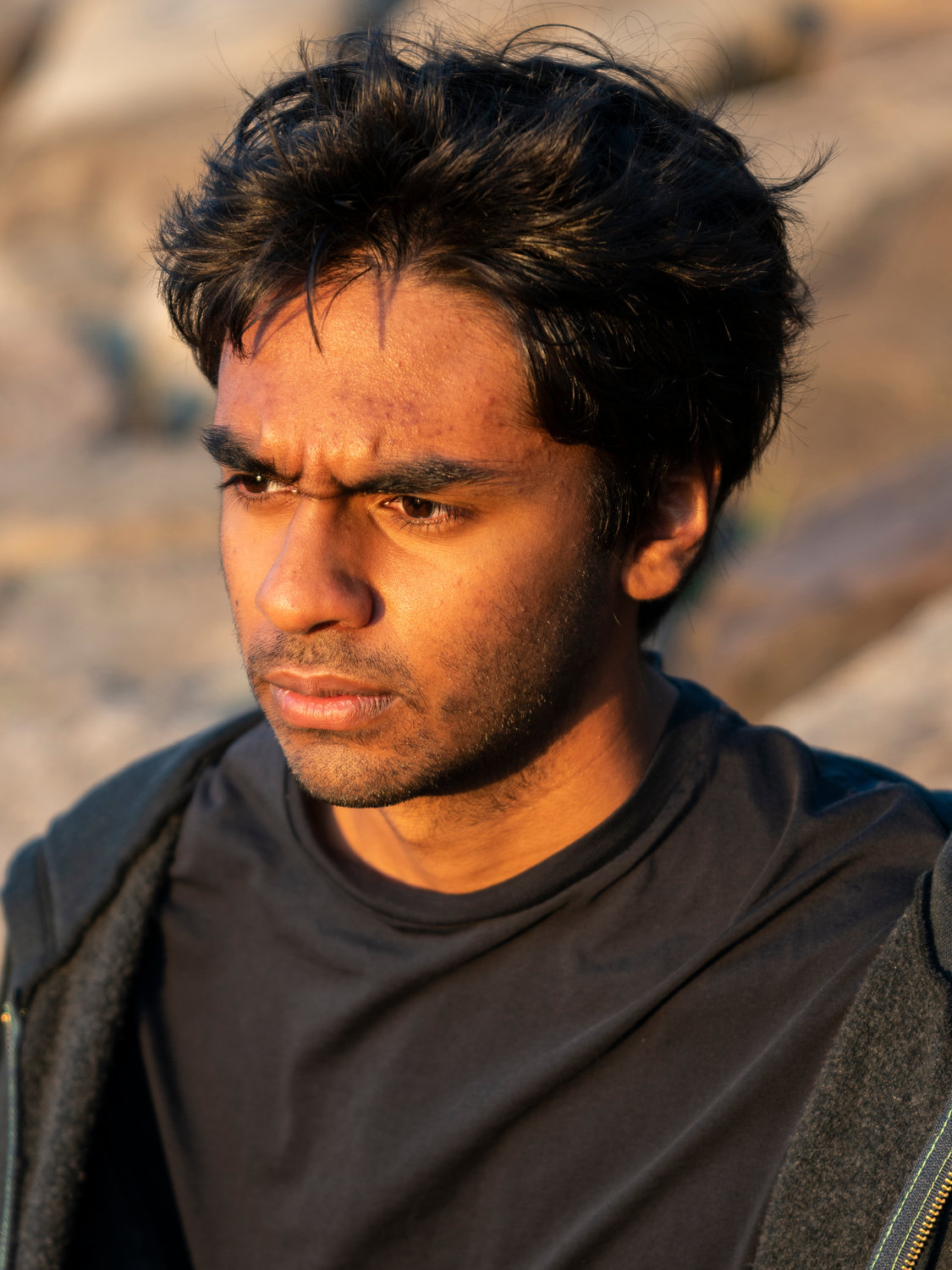 Riverdale Country School senior Vishnu Bharathram created the Scribe Writing Contest in hopes that writing would distract the teenagers of the world during the difficult reality presented by the coronavirus pandemic.
HIRAM ALEJANDRO DURÁN 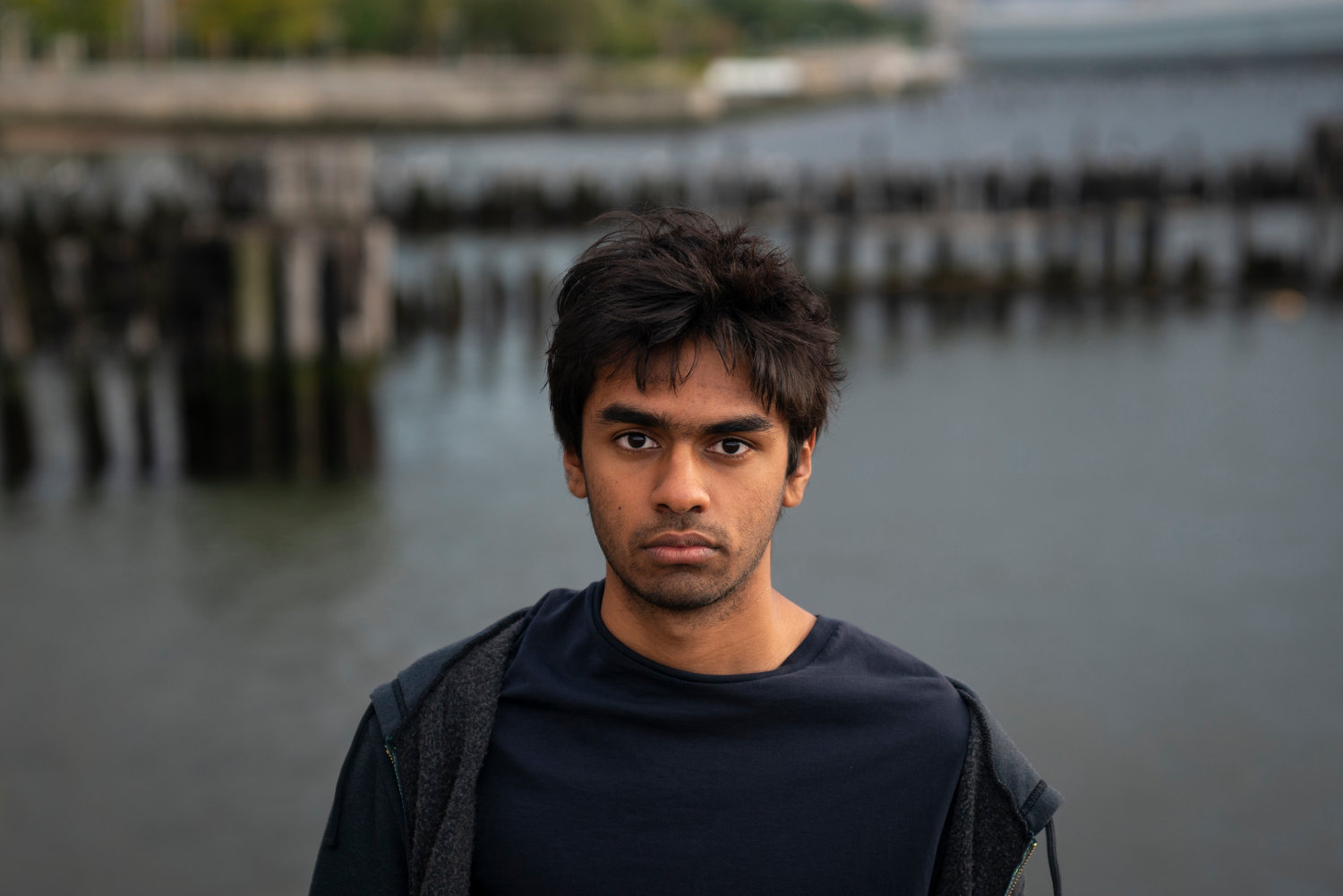 Even though he thinks the world has recently been stressing math and science-based disciplines, Riverdale Country School senior Vishnu Bharathram believes there is still value in creative writing and the humanities in general. This belief led him to create the Scribe Writing Contest this past spring.
HIRAM ALEJANDRO DURÁN
Previous Next
By ROSE BRENNAN

Five minutes. No more, no less.

Read the prompt, then write down anything and everything that comes to mind. Don’t worry about grammar, punctuation or crafting a complex plot arc. Just write.

This is a writing exercise Riverdale Country School senior Vishnu Bharathram knows well. And it’s an exercise which inspired the methodology behind his “what I did during the COVID-19 pandemic” project: A writing contest for teenagers around the world stuck at home during a public health crisis.

Back in March, Bharathram already was having thoughts of organizing such a contest. And the coronavirus pandemic all but pushed those thoughts into action, as he thought students across the world needed their minds to be on something other than their new reality of stay-at-home orders and social isolation.

Thus, the Scribe Writing Contest was born. Participants could choose to submit either a short story or a poem for the contest, but there was a catch: Once they began, they only had two hours to finish their entry.

This limited time window was inspired by an exercise Bharathram undertook several times at a young writers workshop run by The Kenyon Review, the literary magazine of Ohio’s Kenyon College. He would have between five and 15 minutes to read a prompt and respond to it with a poem or a short story.

And although Scribe Writing Contest participants had a bit longer to write their entries, the methodology is the same, and it’s one Bharathram personally describes as “liberating.”

“I thought it was very provoking and productive: Being able to just speak freely and write freely without worrying necessarily about editing every sentence or every word to perfection,” he said. “My hope was to just sort of recreate some of that magic that I experienced at Kenyon.”

The response to the Scribe Writing Contest’s maiden voyage was quite unexpected.

More than 900 submissions filtered in, representing 17 countries across six continents.

Each category had three winners each. In the poetry category, Isabelle Lu of Rockville Centre took home the top prize. In the fiction category, Frances McKittrick of Brooklyn won first place.

A distraction from the pandemic and an opportunity to flex some writing muscles might be reason enough to enter the Scribe Writing Contest. But it also received some help from six non-profit publishing companies, which sponsored cash prizes for the winners.

But while Bharathram might be a seasoned writer himself, he wasn’t the one who selected the winners. Instead, he reached out to English professors across the country to judge the entries — something he did as a leap of faith with an unexpected payoff.

“I was just a random high schooler with some random idea reaching out to some very eminent and important people,” Bharathram said. “They didn’t have any reason necessarily to do this. I’m sure they all had much better things to do with their time. But I think their generosity (and) their commitment to fostering creative talent … was enough motivation for them.”

Ultimately, seven English professors — two of them from Kenyon College, whose program inspired the contest — signed on to judge the entries.

While the first Scribe Writing Contest might be over, Bharathram is just getting started. Soon after the contest ended, he founded The Scribe Review, a non-profit journal composed entirely of essays written by high school students. Its first issue was published online last August.

In addition to creative writing, Bharathram also is passionate about analyzing literature. And while it’s difficult to get a creative writing piece published, it’s even more so for literary analysis — especially when academic journals mainly cater to college students and professors.

“I thought that was a tremendous wasted opportunity,” Bharathram said. “I thought that if people had a space to publish their writings in English, they might feel compelled (or) motivated to engage more deeply with that subject, to think more critically about literature and how to analyze it, because they might have the possibility to share that work with others.”

Bharathram hopes to continue the Scribe Writing Contest next May. Ultimately, he believes there’s a power in creative writing, and that power isn’t restricted to being useful as a distraction during a public health crisis.

“The skills and capacities which writing and the humanities build — the capacity to think critically, to imagine new things into being — I think those are extraordinarily useful things,” Bharathram said. “The more spaces we have for students to do that, I say the better.”