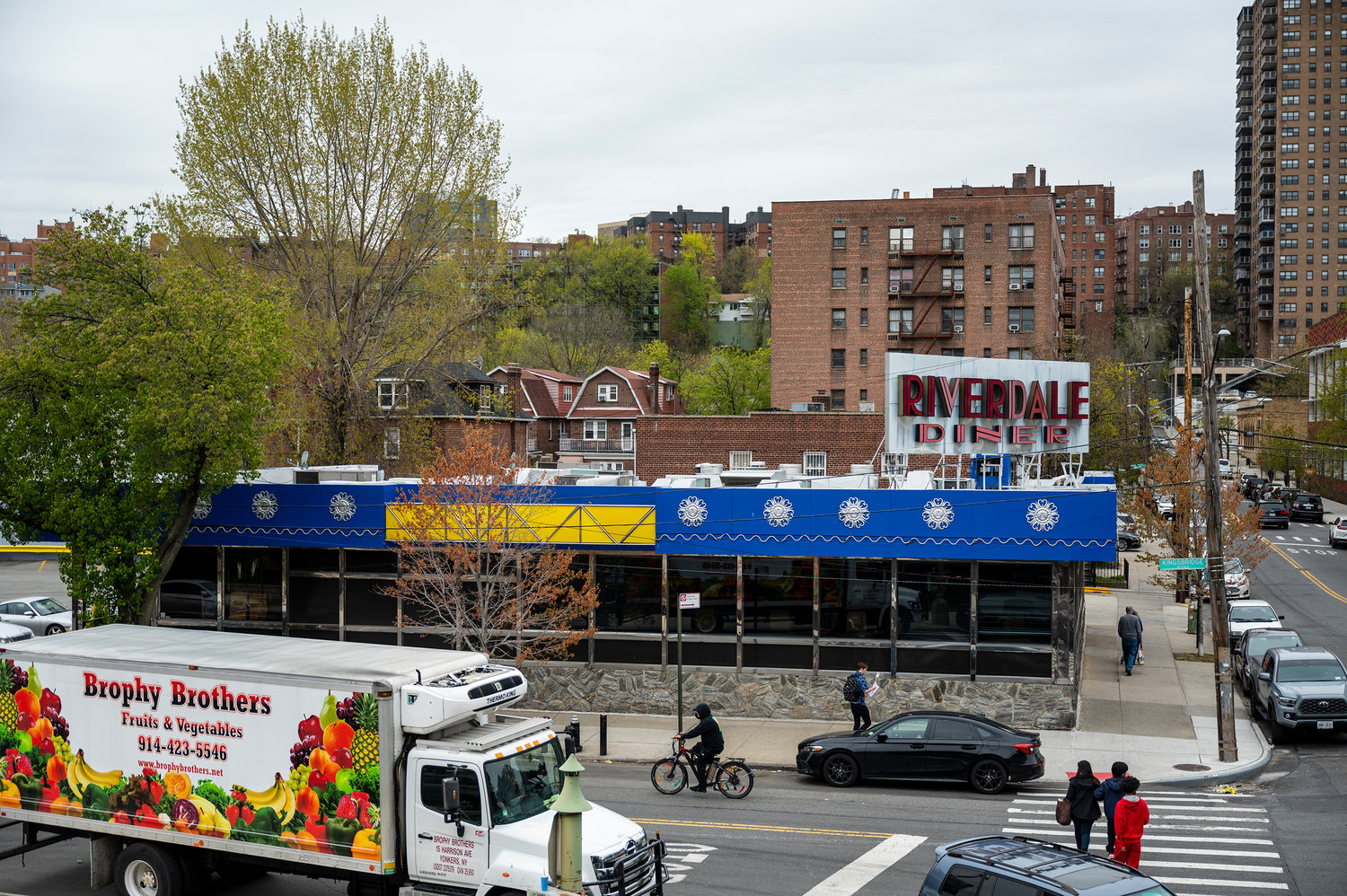 Despite a kitchen fire earlier this month. the owners at Riverdale Diner tell customers there are indeed plans to reopen the 3657 Kingsbridge Ave., location that many have visited since the Lyndon B. Johnson administration.
Hiram Alejandro DurÃ¡n
By GARY LARKIN

Anyone trying to call the diner the past two weeks has only heard an unusual busy signal. Anyone who walked over to the eatery at the corner of West 238th Street and Kingsbridge Avenue was met by an empty parking lot surrounded by yellow caution tape.  An email to the owners George and Anna Kaperonis bounced back with an “unknown address” message.

Regular customers have called The Riverdale Press inquiring about the fate of the diner, which has been around since Lyndon B. Johnson was leading the country as President of the United States.

But there is hope yet. A handwritten sign on two of the doors there tells customers to look for a grand reopening soon.

Gov. Kathy Hochul  on April 22 announced the MTA will deploy 60 zero-emission electric buses at six bus depots serving all five boroughs, including one in Kingsbridge.

These buses will provide service among numerous routes at the following depots:

This deployment deepens the MTA’s commitment to equity and environmental justice by prioritizing communities with high asthma and air pollution rates, Hochul said in an Earth Day statement. In New York City, approximately 75 percent of such bus depots are located in low/moderate-income communities, and transit bus routes run disproportionately through these neighborhoods.

“My administration is laser focused on speeding up our transition to clean energy,” Hochul said. “Public transportation has always been critical to reducing emissions and this deployment is a major step toward the MTA’s commitment to a zero-emission bus fleet by 2040.

“New York’s progress in modernizing our transportation infrastructure has far-reaching impacts that help address social equity and continue to cement our status as a national leader in the fight against climate change.”

Councilman Eric Dinowitz said, “With what we know now about the unnerving acceleration of climate change, it is welcomed news that the MTA is looking to do their part with the deployment of 60 new electric buses. This is just a first step towards a 100% zero emissions fleet by 2040, but a critical one. We are at a time where rates of asthma are soaring in The Bronx, and scientists across the globe are pleading with governments and private industry to take these steps to protect the livability of our earth.”

U.S. Rep. Jamaal Bowman stressed the impact this move will have on the city’s and borough’s carbon footprintg.

“Addressing climate change is critical for all of our communities,” he said. “Electrifying our transportation system is an essential part of that fight to protect people and our planet, and I believe that public transit should lead the way. I am happy to see the MTA taking concrete steps towards reducing greenhouse gases while providing reliable transportation for neighbors here in New York’s 16th Congressional District. I look forward to supporting the agency in accelerating its transition to clean energy, and bringing not only our district but the nation into a more sustainable future.”

In addition, five of these bus depots will be equipped with new state-of-the-art charging infrastructure to support the MTA’s growing electric bus fleet starting in the second half of 2022: Grand Ave, Charleston, East New York, Jamaica, and Kingsbridge. The on-route charger at Williamsburg Bridge Plaza will also receive updates. All infrastructure upgrades will be completed in advance of bus arrivals at each depot.

The initiative puts green buses on the roads of neighborhoods that will most benefit from them, and will accelerate the Authority’s progress in further cutting carbon emissions in its bus fleet.

The MTA currently has more than 1,300 low-emissions hybrid buses in its fleet, including 399 2nd generation hybrid buses, which run on battery-only EV mode a portion of the time.