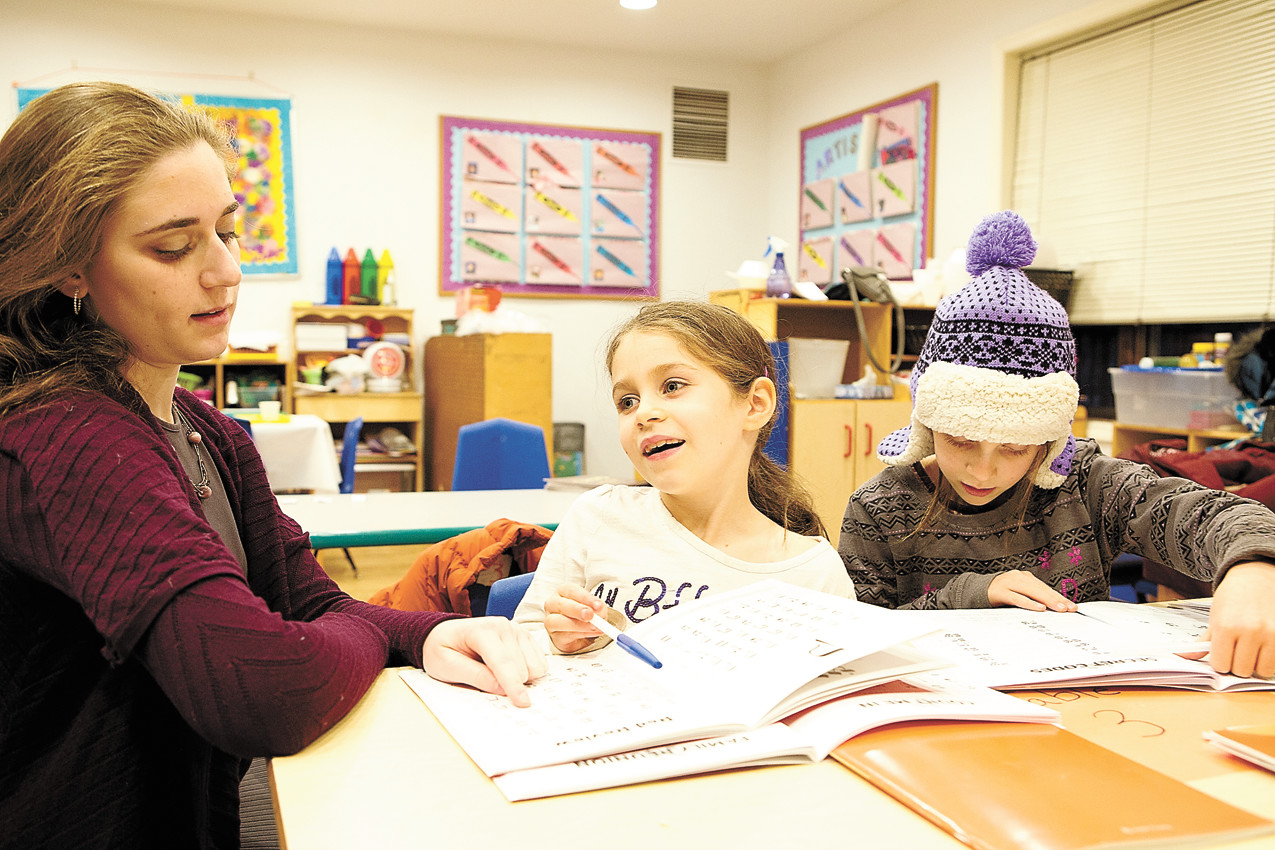 On Monday afternoon, a small group of children crowded around a table at Chabad Lubavitch of Riverdale. Two young women sat with them, teaching the students to read Hebrew.

“We consider it a holy language and so we want our children to be able to carry on and be able to read that language and teach it to their children and know it. It’s the language of the Torah, of our Bible, so it’s very important for us to know it,” said Mushka Butman, who runs the Chabad’s youth programs. She is also one of the two Hebrew teachers.

Ms. Butman said the Chabad uses a common and effective series of workbooks to guide students through: first the alphabet, then the vowels, then putting everything together to form words and eventually sentences.

The program is only about a month old, but seventh-grade student Molly Egan is already learning to read full words. She used to know a little Hebrew when she was younger, so the program at the Chabad is a good refresher.

“My older sister, she lives in Israel, and they all speak Hebrew and write Hebrew, so I’ll be able to [talk with them],” she said. “Also, our family friend, she can also only write Hebrew, so I can never text her or anything, because I can’t read Hebrew.

So I’ll be able to text her and stuff.”

Eventually, Molly said, she wants to learn to speak Hebrew. If she does, she will find a large community of Hebrew-speakers in Riverdale.

Avigdor Gargy, who emigrated to the U.S. from Israel in 1988, is one such polyglot. He started a Hebrew literature club at The Riverdale Y, where about 10 seniors gather to read and discuss works by famous Israeli authors every Tuesday. Afterward, they sing Israeli songs.

“Everybody is fluent in Hebrew,” he said. “If not, they cannot keep up.”

That is because the club is a chance for fluent Hebrew speakers — most of them Israeli, with a few Americans — talk about the works in the language they were written in.

“Each time someone speaks something in English, I say no, only Hebrew,” Mr. Gargy said.

Last week, for example, the group read and then analyzed several of short stories by Shmuel “Shai” Agnon, an Israeli author who won the Nobel Prize for Literature in 1966.