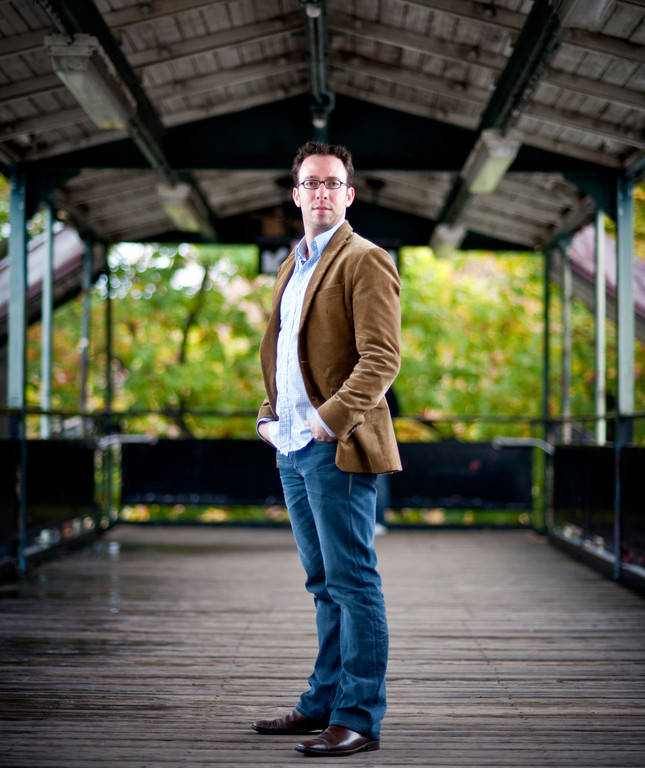 Computer whiz Karim Issar crosses the Atlantic Ocean in a long journey from the Middle East to earn financial security for his daughter and his father. At least that’s the story that Riverdalian Teddy Wayne told in his much-praised novel, Kapitoil, released earlier this year.

“I’ve always been keen to write on outsiders,” Mr. Wayne said, “so I invented a new voice that was grammatically perfect and in finance talk. The test was to make it poetic and beautiful at times.”

Evidently he passed the test. The novel has netted fine reviews since its May release, landing recently on the Huffington Post’s list of the top 10 books of the year. Earlier, Booklist called it one of the year’s 10 best pieces of debut fiction.

“In Karim Issar, the computer programmer from Qatar who arrives in New York in October 1999 to help Shrub Equities with Y2K debugging, we have the year’s most endearing protagonist,” according to critic and writer Anis Shivani’s at Huffington Post. “Wayne deftly reverses a number of clichés about the movement of ideas and energy between the West and its others,” he said.

In the book, protagonist Karim discovers a world beyond money and numbers. The man who thinks in digits, fractions and equations has an epiphany in Central Park. At least Manhattan’s green space made the cut. The same cannot be said for Riverdale. Mr. Wayne, 31, had wanted to stage one of Karim’s moments at Wave Hill, but the scene was omitted from the final text. Honoring the neighborhood where Mr. Wayne grew up with a cameo was one goals left unfulfilled.

After moving to Riverdale from Yonkers at age 10, Mr. Wayne attended the Ethical Culture Fieldston School. He attended prestigious universities, Wesleyan and then Harvard before working as a substitute English teacher at Fieldston.

As an instructor himself, he said he corrected essays by e-mail from a group of Asian students. They had learned to speak English with a lexicon of business-related language. That experience informed Wayne’s choice of language for Karim, a math junkie constantly breaking down real world objects into numerical forms.