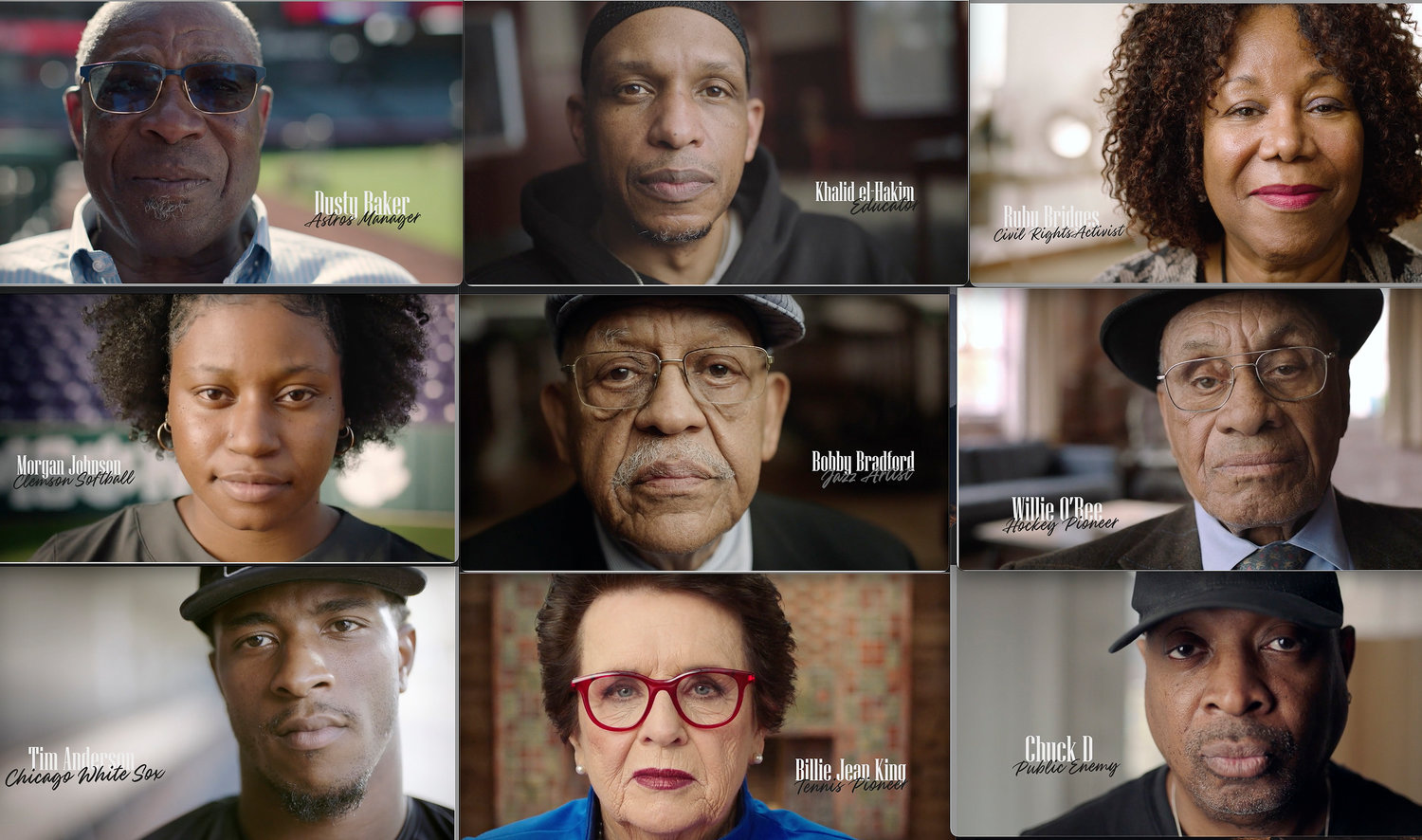 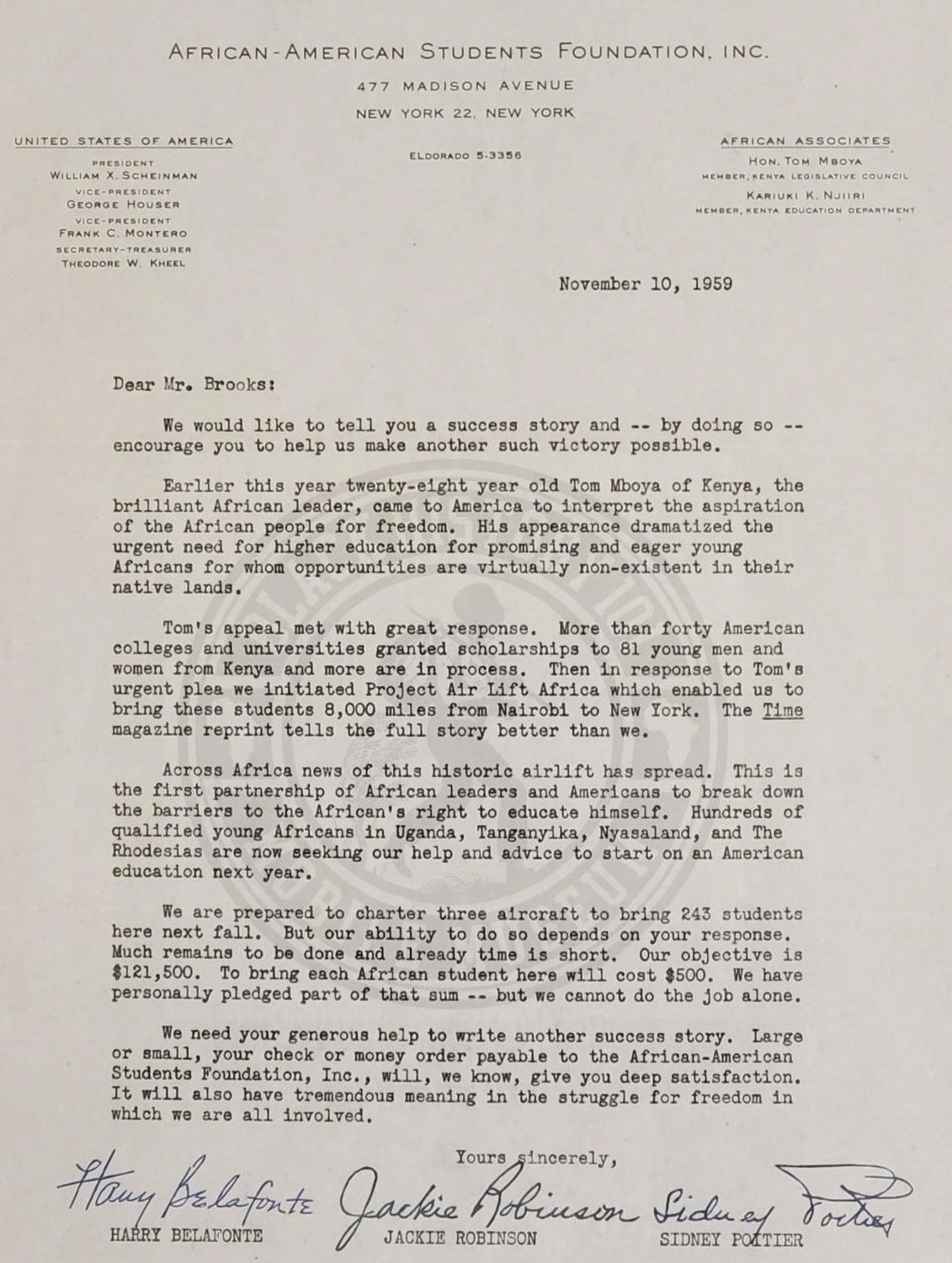 Singer Harry Belafonte, Hall of Fame baseball player Jackie Robinson, and actor Sidney Poitier signed a letter in 1959 to raise funds for the African-American Students Foundation so the organization could fly African children to schools in the United States.
Courtesy of The Black History 10 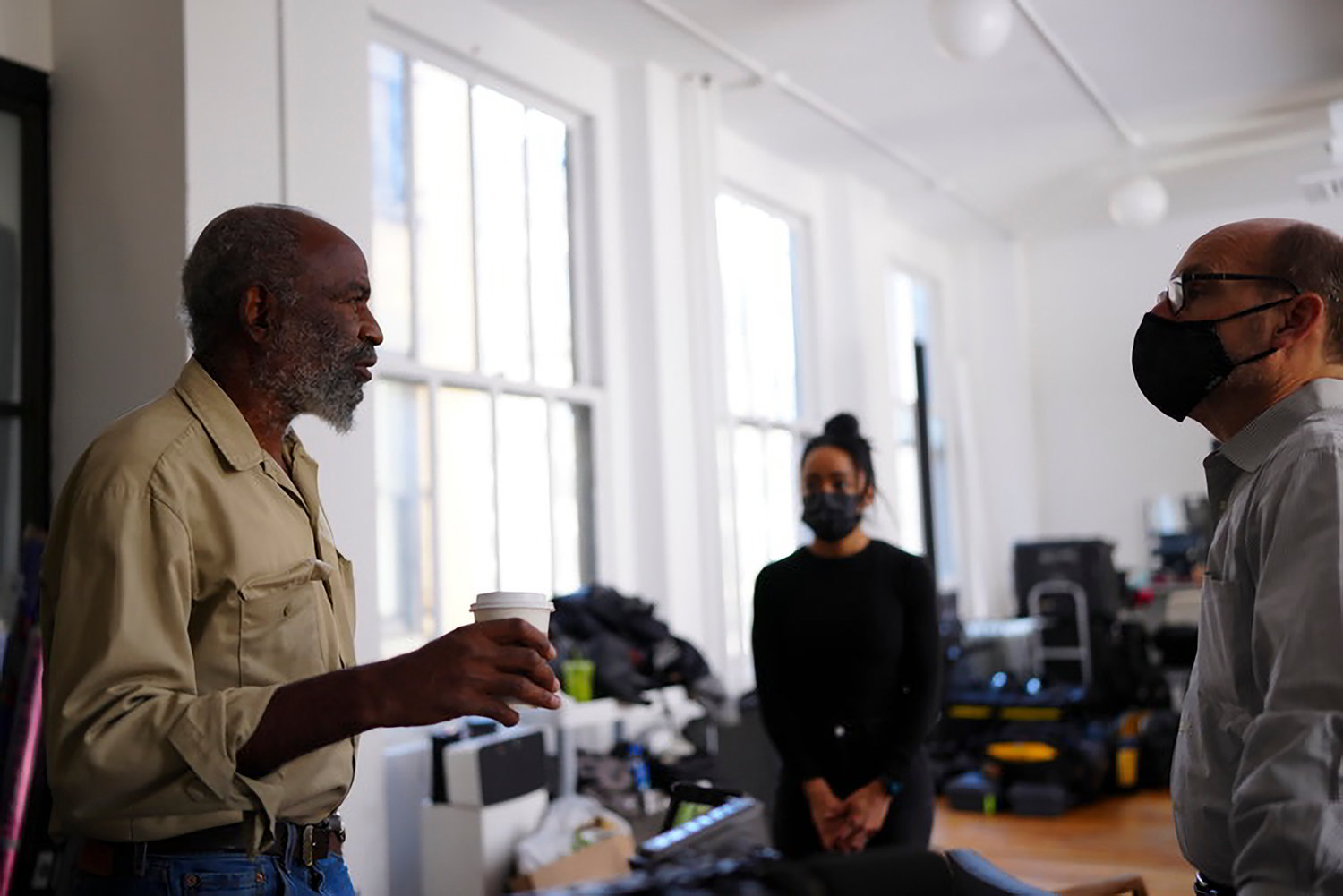 ‘His own teammates famously held a petition drive to derail the opportunity for (Jackie) Robinson.’”
WILLIE WEINBAUM ESPN journalist
From 'Jackie to Me'

Willie Weinbaum and two fellow ESPN producers created a series of short stories for the network’s commemoration of the 75th anniversary of Jackie Robinson’s breaking of the color barrier in Major League Baseball as a member of the Brooklyn Dodgers.

They interviewed a dozen people — civil rights activists, athletes and entertainers, among others — about their personal reflections on the life and legacy of the late Brooklyn Dodgers second baseman.

The series can be found by visiting ESPN.com and then doing a search on the website for “Jackie to Me.”

While all of Major League Baseball last week celebrated the 75th anniversary of Jackie Robinson’s breaking the color barrier, two families with roots in Fieldston and Riverdale recalled another story involving the Brooklyn Dodger great.

It had to do with a 1959 fundraising letter penned by the Hall of Fame second baseman, joined by singer Harry Belafonte and actor Sidney Poitier. It turns out the letter — an appeal to raise money for the African-American Students Foundation drive to aid “Project Air Lift Africa” — was a central part of Khalid el-Hakim’s Black History 101 Mobile Museum.

“One of my co-producers, Jeff Ausiello, learned about the work of Khalid,” said Riverdale’s William “Willlie” Weinbaum, himself an ESPN journalist who has done extensive reporting about Jackie Robinson. “In speaking about his artifacts, Dr. el-Hakim said he had collected material of (the Black experience) for 31 years. And perhaps the most interesting artifact he shared was the letter signed by Robinson, Belafonte and Poitier.”

Weinbaum, Ausiello and co-producer Lauren Stowell were so intrigued by el-Hakim’s story and its tie to Robinson, they decided to dedicate an entire segment on him as part of their special “Jackie to Me” video series. For Weinbaum, an important part of his career has been dedicated to documenting the life and impact of Robinson. He co-produced a documentary in 1997 that included an interview with his widow, Rachel, and National League opponents of the Dodgers from 1947 who shared groundbreaking accounts of plans to go on strike if Jackie took the field for Brooklyn.

“His own teammates famously had a petition drive — thwarted by management — to derail the opportunity for Robinson,” Weinbaum said.

Once Weinbaum and his colleagues spoke with el-Hakim about the letter, they dug a bit more to discover the story behind it. It led Weinbaum right back to his very own hometown.

Cora Weiss, a Fieldston native and former executive director of the African-American Students Foundation, worked with Ted Kheel and Frank Montero to set up the letter drive.

“When I contacted Cora Weiss, I was looking for the most compelling visuals (photographs and clippings) for our video feature,” Weinbaum said. “We did know about one photo of Jackie Robinson with some students who benefitted from the foundation’s efforts.”

The letter was an appeal from the foundation to donors to continue “Project Air Lift Africa,” where Kenyan leader Tom Mboya worked with more than 40 U.S.-based colleges and universities to bring African students over to the United States to guarantee them an education. They wanted to raise $121,500 — or nearly $1.2 million today — to bring 243 students to the United States from “Uganda, Tanganyika, Nyasaland and the Rhodesias.”

“I and Frank carried all the letters to the U.N., to get postmarked there,” Weiss said. “That was the extent of the work with us.”

But when the students arrived, “we took Jackie, Harry and Sidney on a boat trip and he — Jackie — took the time to speak to the students about racism.”

But the story about Robinson’s philanthropy doesn’t end there. In fact, the seeds were sown by another Fieldston family — the Simons. The same Simon family instrumental in the creation of the Simon & Schuster publishing house and even singer Carly Simon.

“You can’t forget the Simons,” Weiss said. “They were close to Jackie, and involved in civil rights. The mother, Andrea, would buy potted plants and sell them to raise money for the Riverdale Mental Health Association.

“They always had fundraisers on their lawn. They had three daughters who would sing on Waldo Avenue. They did that to raise money for the civil rights movement.”

Weiss and the rest of the foundation’s officers were able to rely on the kindness of others as they set up offices on Madison Avenue.

“Ted Kheel got us our office in the first glass skyscraper in New York City,” Weiss said. “It was owned by the man who had owned ‘Lassie,’ the dog on TV.”

The foundation, which lasted until 1963, brought more than 770 students from 10 East African countries — a vast majority 85 from Kenya — to the United States. In 1960, the Joseph P. Kennedy Foundation donated $100,000. Those funds were used to charter planes that brought another 220 or so students from east and central Africa.

Some of those students would go on to become big names in the future, like Wangari Maathai, who later became the first African woman Nobel Peace laureate. Barack Obama Sr., father of the 44th President of the United States, didn’t come on one of the planes charted by Weiss’ foundation, but he did receive financial support from the group once he was settled in Hawaii.

In the end, Weinbaum and his ESPN team made sure to create a series that included not just star athletes, but others from different walks of life who were affected directly or indirectly by Jackie Robinson’s influence. Whether it was the Rev. Jesse Jackson, civil rights activist Ruby Bridges, Jackie Robinson’s son, David Robinson, or jazz performer Bobby Bradford, Weinbaum wanted to show all facets of Jackie’s impact.